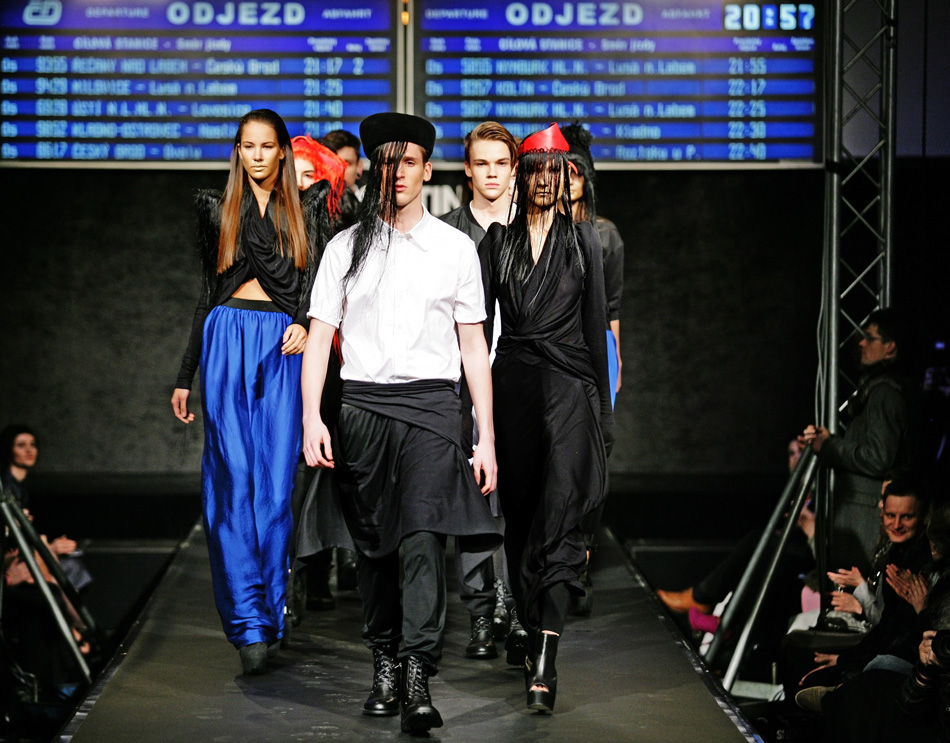 Shooting Fashion Stars is a project dedicated to giving a platform for the new generation of Czech designers, artists and fashionistas. Taking place in Prague on April 11th, 2013, the show wowed spectators by shunning the generic and choosing to host the event in an operating train station. The busy hall was transformed into a quirky runway, situated just under the departure boards, meaning the audience were not only privy to the designs on the catwalk, but also Prague’s hottest street styles, with people running to catch their trains.

While it’s always exciting to discover the roots of designers who are internationally acclaimed, it’s equally rewarding to watch artists who are just about to kick start their careers. Shooting Fashion Stars have been working on this project for nearly ten years, so it was with great anticipation that Schön! Magazine’s very own Olga Selivanova stepped into that glamorous train station in Prague. 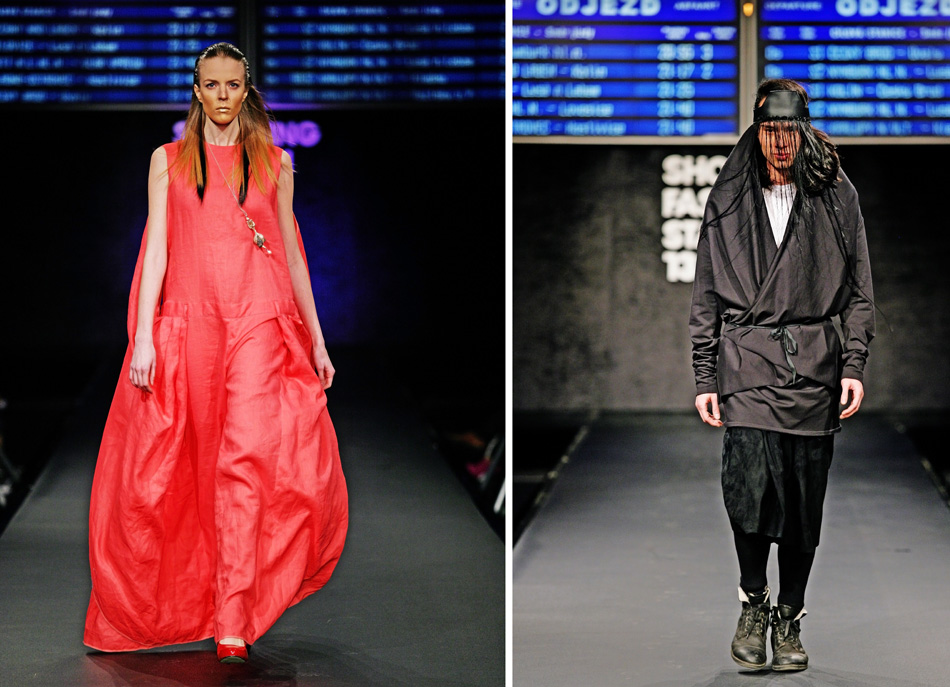 Žít tebou. Living you. That is the title of Miroslava Horká and Štěpán Růžička’s artistic collaboration. The team created a men’s collection with theatrical details and are topped with accessories by Mirka Horka. They describe the inspiration for their pieces coming from a magical landscape, “here and there, seagull flashes, a symbol of freedom.”

Another promising presentation was Monika Přikrylová. Her collection is heavily inspired by the simple life of Mongols, taking elements of their traditional clothing and blending it with European colour schemes. Edgy cuts, glossy fabrics and the signature hats work in a way that brings a bit of exceptional extravaganza to Asian daily wear.

Pavel Berky’s collection “Coming Out” leads him back to his origins too: Roma culture. The neighbourhood he grew up in, in southern Slovak Republica -among other visited destinations- acts as inspiration to a colourful and fearless catwalk collection. Eccentric cuts and vibrant shades of red, with flowing robes. 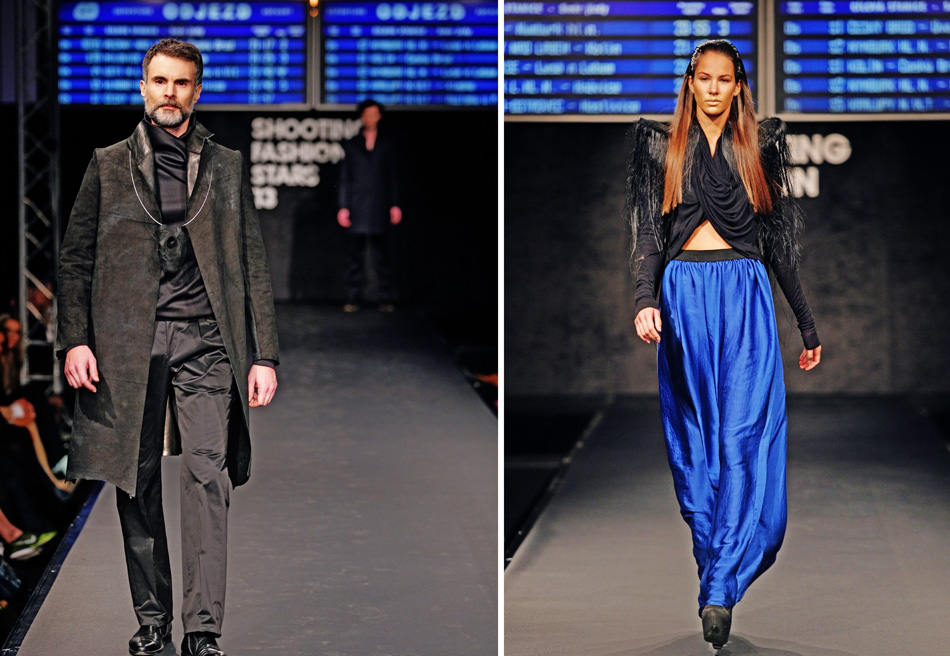 The idea behind the Shooting Fashion Stars show is to begin laying the foundation for a successful fashion industry within the Czech Republic, something that the designer and professor (Academy of Arts in Architecture and Design, Prague) Pavel Ivanic, believes is a long time coming.
He addressed the current issues of finding buyers for a collection, “It’s just difficult, because the fashion business -the fashion industry- doesn’t really exist or it doesn’t really work in this country.” He explains, “If you do shows and if you do big presentations, no buyers are coming in. I’m not even talking about international buyers, [I mean] in this country alone. There are [a] few small boutiques, where we sell particular parts of the collections. We sell leather accessories in one nice shop in the centre of Prague and other things, but it’s not about, you know, getting orders. ”

Unfortunately the Czech design business suffered a blow when the industry deteriorated in the second half of the 20th century, something we are currently seeing a recovery from. Eva Eisler, who also teaches at the Academy of Arts, believes that this puts a stronger emphasis on the individual. “Now it’s up to young people. It’s their future, they have to find these companies and convince them that they should start collaborations. You know, here and there it’s already happening.”

By aiming to raise international awareness of the professionalism and talent of Czech designers, the Shooting Fashion Stars initiative will no doubt provide a perfect starting point for the rejuvenation of the Czech Republic’s fashion industry. 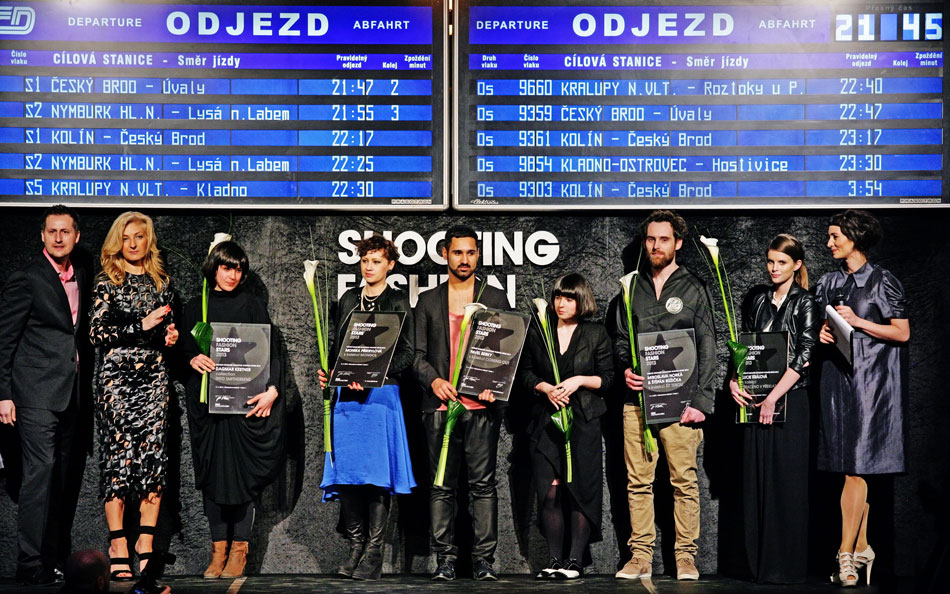 This trip was kindly organised by Czech Centre London and Stars Communication.