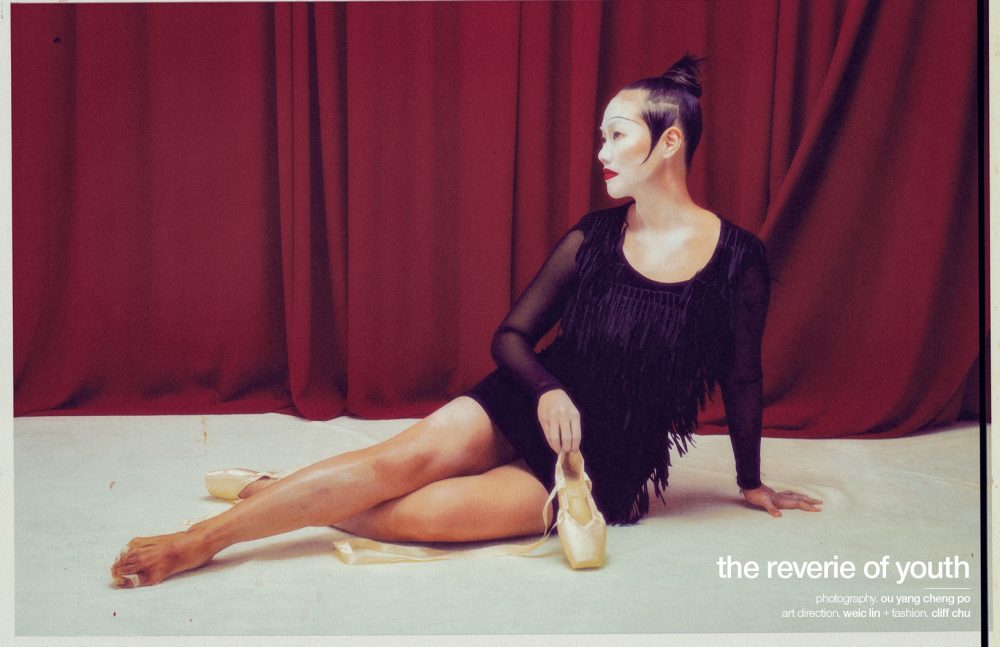 During childhood, we dream that we would be someone. That small dream can develop and get larger as we grow up or it can be buried deep inside the bottom of our hearts. For this project, Ou Yang Cheng Po, Sting Hsieh and Weic Lin gather a group of people who still remember their childhood dreams. Even though they haven’t become exactly the person they saw in their dreams, through the creation of these images they see the power of dreams, rooted in people’s hearts whenever and wherever we are.

“I wanted to become a ballet dancer to experience the ultimate liberation and control of my body, and to feel the passion that flows around my body.” 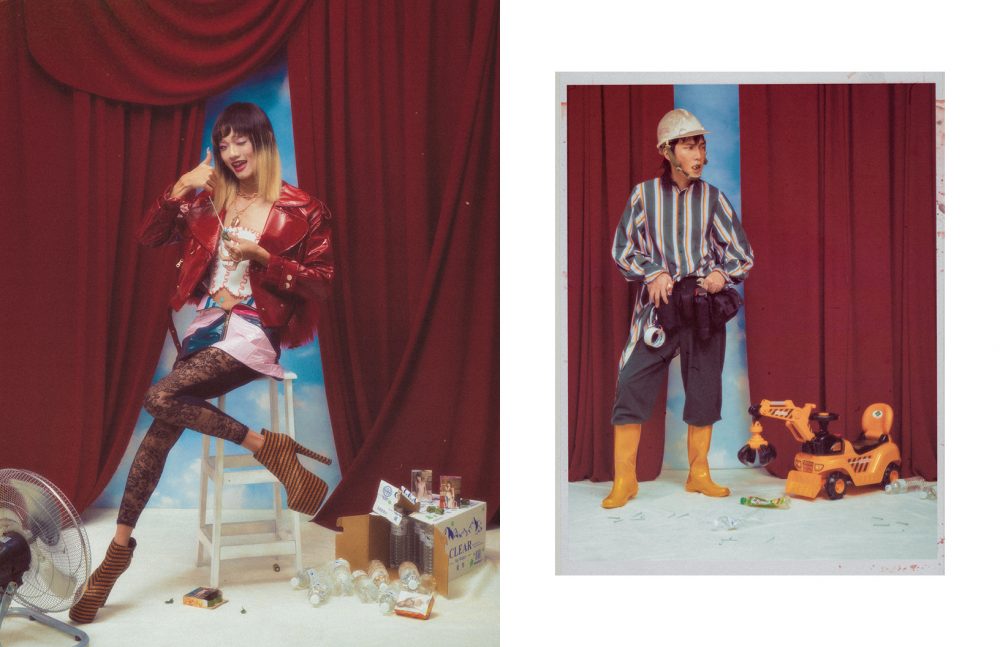 “When I was a child, I passed by a small shop with my family. I really admired the betel nut beauties, standing behind the table, wrapping betel nuts calmly and elegantly, waiting for clients, and also protecting each other from the sex assaulting due to their dresses. I wanted to be someone strong, independent, and hot just like them.”

“I have always loved animals. Yet as a child, I had dreamt about becoming an excavator driver, racing on highways, hustling between destinations to protect endangered animals and wildlife.” 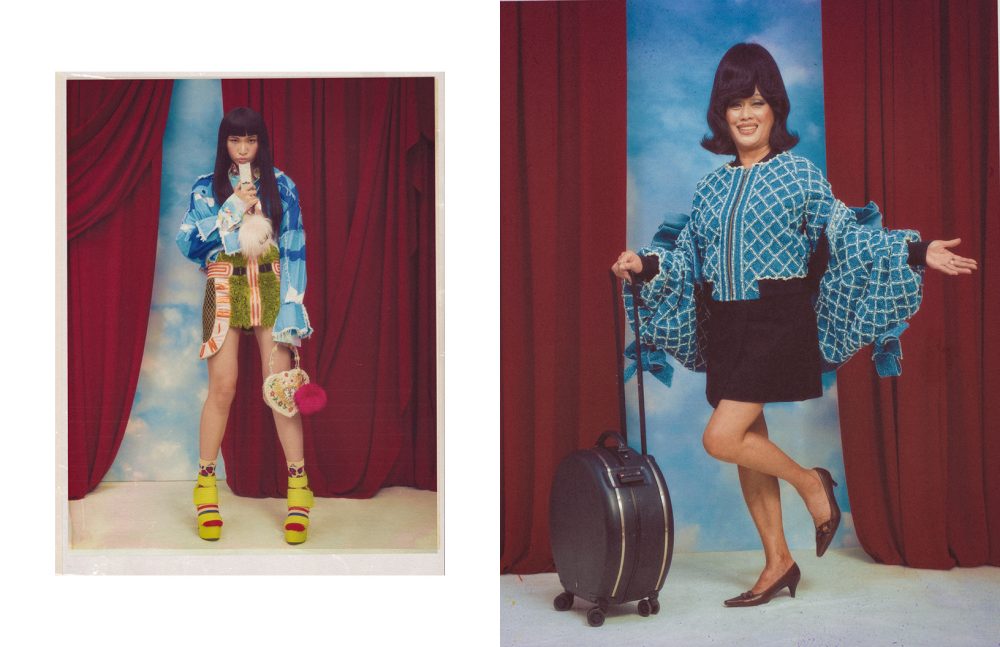 “In my childhood, I spend a lot of times in the comic shop near my parents’ house. And at the time, I was really fascinated by this cute, little girl. She looked like the characters that would have been seen in every series. For the most part, they are the most popular and welcomed by all, and are described as a pure combination of all the attractions and perfections. Yet, other features besides their physical attractions are not always specified. For a very long period of time, I really dreamt about becoming this kind of glamorous and popular figure who seemingly has nothing to do, but to always be kawaii.”

“I grew up in a very small and remote village. That made me want to be a flight attendant so that I could leave this small place, fly around the world and see different things that I never have seen. Now, since my job as a housewife is quite easy to do, I want to go back to the remote villages and help those children who live there without enough resources to achieve their dreams.” 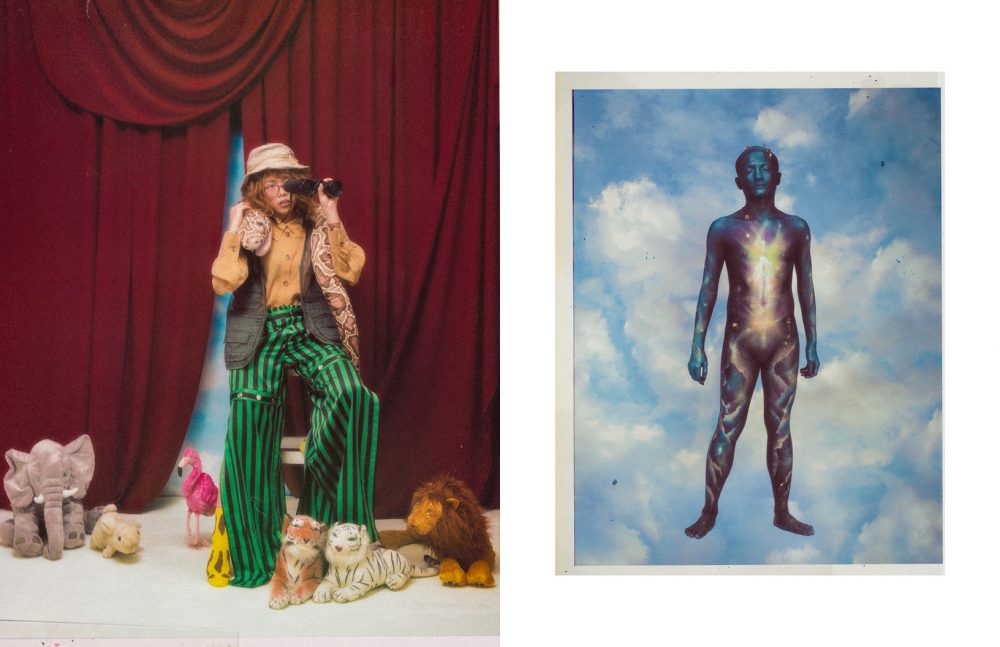 Ting-Wei Chang — from actress to zookeeper

“Spending times with animals is the best thing on earth, not to mention making a living doing it. The best thing is that I still got a chance to do it now.”

Sheng-Yu Lin — from student to God

“Physical and mental issues have long put me in a status of instability, and heavy medication is used to make sure things are on track. It sucks to know that you are not the actual person having the power over your own life. And if I could, I wanted to have the power to change the world, to become the king of my own world, and to become something like… a God?” 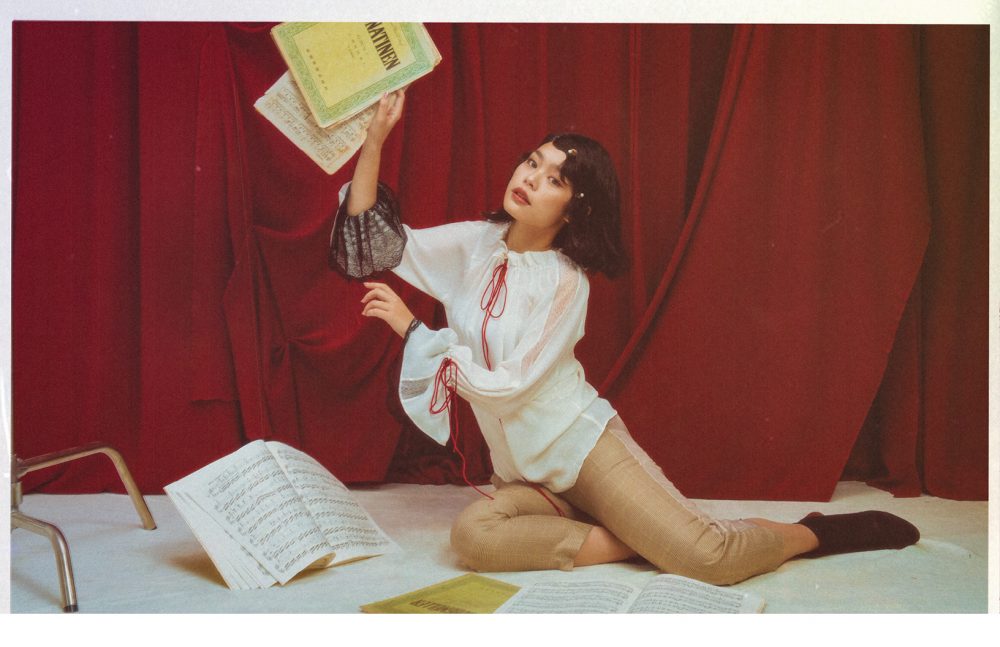 Ruyi Zheng — from journalist to pianist

“I started taking piano lessons from an early age and had always enjoyed the times despite all the efforts demanded to make any progress. However, I was forced to give it up for choosing a more academic path.” 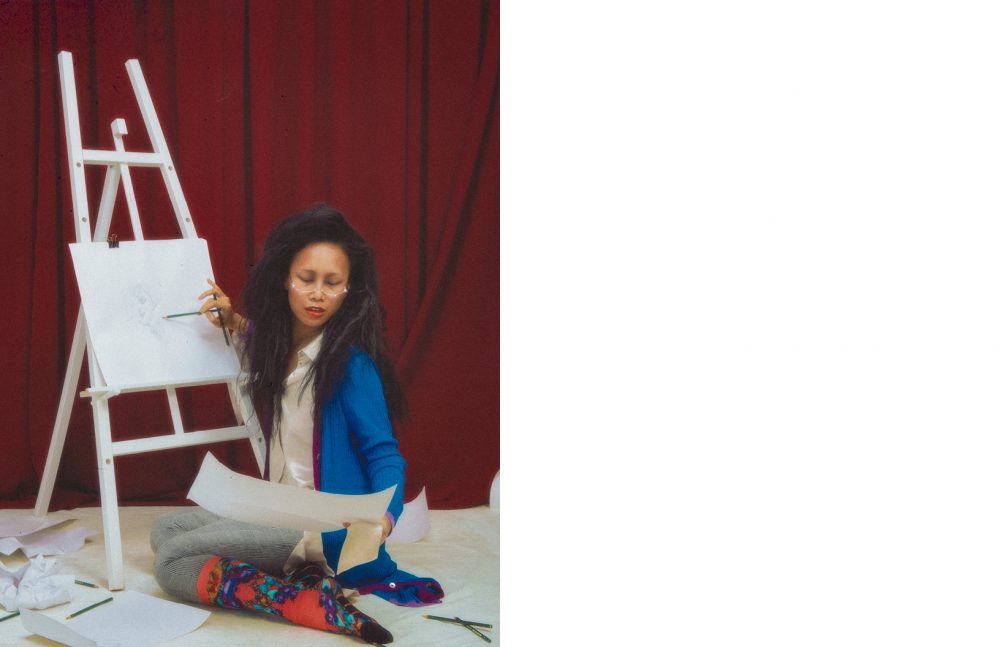 Yi-Ling Jong — from artist to mangaka

“I used to draw every night, and I thought it would be wonderful if what I made became real right in front of me, which the best way is to draw them down. I had so much in mind, waiting to be told, and I think that was why I wanted to be a mangaka.” 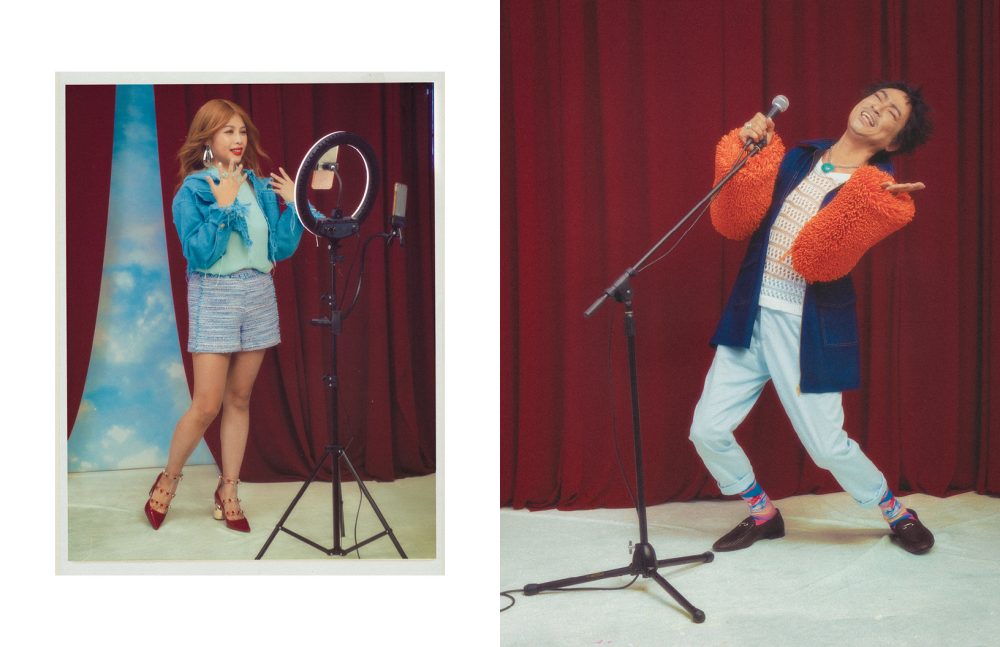 “When I was young, I wanted to travel around the world, so I wanted to save a lot of money to see all kinds of things. However, growing up, I realised I couldn’t achieve my dream. I met my husband, the man I love. I am a housewife now, but I still have an open mind. I’m willing to see and try something new. I hope that one day, when my children are old enough, I can follow the dream I had with my husband and go anywhere.”

Shu-De Lee — from hair and make up artist to singer

“When I was young, I wanted to stand on the stage, be a singer. I was admitted to the actor training class of CTS where I started to learn how to do hair and makeup. I realized that I was actually suitable for the work behind the scenes, instead of being someone on the stage.” 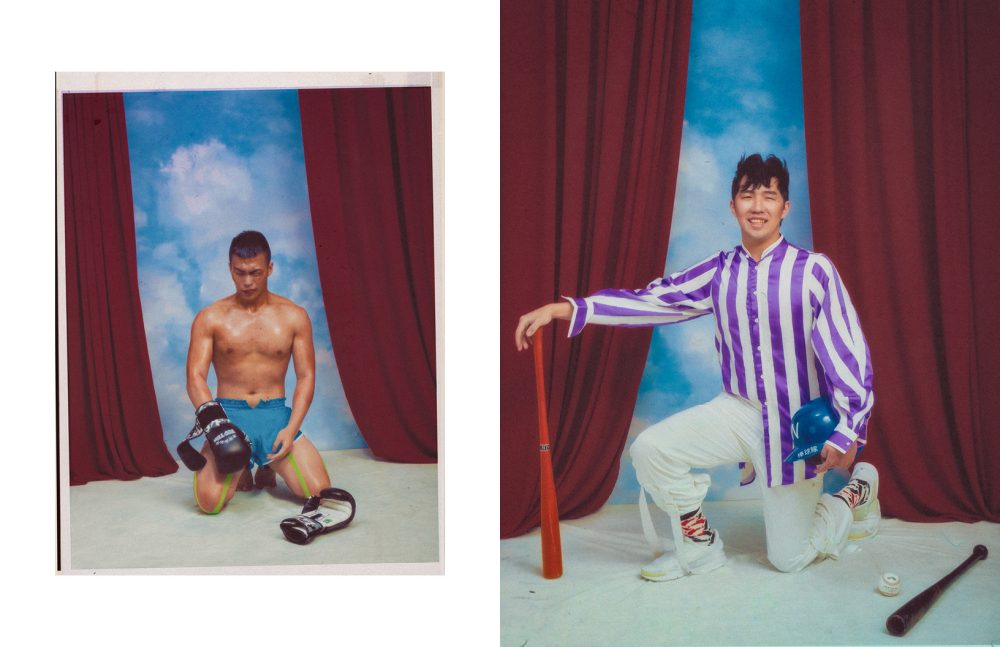 Calvin Liu — from student to boxer

“I wanted to be a boxer because when I was a child, my classmates and I used to discuss together the fights we’d seen on TV the night before. I really enjoyed the feeling of being together. The passion and enthusiasm were palpable. Most importantly, I wanted to be as brave as a real boxer.” 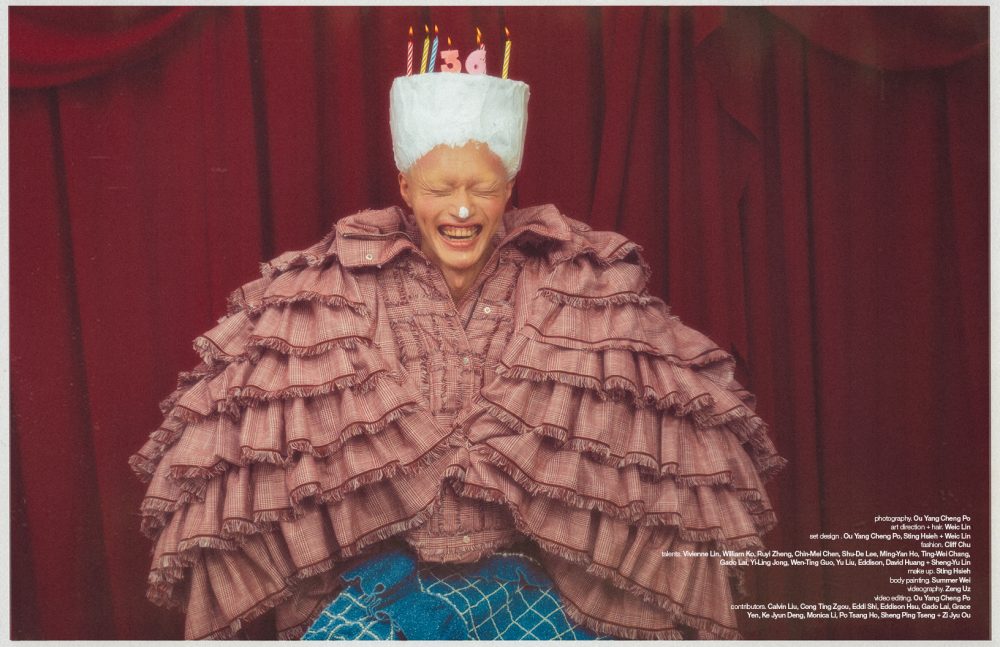 “I wanted to become a birthday cake. In my childhood, celebrating my birthday with a proper birthday cake was a luxury for my very humble family. The fact that my friends could always celebrate their own special day with families and friends and a nicely decorated birthday cake was something I always felt envious of.” 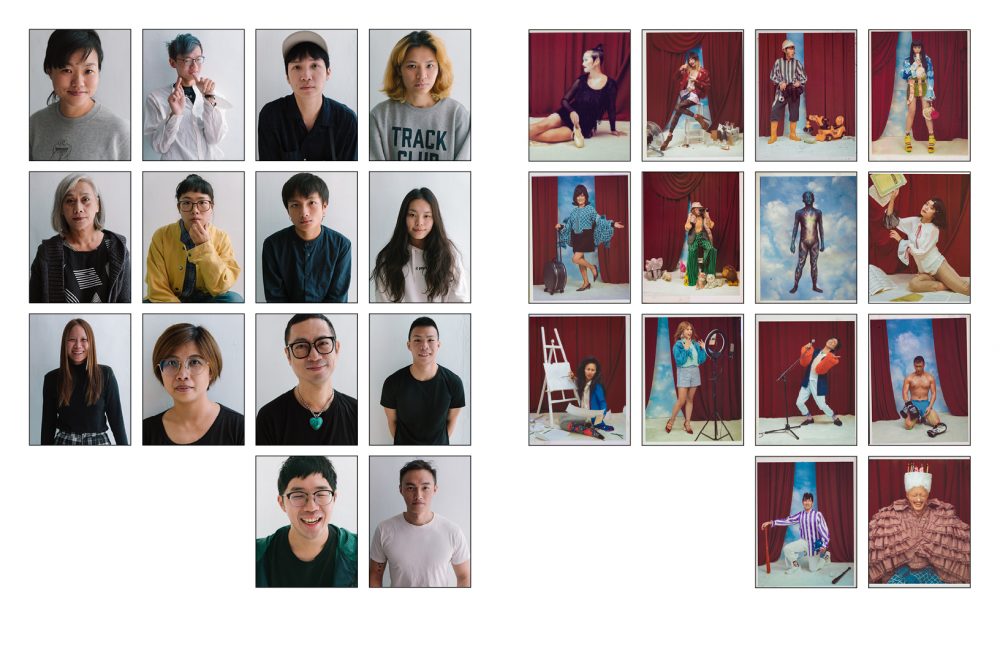 *The quotes in this piece have been edited for clarity.