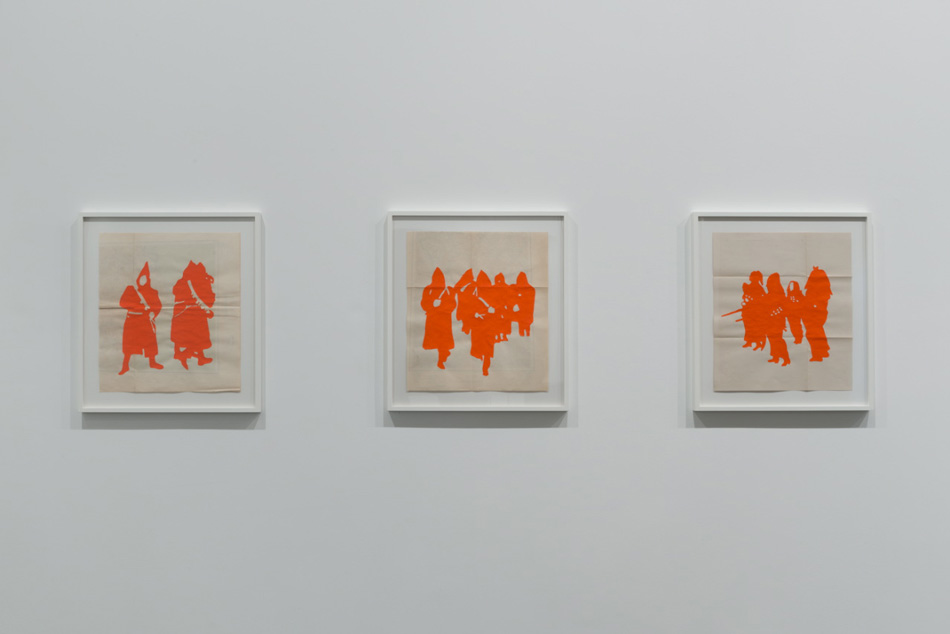 The name Montblanc is synonymous with quality, integrity and innovation. Themes that run through every product, thus resulting in a brand that can always be relied on to be at the forefront of new initiatives. The Montblanc Cultural Foundation is one of such initiatives.

Now with 15 years under their belts, this landmark see’s Montblanc celebrate their years of partnership with the Hamburger Kunsthalle/Galerie der Gegenwart, by the opening of a new exhibition by the talented German artist: Ulla von Brandenburg. Titled Das Versteck des W.L., 2011 (translated to ‘The hiding of W.L.’), the work consists of several sculptures, objects, diverse silhouettes and a 16-mm film curated by Brandenburg’s mysterious alter ego: W.L. 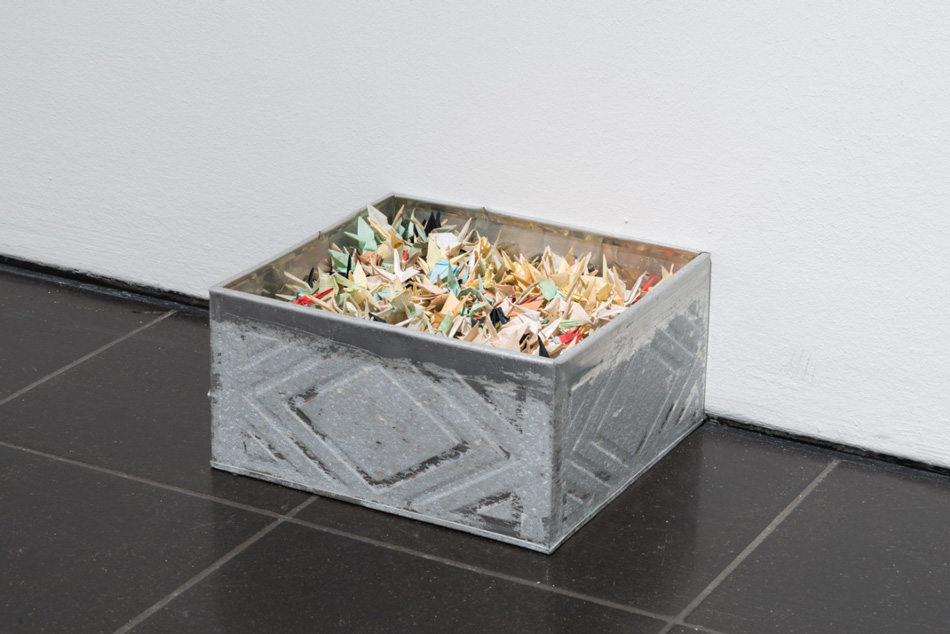 The idea of W.L. is never explicitly explained, neither is what he is hiding from, but through this exhibition we can begin to learn more about this character Brandenburg would like to express. The exhibition is reminiscent of a lot of Ulla von Brandenburg’s work, as she brings in references to archaic notions and certain occult themes. This is overtly present in the film which is projected onto a white wall in a separate room.

While viewing the movie, immediately the tone of the exhibition is changed, as we are shown an ancient ritual being performed in Sardinia. Filmed in one take, we become privy to an intimate and sinister dance -consisting of a circle of men dressed in costumes of Mamuthones and Issadores, taking part in the celebrations of St Antonio in January.
The men portraying the Mamuthones wear black masks, heavy black fur jackets and bells that create a shocking sound with every movement, while the Issadores are shown wearing white masks and appear to not have as much power within the group. Like most of the pieces in the exhibition, each work of art has a sense of mystery surrounding it, linking in with the idea of ‘hiding’ but also ensuring viewers are allowed to speculate themselves. Creating a story around this elusive W.L. and what this character might be trying to articulate. 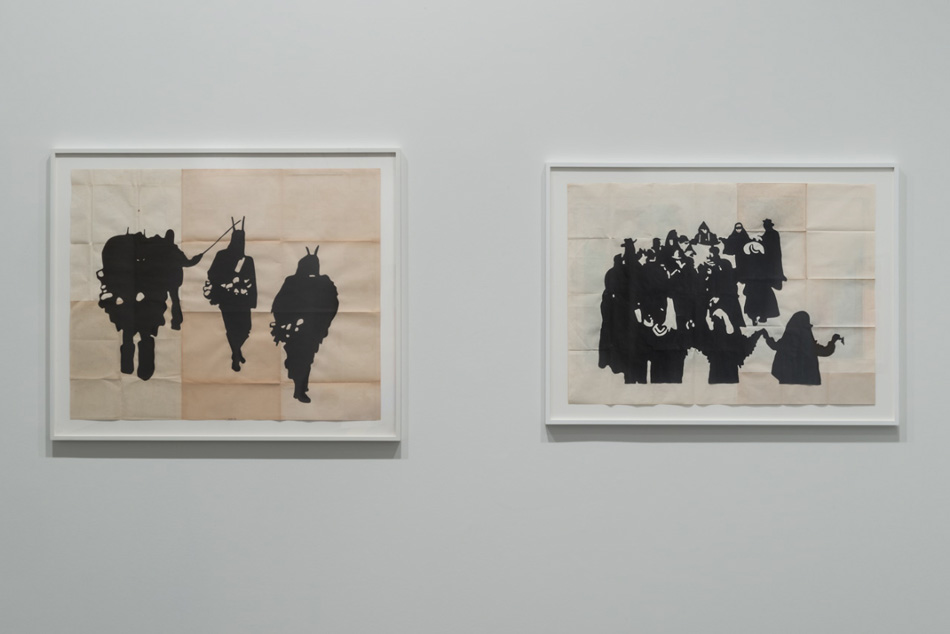 Another theme surrounding Das versteck des W.L. is the idea of time, a theme which can be intrinsically linked with Montblanc itself. Their handmade unique products are considered pieces to be handed down through generations, thus becoming timeless. With this exhibition though, we see a conscious contrast which Ulla explained, “I really love this kind of ephemeral art -which is also in the theatre, because it’s only here for the second and then it’s done- and so I like this idea to integrate with my shows … that they are only lasting for this moment, and that they are always adapted for every space differently.” This loop is then closed through the mutual acknowledgement of craftsmanship and authenticity found in Ulla’s work and, of course, within the Montblanc brand.

The Montblanc cultural foundation works by supporting projects in the field of contemporary art, be it experimental theatre to classical music. With the art initiative, it sees the brand working with Hamburger Kunsthalle/Galerie der Gegenwart by acquiring a work of art every two years which is then loaned to the museum for 100 years. With the collection already featuring pieces by renowned artists such as Stephen Huber, Sylvie Fleury and Marcel van Eeden, the cultural foundation appears set to continue going from strength to strength.

When speaking with the CEO of Montblanc, Lutz Bethge, he explains why this is so important to Montblanc. “I believe it is the soul of the Montblanc brand, Montblanc has always somehow been linked to art and culture because our roots are of course, within writing. We believe that time has become so precious, that you really have to make sure that you make the most of it … that you take time for the most important things in your life. When it comes to art the only rules they follow is to break the rules, and that is something which is exciting, inspiring and which is what we feel makes life worthwhile” 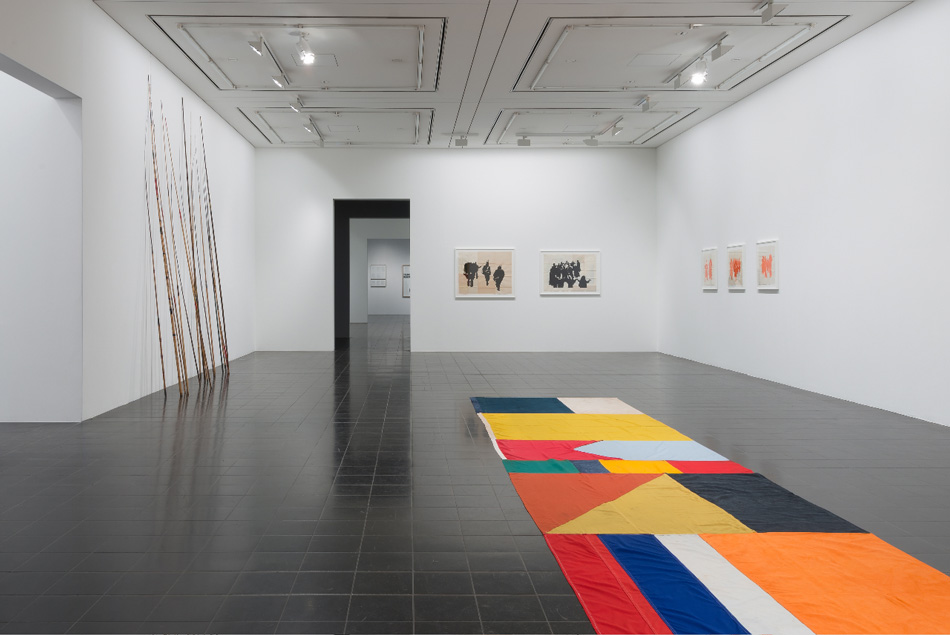 Ulla Von Brandenburg, Das Versteck des W.L., 2011 will be exhibited at the Hamburger Kunsthalle/Galerie der Gegenwart from May 16th – June 23rd, 2013. After which the artwork will be shown at the Montblanc Gallery in the company’s Hamburg headquarters for a period of two years, before it finds its permanent home at the museum.