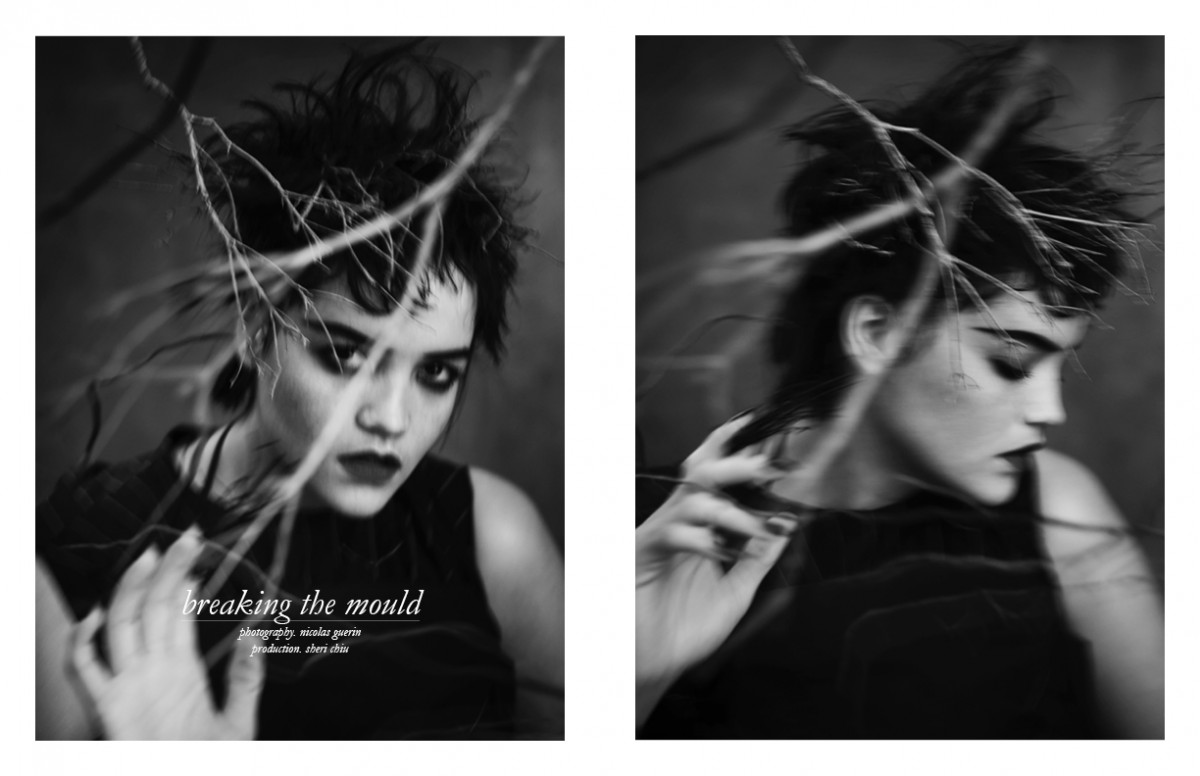 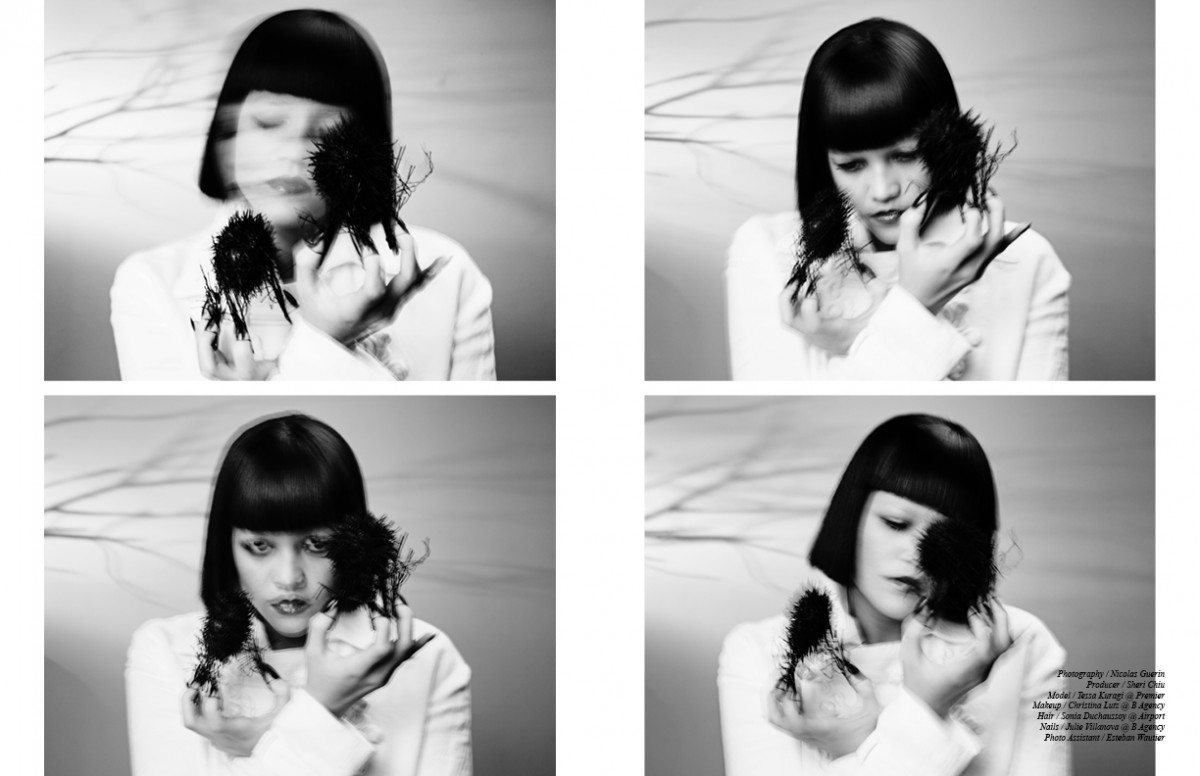 “A few months ago I had an especially significant dream that marked something shifting in me,” Kuragi explains. “As for most of my dreams I dreamt of water (a symbol I take to mean my unconscious in its entirety) that was dangerous in some way – a swimming pool with a large black sea urchin floating in it. Very unlike my other dreams, I was not desperately trying to escape this danger, but rather reached out towards it. I knew the urchin would harm me but that I would also gain something valuable by doing so. At the time I had made the decision to go back in to personal analysis. As I often do, I wanted to use this dream symbology to inspire creative work.”
To read more about Kuragi and her artistic collaborations, get Schön! 30 | Iggy Azalea by Jacques Dequeker