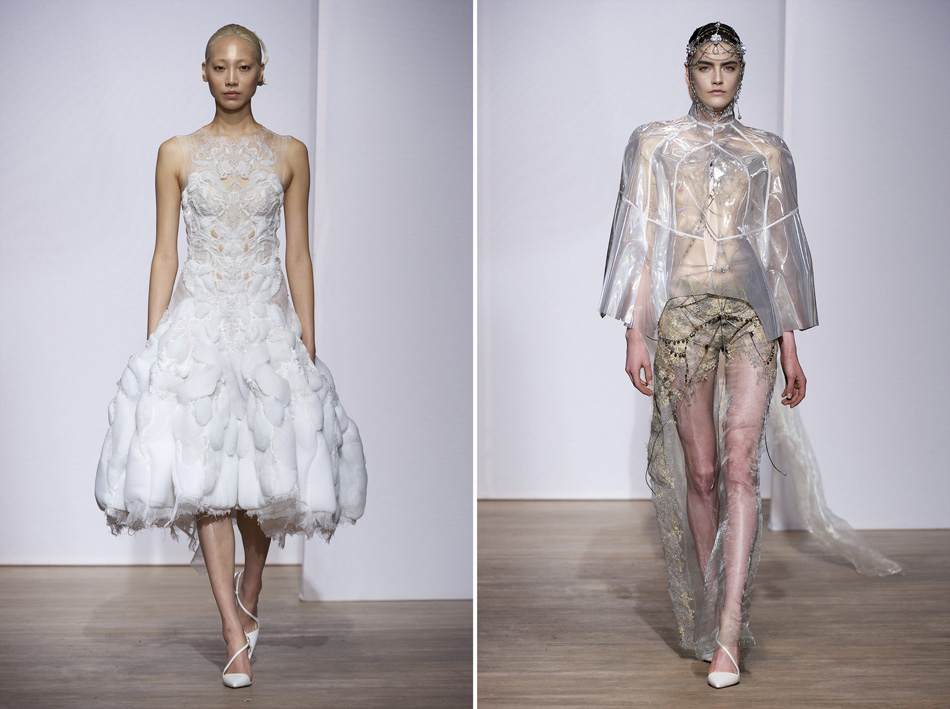 Entering inside Yiqing Yin’s haute couture universe was like arriving at a utopic reverie. The French designer of Chinese descent set the scene in an entirely white backdrop as pure and fresh as her clothing designs. Christened as “Les Reves de Lunacy,” Yin’s collection recounts a tale of ocean seas meeting rocky earth. The melodic piano and hauntingly soothing voice from Agnes Obel’s “Beast,” only added to the dreamlike atmosphere as the first model, Soo Joo Park, glided down the runway. She too, was dressed in white. Adorned in cotton gauze, the muse appeared as if she had just risen out of frothy seas. A piece of coral tucked in her bun completed the aquatic vision.

Unlike previous seasons, this Autumn Winter 2013/2014 collection highlighted more shimmering, weightless fabric. It was altogether less intricate than her preceding collections. In one particular iridescent, translucent cape, we clearly see the bell of a jellyfish and lining representative of tentacles. Yin plays with the transparency of this organza and experiments with how the light reflects off of it, and traverses through, the garment. The marine creature is crowned with Swarovski jewels, making her one of the queens of the deep blue. 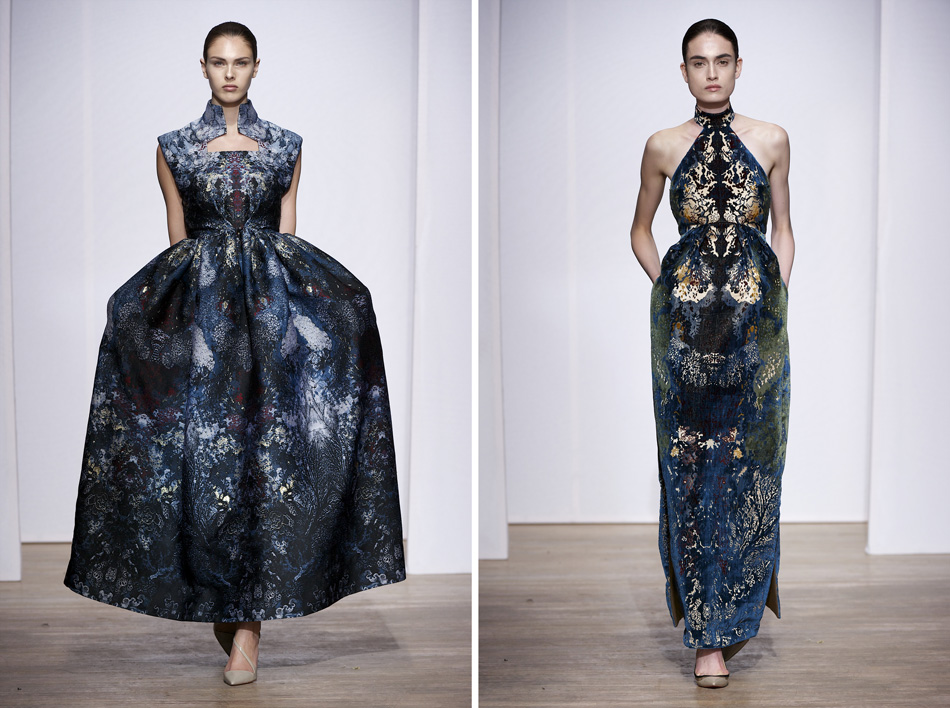 Another model is graced in a beige dress with ruby filaments swaying in every step. There is a sense of intentional incompletion, until we see the back of the dress fastened with pretty bows.

The show travels deeper into the murky depths with the electronic beats of Planningtorock’s “Doorway.” One dress has a fearless slit, but is balanced with the extent of material around it, almost forming the mouth of a mussel. For once, Yin toys with very reflective colours such as gleaming gold as well as hints of silver.

The middle of the collection featured a series of elegant, strong-silhouetted dresses with luminescent medusa prints. One by one, the designer’s visions of beauty took part of an “aquatic ballet.” It wouldn’t be a Yiqing Yin show without daring, cut out backs or her classic architectural ruching. One slate grey gown highlighted this expertise, along with a feathered skirt reminiscent of coral reefs.

The final dress, of dynamic red proportions, completed the oceanic fairy-tale with imagination and conviction. 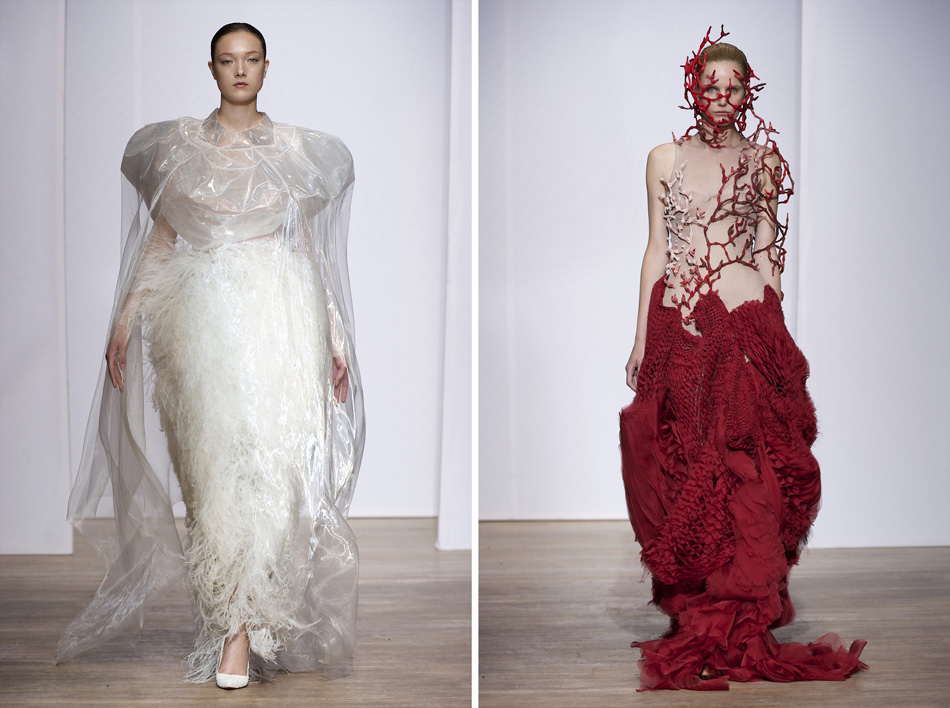