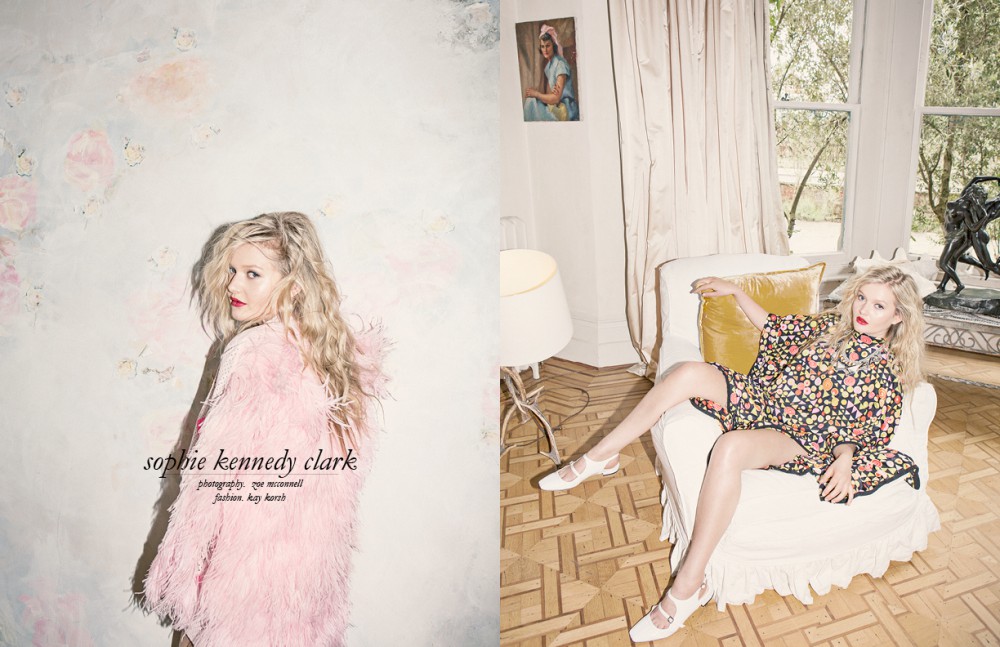 Sophie Kennedy Clark is on a wooden floor, contorting herself into the most awkward position in a voluminous dress and sky scraping Louboutins, and still managing to crack a joke. Not all rising screen stars would be so obliging on a photo shoot, but it’s clear this young actress does not take herself too seriously. “I’m 5’ 6” and mouthy,” she later states. “I would be the worst model in the world.” The likes of Burberry and Pringle, whose campaigns she has graced, would probably disagree, but the outspoken Scot, who has always has a strong sense of her own style, found modelling a struggle at first. “I would go, ‘I would never wear that dress. Why am I wearing it?’” she recalls, “but now I appreciate that everyone here is an artist in their own right and you have to leave them to it and be thrilled that you’re in a publication that puts forward really interesting things.”

Being in really interesting things is what Kennedy Clark is all about. Her burgeoning career is already packed with the most challenging of roles, including a promiscuous teenager in Lars von Trier’s Nymphomaniac, an asylum inmate in Eliza Graves and a tragic young mother in Philomena. This week, she graces our TV screens in The Marriage of Reason & Squalor, a dark and twisted romance written and directed by controversial visual artist Jake Chapman and starring Rhys Ifans. 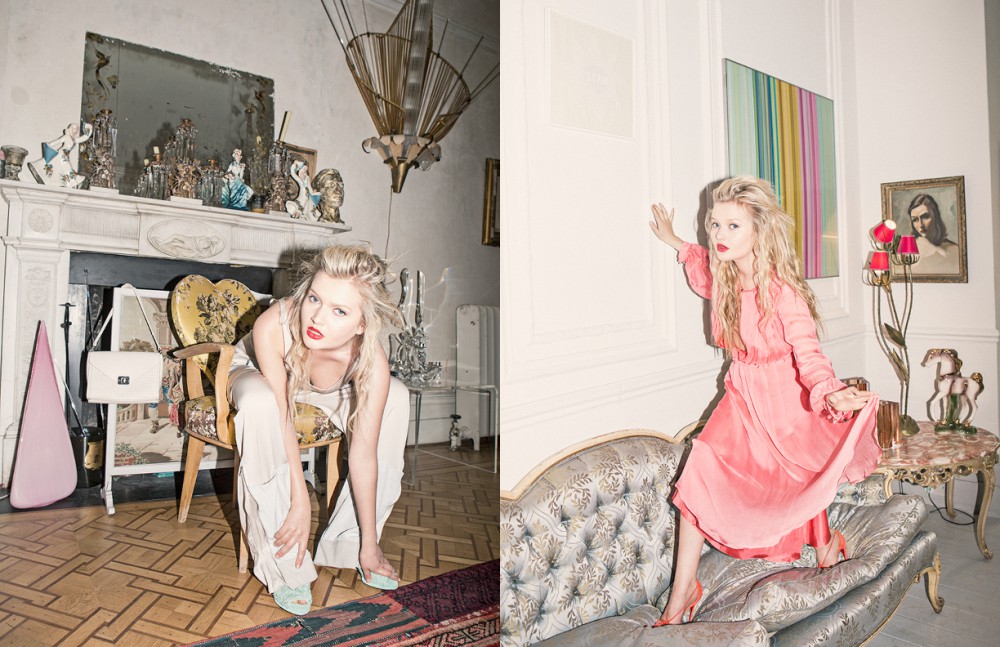 It’s an absurdist version of Alice in Wonderland meets Beauty and the Beast or, as Kennedy Clark intriguingly describes it, “a cross-pollination of The Rocky Horror Picture Show and Twin Peaks. It’s visually delicious.” Although Chapman initially had quite a different vision of his leading lady in mind, Kennedy Clark was determined to land the part. “I read the script and was like, ‘It’s not that I don’t think anyone else could do this, I just don’t want anyone else to do this.’” It’s not the first time she has been audacious in going after a role. She was cast in Philomena after improvising childbirth in an audition and had to pull orgasm faces for the infamous Nymphomaniac poster. Has she no fear?

“I think I have small dog syndrome,” she laughs. “You know, you’re looking at them and you’re like ‘Don’t even attempt to take on that dog, that cow, that horse,’ and they just go for it. I don’t know why because I’m built like some tiny bird… I probably have no shame.” Kennedy Clark also credits her confidence to supportive parents who “always kind of let me let my freak flag fly,” but admits that even they have been shocked by some of her screen appearances. 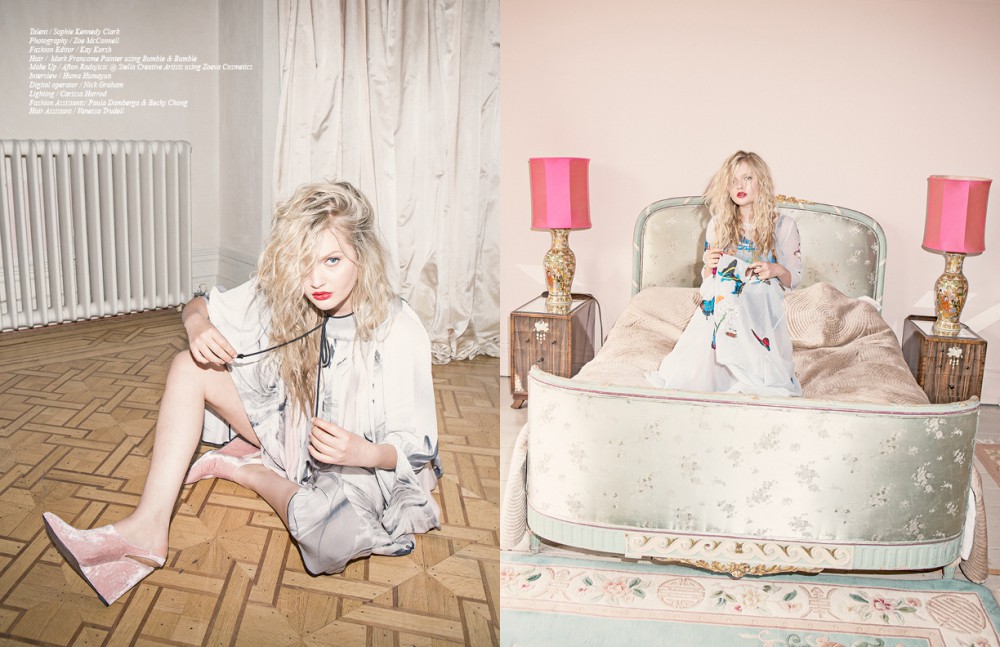 Surprisingly, her father found it much more harrowing to watch her in Philomena. “To see your child – even though it’s not you – so agonised by something is a parent’s worst nightmare,” Kennedy Clark explains, “but they understand that I’m really proud of that performance, it really affected people. I mean, it’s only 20 minutes that I’m in Philomena.” Nonetheless, that 20 minutes won her a Scottish BAFTA, which she describes as “very unexpected, but lovely.”

Given the scope and complexity of the roles she chooses, it’s likely that Kennedy Clark will be receiving a lot more recognition. Later this year, we’ll see her alongside Paul Giamatti and Ethan Hawke in The Phenom, a film about a tortured young athlete dealing with abuse, and Tomorrow, which tackles the weighty subject of soldiers suffering from post-traumatic stress. So, no rom coms in store then?

It’s obvious that Kennedy Clark is not interested in playing the girl-next-door, but rather curates her career as one would an art gallery. “When I look at a role, I look in the mirror and say, ‘What would Tilda Swinton do?’ It’s a high barometer to have!” she laughs, “but if you’re friendly and outgoing and people want to work with you I do believe you can follow your own path.” Of course, it helps not to take it all too seriously. “My mother told me, ‘Remember, it’s all bullshit, but it’s fabulous bullshit,’” she confides. That said, Sophie Kennedy Clark has just enough time to wipe off her lipstick before embarking on another adventure, and we look forward to seeing which rabbit hole she falls down next.

The Marriage of Reason & Squalor premiers on Sky Arts on 11th June.