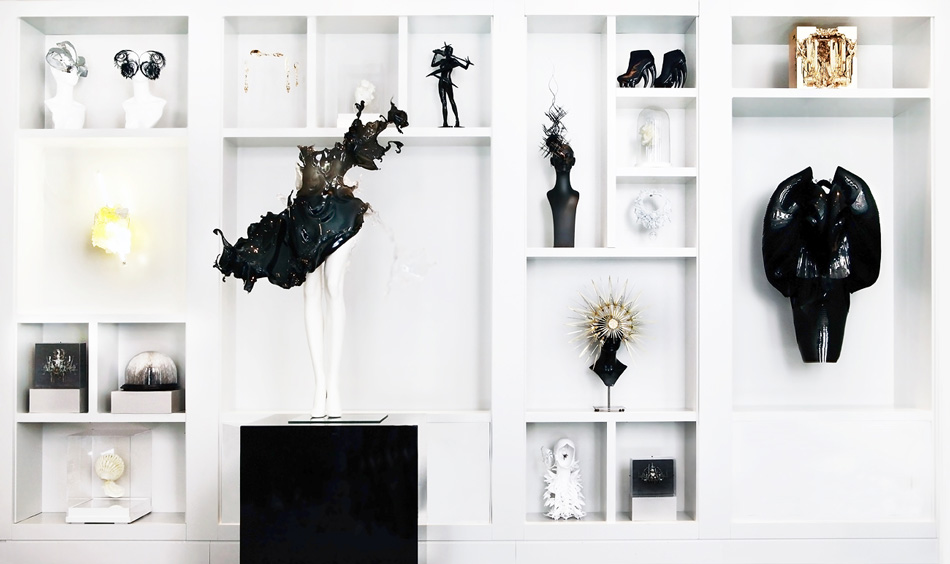 Fashion and art enthusiasts are welcomed to Belgravia’s SHOWstudio to see the culmination of couturier Iris Van Herpen’s collaboration with Nick Knight and Daphne Guinness, as she unveils her ‘Crystallization’ dress in this months’ SHOWcabinet.

Recently photographer Nick Knight used a high-speed camera to record the effect of water being thrust upon muse Daphne Guinness and what resulted was a cinematic project entitled ‘Splash’. Multi-media designer Van Herpen then utilized the footage to create a one of a kind ‘water dress’, emulating one of the splashes with pet G plastic and mimicking the patterns created by the natural movement of the water. The wearable garment was created live on SHOWstudio over seven days and is a remarkable fusion of several disciplines. 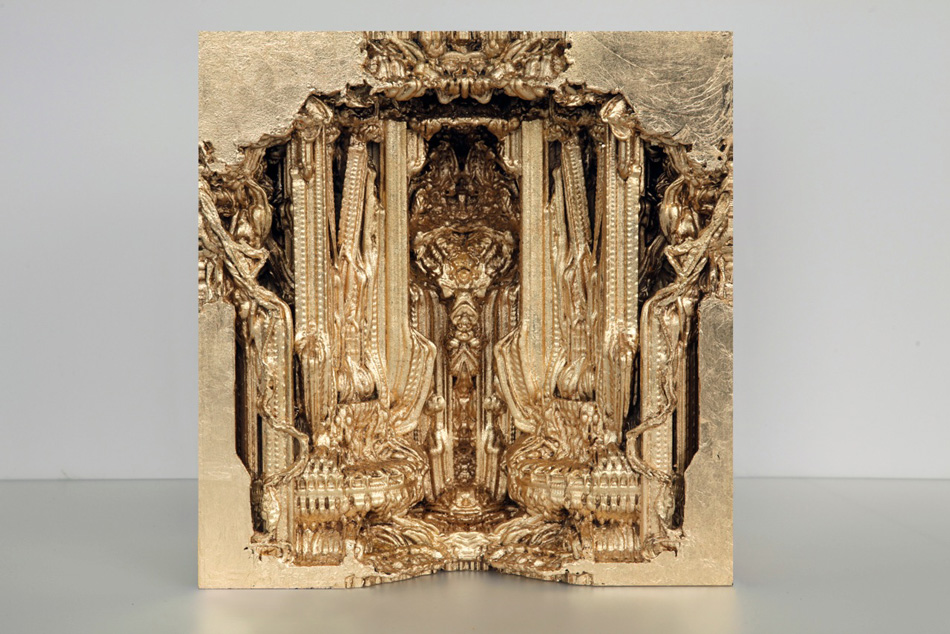 In Van Herpen’s work, fashion, science, art and technology are not separate subjects, but flow from a single source. The water dress acts as the impetus of the current SHOWcabinet as the accompanying works are also inspired from the same ethos of fusing mediums.

The curation of the cabinet spotlights the vast array of items which have been marked by these new forms of technology and disciplines, as jewellery, shoes, hats, dresses and even light installations contextualize the exhibition. 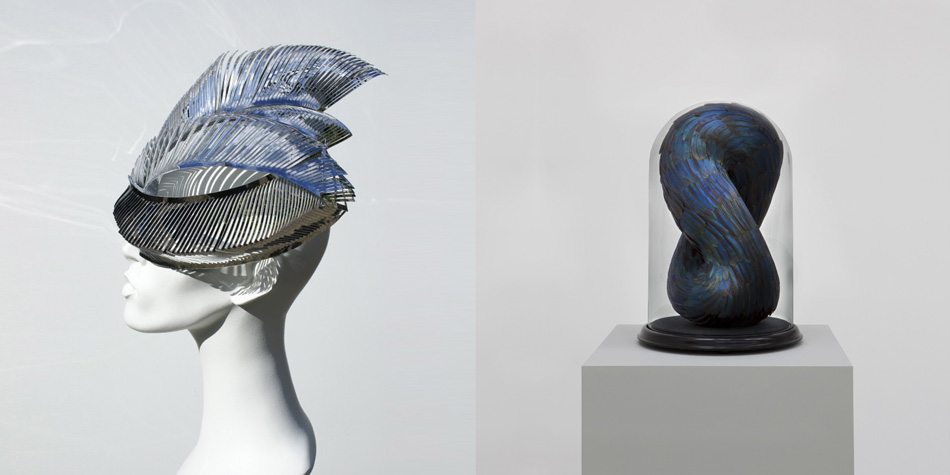 Upon first glance the pieces can only be described as visceral garments worn by the Lady Gaga’s of today; however, almost instantaneously the tropes of technology, sculpture, science and even art emerge, creating a sense of awe and a promising angle for the future of fashion.

One of the most striking pieces in the SHOWcabinet is Van Herpen’s ‘Voltage 3D printed dress, 2013’, which was one of the world’s first fashion based pieces to be created using 3D printing technology. As the dress is suspended in mid-air, it retains its structural form and what looks like delicate lacework. It is more comparable to an intricate bone structure which creates an object out of the dress as well as a garment.

This embrace of groundbreaking methods sends an important message to the fashion industry, as the technology no longer is a unique accompaniment to pieces in a collection but, now has the potential to stand alone as its own aesthetic. 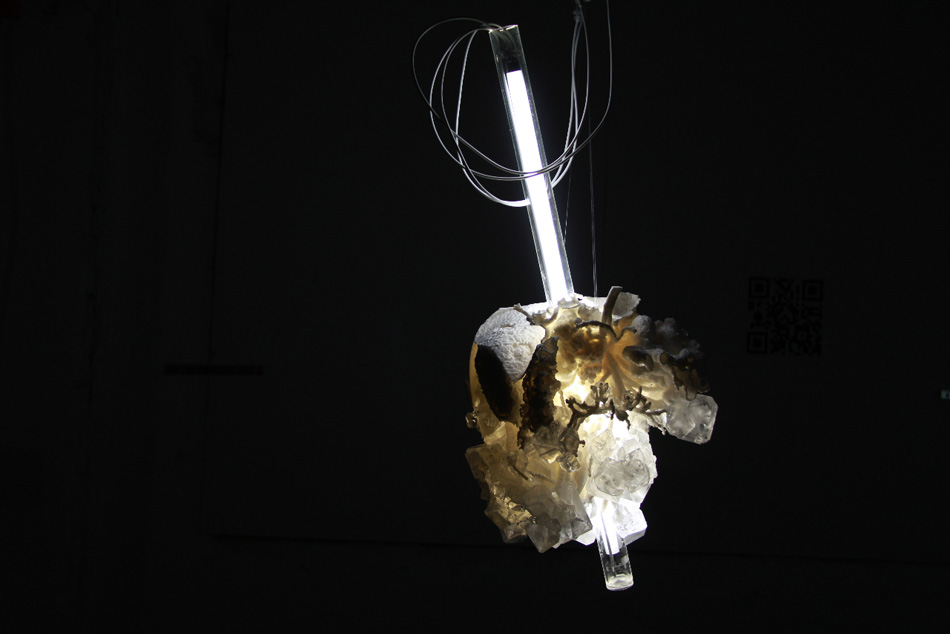 The SHOWcabinet runs daily from the 5th of June – 19th of July 2013, free admission.