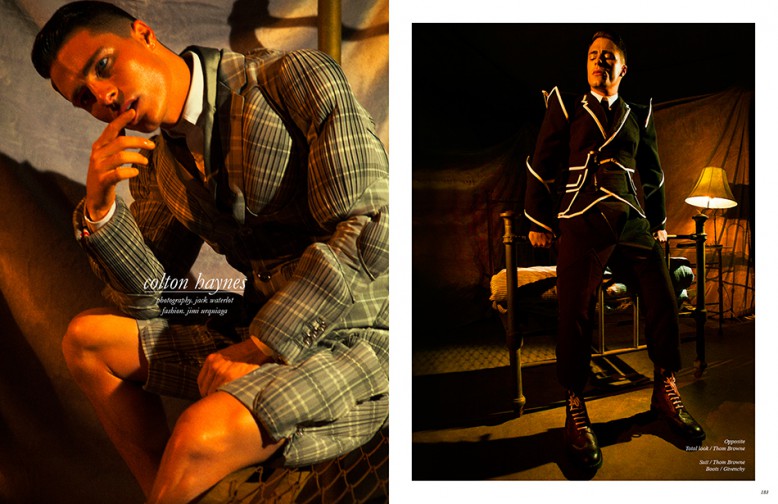 In Schön! 28, Colton Haynes sits down to talk to Evan Ross Katz about his love of *NSYNC, having Lindsay Lohan’s phone number and pulling all-nighters for Schön! 28. What was intended to be a quick thirty minute chat in the back corner of The Lambs Club, wound up closer to two and a half hours thanks to Haynes’ unencumbered candidness.

Being that the interview time was then whittled down for a one-page print profile, Colton left us with an array of unusable quotes on a variety of topics, ranging from his cameos on The Hills to whether or not he’ll ever release an album.

Below are a series of soundbites from Haynes. (That the audio of Haynes’ animated readings of his most salacious tweets could not be incorporated is deeply regretted.)

On how he goes his name: “I think my mom was watching too much General Hospital and my dad liked the Colts.”

On sibling rivalries: “My siblings are all a lot older than me. It was really just me and my brother. I hit him in the face with a brick one time. We grew up on a farm so all we did was talk shit to one another.

On how his appearances on The Hills came about: “My neighbour, Paul Jasmine, stopped me in the lobby one day and asked if I was an actor/model. I told him I was a host at Marie Callender’s. And he asked if I wanted to do a shoot the next day for Teen Vogue (weird, I know). It just so happened that it was filmed for The Hills. Then I went on to become friends with Lauren.” 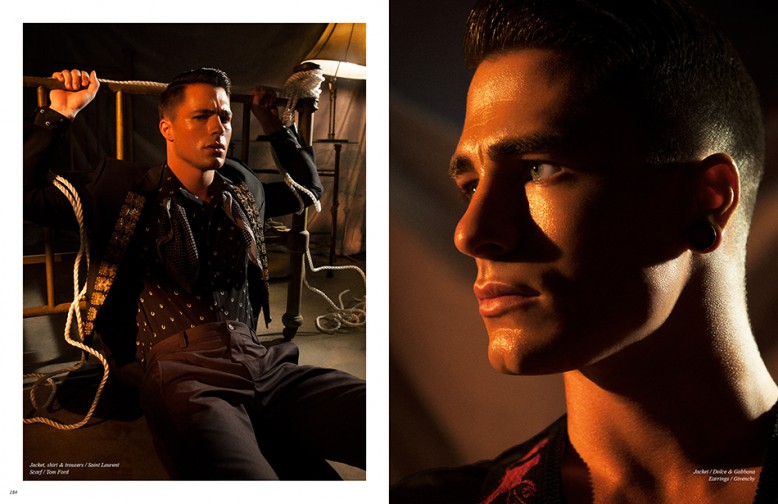 On whether he indulges in other reality television: “I love HGTV. I kind of missed the boat on all that Housewives stuff. If I’m going to watch reality, I want reality.”

On whether he reads sexually suggestive Tweets directed toward him: “I do read a lot of that stuff. […] I want to make a coffee table book.”

On when it crosses the line: “Never”.

On fans snapping pictures of him in public: “It’s very obvious when people are taking pictures. People need to work better at being inconspicuous.”

On the biggest perk of being famous: “Craigs in LA makes me ranch dressing. They don’t have it on the menu, but they make it for me.”

On the biggest downside of fame: “People having the ability to judge you. I didn’t get myself into the business of people having the right to belittle me or judge me based on things I did or didn’t do.” 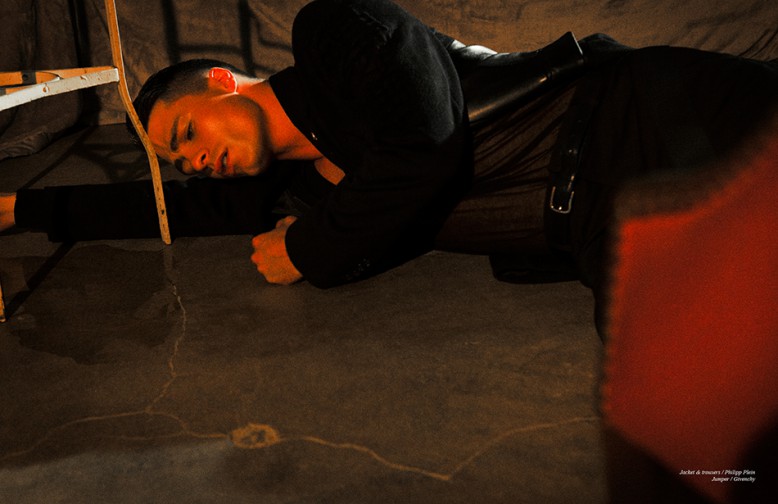 On his infamous sex scene from the Showtime series, Look: “Her boyfriend was downstairs. The house was 90 degrees. We’re supposed to wear modesty pouches and mine wouldn’t stay on because of the sweat. You’re not thinking with your privates. They obviously don’t want to skin to skin, but the thing wouldn’t stay on, which was difficult. People to this day still think it’s a sex tape. I got denied access to a very prestigious event because they thought it was a real sex tape.”

On whether he’ll ever release an album: “I’ve been offered record deals, but I can’t be a pop star. Broadway is 100% in my future. Would you want to be a cat in Cats? “That’d be awesome. I frickin’ love Cats. Joseph in Joseph or Tony in West Side Story, maybe.

On going out: “I’m the worst clubber in the world. I did that at 14, 15, with my fake, so I got that out of my system quickly. You go through that phase but now I just want to be at home on a porch swing. I’m going to be the guy that has fifty cats.”

To read the full interview, read Schön! 28 in print, as an ebook, on your iPad or on your mobile.

This Schön! 28 exclusive editorial was produced by