Sometimes, the best way to understand the world is through its sounds. This idea is precisely what inspired Andrea Dipa, one of the managers of the famous Turin-based RKH Studio, to team up with the well-known music producer Jack Sapienza to set off and discover the different sounds cities around the world had to offer.

This adventure is recorded in their docu-series, Sampling World, where we follow the two friends in monthly episodes as they make their way through Moscow and Paris to Hong Kong and Reykjavik. Characterised by its uniqueness, the documentary not only frames beautiful landscapes and cultures but allows a unique understanding of the places the duo visits through an unusual medium: sound.

Here, Schön! presents the series first episode, shot in Iceland, and exclusively discusses the origins of the project with the duo, and how it helped them grow as both individuals and artists.

How did you guys meet and why did you decide to collaborate on this project together?

Jack: The collaboration between me and Andrea Dipa was born way before the Sampling World project. We met for the first time in late 2010, in a rehearsal room in our city. From the beginning it was clear that we would work together, our affinity was palpable, especially in the strange and pretentious need for “movement,” in all its forms. We have always felt the need to create, to move and above all to learn. Sampling World is a direct consequence of the years we spent together consolidating our working relationship.

How did the idea for Sampling World first come about?

J: We had already started trying to produce a documentary the year before, based on amateur sports events around the world and one of the constants of that project was the striking images captured by Andrea and imagined on the music produced specifically for the occasion. After a few trips we were forced to abandon our documentary, it was probably too distracting. A few months later, I was travelling alone for work and a girl, passionate about music, made me listen to artists who, had it not been for her, I would never have discovered. I sampled one of those songs and I felt, for the first time after a period of dissatisfaction from a creative point of view, a chance for growth. I returned to Turin and I simply proposed to Andrea to start from where we left off, simply by eliminating the “sport” variable. 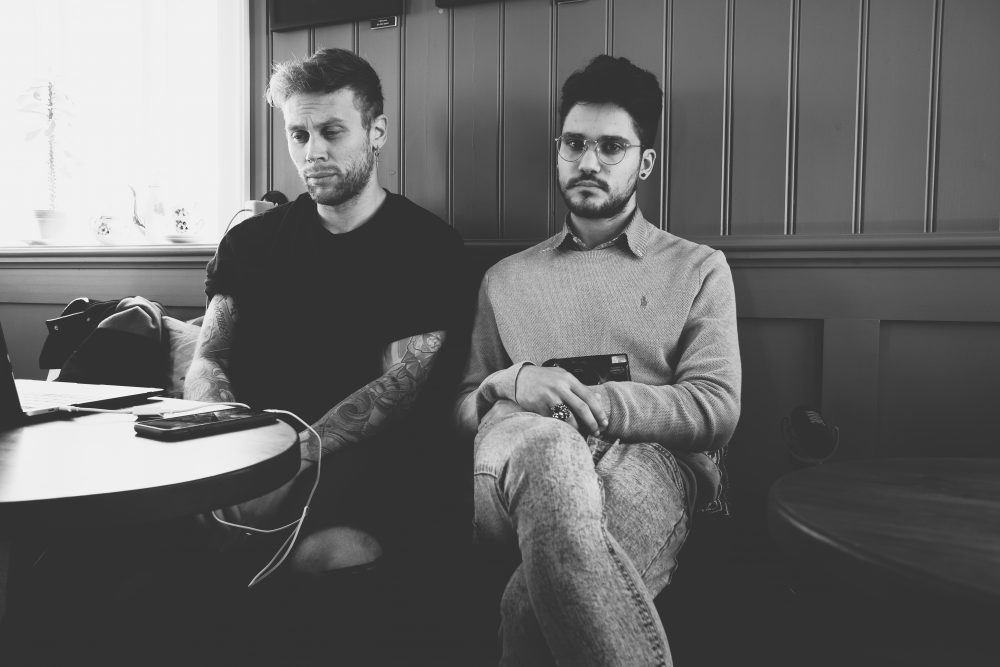 In Sampling World, you travel the world to discover music and local sounds. Have you always been travellers yourselves?

J: I love travelling. I believe that one of the mistakes that we often make when we try to “grow” from a professional point of view is to imagine a vertical path: going up, accessing higher levels, higher-level people. Almost as if it did not depend on us but on chance, imagining we could only climb the pyramid of our ambition if someone of the “upper level” holds out his hand to reserve a place for us. Andrea and I, instead, are betting on a sort of horizontal path. Travelling to discover worlds that we did not think could exist, interviewing artists to store knowledge that we could not have accessed without moving, without putting ourselves on the line. The point is not to expect someone to help us level up, but rather — and forgive me if it sounds a bit trivial — build a small solid ladder capable of accompanying us to a higher degree of artistic awareness. The key concept of this project is contamination.

Jack, what drew you to music and production in the first place?

J: I have always obsessively searched for my personal form of communication. Not necessarily to tell something to the listener but to memorise whole portions of my life. If I look back, I realise that one of the purest and most ethereal memorisation mechanisms for my personal way of remembering is music. This is also true for the music I listen to for the first time, to imagine something I have never experienced is a beautiful creative experiment.

Similarly, Andrea, how did you get started in filmmaking? Why did you feel compelled to take on music as the main subject of a film project?

Andrea: I have always appreciated alternative forms of communication such as music, cinema or the world of music videos. When I met Jack, I was about 15 years old and it was thanks to him that I was lucky enough to be able to appreciate everything even more. The shared passion has led us to find the right affinity to be able to coordinate ourselves in a common project. I think the real victory is precisely having found a meeting point between the two languages, and this is precisely what makes me feel personally complete.

You have been to Reykjavik, Paris, Hong-Kong, and Moscow so far in the series — which we’ll be seeing soon on Schön!. What common points have you found that unite the music scenes of all these places?

J: One of the things that struck me most about this project was a speech undertaken during the interview with Sin Fang, in Iceland. I think it can summarize a common point of view to all the other experiences lived up to now. We were talking about Sigur Rós and Björk in particular, and we both argued that what artists like them were able to do for their country could in no way be replicated by any national tourism agency, by any kind of politics and investment to spread Icelandic culture around the world. Every sound, every word, every song, tells us a story and the number of stories, beautiful or ugly, interesting or boring, are the only thing that never fails when travelling. 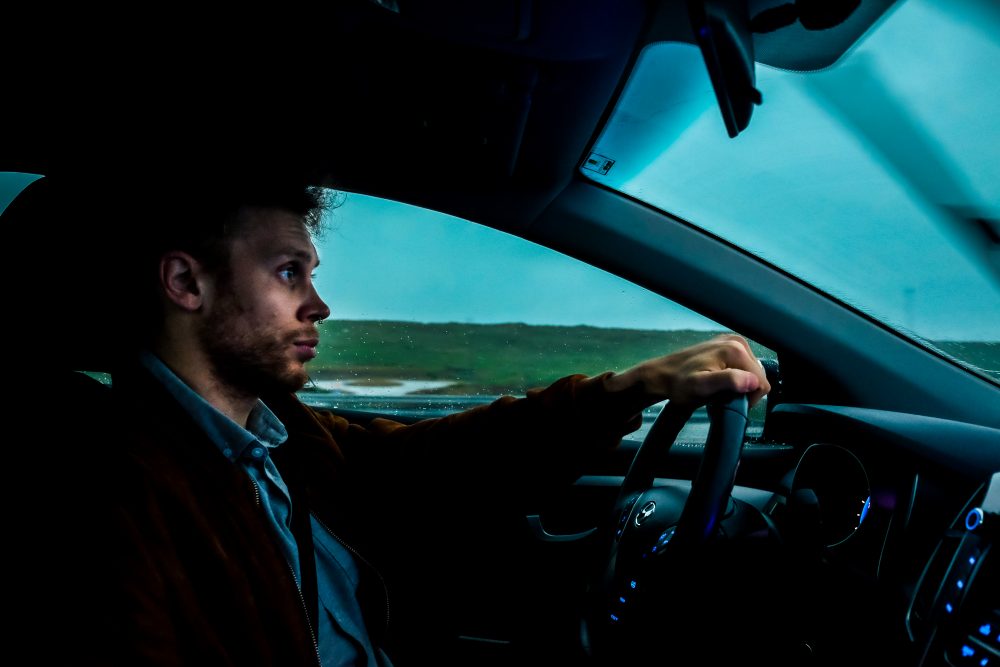 On the other hand, what separates these cities musically?

J: Every country I have been to so far preserves deep-rooted sounds and musical influences. In Hong Kong, for example, they speak Cantonese, a very complicated tonal language, in a nutshell, the same word takes on completely different meanings depending on the note with which it is pronounced, obviously this has rather important implications in choosing the key of the song which one decides to compose. The chord progression of the Cantonese songs is very heterogeneous.

How do you go about choosing what areas to visit for Sampling World?

J: We do not have a real defined method to choose the next step. Sometimes we discover interesting artists, we try to contact them to be able to arrange interviews and organise the trip accordingly.

Are there any cities, in particular, that you are looking forward to the most?

J: In this period, personally, I feel rather attracted to oriental culture — Japan, Korea… These are countries that increasingly manage to influence our aesthetic taste and I would like to learn more about it and try to learn something. I won’t deny that if I had the chance I would probably also think about trying to move there for a while.

How has your own understanding of music and production evolved (or changed) as the production of the project is going on?

J: Undoubtedly the concept of “sampling” is becoming a fundamental prerogative of my work. I’m trying to extend the possibilities as much as possible. A few years ago I often sampled portions of songs to try and insert them into the production I was working on. Lately, on the contrary, I realised that sampling can be applied to a broader concept, anything can be sampled, one of the most interesting sounds I’ve “stolen” this year is the sound of the doors of the Paris subway that warns you before they close. Which, in case someone is wondering, they play in FA, slightly increasing. Transposed into a note and inserted into a sampler, it sounds quite interesting, if you concentrate you can also hear the buzz of people under the sound, a detail that makes it absolutely unique, inimitable. Let me explain better, we live in a “musical world” in which the digital sounds we can easily access are inflated, boring, already heard and resentful, to say the least. Using particular sounds, new, even if imperfect, allows me to take real pieces of the cities I visit and to make my work deeply original.

Wow. What are the main difficulties you’ve found in doing such an ambitious project?

J: There are essentially two problems and they are closely related. Time and cost. Our project is entirely self-financed, so we cannot afford to travel every month, which we would rather do. So we are forced to delay content and travel less than we would like. 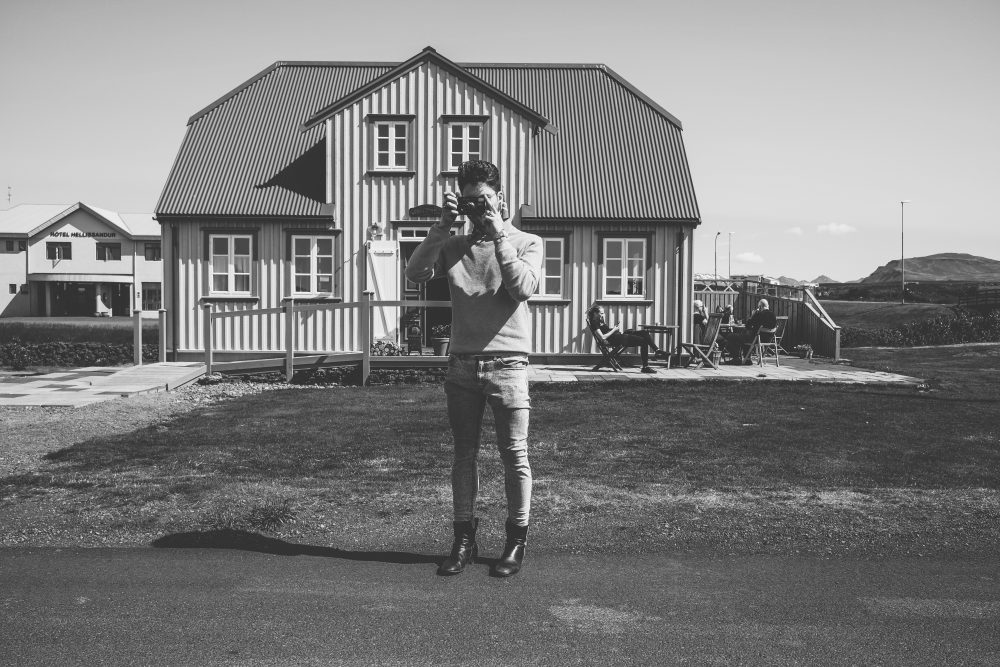 What about the best parts?

J: The best part of dealing with a project of this kind is undoubtedly the number of stimuli to which you are irreparably exposed. You can’t even allow yourself to pause your thoughts for a second. You have to stay focused all the time, open up to every kind of influence, listen to any sound: the fryer in a fast food [joint], the sound of rain, the sound of a traffic light when it turns red… Everything can and must become music.

What is the main thing that you have learnt since starting Sampling World?

J: One of the most interesting things is the music that the artists I interviewed suggested to me. Music that without their help I would never have discovered and which, in my opinion, really describes the musical essence of the places I visited.

What do you hope to explore in the future of the series? Do you see ever it evolving into something even bigger?

J: The only thing I really hope for is to be able to continue following this project, learning, experimenting and having fun with music. The main objective of this project, both for me and for Andrea, has always been this, to give us the opportunity to grow by putting ourselves on the line, imagining music and videomaking in a transversal sense.