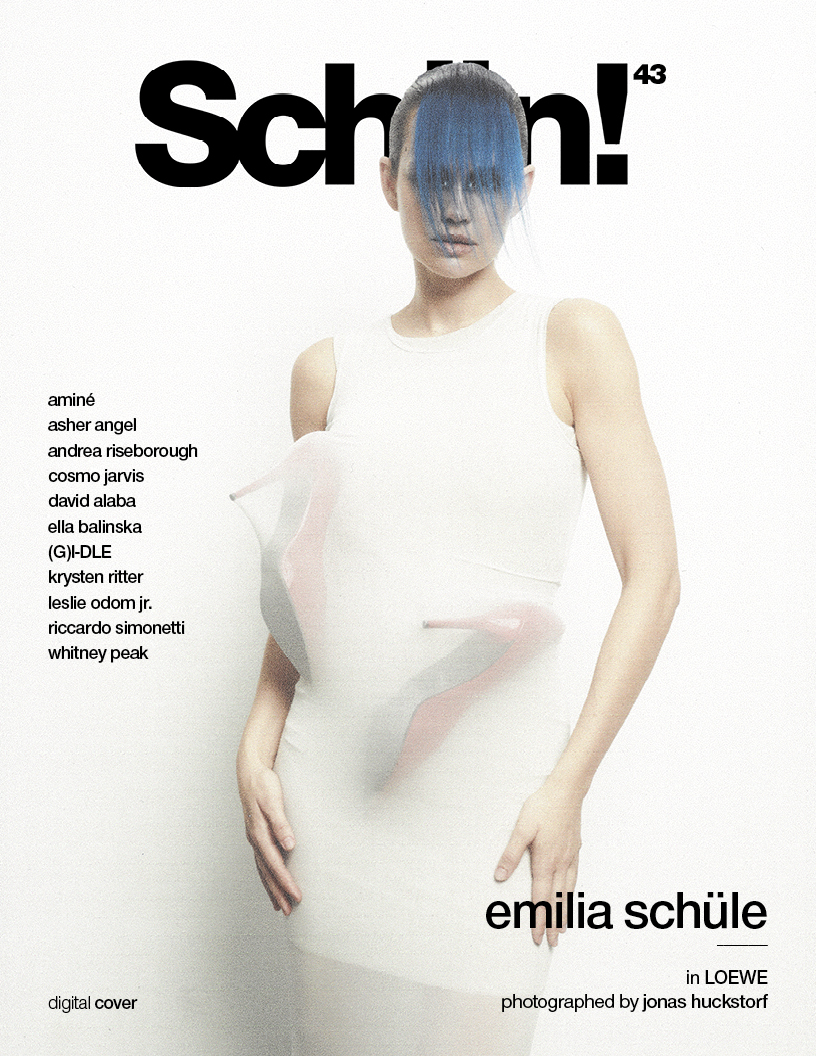 No one puts Emilia Schüle in a box. The German actress, who is the fifth digital cover star of Schön! 43, dressed in LOEWE, has awed audiences and cultivated a resumé of highly successful German and international films and television series.

Last month, Schüle stepped into a role that was her most ambitious one to date — portraying the iconic and notorious monarch Marie Antoinette — stating that the show is much different than the 2006 Coppola film. Instead, the eight-part series written by The Favourite screenwriter Deborah Davis “is a completely different take” on the “luxury addict.” Much like the real life Antoinette who ruled to the beat of her own drum, Schüle prefers to choose the path less taken, stating that when choosing a role she opts to go with her gut. “I look for female characters who don’t like to be put in a box,” she explains.

Portraying Marie Antoinette came from a 2017 realisation for Schüle after the #MeToo movement caused her to reflect on the female characters she’s played. “I had a major realisation which totally bummed me: 97% of all the characters I’d played were revolving around men!” she explains. Since then, she’s leaned more into female characters that have more to them than just being props to male characters and has starred as a fierce KGB agent in the American action-drama Treadstone, a model struggling with her self-image in Wunderschön and, most recently, a woman on a mission to regain her sense of smell in Netflix’s The Perfumier.

What might be the most exciting part of Schüle’s work won’t be seen by audiences around the world, though. After putting scripts and costumes to rest and as the world watches Marie Antoinette, Schüle will step behind the camera for the first time. “I’m doing a sabbatical and going to London for film school,” she tells us. “My course explores different departments of filming, so I’ll be directing, but also editing and doing the technical parts. I want to make myself more independent and pursue stories.” 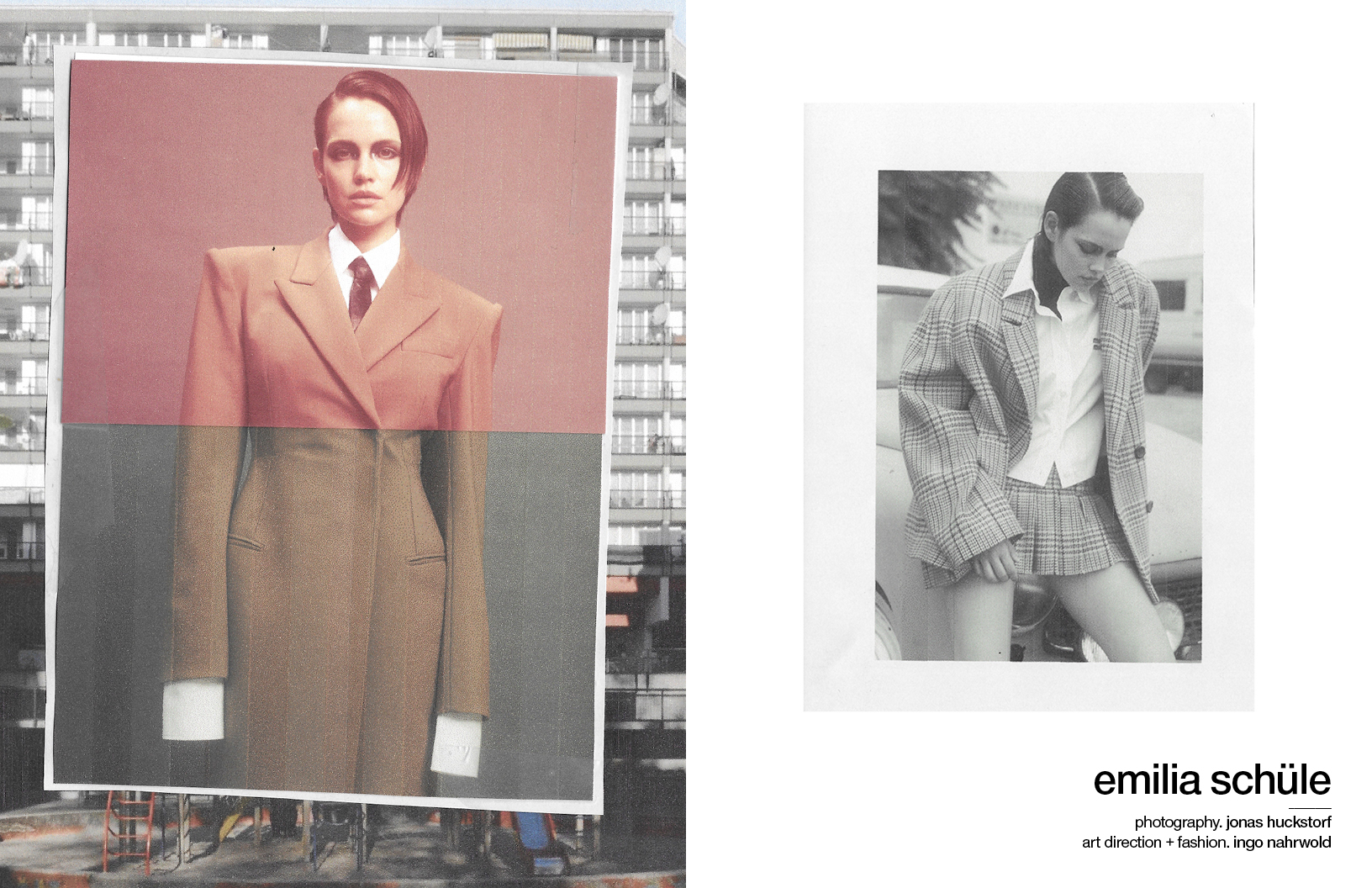 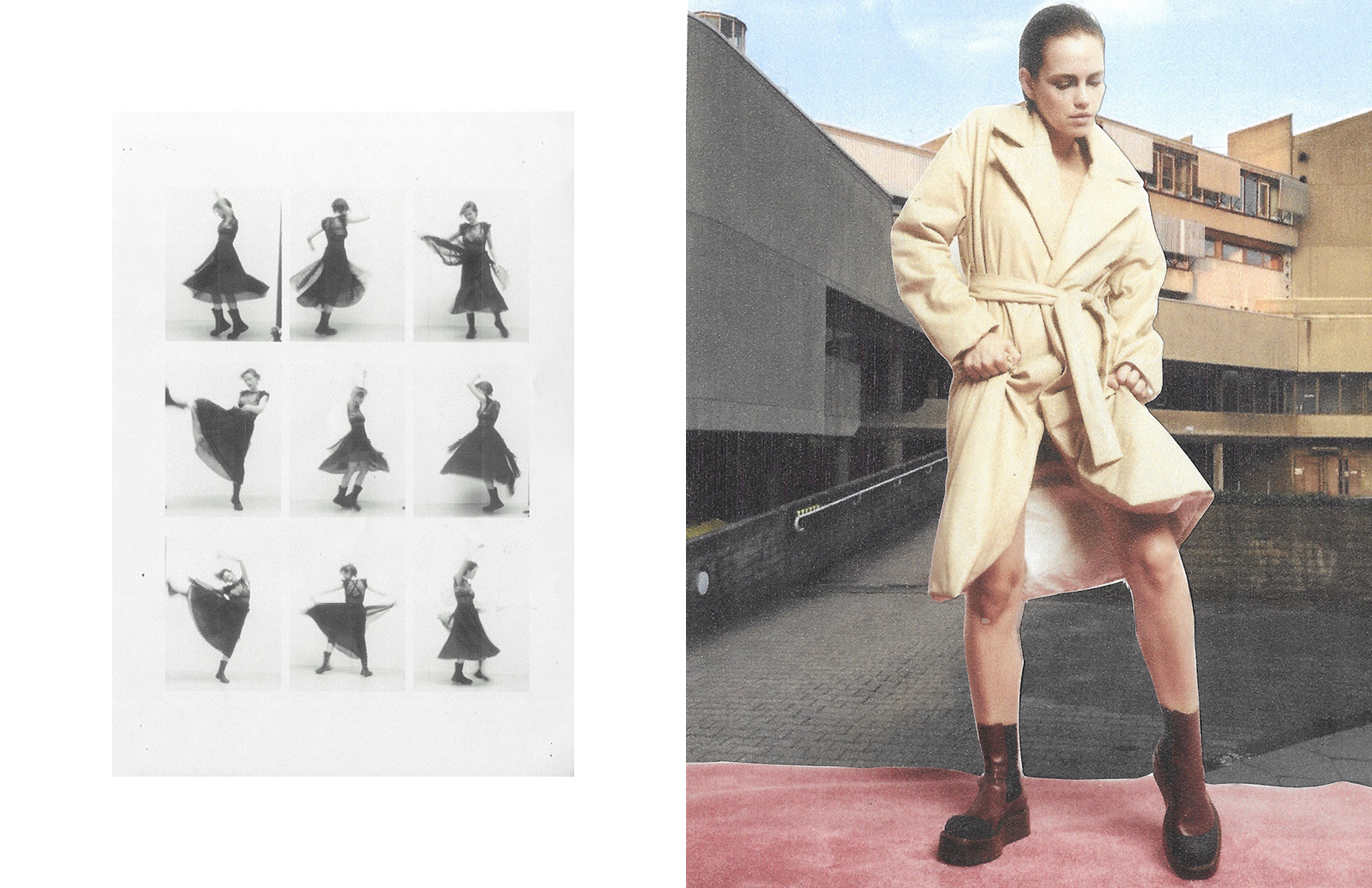 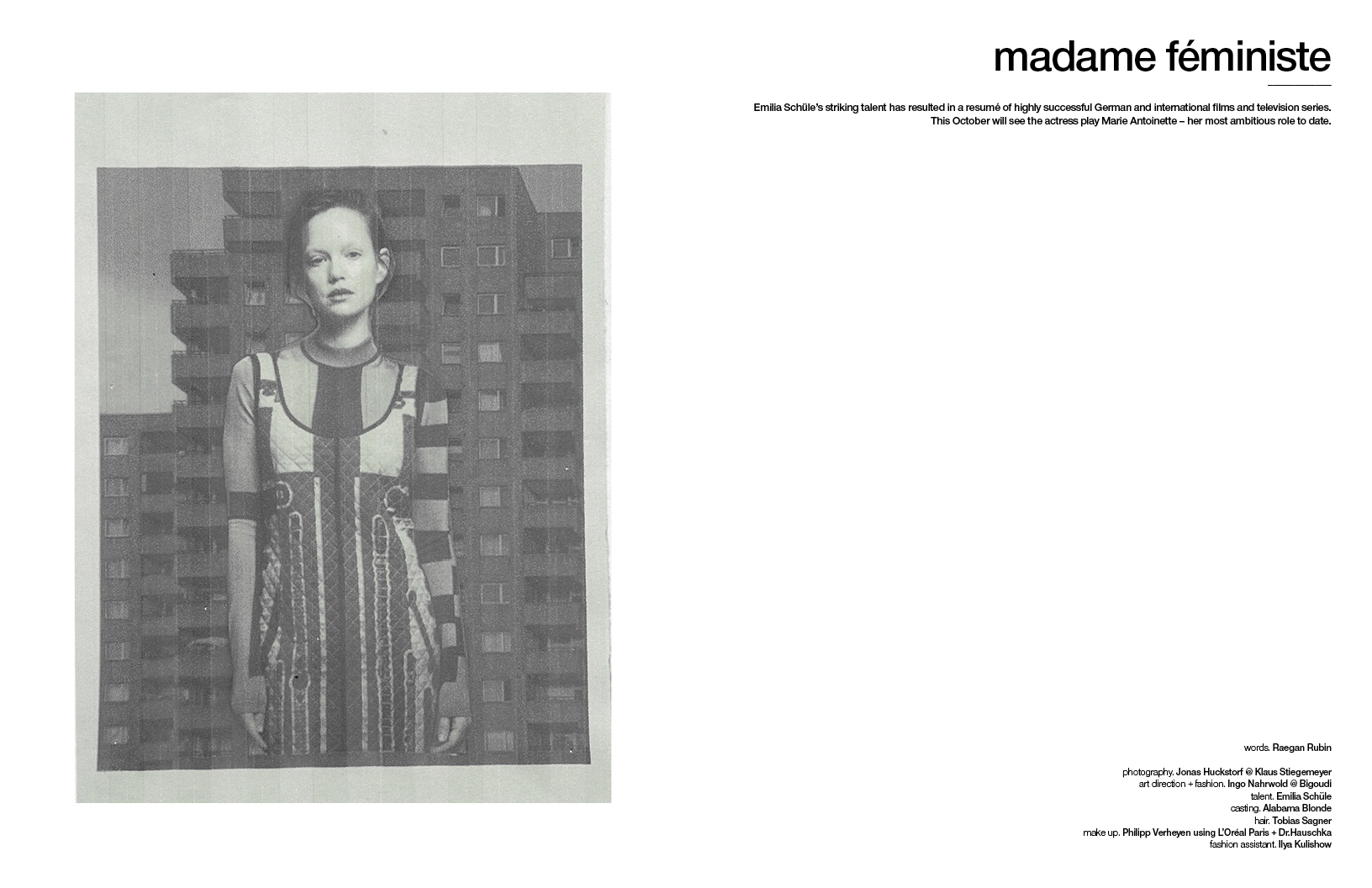 Marie Antoinette will air on Canal+ in France in late October and in the UK in early 2023.

Discover the full editorial and our chat with Emilia Schüle in print in Schön! 43. You can download your issue with this digital-only cover exclusively here.