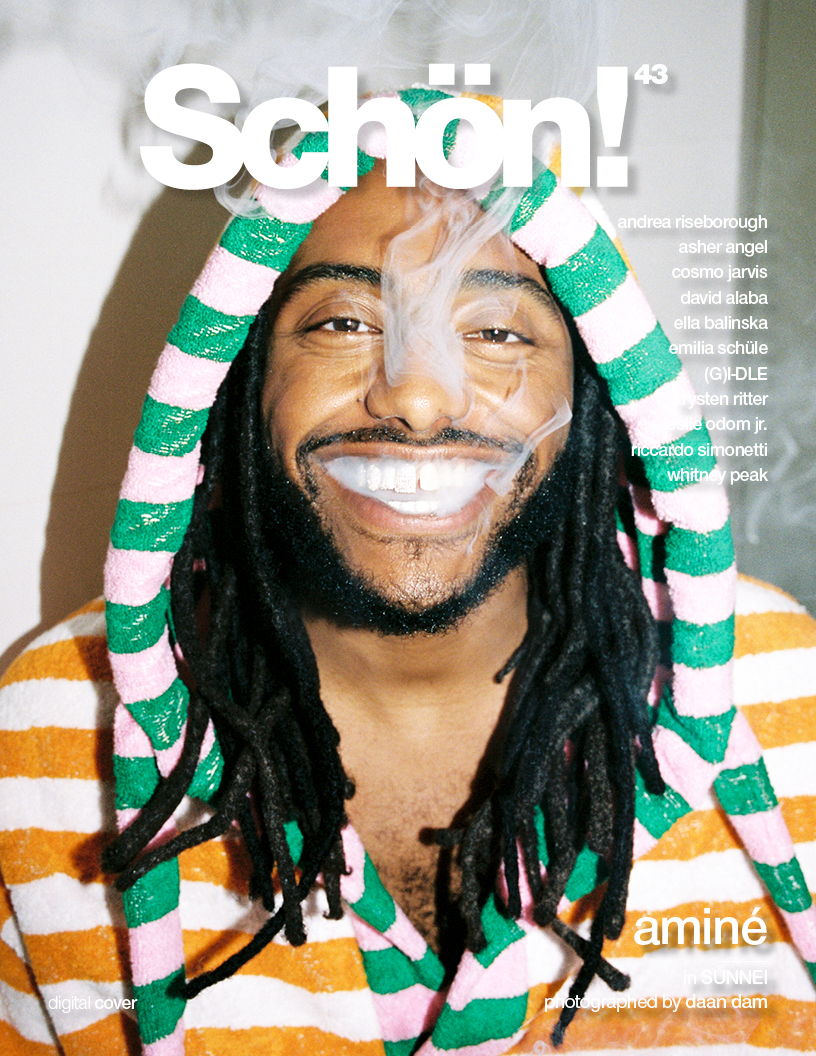 Aminé is a man on the move. Wearing SUNNEI on his Schön! 43 digital cover, the Grammy-nominated rapper is taking time to reflect on his rise to stardom as his The Best Tour Ever takes Europe. When you look back on the most celebrated voices in Hip Hop, there is a common thread. They overwhelmingly come from major US cities like New York, Los Angeles, Atlanta or Chicago. For Adam Daniel, known to fans simply by his middle name Aminé, location was no hindrance to achieving recognition for his music.

“Lasting six or seven years in Hip Hop is like 100 years,” he jokes. Aminé has just touched down in London ahead of the European leg of his world tour. Hopping from city to city is his everyday commute, and it’s a lifestyle for which he is grateful. “As artists we are so privileged with travel that sometimes we don’t appreciate it,” he confesses. “We definitely didn’t appreciate it before the pandemic, so now that it is back, every time I’m somewhere I’m very happy.”

Outside of the music, what’s most refreshing about Aminé is his lack of bravado. For him, there is just a calm humility that mimics his ascent. The artist’s down-to-earth outlook contrasts his bold performance energy, but behind his signature anthems and charismatic persona is a zen aura is a fitting balance to his fast-paced lifestyle. “On tour it’s fun, and you get to meet all the people that listen to you, but then travelling all the time is actually very exhausting,” he admits.

But, what excites him most is taking time to relax and take stock over the holiday season before he heads back to the studio to work on his next record. “I’m really excited for Christmas. I love the holidays. It’s just so warm, and eggnog and hot chocolate. It’s my favourite,” he smiles. Although he can’t reveal too much about what he has planned after that, if his past projects are anything to go by, Aminé’s vision will always be excitingly unexpected. 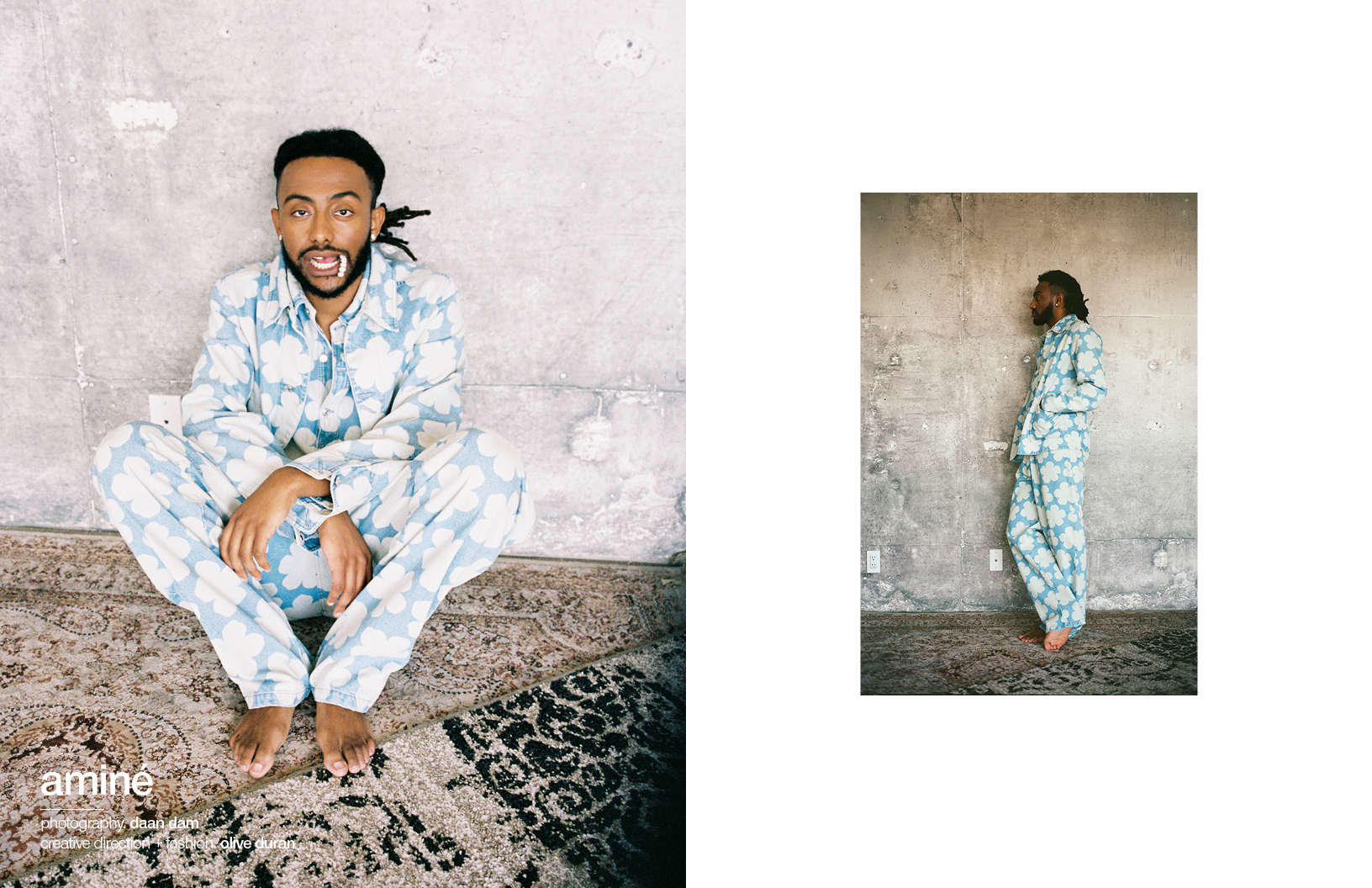 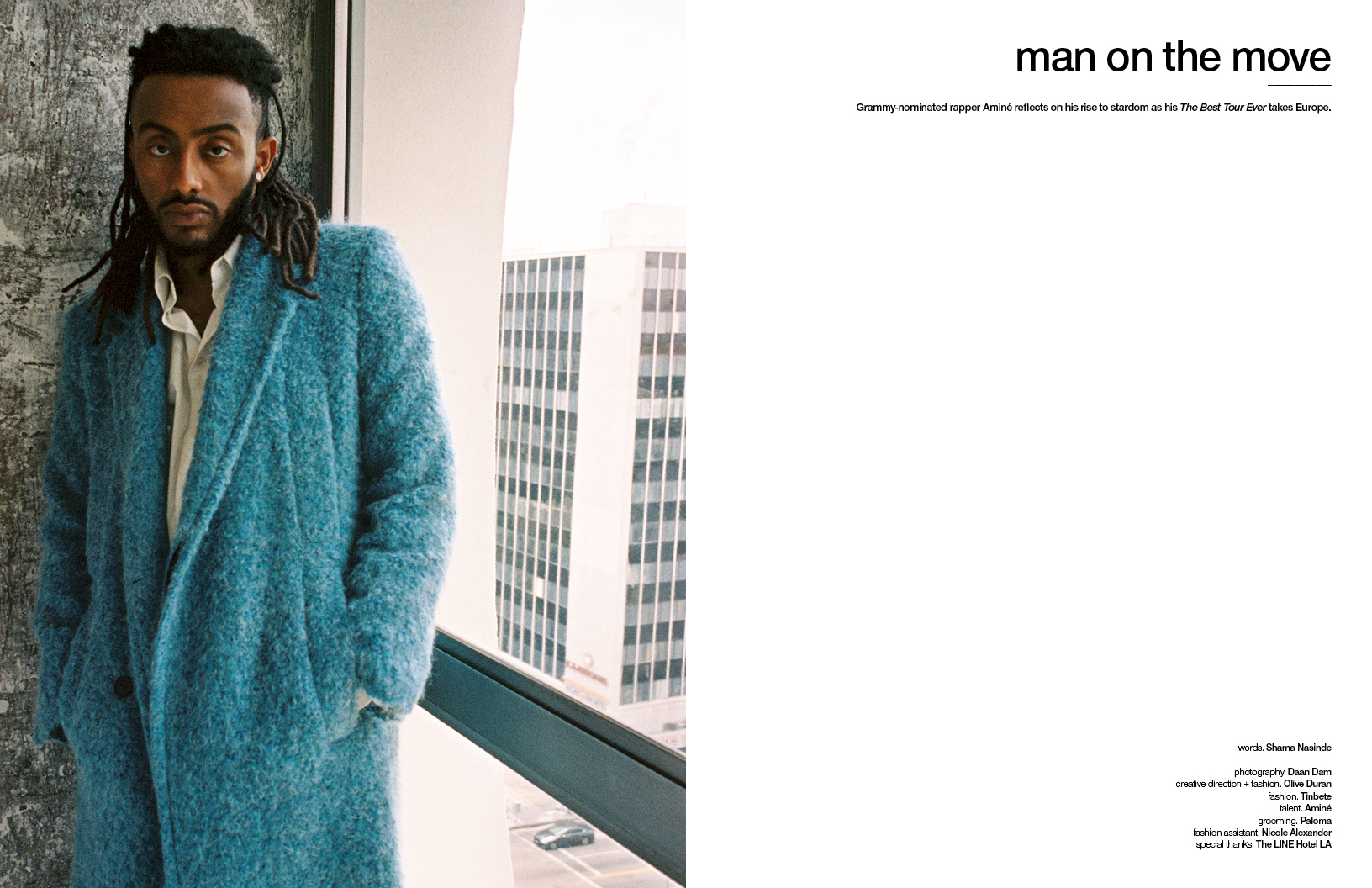 Aminé will be touring Europe, Australia and New Zealand on The Best Tour Ever until January 2023.

Discover the full editorial and our chat with Aminé in print in Schön! 43. You can download your issue with this digital-only cover exclusively here.