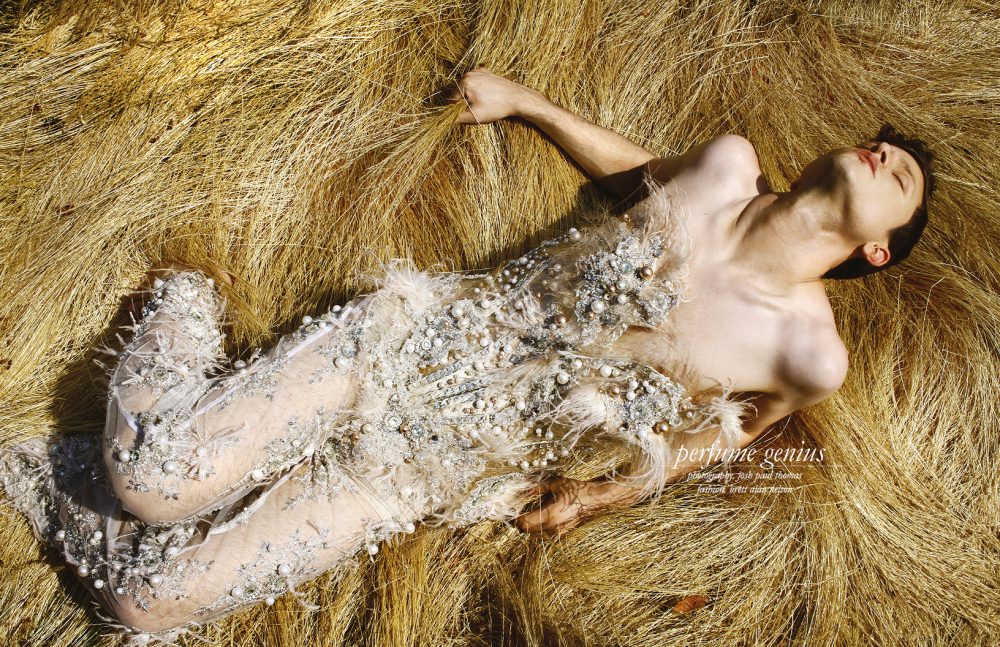 The voice of Prada’s La Femme et L’Homme, Perfume Genius is a master of constructing worlds for a population in dire need of escape. “Hit a spot with me,” he says, “and I will build a world out of it.” The Seattle-born singer speaks in symphonic swells, often losing himself in the melody of his memory. His imagination excites his tongue and, like his way of speaking, his lyrics are often “epic and ecstatic”. However, Perfume Genius insists that his songs “don’t need to be big or showy all the time, just deeply felt. What I talk about is going to be listened to. I think of it less like personal therapy and more of a group thing.”

‘Queer artistry’ is a term that gets tossed around loosely and in various contexts and, from an outsider’s perspective, Perfume Genius qualifies as the archetypal advocate. The binary structures that seemingly anchor heterosexuality and non-normative sexualities suggest there is no in-between, but his sweet-scented melodies seamlessly bridge the two. He loudly, and sometimes softly, crawls into the corners of the subconscious and lays everything out like a vanitas.

Perfume Genius is currently on tour, both with The xx and as a solo artist. Check out his latest album, ‘No Shape’, here. 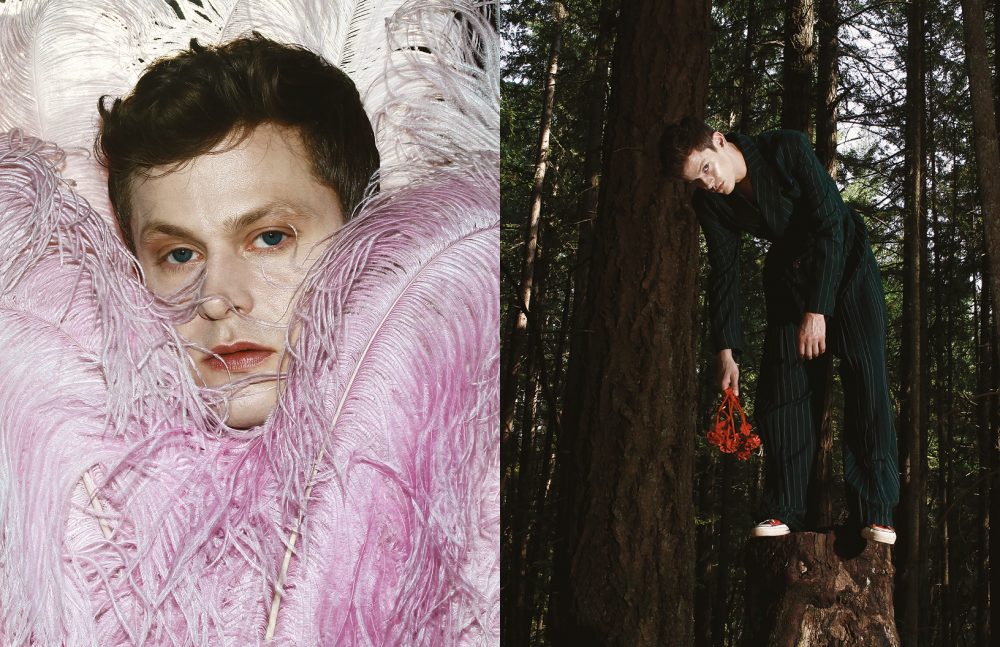