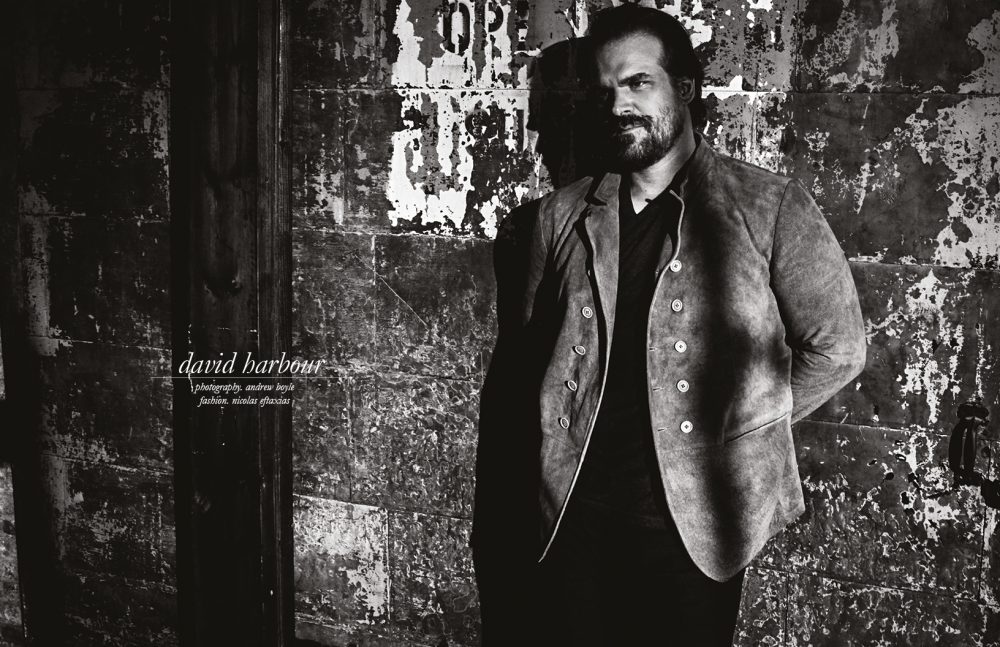 If the name David Harbour does not ring a bell, you might want to re-watch Suicide Squad, Quantum of Solace or Revolutionary Road. Yet it’s the manly, but sensitive, police chief Jim Hopper in Stranger Things that has catapulted him into the limelight. Even though the focus of the show is on a strong cast of pre-teens, it is Hopper’s relationship with them that keeps you hooked.

“They are not professional kids,” Harbour explains of his young co-actors. “They are really dorky, and that is encouraged, which is one of the things I love. I want everyone to be blown away by them, but I don’t want them to get big headed either, for the fame and success the show has brought to mess them up. That innocence and genuine vulnerability are priceless.”

Harbour himself is refreshingly genuine and unspoilt, having never had his head turned by fame. Prior to Stranger Things, he had predominantly played character parts, but landing a lead in the Netflix sensation has turned his life around, and scored an Emmy nomination to boot. It’s a role he relishes: a hero who is not a hero, a guy who doesn’t like to be messed with. “I’ve hit the jackpot with Stranger Things,” Harbour admits. “I get to play a mash-up of Nick Nolte in 48 Hrs, Indiana Jones, Gene Hackman from The French Connection, and even Jack Nicholson in certain ways. I get to play monsters, do a lot of police investigation and punch people in the face! I also get to use a lot of pathos and drama, with my deceased child.” 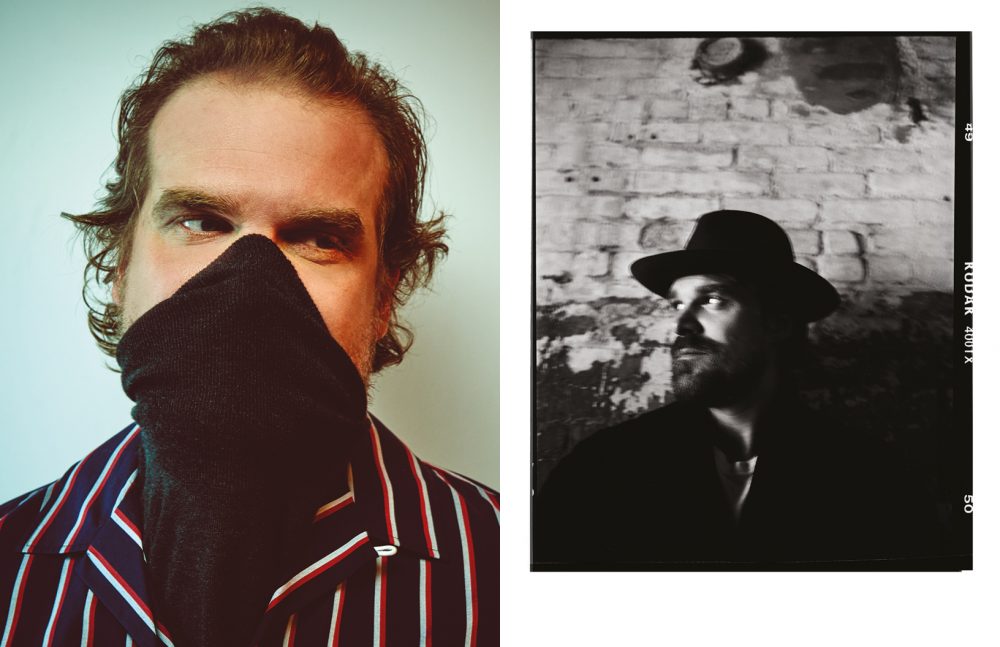