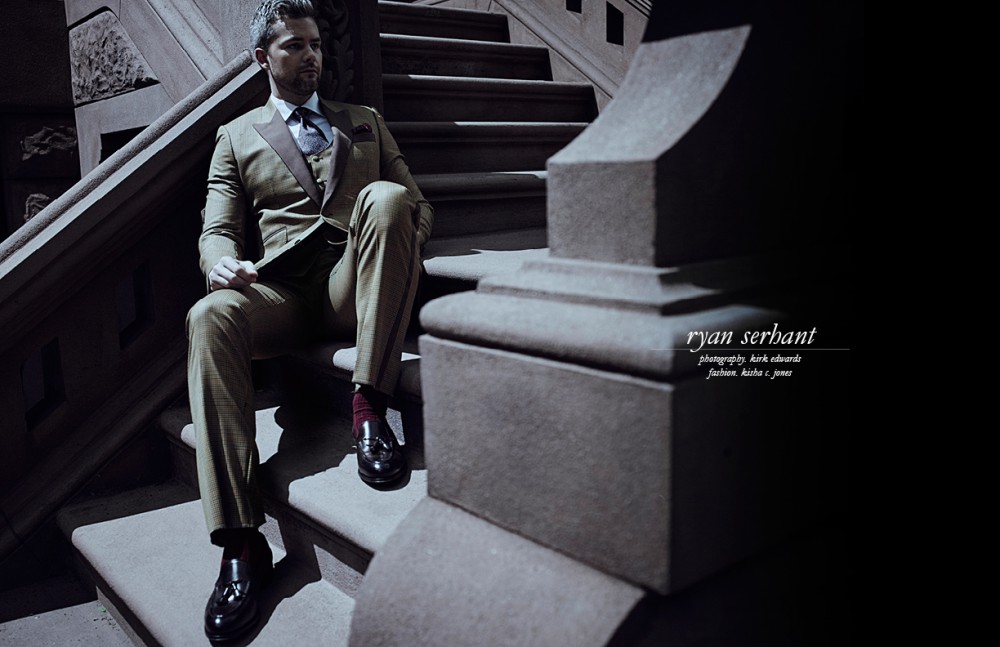 Amidst record ratings on the fourth season of his hit Bravo series Million Dollar Listing, Ryan Serhant makes the transition from realty/reality to the silver screen.

With three personal assistants, 70 suits in his closet, and a recent engagement to his fiance Emilia in which he shut down the entirety of Times Square, Ryan Serhant lives his life with a heavy pour of pomp and circumstance. Lucky for him, it’s served the 30-year-old well, having just finished production on a fourth season of Emmy-nominated series, Million Dollar Listing. With the April release of his first feature film, Noah Baumbach’s While We’re Young, Serhant turns his attention toward acting as he balances his now trio of career ventures.

In a vast, yet shallow, sea of reality personalities, Ryan Serhant stands tall (he’s literally 6’3”) as one of the few who’s managed to bolster his pre-existing business–that of brokering real estate–by presenting it unabashedly on a Bravo reality show. “I’ve always been someone that liked attention. I think that’s something I’m only now OK with admitting,” Serhant admits.

Born in Houston, Texas, and raised in Boston, Massachusetts, Ryan Serhant began his professional career as Evan Walsh III on As The World Turns. His path to soap opera stardom (which ended with his character being lethally injected by his grandma after he’d taken her hostage during a rooftop helicopter escape to the Caribbean) was not your prototypical audition process.

After reading a casting notice in Backstage Magazine for a new reality show on the internet (this was 2005, mind you), Serhant was selected to join the cast of InTurn 2. The premise: A dozen actors are whittled down week by week with the winner earning a role on As The World Turns. Serhant, of course, won. 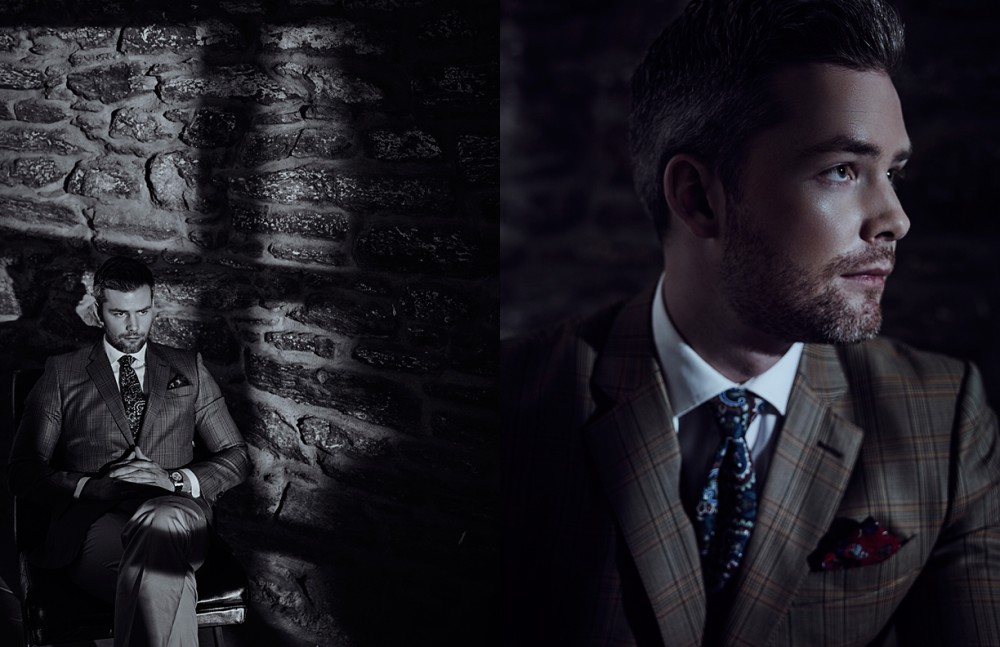 “In the beginning it was private car services, catered breakfast, but by the end that was all scrapped. I was literally watching the genre die.” That’s when he decided to get a print agent. After posing for his first round of headshots, AT&T called wanting to see Serhant for a new hand campaign. “A hand model, dude? I can’t be a hand model.” But the $1500-a-day payout was enough to make him reconsider. “I have photos of me on a decline bench where I’d be perched up for hours with my arms tied together so they wouldn’t shake–it’s a hard job, man.”

What could have been a prolific hand modelling campaign (“my hands would go by me on buses in Times Square”) was cut short when, in 2010, Ryan saw an ad in Curbed casting a New York-centric version of Bravo’s already-popular Million Dollar Listing: LA. Serhant – who “didn’t really watch Bravo”– headed down to the Hudson Hotel on the suggestion of a co-worker, joining thousands of real estate agents vying for a spot on the show. “I never treated it that seriously because, unlike all the other real estate agents they were talking to, I’d gone through the casting process before.”

The casting process lasted 8 months before Serhant, along with three other brokers, made it onto the show. They began filming in November, 2010, but the first season of the show didn’t make it onto the air until 16 months later. When it did, the fourth female broker had been cut entirely. 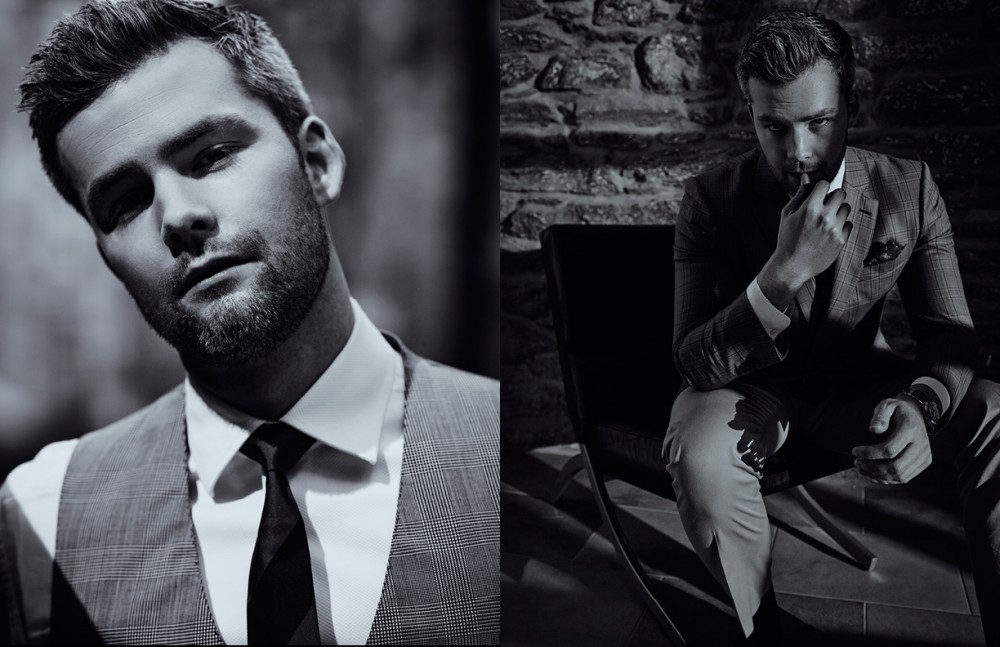 This further incentivised the guys moving forward to go big, or go home, with the omnipresent reminder of just how replaceable they were. “I knew that yes, I had to be good at real estate and do big deals, but I also had to be dramatic. A lot of that stuff was me trying to push the envelope so I wouldn’t get fired.”

So, is the Ryan that I’m talking to right now the same Ryan presented on the show, we wonder?

“The Ryan this season is very, very much the Ryan that I am now.” The earlier seasons were different. “The first season I was a little crazy; a little misogynistic,” he admits. “I guess I was the bad guy, which I never thought was going to be the case because I was being royally screwed over while filming, in front of clients, and it was going to be on TV. There was a genuine need to retaliate because I felt humiliated.”

“One thousand per cent. I’m not a housewife. I’m not selling toasters. I don’t need to do a show to be famous. The whole reason I did the show–yes, yes, it fulfils my performative desires – but it’s mainly for business. It’s insane exposure.” His business, as well as that of MDL co-star Fredrik Eklund has, according to Serhant, dectoupled.

“Our relationship is better now then it’s ever been before,” says Eklund. “It has a lot to do with Emilia and Derek. Ryan and I were both lost without them in different but similar ways. I love watching Ryan evolve. Professionally he is expanding as a broker, personally he is much calmer and happier today. In the end of the day, I think we understand and respect each other more than be both would like to admit.” 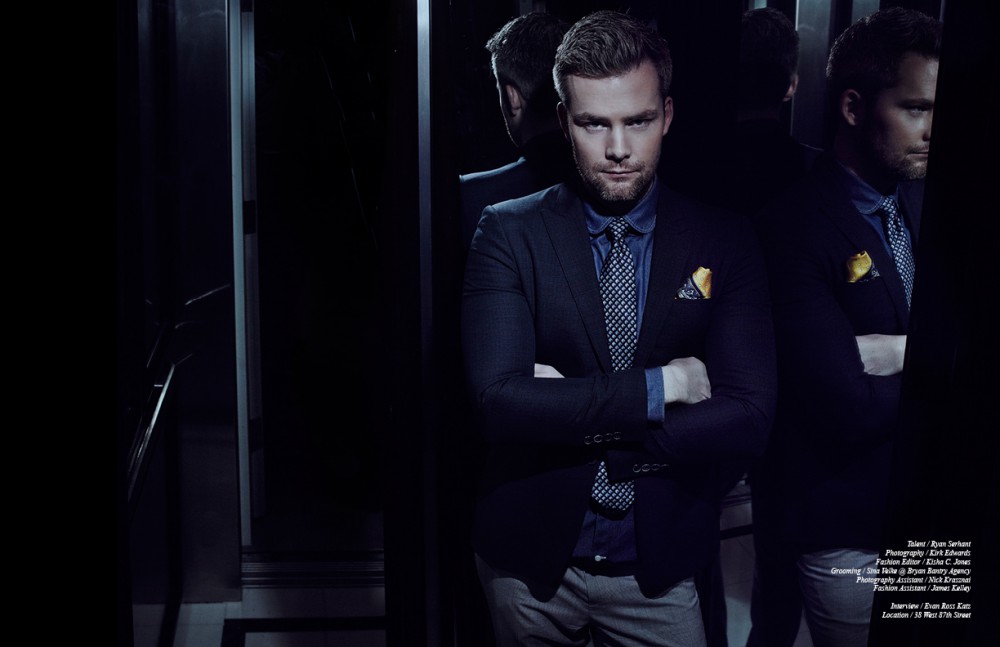 Amidst this surge in real estate success came another opportunity when Serhant landed a role in Noah Baumbach’s film, While We’re Young, appearing opposite esteemed thespians Ben Stiller and Naomi Watts.

The casting director’s reached out to him via email to see if he’d come in for a cold read. “I thought they called me specifically.” He thought wrong, walking into a room of 200 actors, all in suits, reading for the same role. Four months passed before he received a phone call asking if he’d read with Stiller the next day. (Spoiler: He got the part.)

Since wrapping production on the film, Serhant’s continued his thespian pursuits with a guest appearance on Debra Messing’s “Mysteries of Laura,” while teasing possible future film roles already in the works. “Listen, some real estate agents play golf, I just happen to make movies.”