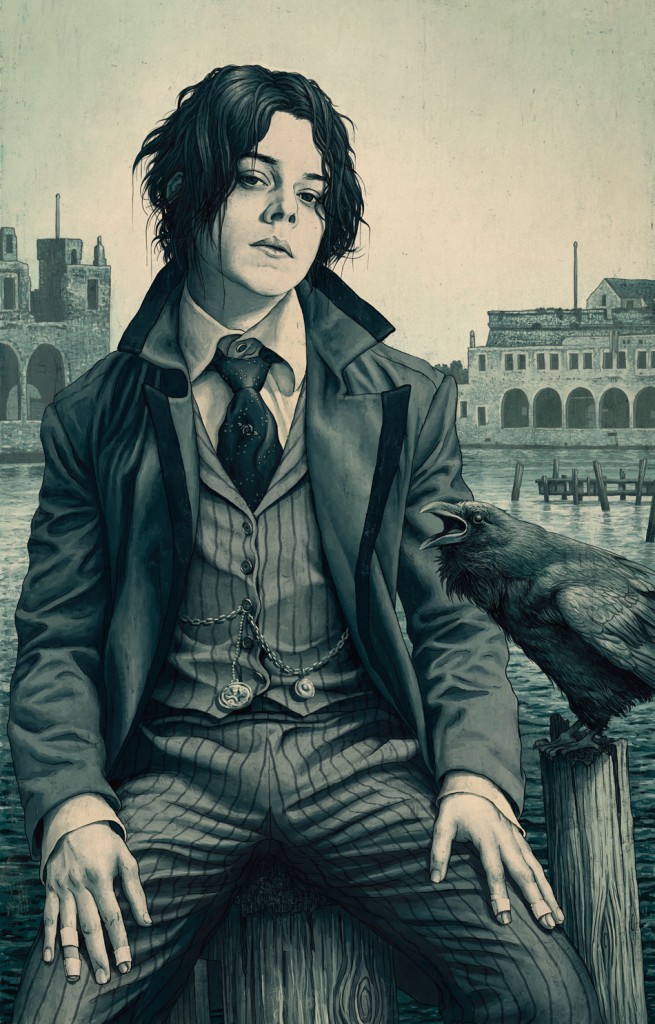 Rory Kurtz is the man who brings paint to life. Every line and shadow holds a captivating sense of animation, every colour stands vibrant and energetic, whilst every stroke seems to breathe a remarkable sense of being into every subject of choice. Rory doesn’t just achieve his signature style through paint, or even digital paint; as a man of many methods  he is able to achieve such depth and character in everything from ink to pencil.

With influences ranging from Spiderman to Rembrandt, the Chicago based illustrator’s unique combination of realism and fantasy has publications such as The New Yorker and Rolling Stone magazine knocking at his door. And now Schön! has the pleasure of hearing what Rory has to say on his career so far, honing his skill, and being an inspiration for other young illustrators. 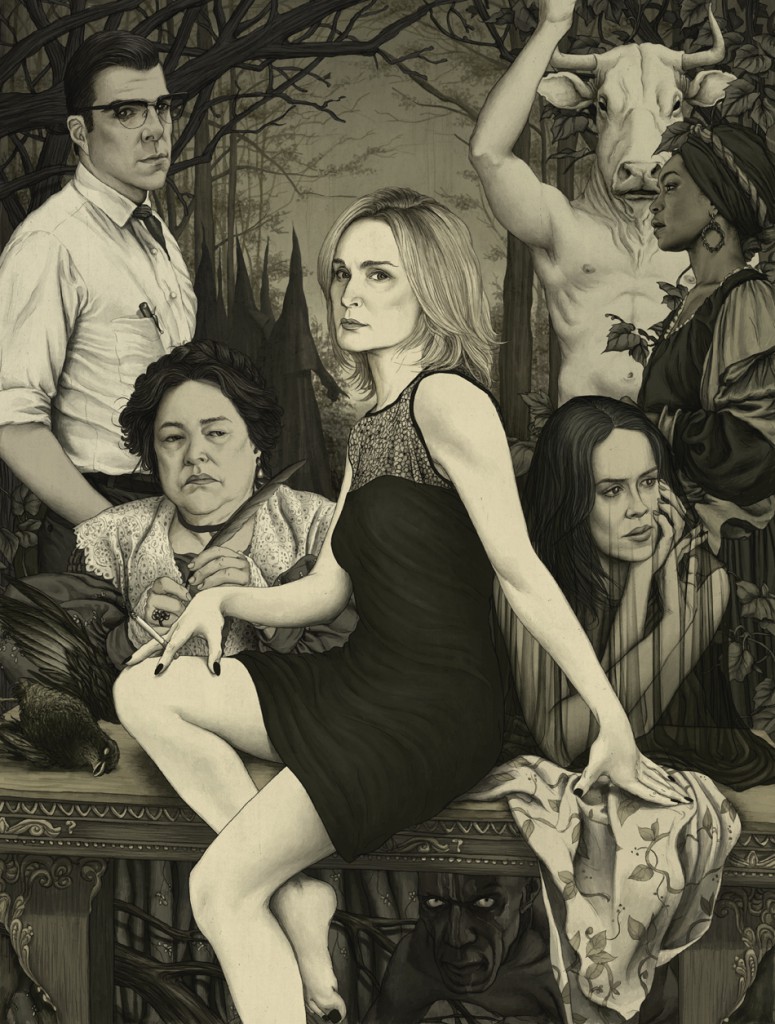 How did your love for illustration begin?

I’ve always been hugely interested in illustration. As a child I was surrounded by illustrated books and comics. I’d stay up late at night reading Charles Schulz’s Peanuts strips and it all naturally grew from there. From Little Nemo to Spiderman, I just couldn’t get enough. I had this great love for drawing, and was fascinated by artists that were doing it with such great skill.  I could give you a list a mile long of all the talented artists that inspired and moved me.

You’re self taught.  Is your artistic expertise down to natural prowess or is it something you’ve had to hone over the years?

I’ve worked tirelessly at it over the years.  It’s always been a staggering investment of time.  If there’s an easier or speedier way of mastering a skill, I sure haven’t found it yet.  I can’t say that there isn’t a certain amount of natural aptitude involved, but the truth is that talent will only get you so far.  And like most things in life, you’ll only get out of it what you put into it.  There’s no substitute for consistent study and practice.

Who were your main artistic influences growing up?

I really gravitated towards comics as a kid, so I was a big fan of Jim Lee, Travis Charest, and Barry Windsor-Smith.  Plus, I was completely absorbed by the sort of darker look and drama of Tim Burton and Edward Gorey. It wasn’t until I was an older teenager that I saw the need to study the masters: Michelangelo, Rembrandt, Klimt.  I think it’s normal for young artists to be consumed by their present day inspirations, but sooner or later there’s a need to dig deeper. To find out who our idols studied from, to go as far back to the source as you can.

How does the illustration process start?  Do you ever experience creative block?

Oh sure, there’s creative block.  Even if a client comes to me with their theme and concept well detailed, there’s still the need for me to somehow breathe life into it and make it work visually.  In a way, it can feel like I’m wrestling with it and trying to pin it down. Other times, it just seems to flow right through the hands, and damn-near create itself.  There’s no rhyme or reason that I’ve discovered for this inconsistency, and I think this is something that most illustrators can sympathize with.

I typically start the process with reference work.  I dig around online putting together a library of reference images for any particular topic that I’m assigned to work on.  More often than not, something I see sparks an idea or a direction. 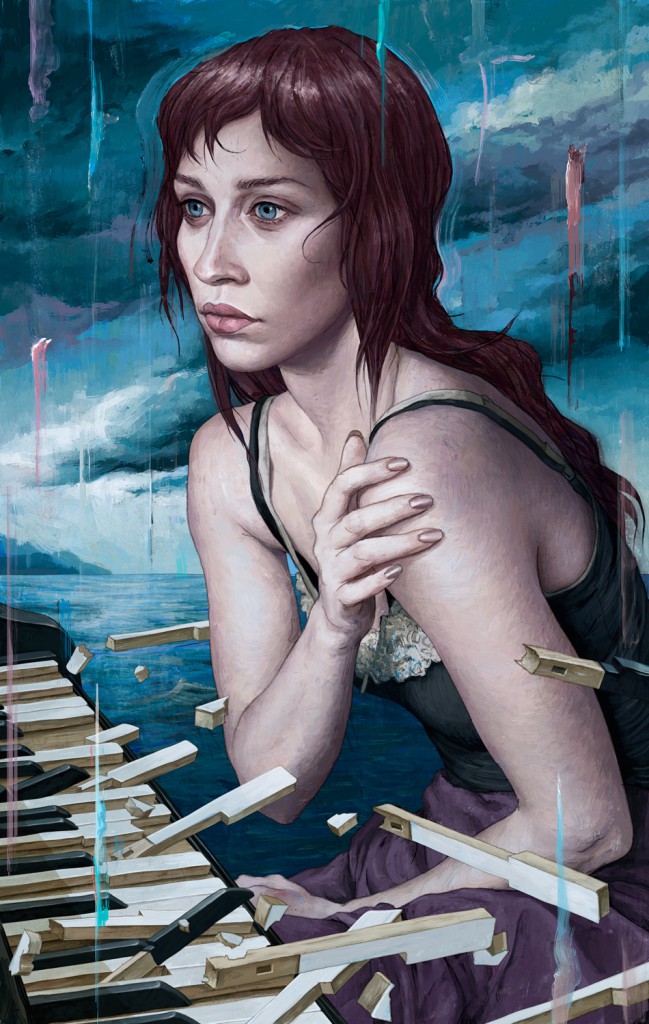 Your style is really unique to you.  If you could describe it in one sentence, what would your niche be?

The beauty of any visual medium is that the images can speak for itself.

You work with various mediums, but how does digital paint work?

Surprisingly similar to any other paint, with significantly less drying time. I learned with traditional paint, mainly watercolor. But illustration assignments often call for exceedingly quick results and flexibility, which is the great advantage of working digitally. The process is not that much different from traditional painting. I still begin with drawings then move to a final pencil draft, followed by under-painting, then the brushing in of final colors, ending with the same tinting, scumbling, and finishing touches of any traditionally painted work.

Previous to illustration you dedicated your time to photography.  Is having a photographic eye advantageous to your art work?

Definitely. The same rules of color, composition, and content follow from one to the other. There is a mutual advantage between to two.

You’ve worked a lot with Rolling Stone magazine, illustrating the likes of Jack White, Kings of Leon, and even Nirvana.  How does it feel to keep being asked back?

In a word, grateful. Having clients that consistently return for additional work is what makes a career in this field possible. Plus, I’m always pushed to somehow approach each assignment with them differently, so that the work I hand in doesn’t become too repetitive. Likewise, their art directors have been so skilled and easy to create with. They have such a rich history of “cool” and it’s just a blast to be able to contribute to that. 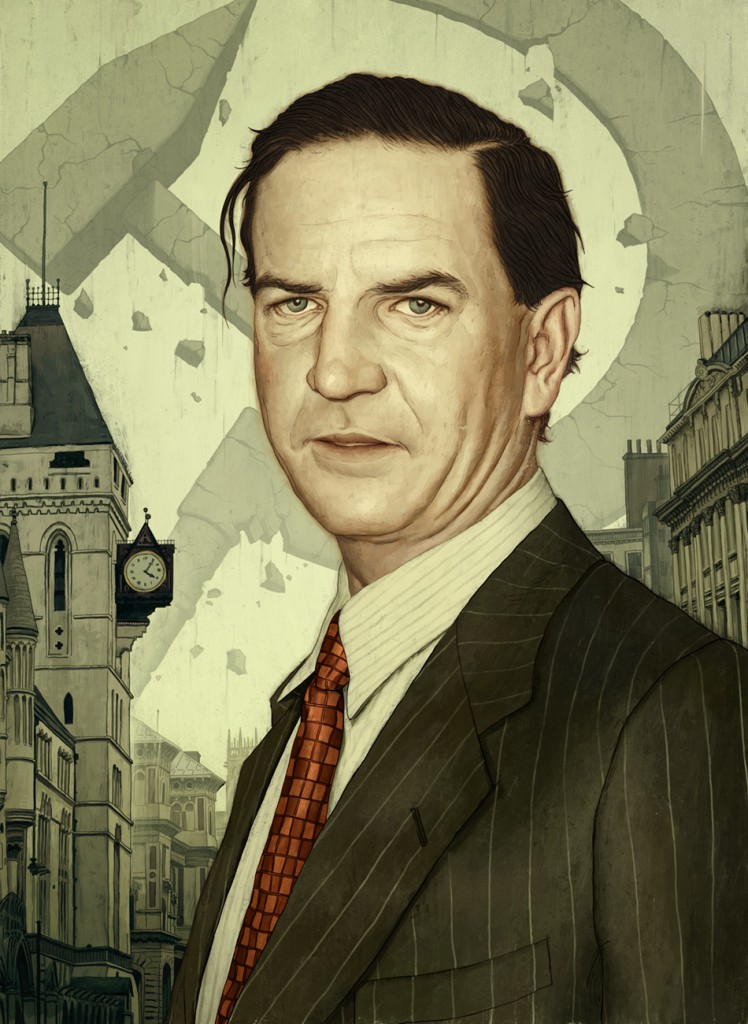 Your work is an inspiration to many young illustrators out there.  How does that feel?

Like I’m participating in a much larger story of art and illustration. To be inspired by so many, then to be inspiring to others, and to have them go on to become inspirations to others themselves.

What’s been the most memorable experience of your career so far?

I’m still thrilled every time I see an assignment get to print and landing on the shelves. Each time is memorable and satisfying.  All the hours and late nights working finally coming together with a complete and printed piece. It’s like when you finally get to sit down and share the meal you’ve spent hours preparing. You watch everyone dig in, you let out a satisfied sigh, and immediately think of ways you could’ve improved upon the dish. 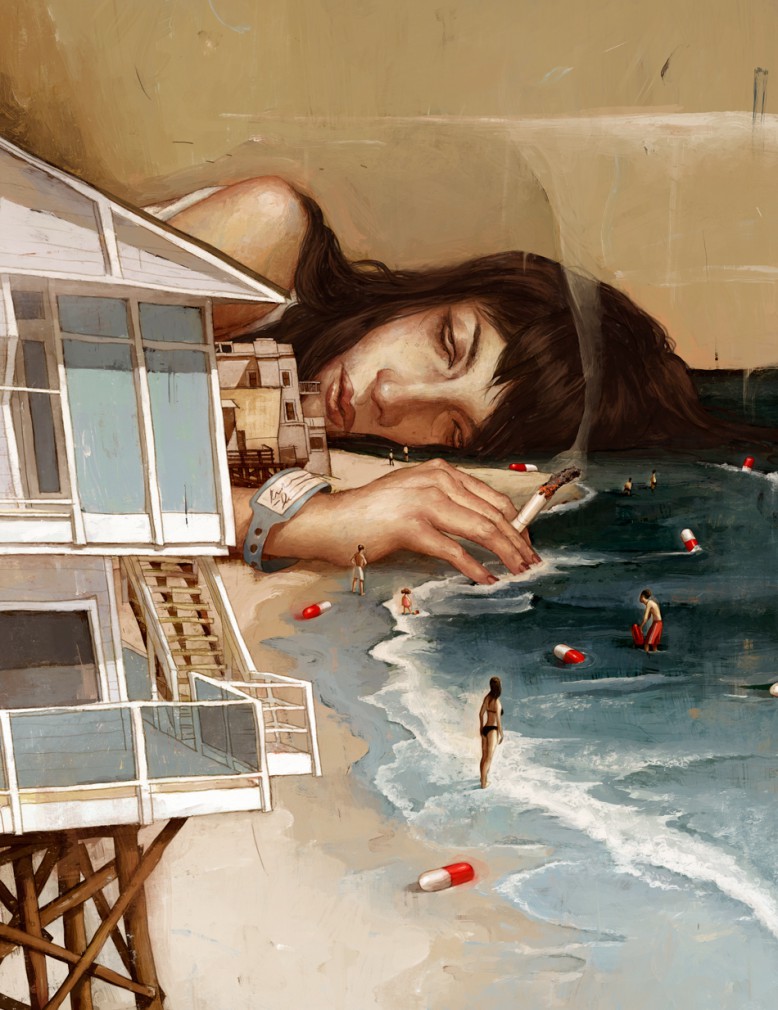 And the most invaluable thing you’ve learnt from your career.

An illustration is produced by an individual artist, but a career in illustration is the result of others.  Which I suspect is true of most careers worth having. From above it looks something like a pyramid. An artist at the point with tools in hand, and ever lengthening lines of individuals behind him/her pushing the point upward and supporting it at the same time.

I have a fantastic agent, Sari Levy-Schorr, in New York that I’ve been working with for years, a beautiful wife who’s never been anything less than supportive and enthusiastic, scores of equally talented art directors to work with, and terrific friends and family who help make me better at what I do and share the fun of it with me. Not to mention the endless ranks of past and present artists to draw inspiration from. I may produce the art, but it’s the people around me that make the career possible.

To find out more about Rory Kurtz visit his website here