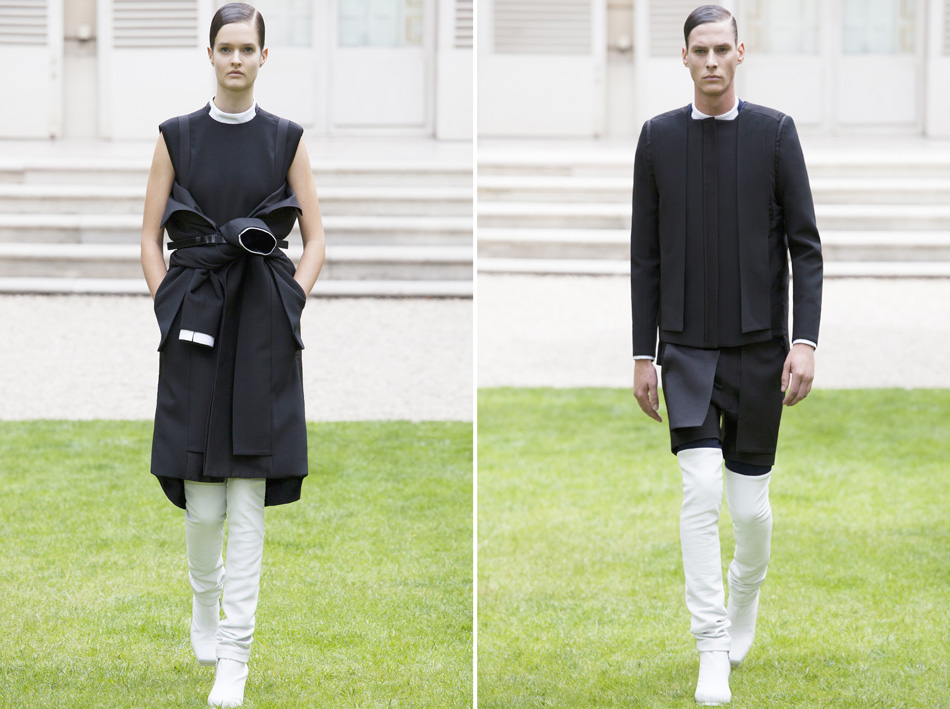 In today’s world, expressions such as “androgyny” or “transgender” do not complete the sociological picture. While switches, interweaving, and crossovers between male and female wardrobes were the principal notions in previous fashion collections, Hourani’s clothing line goes beyond that. The Canadian couturier does not assign clothing to gender. He promotes conformism as the essence of individualism without restrictions on gender, age, or season. 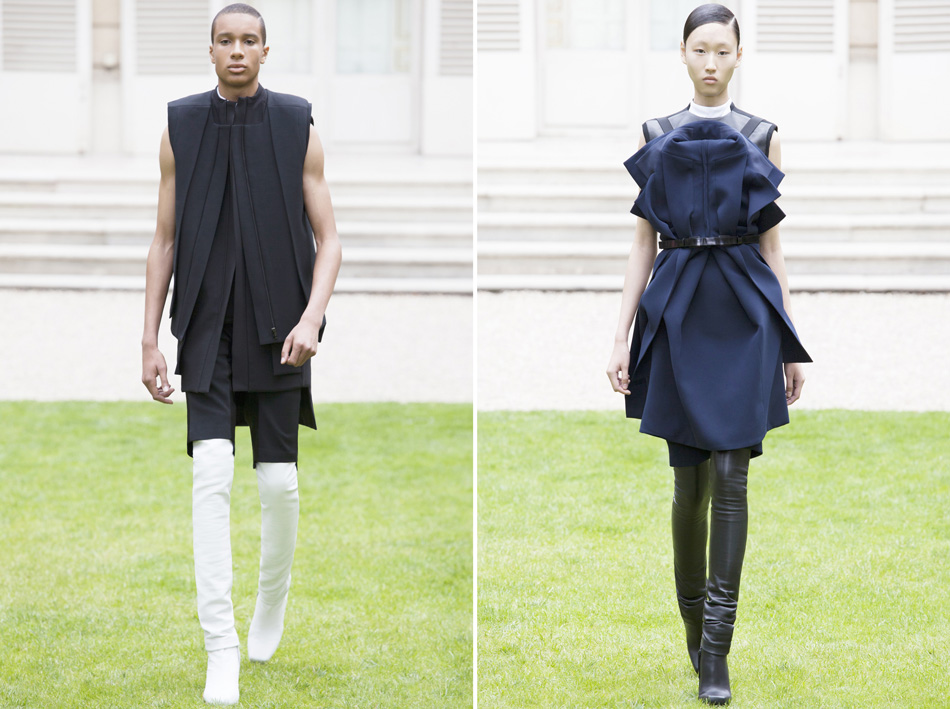 The runway show took place outdoors on a fresh grass lawn using Parisian architecture as the backdrop. Using an equal number of male and female models, Hourani kept makeup as natural as possible and hair sleekly swooped into a low bun. For his clothes, the designer focused on the classic colours of black, white, and marine blue. Every look that came down the runway was very sculptural and conservative in nature. Trench coats had multiple lapels and crepe silk blouses were transformed into architectural corsets with skilful pleating. Models sported long leather pants, sometimes with shorts over those pants. Men wore boots with heels and women waist-defining leather belts. Bags were not worn on the back or shoulders, but were tied around the waist. Always graphic and refined, Hourani’s collection was meant to challenge our attitude towards ourselves and those around us.

The final walk consisted of models wearing white masks, thereby concealing their identities. An elegant display of people without+t gender, the last look at Hourani’s collection hit home as he conveyed our new social reality of how sexual identities and relationships are no longer distinguished between straight or gay. It is not about how men and women should dress, but about what fits them best. Fashion now concerns what looks good on both. It’s about modernity. 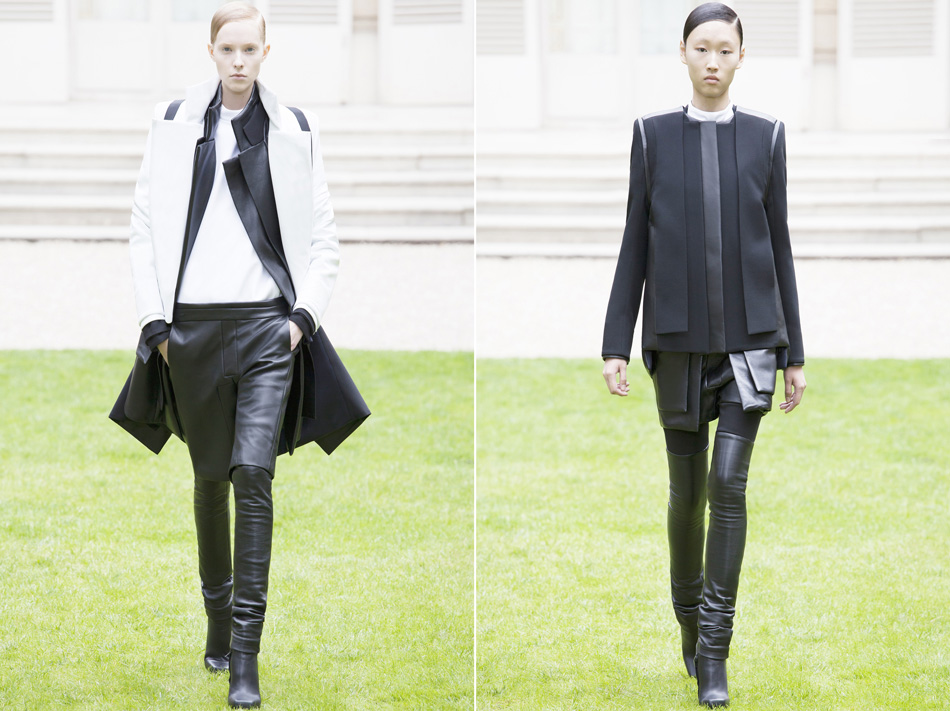