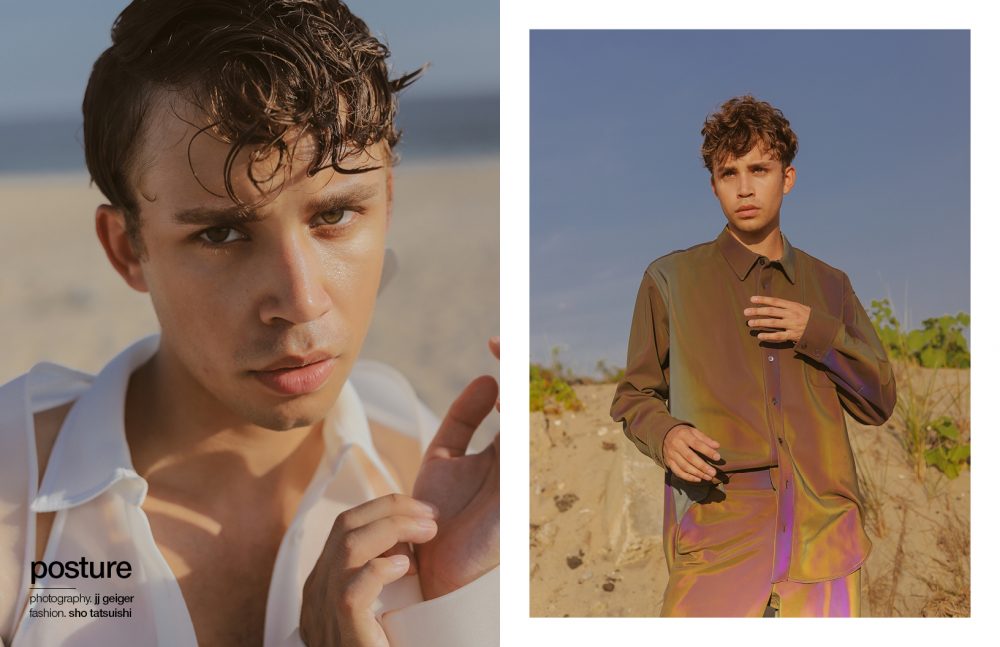 Jeremy McClain vogued his way into television history on the phenomenon that is Pose playing Cubby, the crop top-clad fierce wonderchild of House of Abundance. The show, which premiered earlier this year on FX, has gone down in the books for the most diverse team both in front of and behind the camera, a milestone for the LGBTQ+ community. It’s a big moment for the culture and an even bigger one for the actor-turned model. The success of Pose has been keeping him busy and there’s no sign of stopping him. We spoke to McClain about his overwhelming success, pride and how a biracial kid from Virginia ended up slaying the ballroom in this historic show. 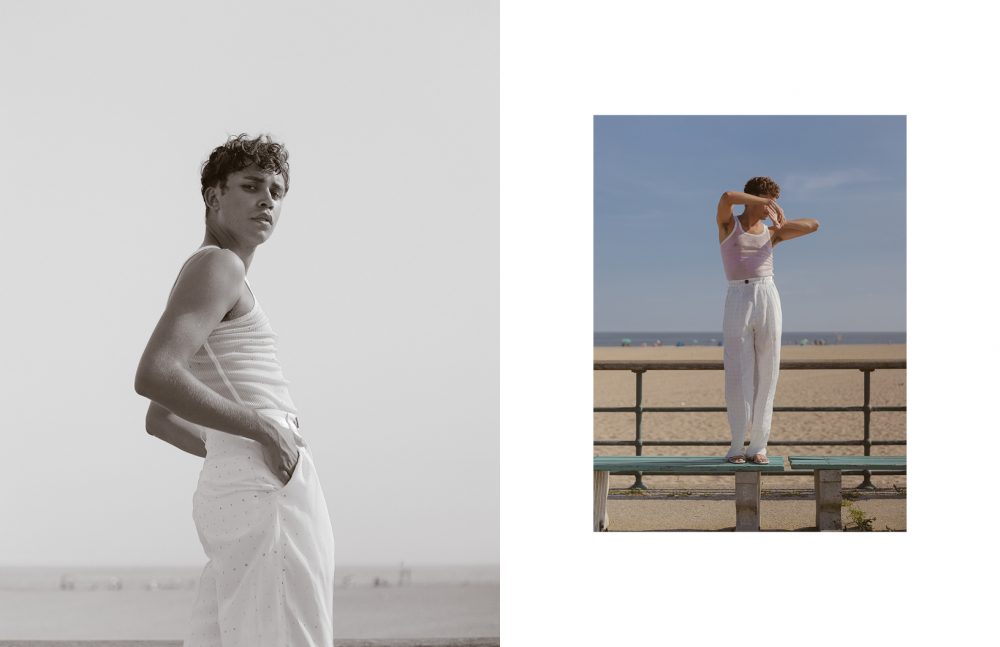 Where did you grow up?

I grew up all over. My parents were in the military so we moved around a lot to places like Naples, Italy, and Reykjavik, Iceland. We finally settled in Norfolk, Virginia, where I went to high school.

What made you get into fashion?

I was at a dance audition here in the city after high school and one of the casting people approached me after and asked if I wanted to model. They set up an appointment for me, and I left with a contract. From then, I was hooked. 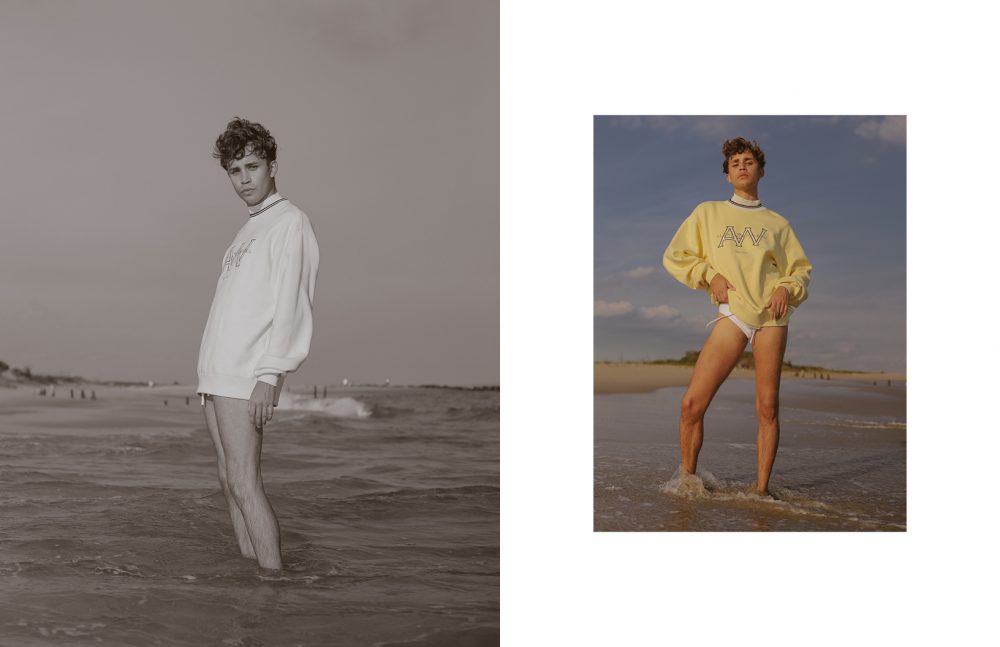 How was it going into the show having to vogue and represent the ballroom scene?

It was a little bit intimidating but fun! I got to be around all these amazing figures who are icons on the scene and learn first hand from them which was a dream. My biggest priority was just making sure I did it justice for all the people from the past and present who have lived their lives for vogue.

Pose represented a pivotal moment in television, with record-breaking LGBTQ+ and POC representation in front of and behind the camera. What does it feel like for you to be part of this?

It feels like an honour. It’s still a bit hard to believe that I’m a part of something so revolutionary that is changing the landscape of TV but it’s definitely not lost on me. I think it’s one of those things I’ll look back at one day and be like…”wow, we changed shit.” 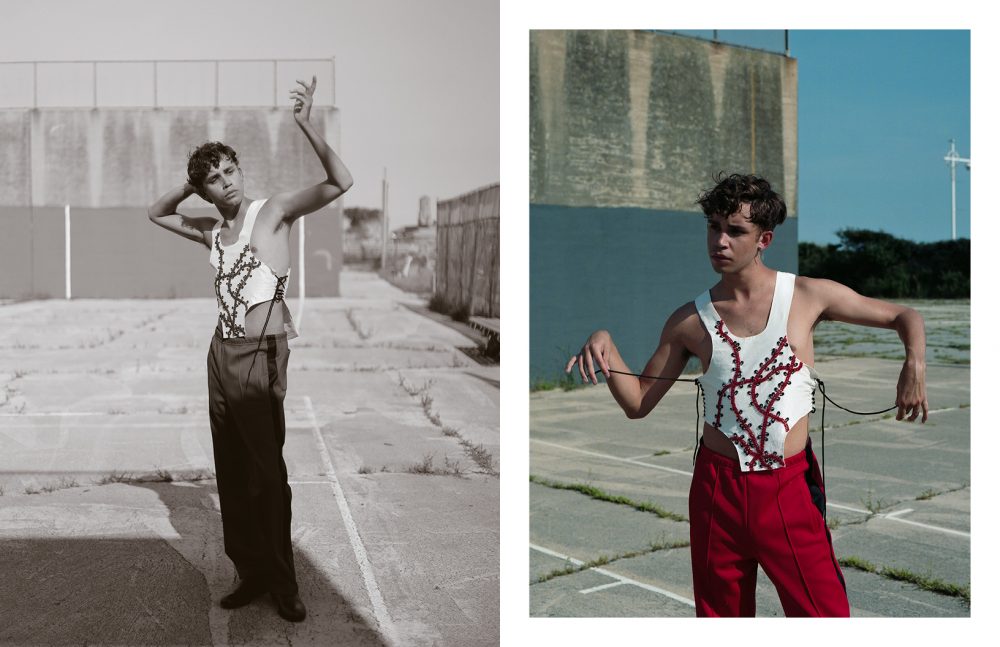 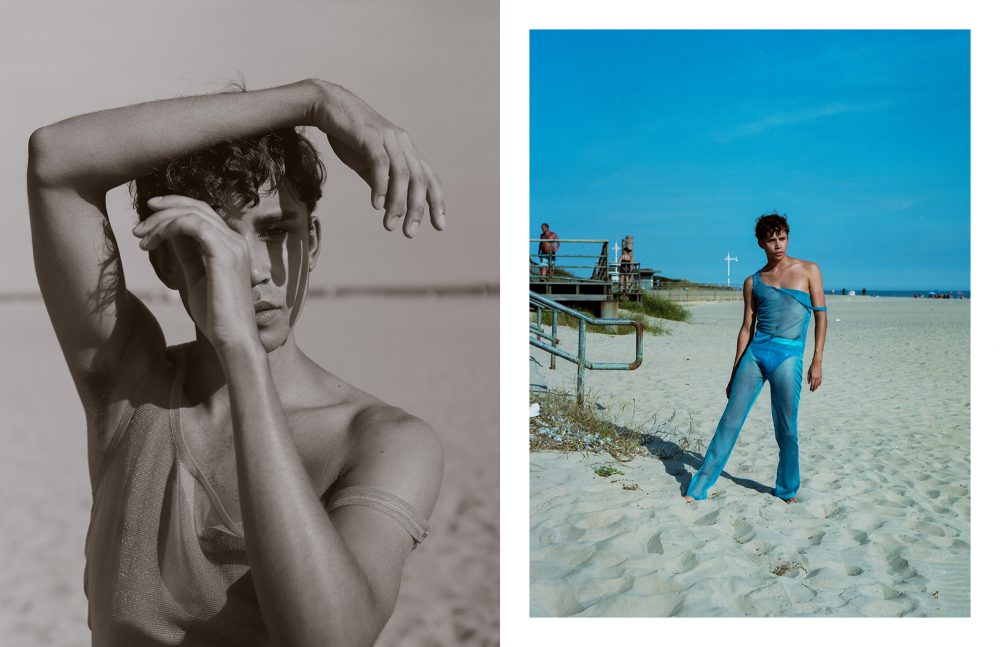 Now after being on Pose, what does ballroom mean to you?

Ballroom is a one of a kind community where people can be who they want to be, no matter where or what they come from. It’s where they can express their innermost desires and live a fantasy they might not necessarily be able to in reality. It’s a haven and a beacon of hope in a world that can be really dark. Really, it just means love.

Being on set every day with all these amazing, diverse cast members, you must have formed a “House” of your own. Explain to us what a House means for the ballroom community.

A house is family. It’s people that support you no matter what and are there for you whenever you need. For most of the people who were living when Pose was set, they didn’t have the support of their families. Luckily, the world has become more accepting but it’s still like that for a lot of people, sadly, so for them a house means everything. 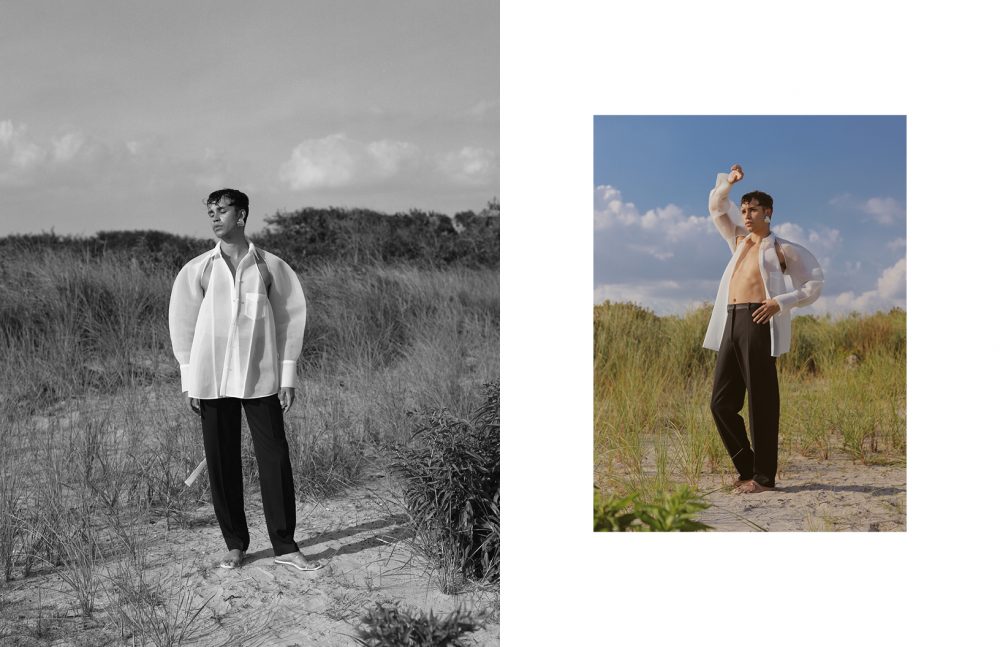 Being biracial in America you must have struggled a lot with your own identity. What have you learnt about yourself through this show?

Racial identity has always been something I’ve struggled with. When I was growing up, people looked at me and my parents like we were crazy when we walked down the street. Nobody really looked like me. You never really saw people like me or families like mine on TV or in movies so I always felt like I was different.

I think the biggest lesson Pose has taught me is self-love. Through the show, I’ve been given the opportunity to form a bond with people who I share such a unique experience with, in that they are all not only LGBTQ+ but also of colour, and it’s allowed me to put my past and how it’s affected me into perspective in a way I couldn’t before. I’ve finally been able to connect with a community that knows exactly what I’ve been through and accepts me for everything that I am and, with that, I’ve been able to do that for myself as well. 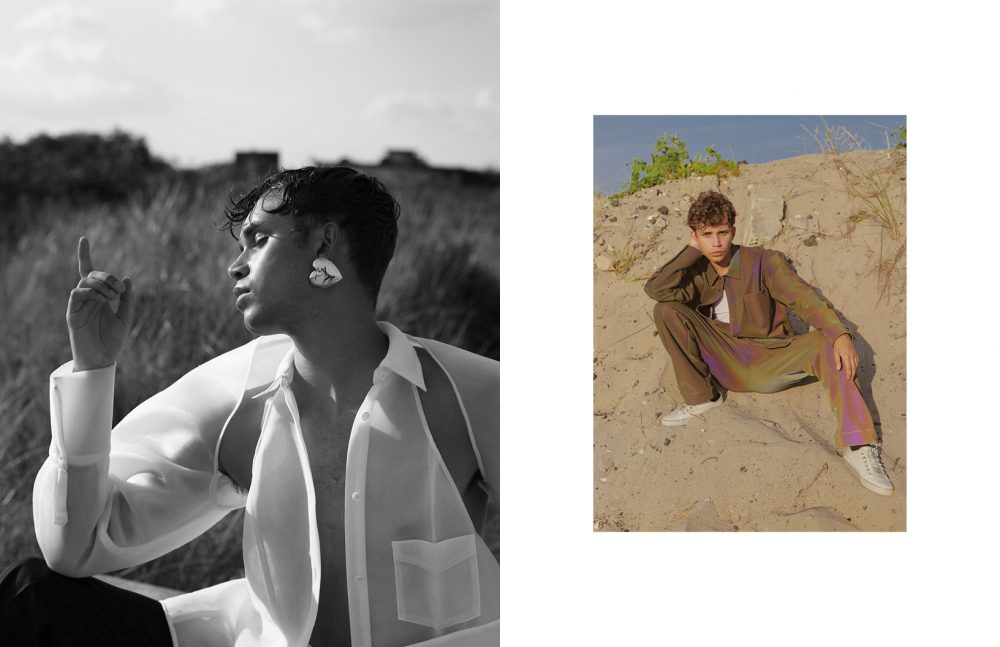 Why do you think this show is so important right now?

It’s important because people need to know that we as LGBTQ+ people of colour exist and will not stop existing. Whether that’s people like us who need to know they’re not alone or people who are against us. We’re here and we’re not going anywhere.

What do you want viewers to learn from Pose? What’s your message to the kids watching this who are still struggling with their identity?

I want people to know — which I think a lot of people have already learned from the show already — is that we are all the same. It’s amazing to see the messages on social media about all the different kinds of people being able to relate to the story, especially people from older generations whose perspectives towards the community have changed. My message to the kids is that your voice is just as important as anyone else’s and to not let anyone silence you. 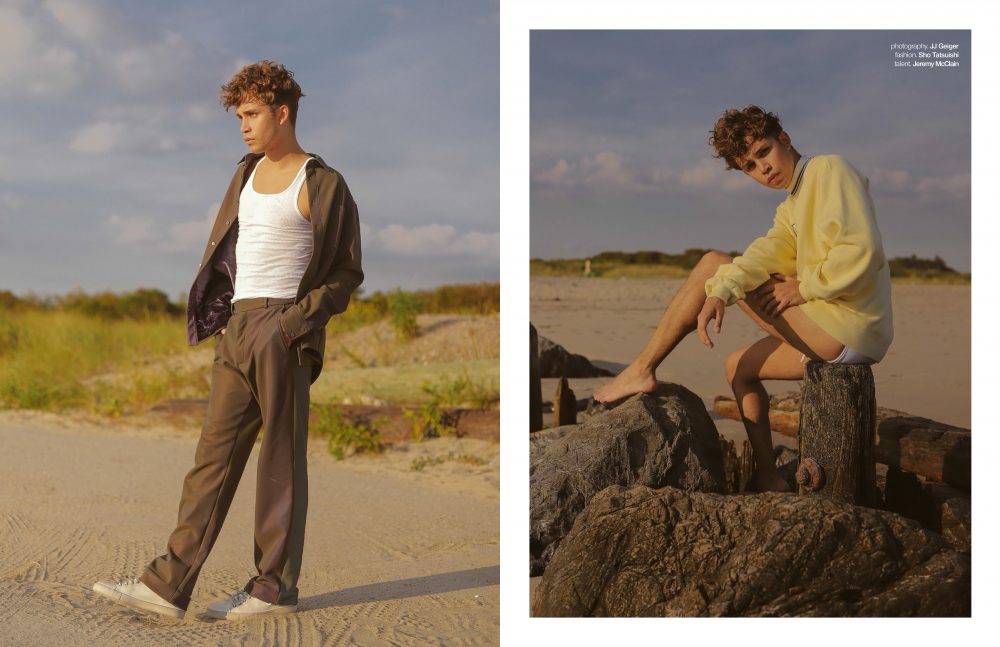 You’re also a singer! You’ve been working on your first EP, tell us a bit more about that and when can we hear it?

I am! The only thing I can tell you is that you’ll hear it when you hear it…

This is an incredible time with a promising career ahead of you. With all these possibilities unfolding, what would you say is your greatest aspiration?

My greatest aspiration is to be the person that I needed to see when I was a kid. If I can give someone the power to believe in themselves, then I’ll know I’ve made it.

‘Pose’s second season, which reportedly picks up a full year after the events of the first season, was confirmed earlier this summer, although there is no release date yet.