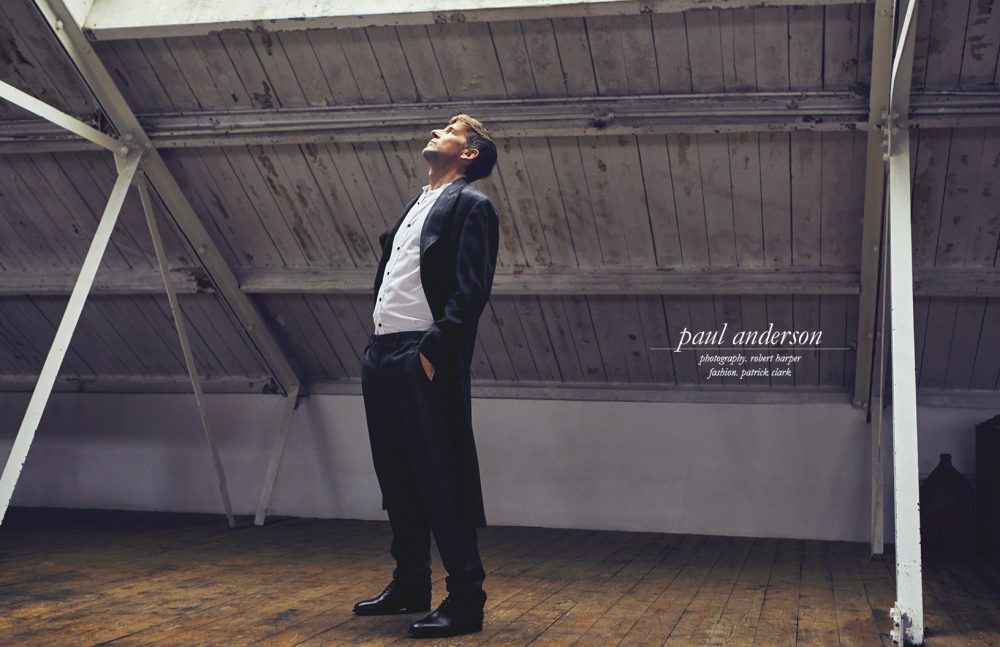 Well-timed conversations have the power to have a profound impact on our lives. Whether it’s merely a throwaway comment or a selective piece of advice, a short exchange can spark our imagination. Rarely, however, are they as consequential as the conversation actor Paul Anderson had, one evening, over dinner with friends.

Despite a deep enthusiasm for a gripping story and the desire to escape into his imagination as a child, Anderson had never considered acting as a career. “When I left school at the age of fifteen, no-one told me I could be an actor. No-one told me how to be an artist.” It was only after a short conversation with a drama school teacher over dinner that the possibility of pursuing acting as a career really began to take shape. “It was the culmination of that conversation that made me realise that I wanted to make acting work. It really made me think, what are you going to do to make this happen?”

Convinced an agent would not take on a self-proclaimed ‘cheeky chappy’, Anderson went down the drama school route, securing a place at Webber Douglas Academy of Dramatic Art in his late twenties. Surrounded by considerably younger nineteen year olds, fresh out of college, his experience of life, relationships and love gave Anderson the edge. “I had lived a lot by that point. Experience is what informs a performance, it helps you interpret a role. By the time I was in drama school, I felt a lot more informed than some of the younger students.” 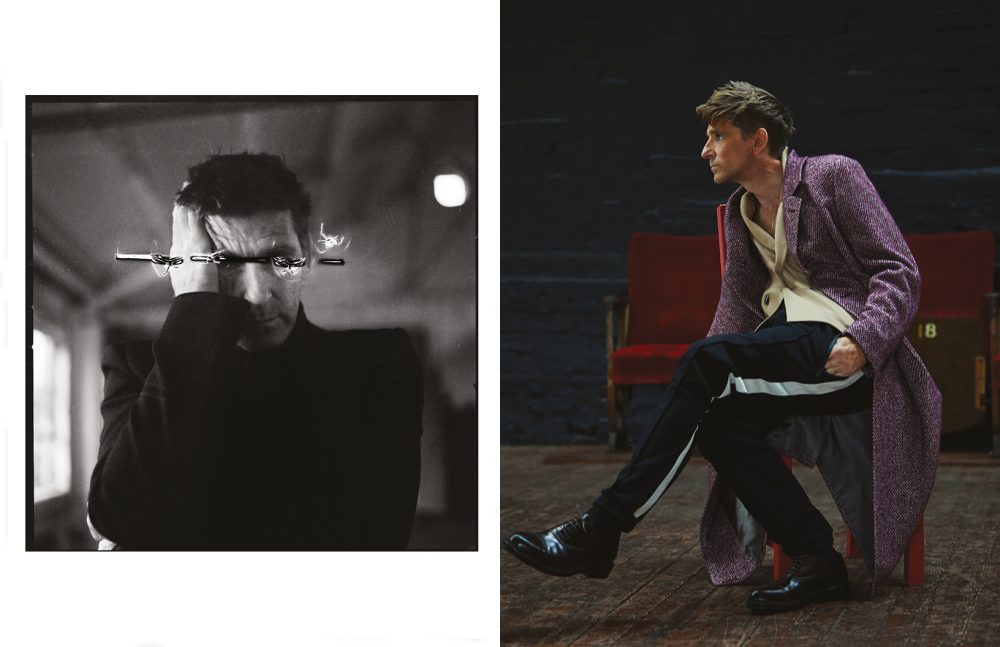 It was this maturity that helped secure early roles in Silent Witness and Ashes to Ashes. However, it was his breakout role as the violently volatile and opium-fuelled Arthur Shelby, in BBC’s no-holds-barred gangster hit, Peaky Blinders, that really captured the attention of viewers and critics alike. Set against a Birmingham backdrop, Peaky Blinders portrays the Shelby family’s unabashed quest to reign supreme over the city’s notorious gangster circuit from 1919 to 1926. As the eldest of three brothers, Arthur, who is afflicted by the effects of WWI and post-traumatic stress disorder and time spent trawling smoke-filled drug dens, is forced to concede his role as family patriarch to his younger, more business-shrewd brother, Tommy, played by Cillian Murphy. “I love the fact that at the very beginning Arthur is seemingly in control of this family – and to a certain extent he was – but only on one level. That modicum level of respect was enough to make him happy. It’s Tommy’s return that really changes that dynamic.”

With a penchant for drug-fuelled violence and rash decisions, Arthur could easily be written off as your typical hedonistic gangster. Yet, despite all the excess, there is a subtlety to Anderson’s performance that adds greater character complexity, a depth Anderson has fully embraced. “What I like about Arthur is that under all that bravado, there is a real sense of vulnerability – there is an underlying feeling of remorse,” he muses. “As the story progresses, I’ve really tried to show why he acts the way he does, that he’s not just this horrible man. I’ve really tried to play with the contrast of masculinity and vulnerability. And I think it’s that friction that people can relate to.” 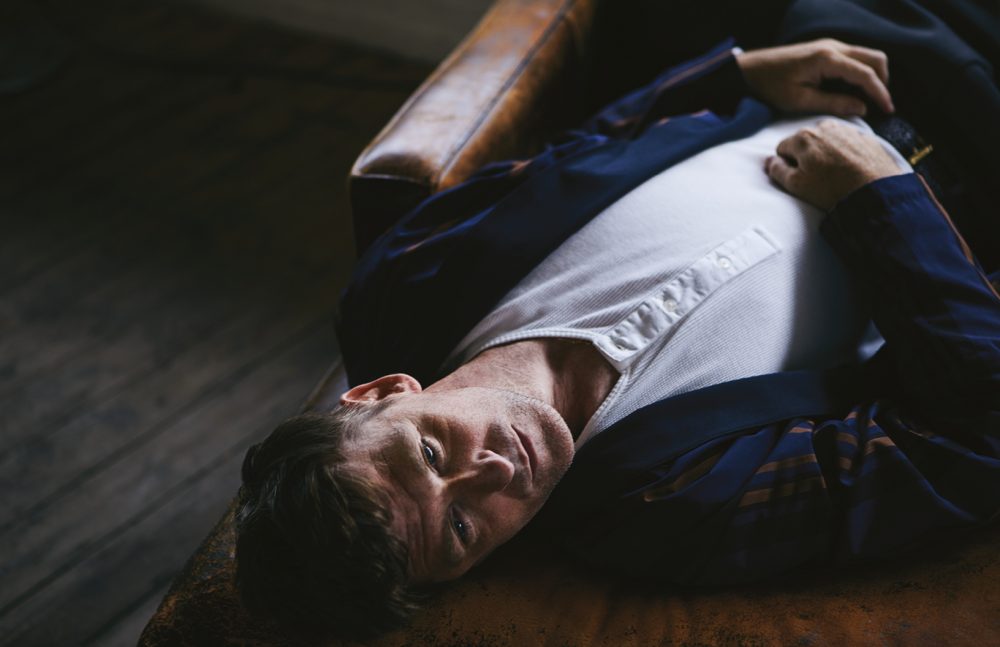 Developing such an intricate character requires trust between writer and actor, a trust Anderson fully appreciates. “I’ve been able to lean on Steven Knight’s vision of Arthur. I completely trust where he wants to take the character, and I love playing with that. But it works both ways,” he emphasises. “I’ve had a long time getting to know Arthur, I understand him well, so Steven trusts me to play with his interpretation and develop Arthur’s character and mannerisms.”

Steam-rolling into its fourth season, Peaky Blinders’ success shows no signs of waning. With unexpected plot twists and complex character developments, Series Four promises to be the biggest yet. “I think it’s the best one we’ve done,” Anderson states emphatically. “This season we see how the family comes together – it makes for an exciting dynamic.” Peaky Blinders continues to surpass Anderson’s expectations. “When I first read the script I saw it as a great story about the fiery relationship between brothers. I had no idea what would come of it. I don’t think any of us quite expected this level of success.” 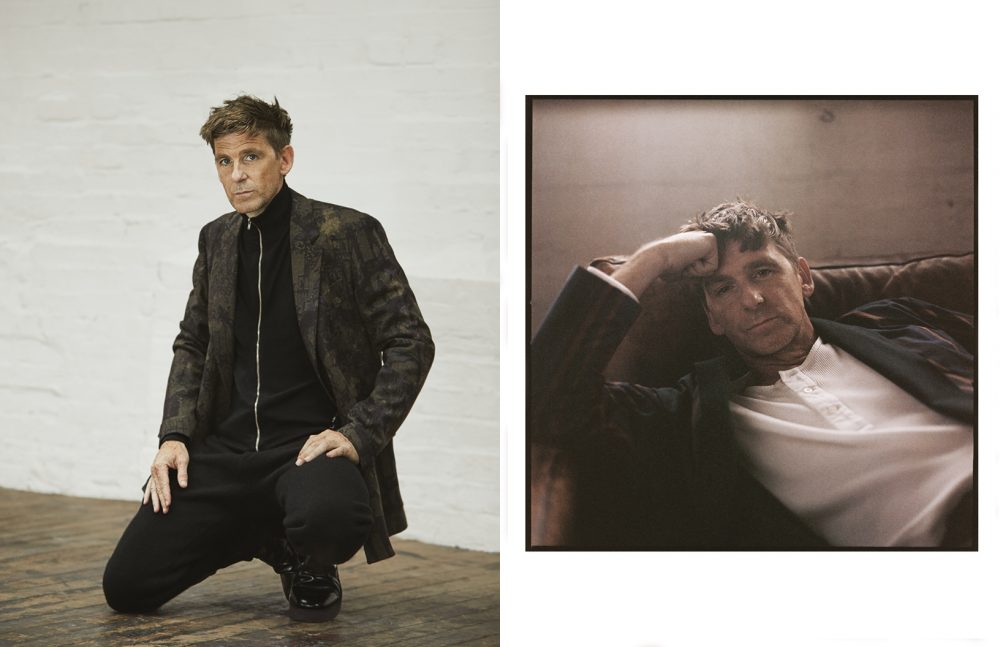 Anderson’s compelling performance as Arthur made the industry take note, enabling him to garner an impressive resume, appearing in films such as Legend and Sherlock Holmes, to name but a few. Perhaps most notable was the experience he gained filming alongside fellow Peaky Blinders alumnus, Tom Hardy, in Alejandro Iñárritu’s, Oscar-winning film, The Revenant. The lessons learnt over the brutally demanding seven months of filming made a lasting impression: “I don’t think I will ever have an experience like that again, honestly, I don’t think there will be another movie like that ever again. We really did live that whole thing – it was brutal,” he recalls. “With every different role you play, the more you learn and the more you grow as an actor. Watching Tom [Hardy] and Leo [Di Caprio], some of the best actors we’ve ever had, was such a huge learning curve for me both on and off set.”

Anderson now finds himself in a position few actors are lucky enough to experience, picking and choosing his roles, a decision he does not take lightly. “When I’m given a script, I just have this feeling – sometimes I’m not even sure why,” he muses. “I know if it’s right when I start imagining how I would play the role. I just can’t stop playing around with the different ideas in my head. It’s strange, I have this very clear image of myself as the character on set. It’s such a vivid feeling, so when I experience it, it’s a pretty simple decision to make.” 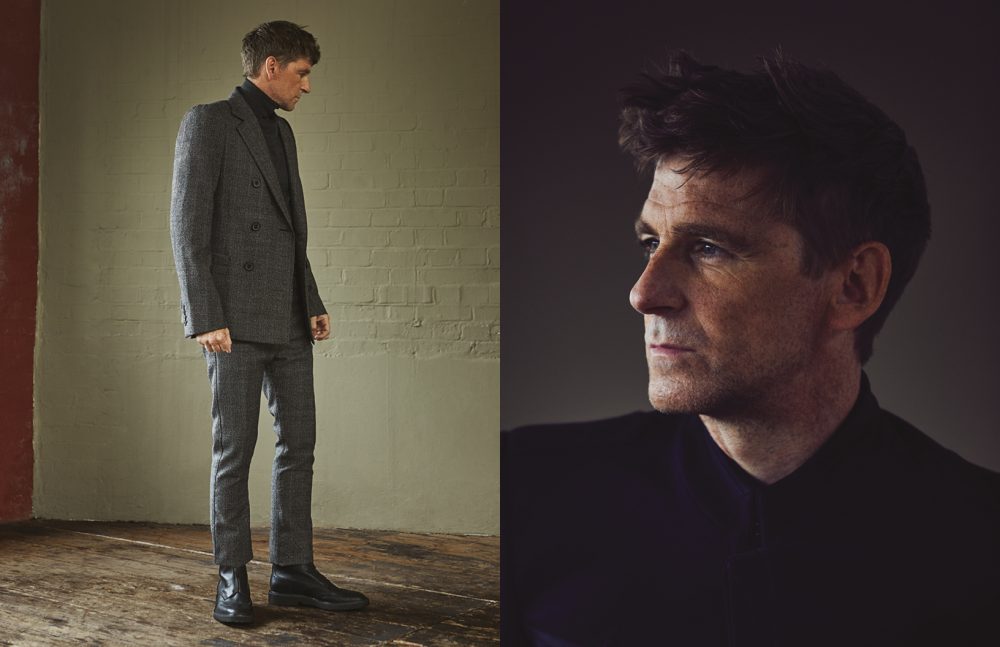 Having done a mix of theatre, television and film, a film set is where Anderson thrives, enjoying the sheer size of the enterprise. “The scale of a film is like nothing else. I’ve been lucky enough to work with some great actors and directors, and have learnt so much simply from being on set.” His experience filming the upcoming Robin Hood movie, directed by Otto Bathurst, and featuring the likes of Taron Egerton, Jamie Dornan and Jamie Foxx, was no exception. In this grittier, modern take on the popular classic, Anderson plays the unrelenting Guy Gisborne, Robin Hood’s rival. As with Arthur Shelby, Anderson looks to provide a more nuanced take on the bad guy. For Anderson, “Guy Gisborne isn’t simply a bad guy, but a good guy in a bad situation.” Once again, it is this drive to portray a more humanised version of the enemy that makes Anderson such a compelling actor. 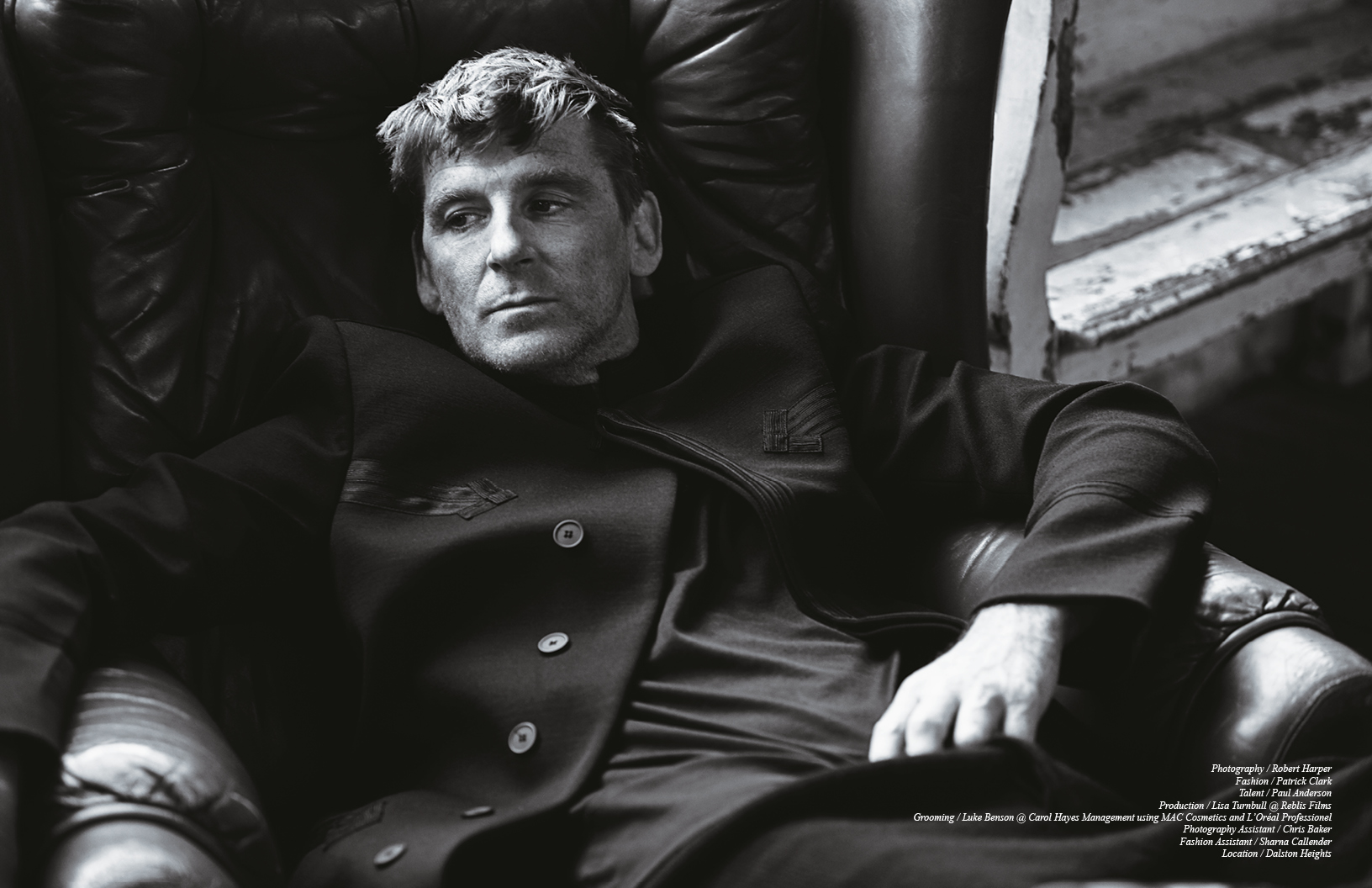 Whilst recent reboots of classic tales have not proved as popular, Anderson shrugs off any fears that Robin Hood could wind up in a similar position. “You can’t think about it like that,” he insists. “The fact that Bathurst’s version is more modern makes it a lot harsher and darker compared to the original.”

With an impressive list of roles securely under his belt, Anderson shows no signs of backing away from those grittier roles. Determined to unearth the buried complexities of the characters many would shy away from, Anderson is on a mission to show us exactly why we should not just dismiss the bad guy.