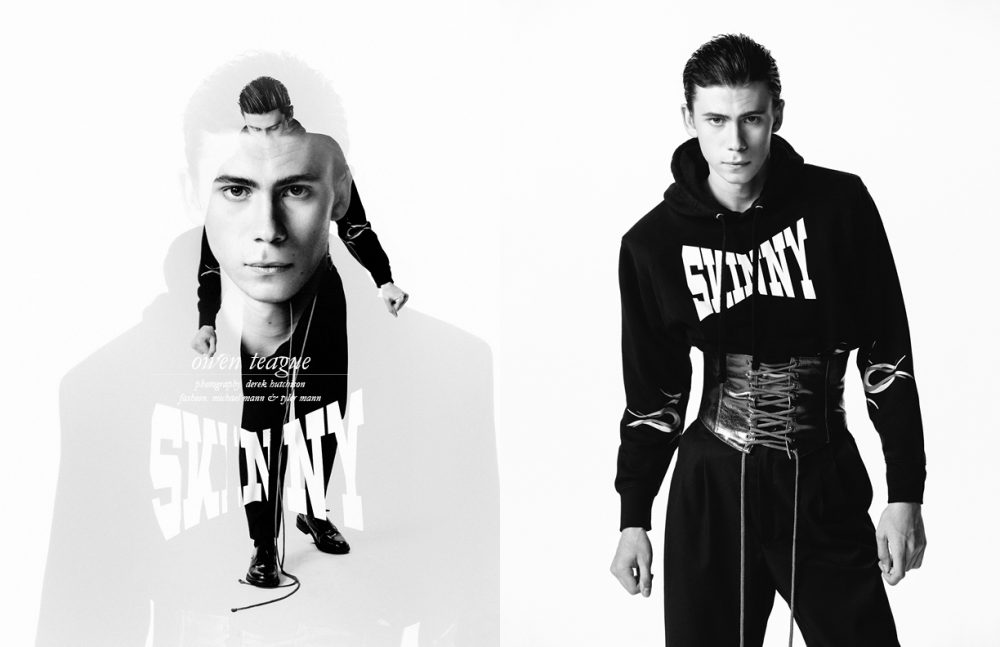 From pursuing film school to appearing in some of the most acclaimed series and films of the decade, Owen Teague does not stop from adding new ventures to his repertoire: for his latest project, Teague takes on the supporting role of Patrick Hockstetter, a solipsistic psychopath teenager part of Bowers’ Gang in the modern adaptation of Stephen King’s horror classic It. The 18-year-old Floridian is one to keep on our radars even after the wandering red balloon pops, with appearances already secured on the highly anticipated series Black Mirror as well as David Prior’s latest thriller The Empty Man. Schön! caught up with the young star to discuss Pennywise, taking the plunge, and the past and future prosperities of his trailblazing career.

Although you’re only 18, you’ve been involved in theatre, movies, and TV from a young age. Did you always know acting was what you wanted to pursue?

Yes, even if I didn’t realise it. At four, all I wanted to do was “be in a movie,” so that’s when I started acting. I had no idea what that would entail. Even earlier than four, I would act out scenes from movies and imitate animals and characters I saw. When I discovered you could do that professionally, it was like, “wow — that’s what I want to do.” Of course, at the time, I had no idea how hard that would actually be to realise.

Now having acted for more than a decade, did you expect to have the success you’ve achieved during those early days?

Not really… I mean, I still don’t expect success. I work for it, and of course, I hope for it, but I can’t expect it. If it happens, though, it’s an amazing and lucky thing which I appreciate a huge amount. Anyway, I started doing community theatre, which soon became professional. It’s been a long, slow road to actually working in film and television, for me. And I don’t know that I’ll ever think of myself as “successful,” since I’m almost never satisfied with myself. 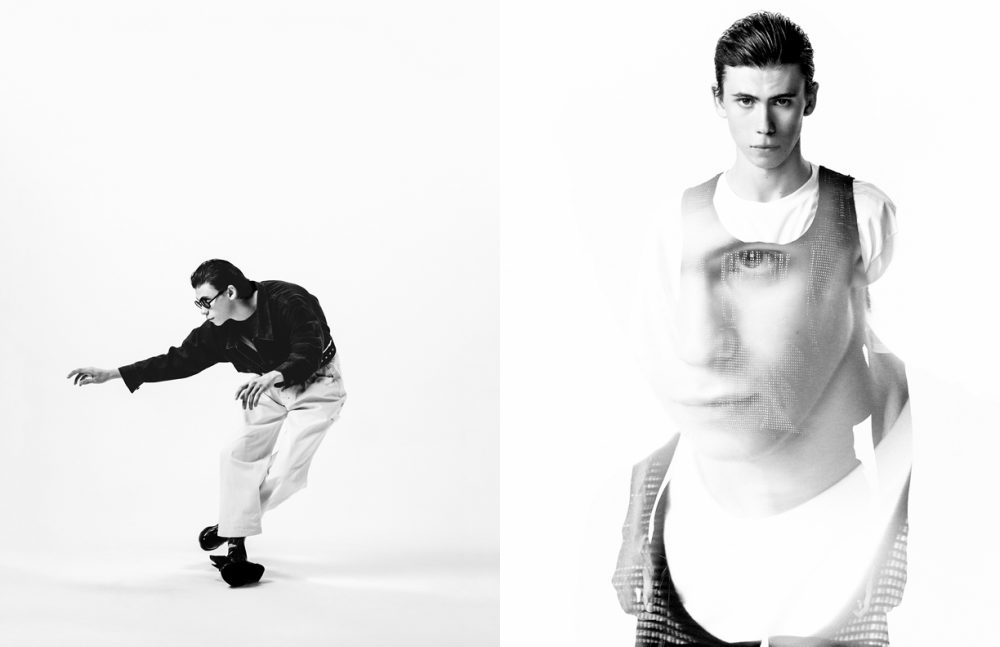 You rose to fame playing Nolan Rayburn on the Netflix’s drama series Bloodline. After three seasons, you wrapped up the series this year. What was your favourite aspect of being part of the show?

The cast and crew. The people on that show were not only the best at their craft, but the best people to be around in general. And every day was like a master class in acting or directing or writing or whatever — I think Kyle Chandler said it best: “It’s like getting paid to go to acting class.” So that, in addition to the great camaraderie and feeling of family on set, was amazing. I miss them a lot, and I miss the Keys and those characters and Nolan, and getting to know a character so well over the course of two years — most characters are with you for only a few months, if you’re lucky.

Since the beginning of those two years, the series has been highly acclaimed, both by fans and critics. Although you won’t consider yourself “successful”, how was it taking in all the series’ attainments?

I just feel lucky that I got to be part of something like that. When I see that kind of love for that show, there’s a certain level of separation, because I didn’t create it, or write it — I was just one part. I guess when people come up to me and say how much they love Nolan, it is kind of surreal. But the show as a whole — I’m just lucky that I was a part of it.

Bloodline isn’t the only acclaimed series you’ve been part of. You’ve also appeared on Bones, Reckless, and NCIS: Los Angeles. For the latter, you even earned a Young Artist Award nomination in 2014, a huge step in your career. How did that feel?

I don’t know. I kind of forgot about that, honestly. That probably sounds completely strange, but I think that because I always think I can do better, at whatever — acting especially — when I get praised for that very thing, I’m like, “that’s not real. That did not happen.” And then I go back to obsessing over whatever character or project I’m working on at the moment. That’s how I stay sane. 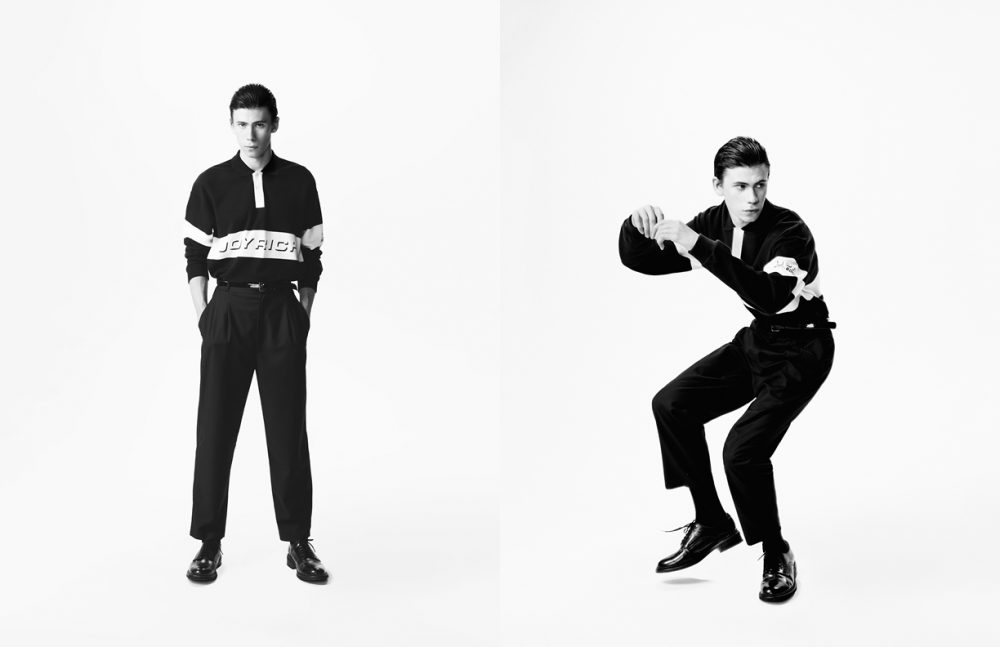 Apart from acting, you also enjoy photography, having even shown a series of your original portrait photography at Stage Works Tampa. How did you first venture into this world and what is it that you like about photography?

I’ve always loved being behind the camera as well as being in front —and when you’re behind, you have control. People are definitely my favourite thing to photograph. People fascinate me. And a good portrait tells you things about that person that you can’t always see in normal life. They get a bit scary. Their eyes stare into the lens for too long and it’s like their insides open up. Photography is also the most immediate form of expression — it’s like drawing but in a fraction of a second. Drawing takes hours, days. Photography captures a moment that will literally never exist ever again. And it’s real. You have to work within the limits of reality, which you don’t have to do with other forms of art. Well, you don’t have to, because of Photoshop, but it’s at least based in reality. It’s validating that what your eyes see and what the lens sees are the same — even if nobody else sees what you do. You can make them see it with a camera. A different angle, a different light. I’m kind of obsessed.

You’ve said that in the future you’d also like to write your own stuff and direct. You’ve expressed interest in going to art school to study film. Now that your high school years are over, is this something that you are going to pursue?

You’re playing Patrick Hocksetter in the highly anticipated new version of Stephen King’s It. What can you tell us about your character?

He’s a psychopathic solipsistic pyro junkie who gets his kicks from terrorizing children and finds a kindred spirit in Henry Bowers, a kid who’s almost as screwed-up as he is. Almost.

You appear alongside Bill Skarsgård and Stranger Things’ Finn Wolfhard, among many others. How was it working with them? Can you give us a sneak peek into what a day of filming was like?

It was so much fun. Finn and all the kids are the smartest, craziest kids you can imagine, and being on set with them was like being at a stand-up comedy show of seven, every day. They were also really cool about the whole bully thing — when cameras were rolling, they were terrified of us, but as soon as Andy called cut, we were back to joking around and releasing the tension from the scene. In terms of Bill, none of us saw much of him until we actually had scenes with him — and then he was absolutely terrifying. When he wasn’t in character, it was a bit weird to see a creepy clown just strolling around being like, “what’s up,” but once he got into character… yikes. The first time I saw him do it, I was genuinely scared. 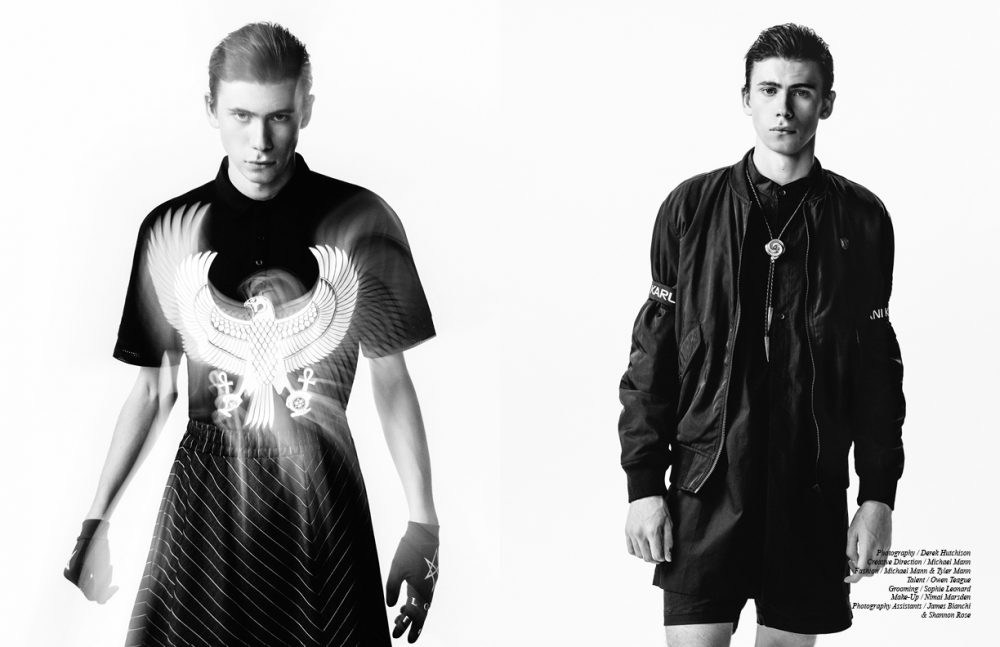 Being part of a project like this might be thrilling. How did you prepare for the role? Did you read the novel or watch Tim Curry’s miniseries?

I did read the novel — there’s one chapter dedicated to just Patrick, which I read over and over. A lot of it was just getting into his head, even pulling things in from the book that didn’t make it into the movie, because the character is basically the same, just certain things aren’t shown. Thinking about the kinds of things Patrick thinks about, thinking the way he thinks… it’s weird at first. It’s lonely, cause he believes he’s the only real person in the universe. So nothing is real. Nothing matters. And the world is his playground, ready and waiting for whatever debauchery he can think up. Which gives him immense pleasure, by the way — that, at times, felt very uncomfortable. Taking such joy in so many horrible, dark things. I mean, I’m kind of a dark person anyway, but Patrick is really over the edge. Uncomfortable, but also a ton of fun.

To be part of It, it does feel surreal. I can’t imagine if I were one of the main kids. But to even go to the movies and see myself in a trailer is weird. It doesn’t feel like me. It’s like there’s someone else up there on the screen. I doubt I’ll ever get used to it.

You’ve said that you’ve always been attracted to darker characters, ever since being a little kid. Now that you’ve had your fair share of complex characters, do you feel like this has changed?

I think darker characters tend to be more complex. Even characters that come off as light have darkness buried down somewhere, and just hide it, as do real people, which makes them all the more complex. So I guess my definition of “dark” has changed a bit — though playing characters who are “dark” in the way that Patrick Hockstetter is “dark” is still really fun. Giving into that dark side is such a release. That being said, I would like to play someone on the lighter side every so often. Maybe do a comedy.

With a few titles under your umbrella and others about to release, what role has been your favourite so far and who are looking forward to playing in the future?

It’s hard to pick a favourite, but I did love playing Nolan Rayburn. There was a lot I connected with, with him, and he’s definitely the one I know best and knew the longest. In terms of who I’m looking forward to playing in the future, I can’t say yet… but I am really looking forward to it.

IT is in UK cinemas from 8th September.