The Holocaust is not an easy subject to tackle on film. The filmmaker must not only approach his or her material with sensitivity, i.e. convey the atrocities that happened in a way that does not simply shock or appall the audience, but also find an original way in which to do so. Successful examples, such as Life is Beautiful, Schindler’s List, The Reader, Black Book and The Boy in the Striped Pajamas, have achieved this not only by focusing on individual stories on a very personal level, but also via unexpected and often overlooked perspectives.

In his debut feature, Hungarian director László Nemes has done both, but Son of Saul is quite unlike any other film you would have seen set in a concentration camp. Daringly original and uncompromising in its intensity, it’s no wonder that it won Best Foreign Language Film at both the Academy Awards and the Golden Globes, as well as the Grand Jury Prize at Cannes. 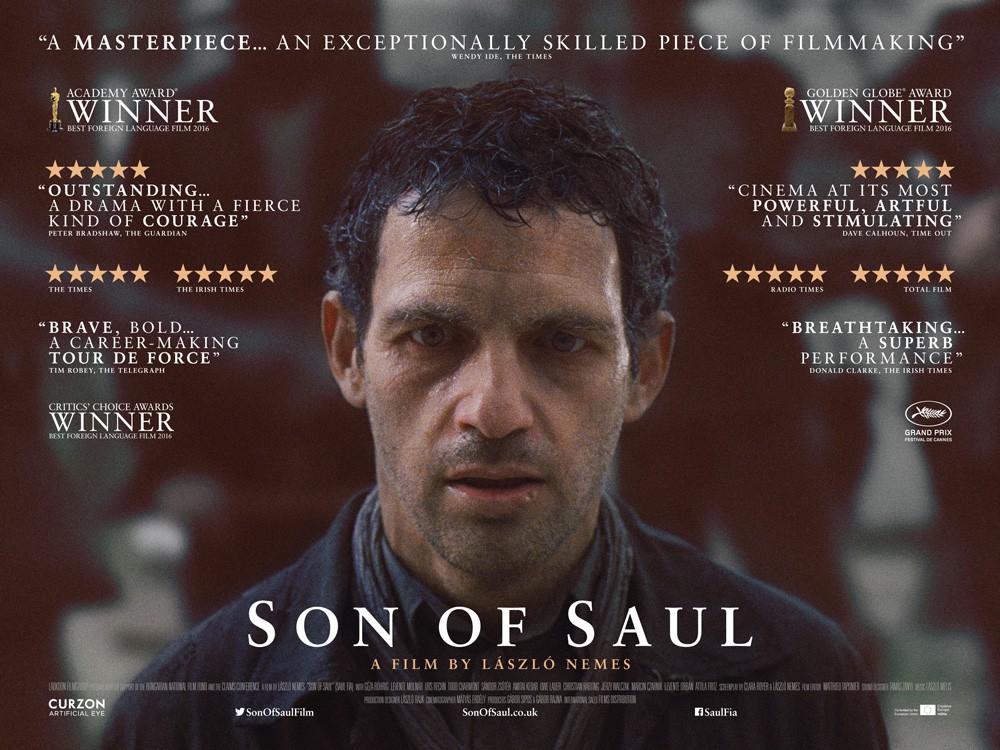 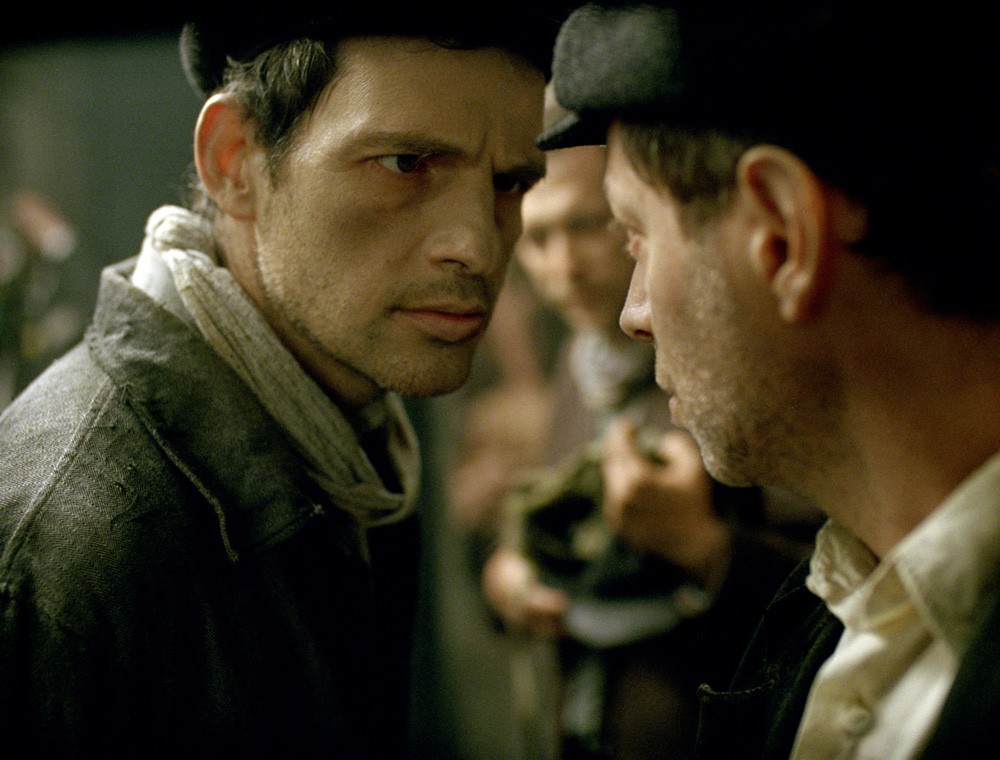 Saul Ausländer (Géza Röhrig – compelling in his first film performance) is one of the Sonderkommando, the prisoners forced to help in the running of the camps. He is assigned to the gas chambers, and it is there that he discovers a young boy, whom he believes to be his son. He becomes determined to ensure the child receives a proper Jewish burial rather than allow his body to be subjected to autopsy and incineration. It’s a seemingly hopeless task. Firstly, Saul must find a rabbi who is willing to risk his life in order to perform the burial, and secondly, his fellow Sonderkommando are busy planning a rebellion and have no desire to help him.

Thus, we literally follow Saul, the camera close to his back, as he navigates the inner corridors of Auschwitz. The focus is always on him and what is happening in his immediate vicinity: the hushed conversations, the often imminent dangers, the relentless hustle. The atrocities of the gas chamber, furnaces and mass graves are always close, but out of focus, and yet, this serves to make us acutely aware of the genocide happening all around in what is effectively a human slaughterhouse. This is largely due to the incredibly skillful use of sound – what we hear is as important as what we see or don’t see. We experience the death camp through the eyes of someone who is trying to keep their head down, avert his gaze and remain as invisible as possible, resulting in a visceral realism that is more startlingly disturbing than if the deaths were shown to us explicitly. 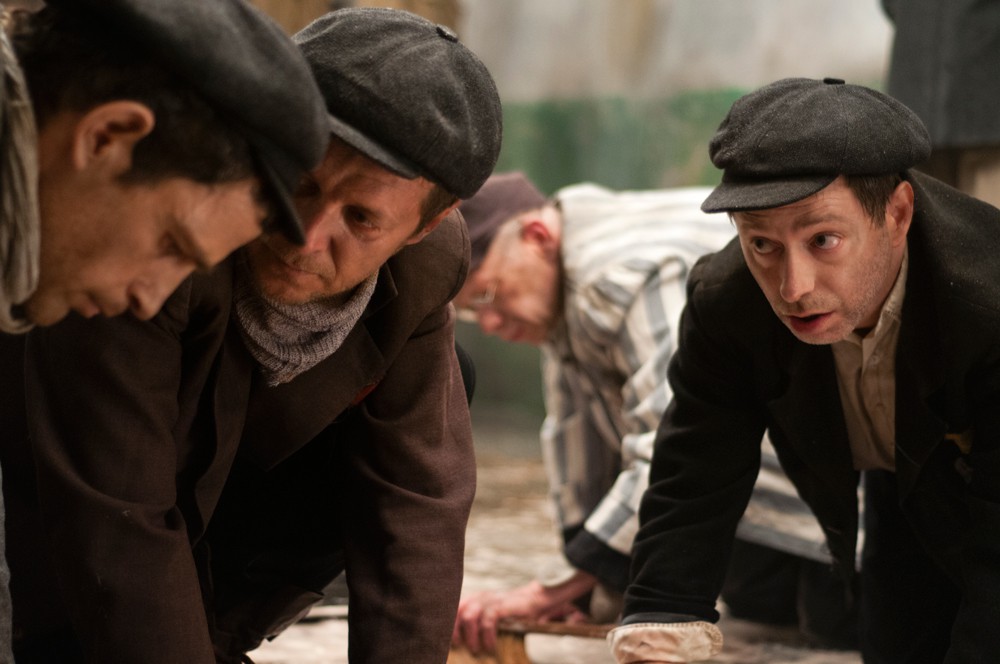 Unlike many other films on the subject, Son of Saul does not concern itself with the relationship between the Nazi commanders and guards and their victims, so much as the politics, hierarchies and conflicts between the prisoners themselves. This is not a tale of a band of brothers sacrificing themselves in order to save one another. It is the stark reality of what most people would do under such terrible circumstances: try to survive.

Son of Saul is not an easy film to watch. You may feel anxious from start to finish. You will most likely find it uncomfortable, physically as well as emotionally. But, it is a film worth watching, because it will make you think, and then it will make you think again, not only about the horrifying events that took place 72 years ago, but about their continued relevance today.

Son of Saul is in UK cinemas and available on demand from 29th April.

For more information, and to book tickets, click here.

All images courtesy of Curzon Artificial Eye. Special thanks to the Film Distributors Association.