In the late 1980s, Richard Thorncroft [Julian Barratt] had it pretty good. Playing Mindhorn, a detective from the Isle of Man with a robotic eye/optical lie detector, bagged him TV fame and the leading lady Patricia Deville [Essie Davis] to boot. Fast forward 25 years and the actor is flabby, forgotten and fighting for any role he can get, which includes adverts for man girdles and orthopaedic socks – if he’s lucky. 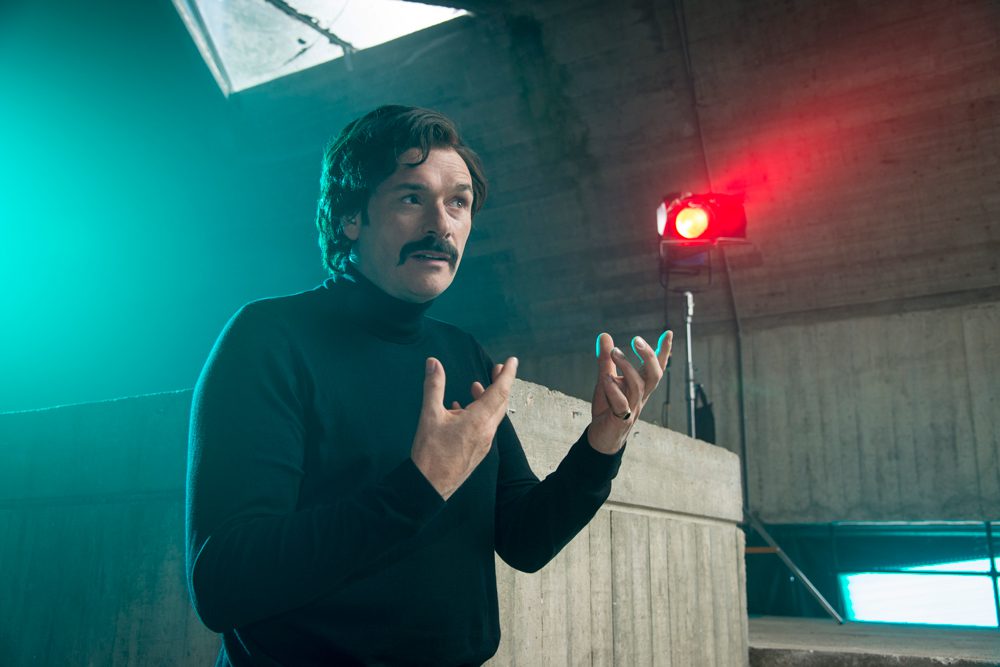 Meanwhile, on the Isle of Man, a mentally unstable murder suspect refuses to communicate with anyone other than Detective Mindhorn, whom he believes to be a real person. The police have no option but to reluctantly call in the actor. Thorncroft is soon back on the island, in full costume and character, eager to raise his profile through the resulting publicity and win back Patricia – now a television journalist and living with his former stuntman, Clive [Simon Farnaby, complete with tiny shorts and a silly, but rather funny, Austin Powers-esque Dutch accent].

Of course, nothing goes to plan… The painfully inept Thorncroft, with his lack of self-awareness, manages to bungle every opportunity. To top it off, he’s got his nemesis and former co-star Peter Eastman [Steve Coogan], now the lead in a hugely successful Mindhorn spin-off, to contend with. 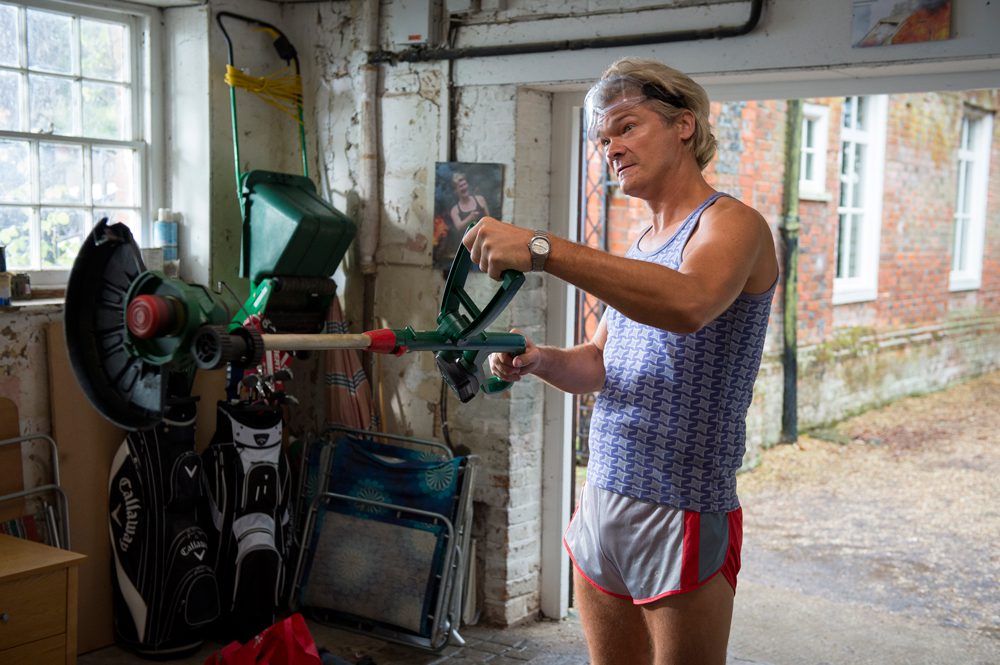 Mindhorn was born from Simon Farnaby and Julian Barratt’s love of shows like Bergerac and The Six Million Dollar Man. If you’re old enough to remember ‘80s television (or just an enthusiastic watcher of re-runs) you will get the references. However, they wanted to make a movie inspired by these programmes, rather than a straight parody of them.

The pair had worked together on the successful radio/TV show The Mighty Boosh, fans of which will appreciate the cringe factor in Mindhorn – a hallmark of British comedy from Fawlty Towers to The Office, and beyond – but the surrealism and absurdity prevalent in Boosh has been deliberately toned down, possibly because it’s hard to translate from a 30-minute sitcom to a feature length film. 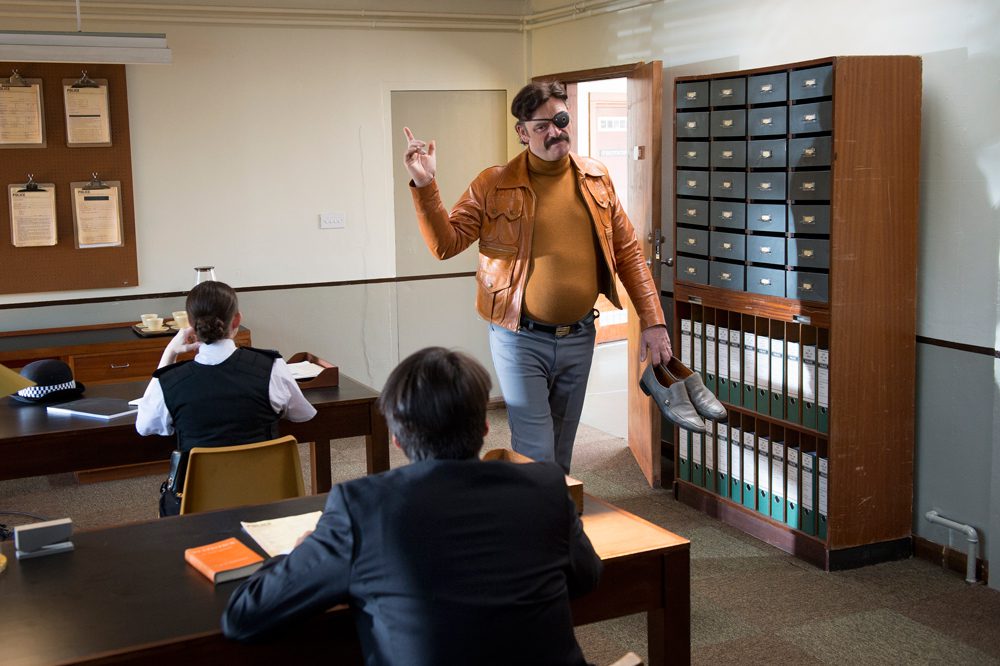 Rather than making every character ridiculous, the inclusion of straight actors, such as Andrea Riseborough, who plays policewoman DC Baines, and Russell Tovey, as murder suspect Paul Melly, provides a foil to the comedic talents of Barratt, Farnaby and Coogan. Riseborough, in particular, is surprising, stepping away from the period pieces she is best known for, such as The Devil’s Whore, W.E. and The Witness for the Prosecution, to don head-to-toe leather. There are also cameo appearances from impressive names such as Simon Callow and Sir Kenneth Branagh, (both playing themselves), reminding us of the success and status that Thorncroft has always aspired to, but that has inevitably alluded him.

At 90 minutes, Mindhorn is an adequate length for a comedy, but does at times feel like a sitcom stretched into a feature film (a sub-plot involving Patricia’s daughter seems somewhat unnecessary, for example). However, when it is funny, it is truly hilarious, and the laughs come often enough to make it a very entertaining way to spend an hour and a half of your evening.

Mindhorn is in cinemas from 5th May

Thank you to the Film Distributor’s Association #LaunchingFilms