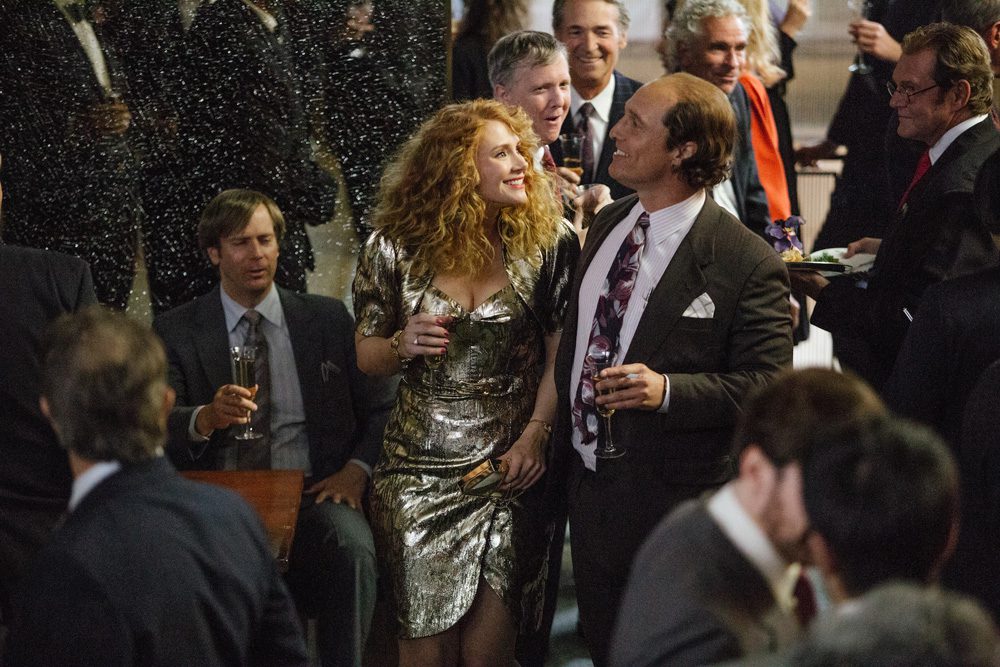 Matthew McConaughey stars in a rollercoaster ride about the American Dream.

In recent years, Matthew McConaughey has bagged roles in a series of successful and critically acclaimed films, not to mention an Academy Award. To continue this ‘McConaissance’, as it’s been dubbed, and avoid a return to the dark days of mediocre Rom-Coms, the actor must choose his projects carefully. It peaked our interest, therefore, when he told us that Kenny Wells in GOLD is the character he has most enjoyed playing, or “inhabiting”, to date: “It was one of the few scripts that I said, ‘I have to do this. I have to be this guy.’”

So, who was that guy? GOLD is ‘inspired by true events’ and loosely based on the Bre-X gold scandal of the 1990s, but the story has been transplanted to the late 1980s and its protagonist is purely fictional. He’s also a far cry from McConaughey, who is every bit as handsome in the flesh as on screen: sun-kissed, unshaven and smart-casual, yet rugged, in a jacket and jeans. In contrast, Wells is sweaty, balding, paunchy (McConaughey reportedly worked his way through copious amounts of beer, cheeseburgers and milkshakes to gain the extra 40 pounds) and has very bad teeth. What the actor and character have in common, though, is a sort of infectious charm. 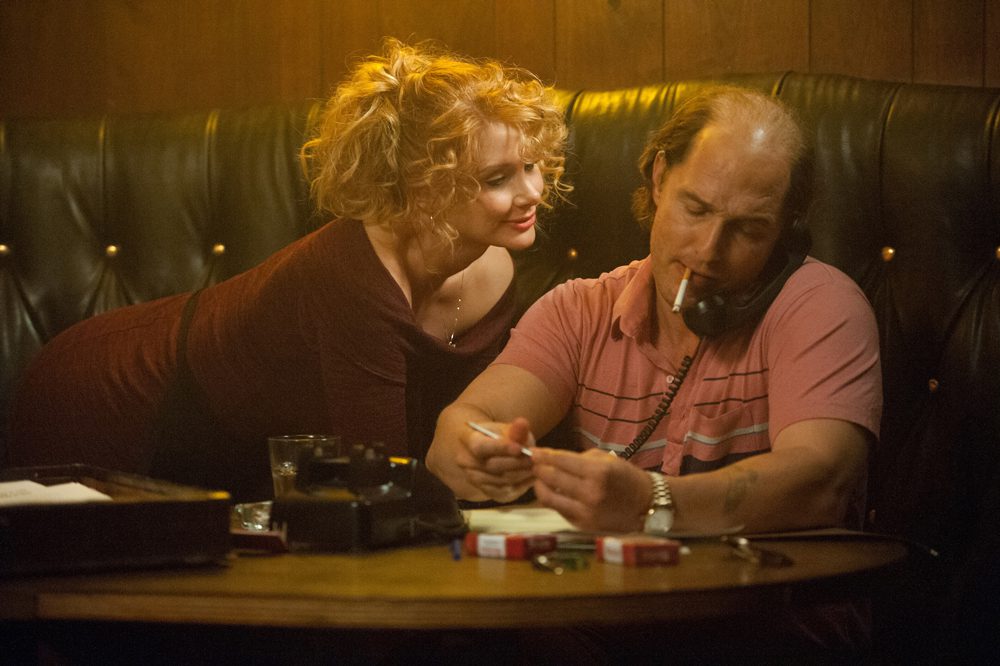 Wells has made a bit of a mess of the successful mining company he inherited from his father, to the extent that he now runs it from a bar to reduce overheads. He smokes too much. He drinks even more. He’s a bit of a blagger. We shouldn’t really like him, but we do. There’s got to be a reason why his friends and long-term girlfriend Kay (Bryce Dallas Howard) remain so loyal. Plus, he seems like a lot of fun.

Most of all, we can’t help rooting for the little man who refuses to give up on his big dream, even if that’s the less than noble dream of becoming ridiculously rich. Close to hitting rock bottom, Wells sells off his last remaining valuables and sets off to Indonesia to track down geologist Mike Acosta (Édgar Ramirez). He’s convinced there’s gold beneath the jungles of Borneo – he saw it in a dream, after all – and that Acosta is the man to find it. The unlikely partnership between the has-been hustler and the enigmatic explorer is cemented by a 50/50 contract scribbled on a napkin, and so the adventure begins… 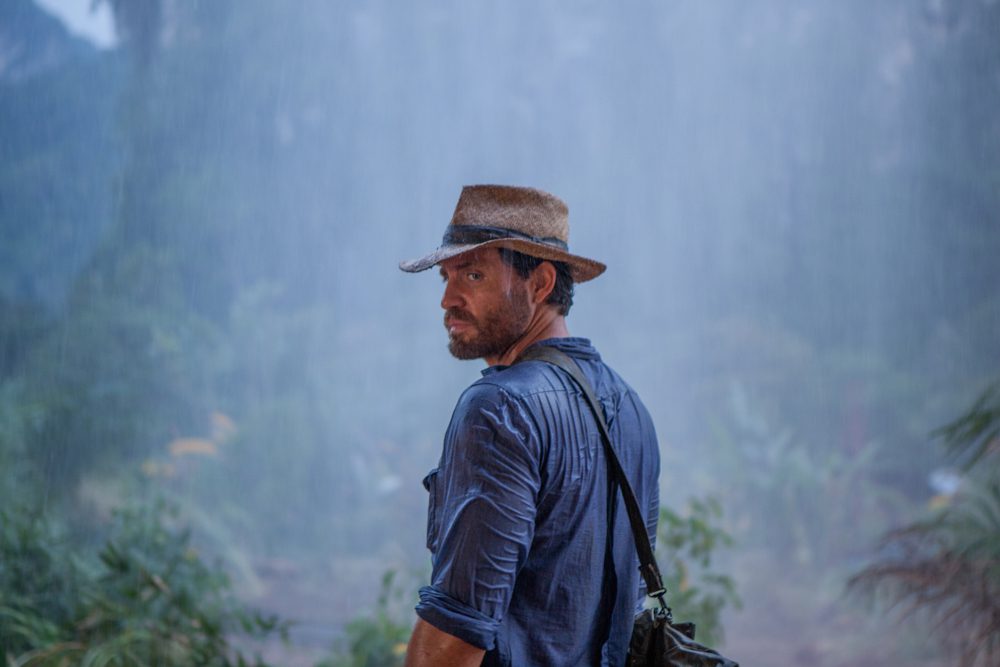 And what an adventure it is. While Wells is incapacitated by a bout of malaria, Ramirez strikes gold – a whole lot of gold. In fact, it’s soon purported to be the biggest find of the decade and that’s when Wall Street and the fat cats come calling. Shares soar on the stock market, everyone wants a piece of the multi-billion-dollar action, and Wells is soon wealthy beyond his wildest dreams. We know it’s all going to go horribly wrong (as does Kay when she warns Wells to be wary of the sharks surrounding him) but we’re left reeling at just how spectacularly wrong it goes and at who is responsible. There’s certainly no shortage of twists and turns in this story.

GOLD isn’t quite up there with similarly themed films The Wolf of Wall Street or American Hustle. It fails to reach their heights perhaps because it is trying to be too many things at once: rags to riches drama, parable about the trappings of success, adventure, mystery, comedy, love story and buddy movie. 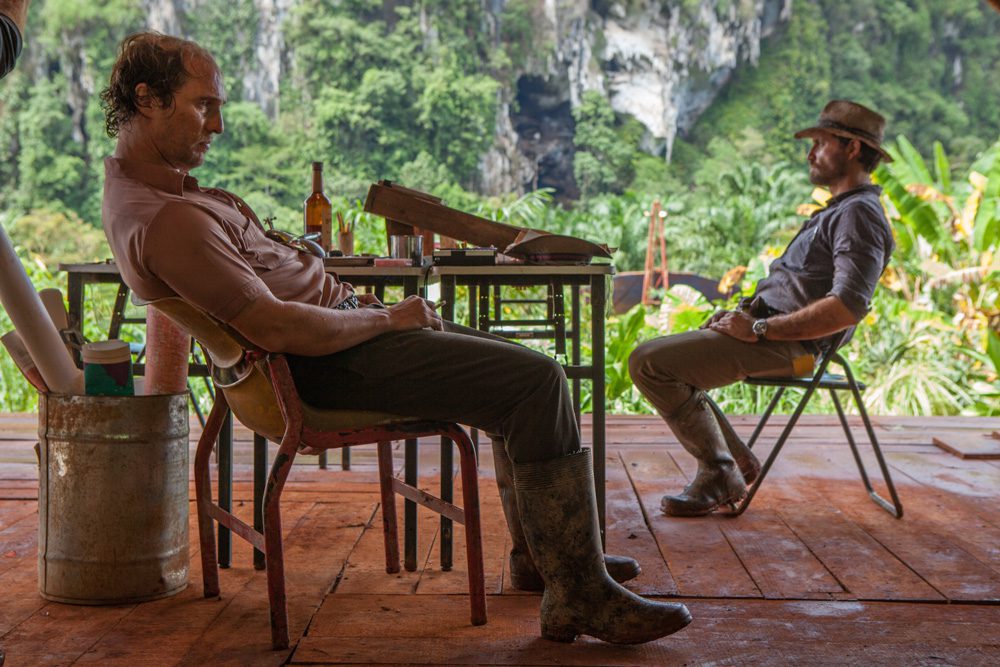 What Academy Award-winning director Stephen Gaghan (Syriana, Traffic) – whom McConaughey says was almost brought out of retirement to make GOLD – has delivered is a fast-paced, funny and highly entertaining film. The cast can’t be faulted. A line up of Golden Globe winners and nominees skillfully supports McConaughey, who injects warmth and charisma into the type of anti-hero he has become so adept at portraying, and Ramirez, who is restrained and nuanced as the straight-guy foil. McConaughey might not have hit Oscar gold with this one, but we’re happy to give a silver to a movie that makes two hours fly by.

GOLD is in UK cinemas on 3rd February.