A dark tale of demi-gods and demons, with a Wonder Woman in the mix

Well, it’s finally here, possibly the most expensive film ever made and certainly the most highly anticipated superhero face-off of all time. What little boy hasn’t pondered, ‘Who would win in a fight, Batman or Superman?’

Dawn of Justice is a lengthy two and half hours, but then it is trying to do a number of things other than deciding the above playground debate. It also serves as a sequel to director Zack Snyder’s Man of Steel and sets the scene for Justice League and a DC Comics franchise. In addition, it has to explain why the ‘good’ guys go head-to-head instead of fighting the bad guys.

Snyder was heavily criticised for the climax of Man of Steel, which saw the skyscrapers of Metropolis ripped apart by the battling Superman and General Zod, with little concern for collateral damage. So, we start with the same scene, but from a very different perspective: that of civilian Bruce Wayne (Ben Affleck), on ground level, desperately trying to rescue his employees from the ensuing carnage. Wayne is not happy with Superman (Henry Cavill). Not happy at all. 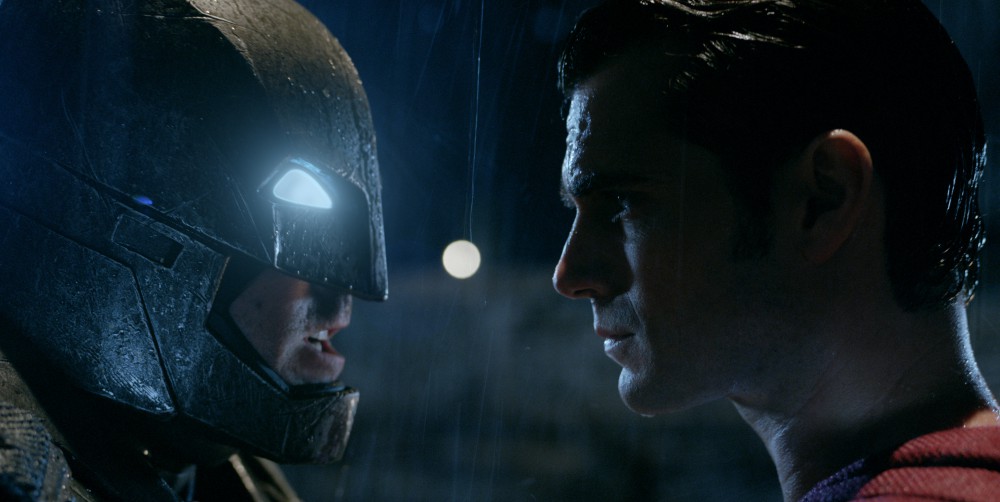 Actually, Wayne is generally not a happy bunny. Many questioned the casting of Affleck, but he steps into the role of the brooding playboy/Caped Crusader with ease. This is an older, darker and more conflicted anti-hero who deserves an actor of this calibre. We’re reminded of the familiar backstory of the murder of his parents, but perhaps more telling is Robin’s costume, sadly hanging in the bat cave. Now, decidedly disillusioned and wondering if his 20 years of fighting criminals have been a complete waste of time, the Dark Knight is looking to make a mark on the world by tackling a more serious threat: Superman, a force too powerful to be trusted.

Meanwhile, Superman is facing his own demons. He’s really trying his best to save mankind (especially Lois Lane) from every impending disaster, and yet he’s increasingly being labelled as a false god, an alien, a threat to homeland security. Then there’s that damn bat, who seems to have developed a sadistic streak, torturing and even branding the criminals he captures. Superman sees him as a heartless and violent vigilante who needs to be dealt with. 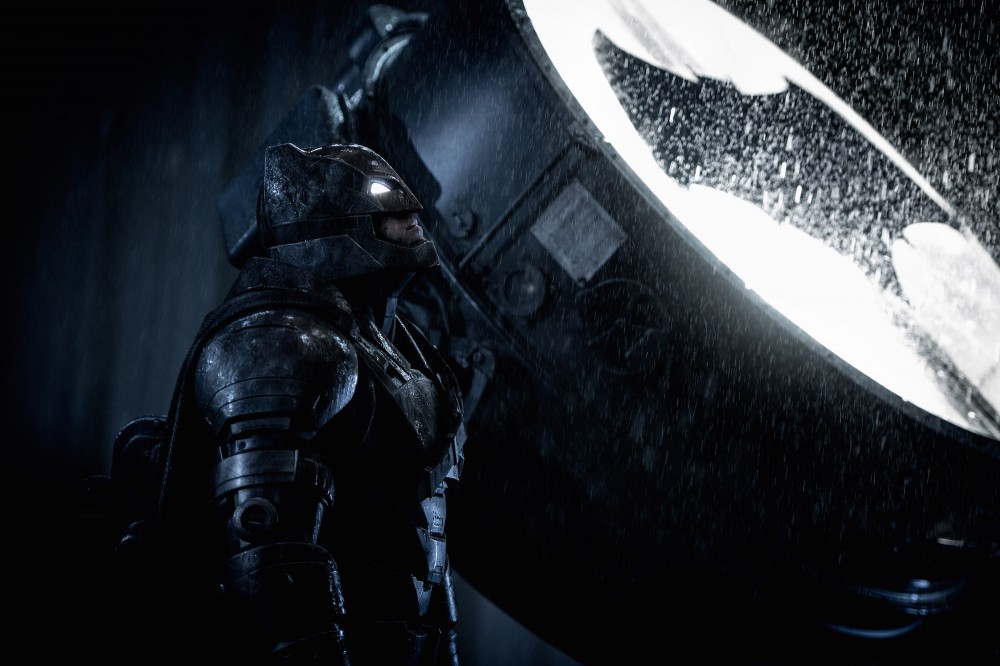 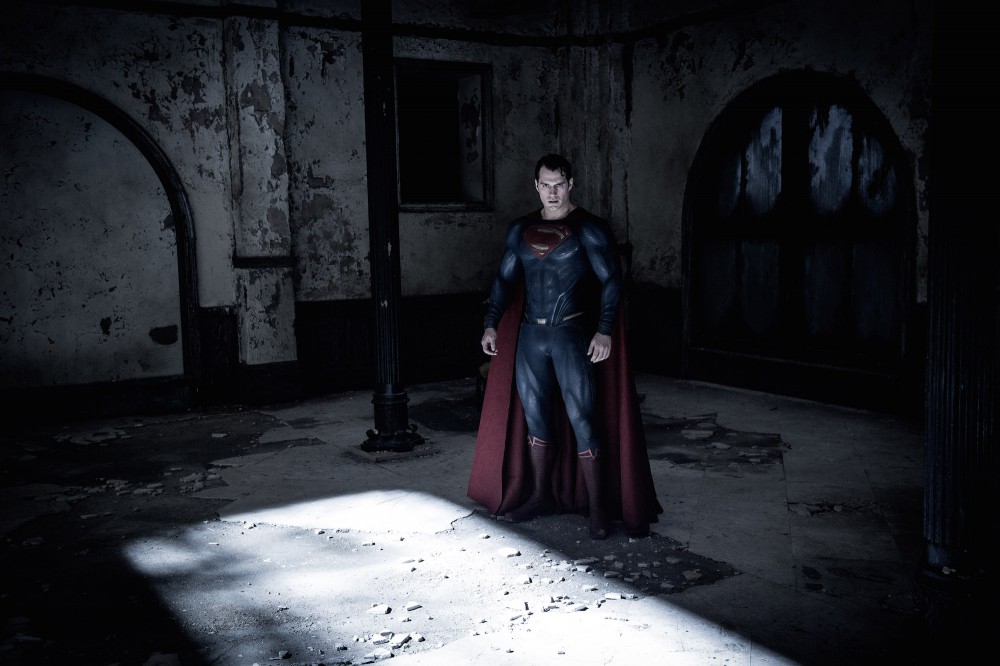 We’re also offered the simple explanation that, from an early age, it’s apparent that boys don’t like to share, and villain Lex Luther (Jesse Eisenberg) is there to make sure these boys throw their toys out of the pram. Eisenberg’s Luther is a cocky, young, tech billionaire with psychotic tendencies and an obsession with destroying Superman. Having discovered a big chunk of Kryptonite in the Indian Ocean, he equips Batman (a mere mortal after all) with the weapons to take on the Man of Steel. And now we’re set up for one almighty battle, and what a battle it is. Gritty, brutal and stylish, the action in the final face off should please most die-hard fans, except that it’s not the finale at all…

Batman v Superman: Dawn of Justice is a touch too long, the plot somewhat convoluted and the mood relentlessly dark (more Watchmen than Avengers). What it does offer is action aplenty and rather excellent casting. Affleck is a very viable new Batman and Cavill a believable Superman, although he doesn’t get much opportunity to flesh out the role here. You will either love or hate Eisenberg’s twitchy, OTT performance, but it certainly brings much needed comic relief and Jeremy Irons is superb as Alfred. Further support is provided by Hollywood heavyweights Holly Hunter, Laurence Fishburne and Diane Lane, but the real revelation is relative newcomer Gal Gadot who, quite simply, steals every scene she’s in.

When Diana Prince eventually emerges as the Amazonian Wonder Woman, together with a Zena: Warrior Princess style outfit and a rocking theme tune, the audience can’t help but cheer. By now, we’ve grown tired of Lois Lane (Amy Adams) who, unlike Margot Kidder’s feisty reporter in 1978’s Superman, is depicted here as the damsel determined to be in distress. She endlessly gets herself into fixes, relying on Superman to save her, and just when we think she’s finally going to save him for a change, she messes up again. Thank goodness for Gal Gadot. If there’s one thing we can take away from the final scenes of Dawn of Justice, it’s that next year’s Wonder Woman is starting to look wondrous indeed.

Batman v Superman: Dawn of Justice is in UK cinemas on 25th March 2016.

All images courtesy of Warner Bros.