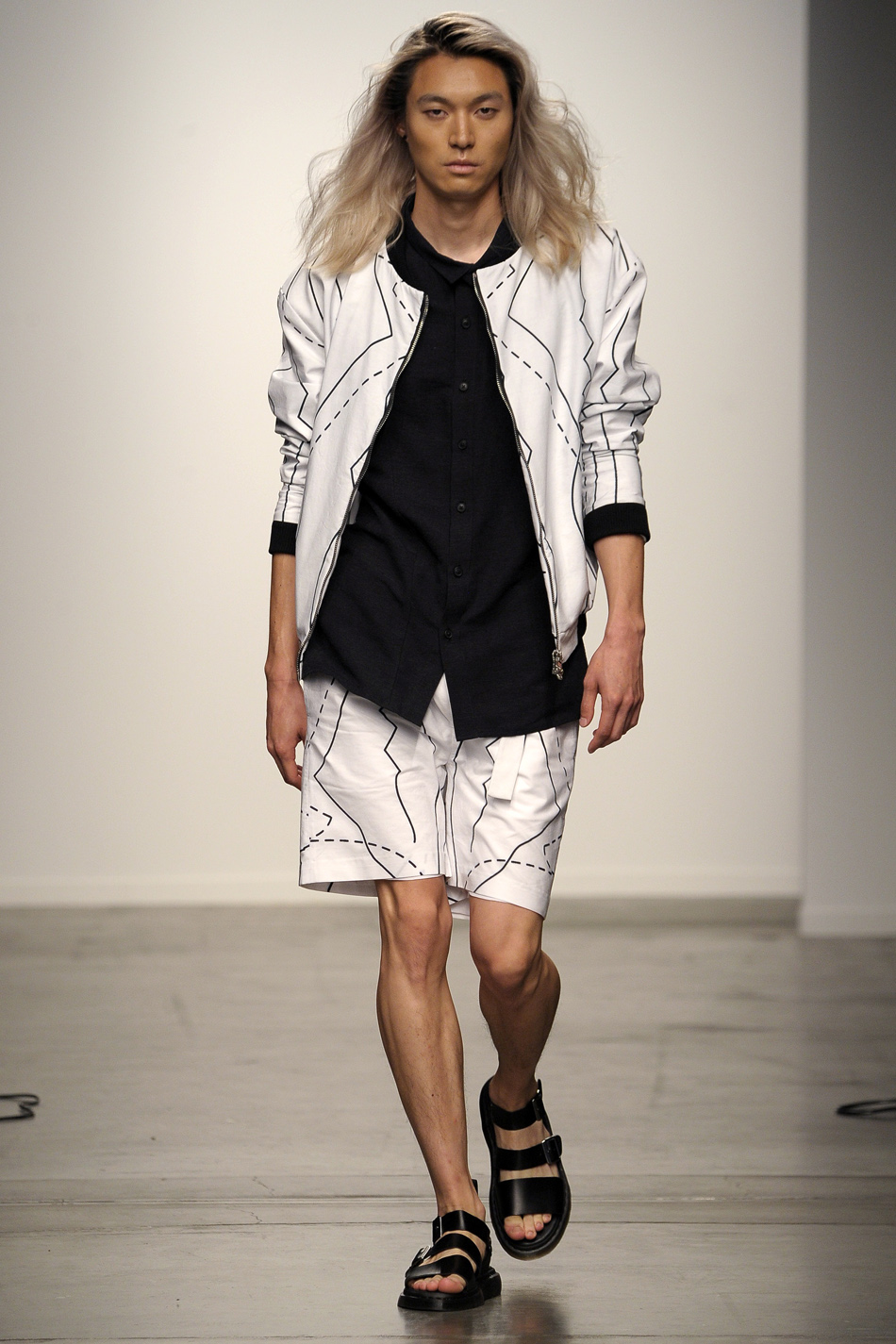 It’s not hard to see why ØDD has enjoyed a cultlike following from its beginnings in 2011.  Founded by model/designer/CEO/twentysomething year-old Judson Harmon, the label specialises in the neo-gothic aesthetic favored by many of downtown New York’s hippest arbiters in culture and nightlife.  With a label and corresponding boutique that’s bold, ambisexual, and full of black, black, black!, Harmon has found his niche (in half the time it takes for most millenials to even land their first job), and fills it unerringly.

This season though, Harmon was full of surprises.  First off – color!  For a emerging brand owing its fledging success to the powers of the dark side, ØDD took a bold new step: not just any color, but colored patterns … and pastels.

The color shock was merely the beginning though.  On several delightful occasions, the clothes revealed their secrets slowly to us: when we thought we had appreciated a look in its entirety, the model would turn, and bam!, we were met with a surprise.  There was the tube top with pleating around the back; the cropped jacket with a spine-revealing flutter of overlapping scallops (quite possibly, we mused, after chatting with the designer, modeled after labial lips).

Schön caught up backstage with ØDD mastermind Judson Harmon to discuss inspiration, color, and the anatomy of the orgasm.

“In my opinion, fashion nowadays is primarily a sex marketing tool.  I wanted to highlight the parts of the body that are sexualized, so my prints are based on a diagram of an orgasm.  It’s a diagram made 60 years ago that we altered.”

On color, and beyond

“All the prints on the men are just black-and-white, but I wanted to also step it up with colors because you can easily fall into all-black range.  I wanted a 90s vibe about it too.  I design for my clients, but it’s different for me this season: it’s definitely setting up the tone of what we are going to do in the future.” 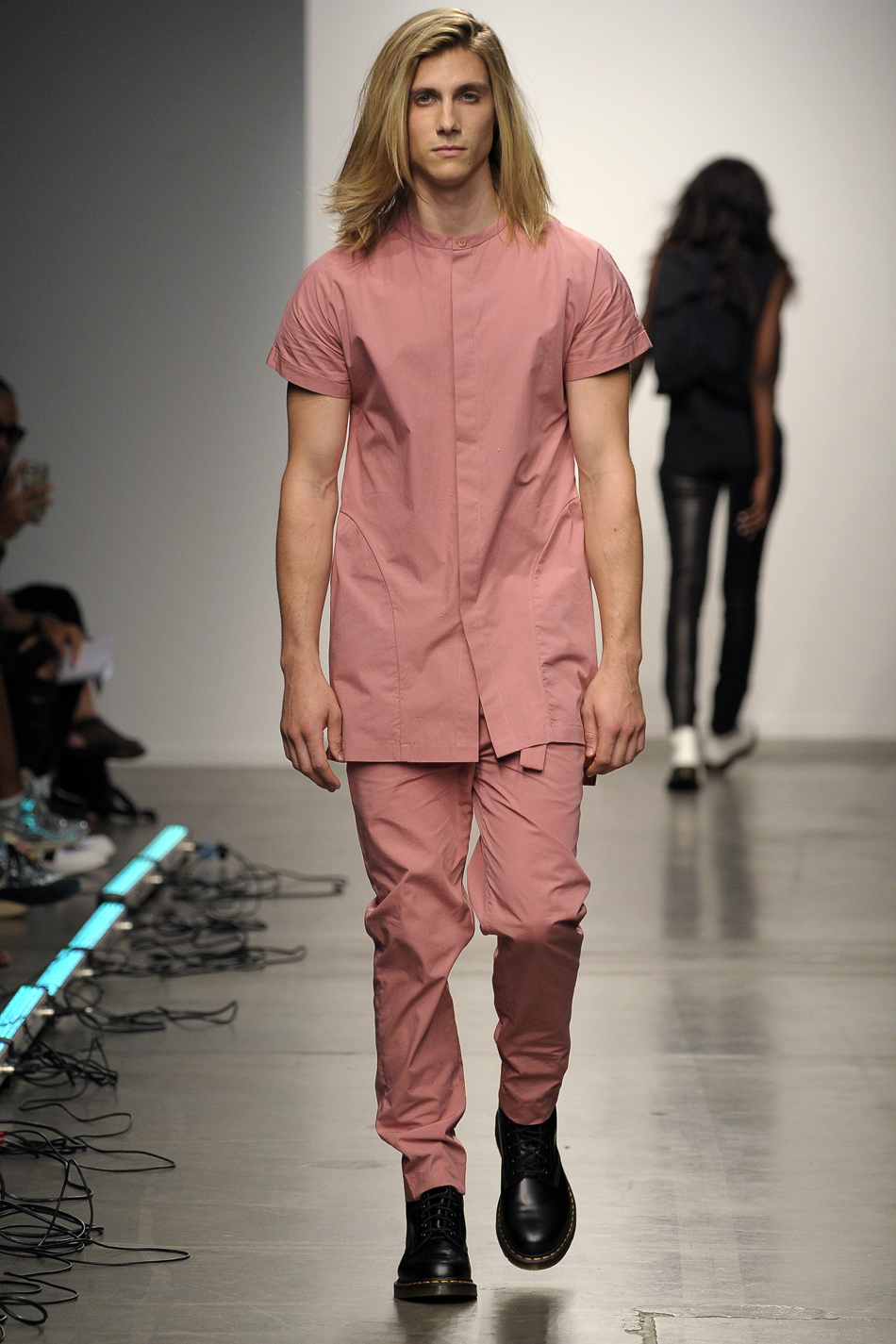 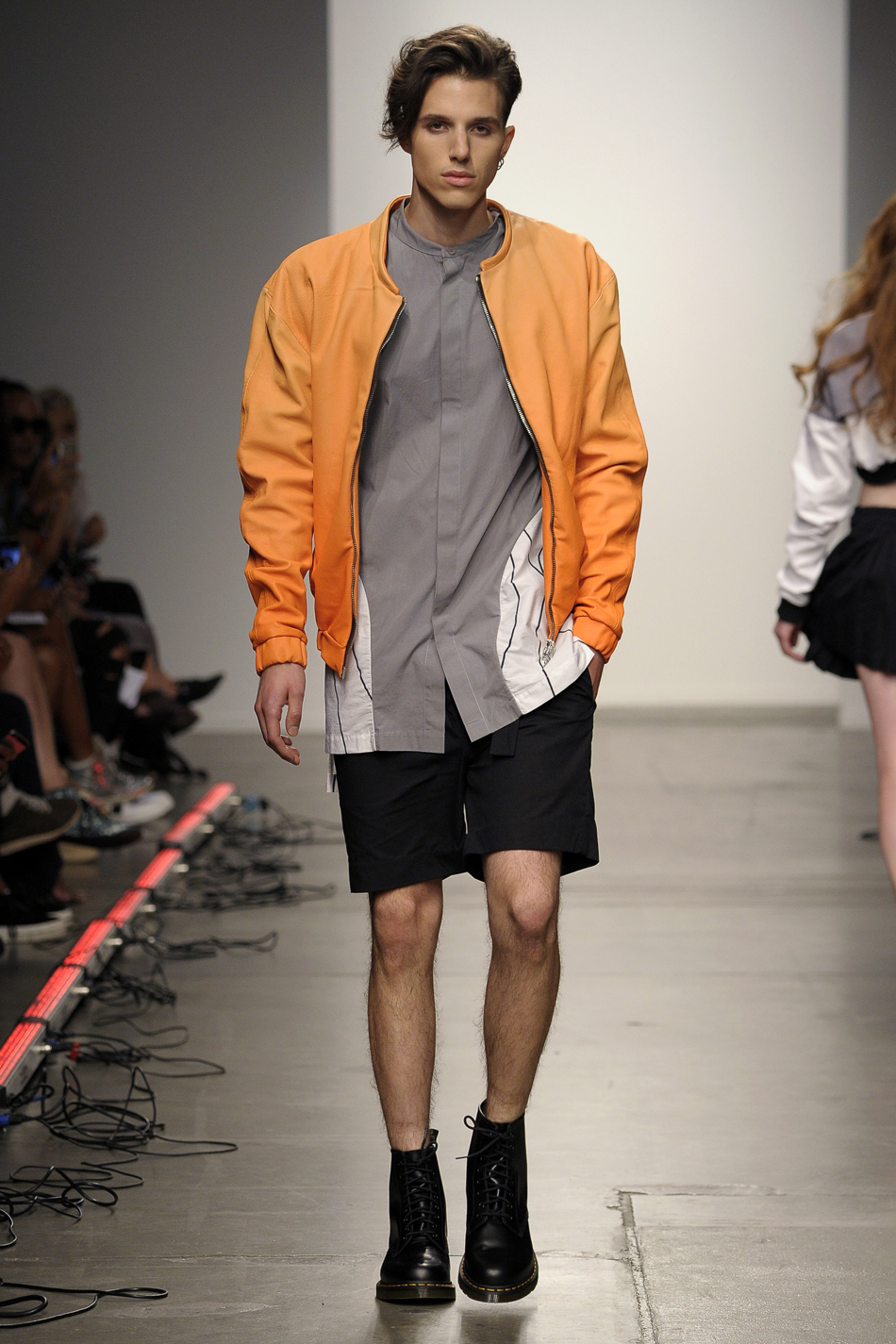 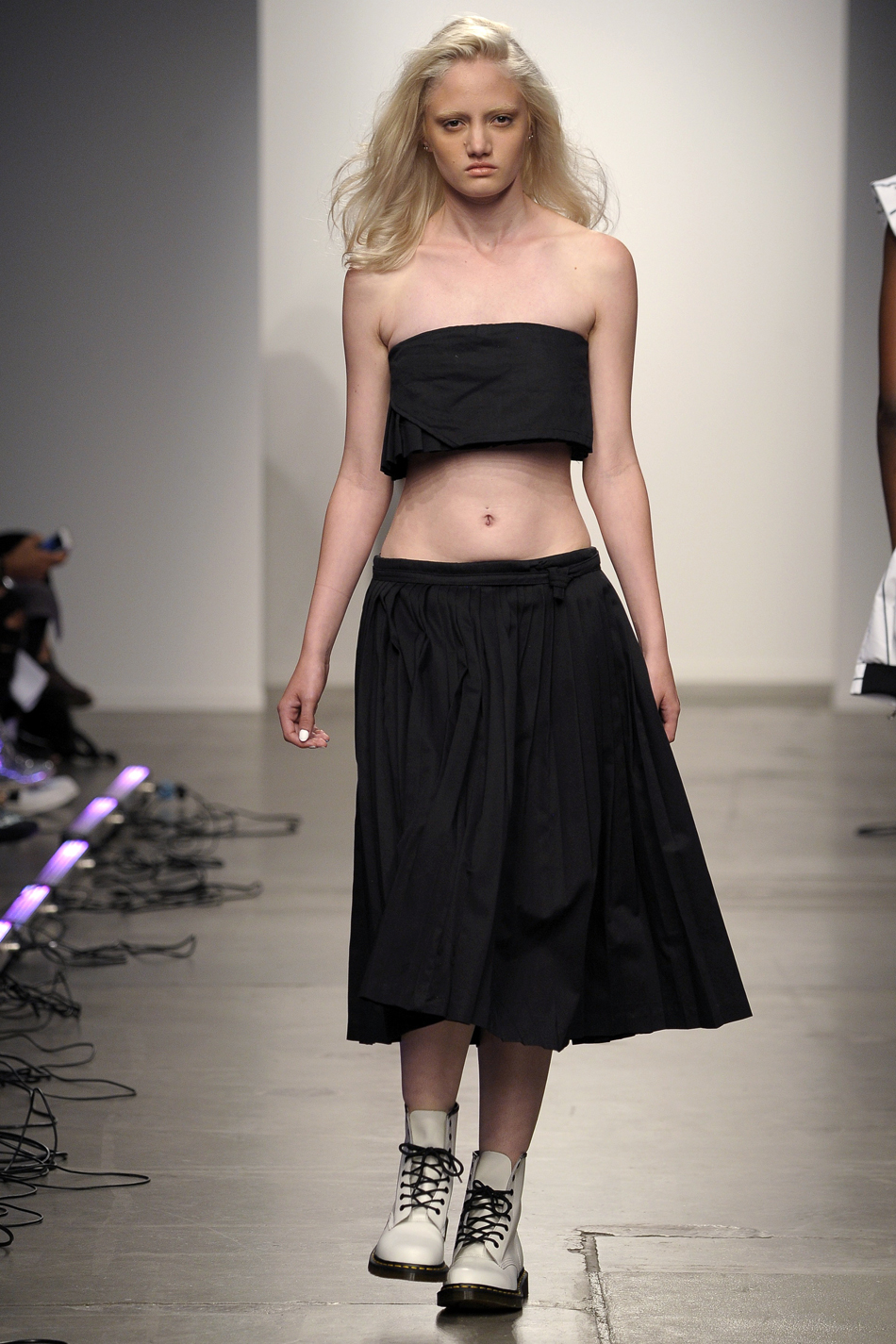 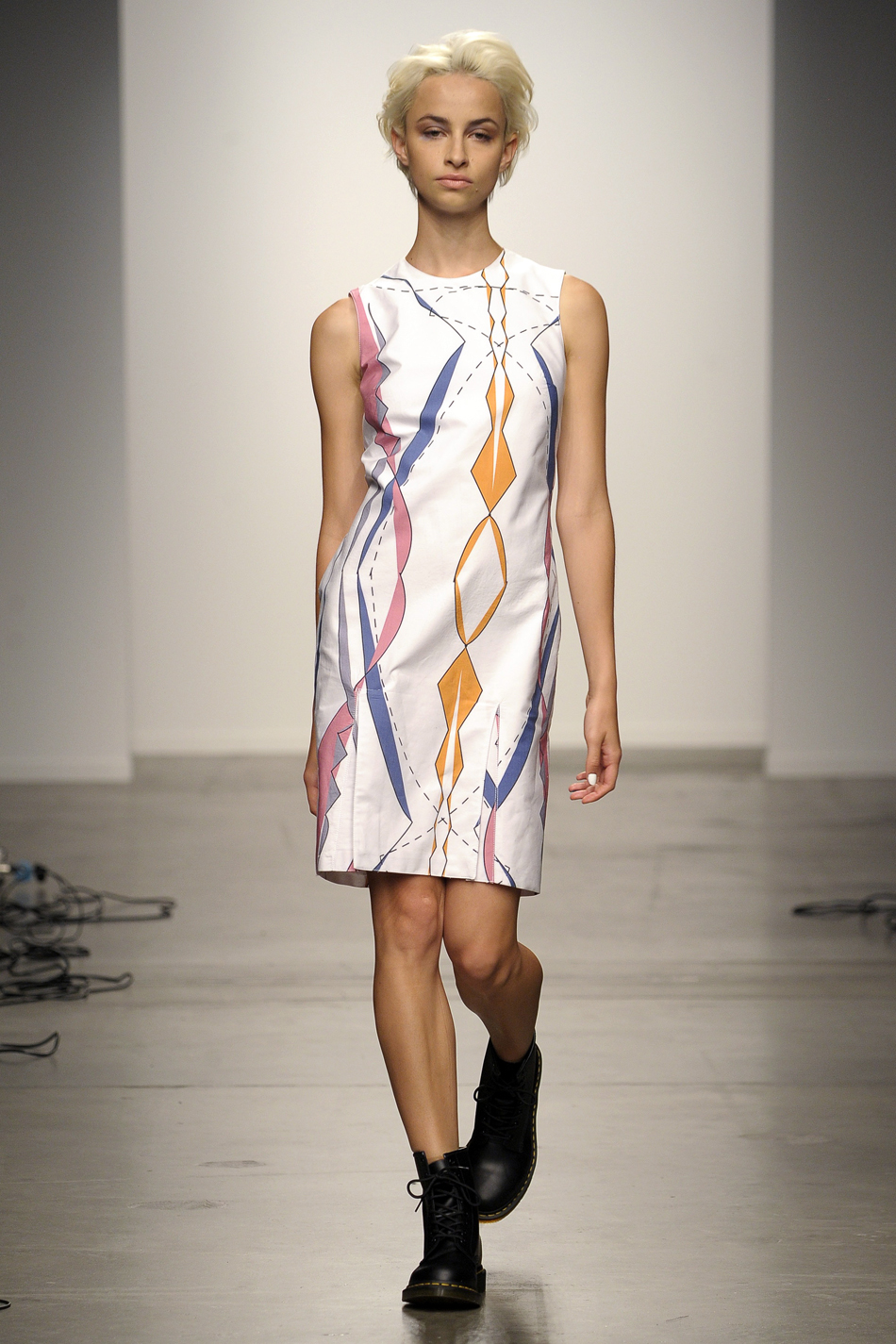 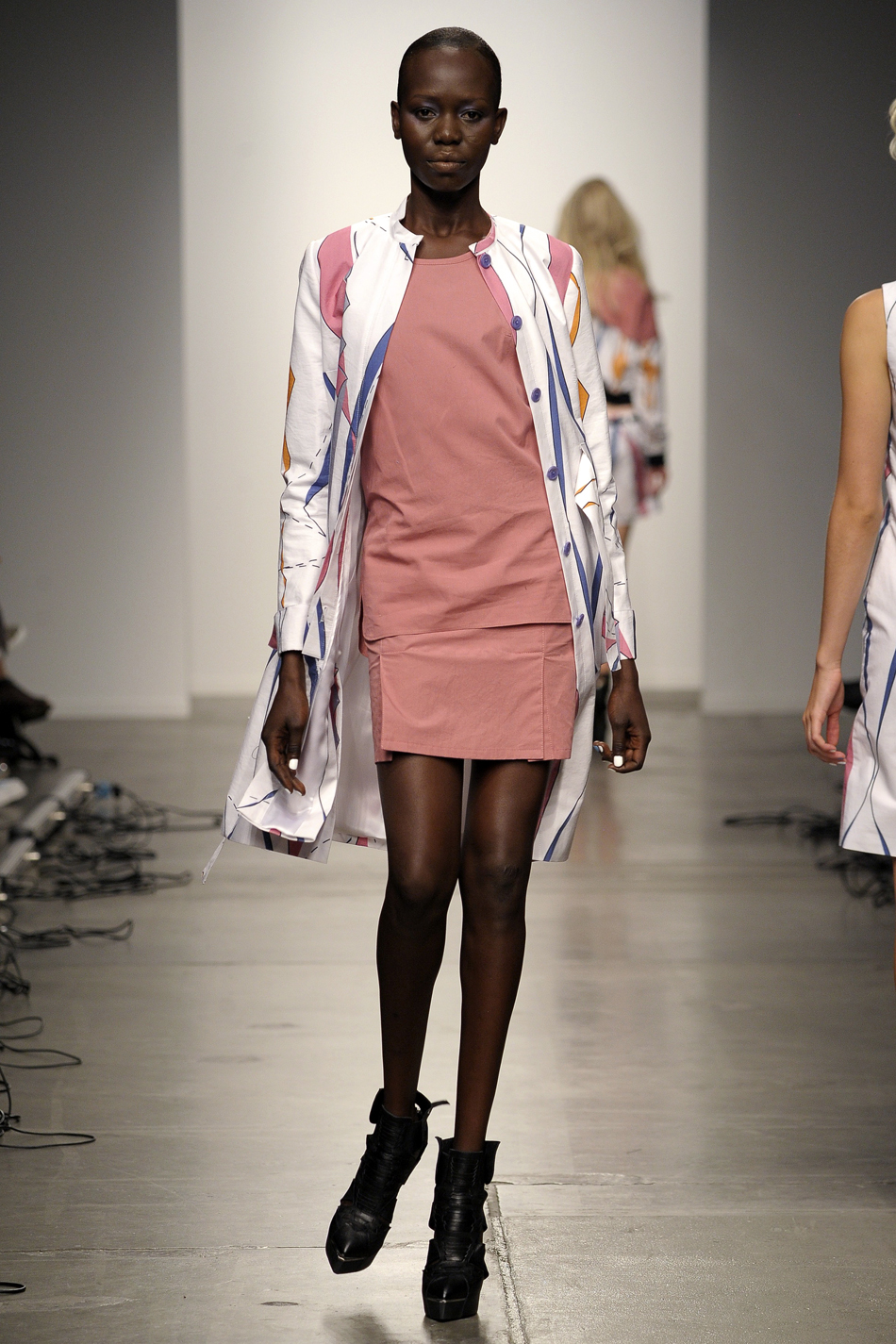 All images courtesy of ØDD