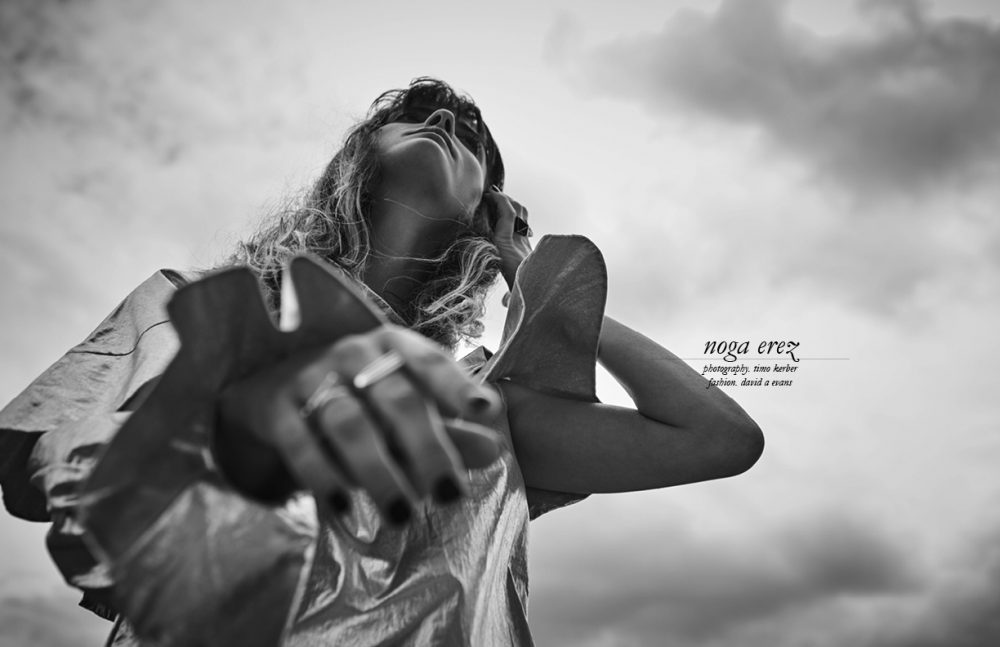 Noga Erez is a global child, one of a generation split and anxious in a situation of politically unsettled identities. Born and raised in Israel, the singer-songwriter comes from a politically-aware home, with humble career beginnings as a military musician. At 27, Erez has been receiving attention for her socially conscious and politics-fuelled songwriting, her electronic music is topped off with lyrics that go against situations of power, confronts the status quo with beats sparked with wit. Her new album, Off The Radar, is a documentation of her trying to understand the world we live in and addressing the importance of freedom of speech. From laments on mind-boggling headlines, fear at security states, to understanding what it’s like to just want to be seen, Erez is single-handedly beating a system from within.

How and when did you get into music?

I am a music lover who turned her hobby into a career, basically. Music has always been a huge part of who I am, from a very early age. At some point, I started learning how to play different instruments and writing songs, and at 18 I decided that was what I wanted to do with my life.

You compose your own music as well. Where did you pick this up, who do you collaborate with to find your current sound?

I was always kind of writing melodies, creating songs in my head when I was a little girl. Because I knew how to play some instruments, I would write melodies and add lines or harmonies to them. But, I was only able to complete a full song when I really decided to work on it. Something about developing the ideas I had in my head into songs didn’t come completely natural and I had to really work hard for the skill of structuring a song. My  collaborator in music writing is my partner, Ori Rousso. We create all the music together. We both are behind the sound of Noga Erez.

You were born and raised in Israel, how has that affected your career ? Tell us about your time being a military Musician?

I was born into the complexity of Israel and the middle east, and ever since I can remember, something is always happening, there was never peace, always terrible things happening just around the corner. I grew up in a politically aware home, where the talk about politics was, and still is, very common and encouraged. My parents used to take me to peace protests when I was a young girl and they really established the importance of being informed in order to really form an opinion.

But, with that being said, I had to join the army when I was 18. This is something you must do as an Israeli citizen and even though I had some idea about what it meant to be a part of the military, I didn’t consider paying the price of not going. I was lucky enough to continue what I was doing before and be a musician in the army. It was a very surreal experience. Not the highlight of my life by any means. But, it taught me a lot and helped me understand what I want to do and say through making music. 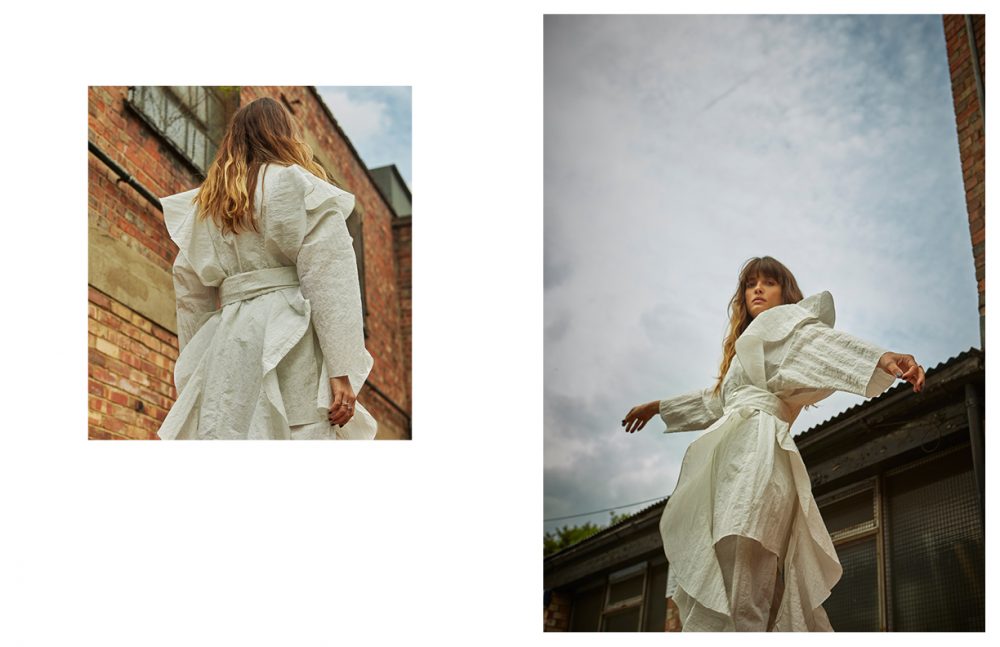 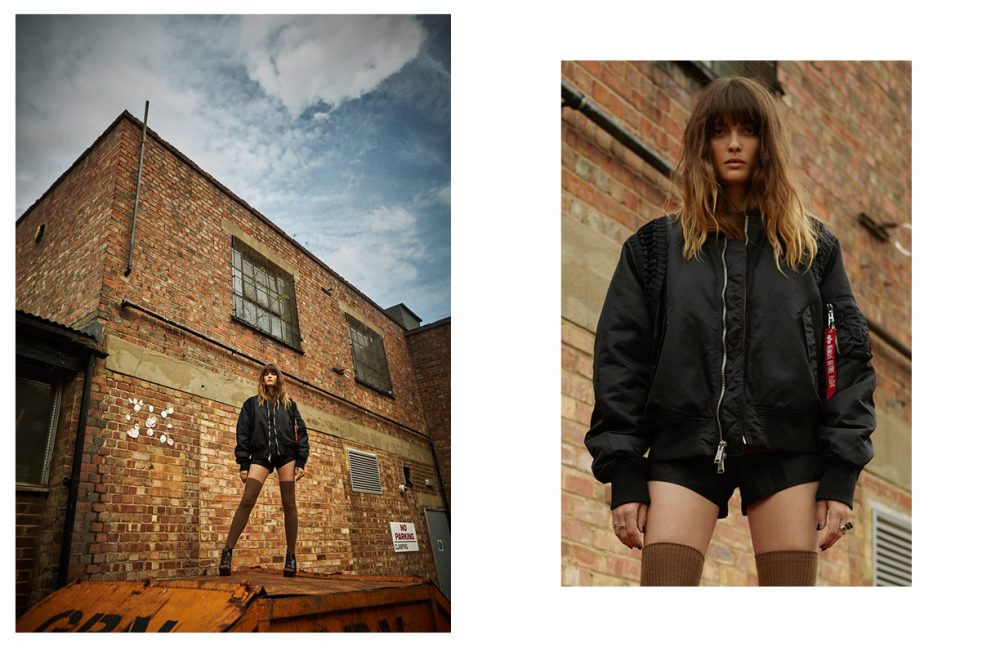 You have a very particular sound, what influences helped hone your musical sound?

I think that like any other artist, I am a combination of all my influences, filtered through the type of musician I want to be and my personality. I listen to a lot of hip hop and electronic music and these are the two main influences in my music. Artists such as Flying Lotus, Björk, Vince Staples, Kendrick Lamar, PJ Harvey, St. Vincent, M.I.A, …

Where were you when you were writing your latest single, Off The Radar?

Ori and I were at home, in a very particular mood, playing with beats, having fun. I really wanted to use bass clarinet in a song because I love the sound of this instrument. We found a computer bass clarinet that sounded so funny. We were just being foolish and playing around with sounds and that’s how this song was created.

How, as an artist in Israel today, does creating art in the public eye differ from doing so in the past?

Well, it’s important to understand that Israel is still a democratic state with freedom of speech. The media in Israel is very critical of the government. It’s not a country that silences you if you have something to say against the establishment. But, the current government in Israel is very right wing, religious and extreme. I can feel how gradually, and in different steps being made by the government, we might be going in a very scary direction. For now, no one fears to speak their mind in Israel, but I’m afraid that freedom of speech could find itself in a very fragile state soon. 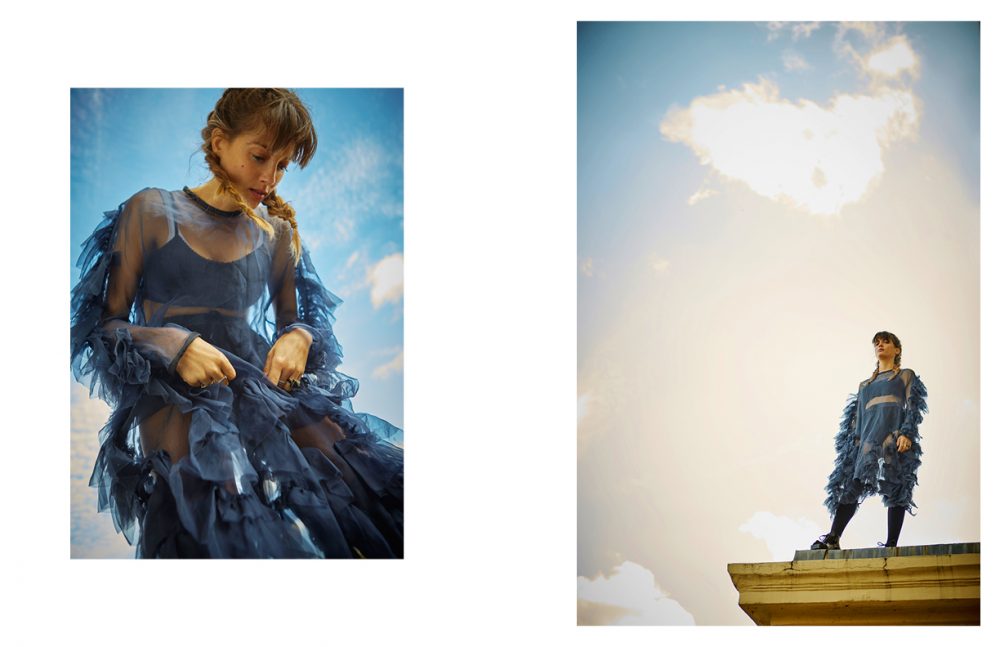 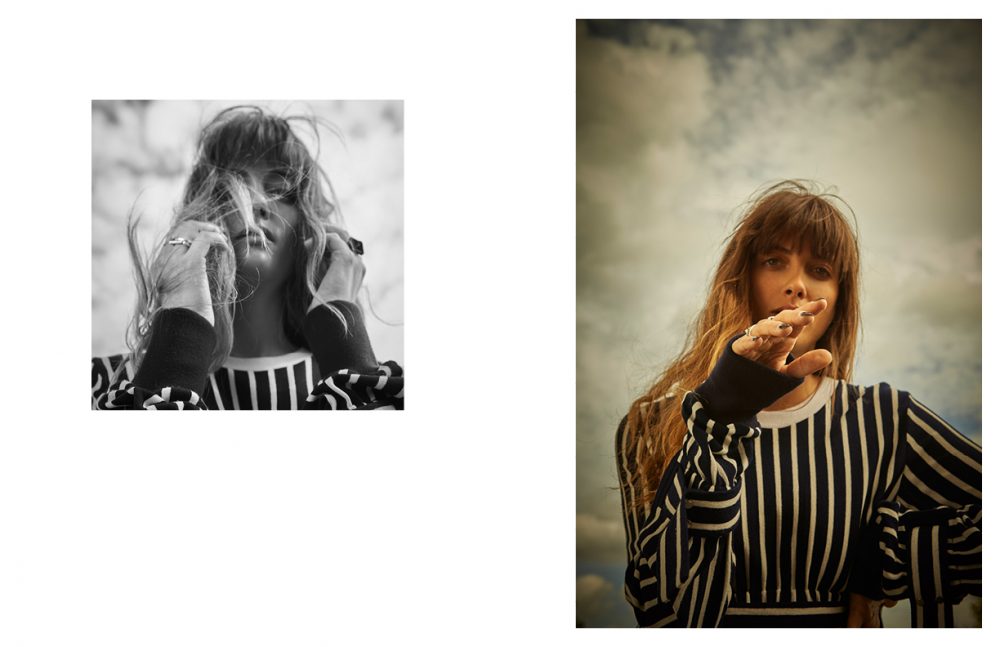 You were flown by the Israel Foreign Ministry to Rio for the olympics to perform. How responsible do you feel to your country as a patron of the arts?

I feel a responsibility towards the people in my country, and responsible for fixing it in a way. I pay tax to the government of Israel and in many ways, I feel that the money I work hard for is being used for causes that I deeply disagree with, or in a corrupt way. Going to Rio, was – for me – using this money and applying it towards something positive. Showing a different, sane, politically aware side coming from the inside if an insane place. It’s an important message for me, not just as an Israeli, but as a human being. You always have the ability to think for yourself, and stand behind what you believe is right. And that’s what I did, I took money from the government and performed on stages in Rio, singing songs that criticize this government in a very harsh way. It’s important to beat the system from within.

A lot of your music is based on things happening or that happened in the world (for example in Tel Aviv, with both local (Dance While You Shoot) and global issues (Pity) – to start a conversation.

The only message I really try to stand behind at the moment is that we have to know what’s happening around us, and we cannot separate ourselves from it. I think we are not worried enough about where this world is going, in so many aspects, and I believe that a change needs to happen in our behavior as a society. We are a spoiled generation. Sitting in the comfort of our chairs in front of multiple screens. Some if us show real interest in issues of the world from a distance, some of us don’t give a shit.

We don’t understand that there will come a day when all of these problems are going to become directly ours, and influence our lives is right. I truly believe this around the corner, if not already happening. That’s what I’m trying to say, we need a punch in the face, and I believe that art has the power to give that punch. It’s not enough to create change, but it’s an important aspect in trying to correct the state of mind of this society. Or at least doing your part to try. 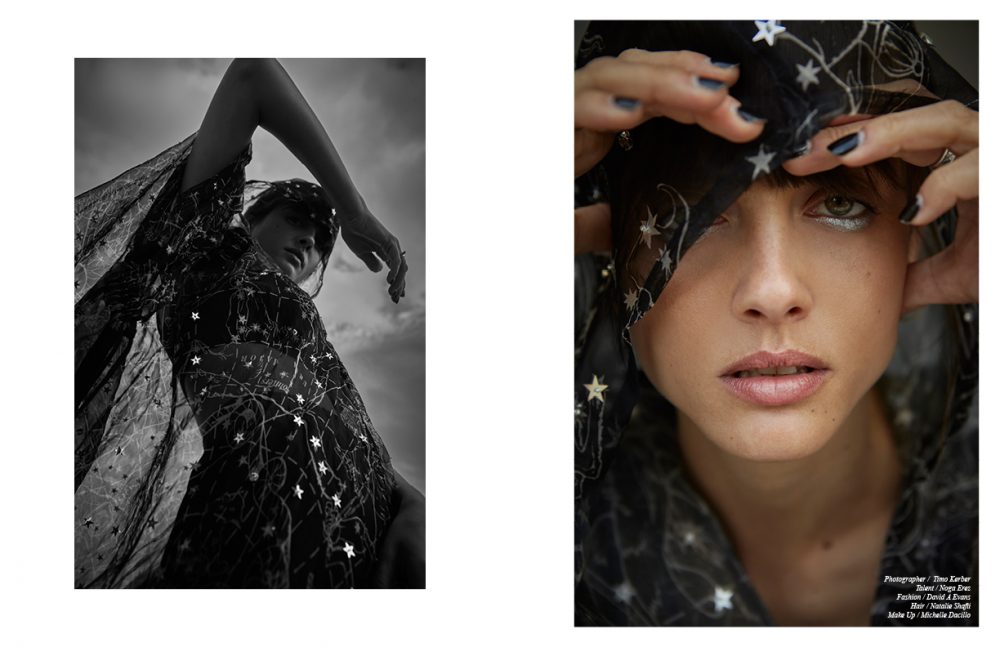 Several other genres of music (hip hop, for example) use music as a platform to reach people and have the audience think for a moment on the message being sent  – or interpret it for themselves. Men are known to be voices in this space. Do you find as a female artist, it is your duty to make music that will make people think?

I don’t think that the separation between men and women is relevant in this subject any longer. I think it is important to still talk about it, because women still get less chance to express themselves artistically, but there are so many examples of women using art and music to send a message and evoke a conversation. I am definitely not the first female artist to do that. Brave and smart women have already paved the way for artists like me. The responsibility I feel is more as a human being.

What themes do you draw on in your new album?

I mainly talk about living in the world today and trying to understand it. It’s a personal documentation of how I feel in this state of not really being able to make sense to the world.

Who did you collaborate on the album with?

Ori Rousso is my musical partner. We write, compose, arrange, produce and mix the music together.

I’m hoping that while touring Off The Radar I’ll be able to write a lot of new music. Basically working on the next album is the plan now.

Off the Radar is Out Now. Noga Erez will be performing at Visions London on August 5th.