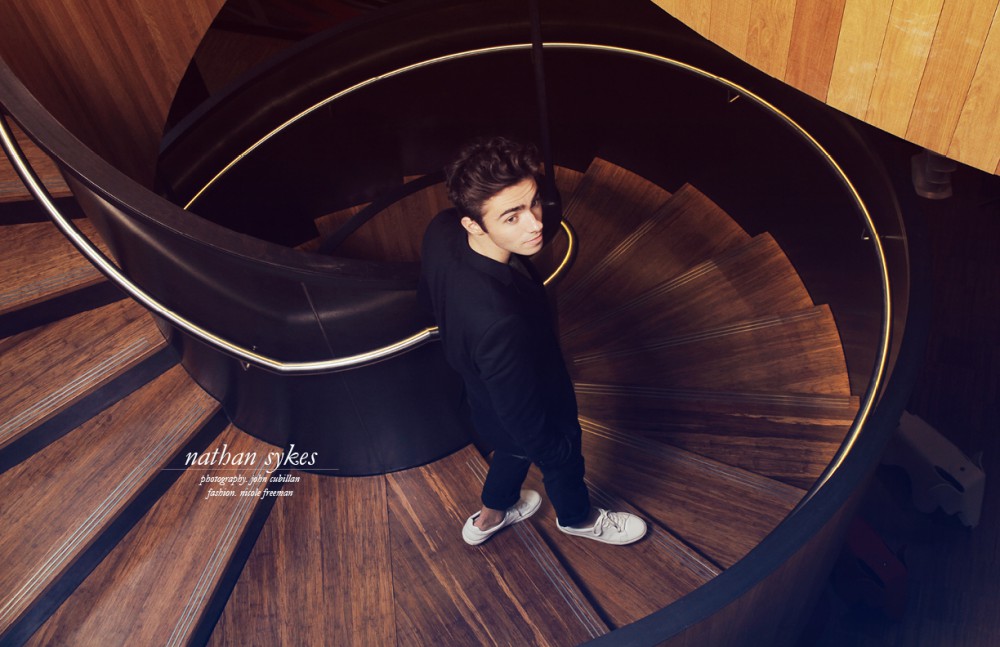 A boy band breaking up is usually followed by a tidal wave of worldwide teenage sorrow. Worse, when it’s a break – and the promise of potential getting-back-together leaves angsty teens on edge expecting an imminent reunion. The Wanted announced their hiatus in 2014, but, to the marvel and joy of all, Nathan Sykes, the youngest of the five member boy band, has set out solo to bring fans, old and new, an previously unconquered sound of soulful and jazzy pop. Schön! sat down with the talented crooner to discuss working with an eight-piece band, the burden of sixteen-year-old fashion choices and what it really takes to reach those top notes.

“I absolutely love getting on stage and entertaining people,” explains a bubbling Nathan Sykes, fresh out of a shoot for Schön! “That, and having an 8-piece band behind me. It really almost helps, because obviously we share one, same energy.” After announcing a split from the boy band core, Sykes surprised fans with a sound that marked a new chapter in the usual pop-driven, saccharine sweet dulcet tones of The Wanted. “It’s been a really fun crazy process finding my own sound, because obviously when you’re in a band, all five of us put our input in and we end up with a combined sound,” he explains. “I’m actually 20% of the sound. I think for the first time people are getting to hear 100% of me.” That 100% incudes a fully-brass backed soul cum big band jazz sound – with killer vocals and explosive lyrics. “I didn’t know what I’d end up writing or having my music sound like me and so it was quite a process.” Keeping the pop leitmotif was an obvious starting point, as an expert in the field. “I obviously love soul music and I love jazz as well but essentially I’m a massive pop fan. If I suddenly just packed up and left pop music, I would be doing myself a complete disservice.” Still, it’s a far cry from the thematic and sonar building blocks of Walks Like Rihanna or Glad You Came. 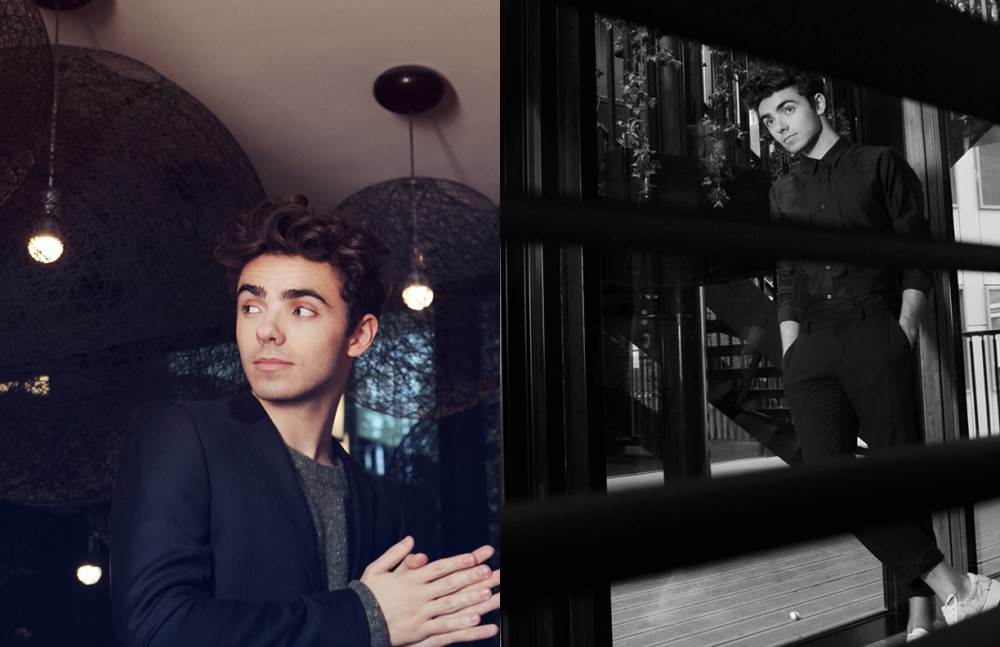 When Sykes released More Than You’ll Ever Know, both his established fan base and listeners new were in awe of his strong voice and ability to hold the stage solo. “I was just testing myself every single time I was in the studio, because I didn’t know if I was capable of doing what I’ve done, on a writing front and on a vocal front as well,” Sykes relates. “I love vocals. Great vocals. I listen to really old stuff, a lot of Motown, Stevie Wonder, Donny Hathaway, Ray Charles, Frank Sinatra. I love gospel music as well. I’m a massive Jamie Cullum fan, John Legend, Usher.”

How, then, does fronting a band compare to the inimitable dynamic of a BB? “Obviously, it’s different and all eyes are on you, so if you mess up there’s no one to really hide behind. You can’t really hope that they didn’t see it,” he laughs. “Chances are they were definitely watching you, so obviously there’s more responsibility.” A stellar list of collaborators on the upcoming record has Sykes in awe of the process – a dizzying journey of self-discovery – standing solo whilst discovering his full capacities, performative and vocal: “I wanted to do things I’d never done before and try to hit a few notes that I’d never hit before. Every day I’d be finding something new that I didn’t know I could do, like the note at the end of Kiss Me Quick. It’s like a scream note, all I had of that was that note in my head. I could hear it in the chord.” Dedicated rehearsing and fearlessness combined, and Sykes got the unreachable note in one take – putting him in the small percentage of guys who can actually reach that top ceiling. “Working with icons like Diane Warren and Babyface is just absolutely what dreams are made of, especially on a debut record. They were both very complimentary which was great and so was playing music to Diane.” 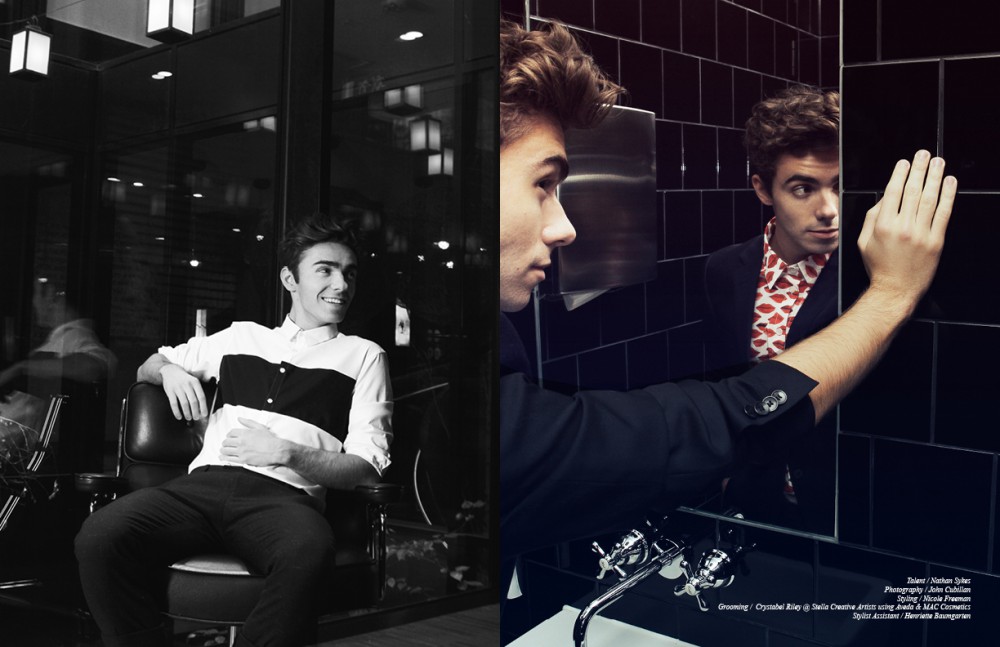 Kiss Me Quick, the first single to be released from the debut solo record, was born from a chance session where the trivial became material for an explosive anthem. “We were out just outside of London in the country side I was working with LDN Noise and we were just chatting about nonsense,” he tells us. “I just said: ‘I’m really bad at flirting’, honestly.’ So, we wrote a song that can flirt for me. It’s as simple as that.” A fortuitous moment of inspiration, since it ended up being the debut single. A classic, pared-down video with Emil Nava ensued, whose previous collaborators include the likes of Ellie Goulding and Ed Sheeran. The visual reinvention is certainly what has catalyzed Sykes departure from being part-and-parcel of a boy band. “I think is really interesting that a lot of people who weren’t necessarily fans of The Wanted really enjoying this music, because it is a departure from the sound that I was doing with the boys.”

The young Mr. Sykes is certainly reinventing his look, too. In dapper tailoring and Comme des Garçons getup, he’s looking the part. “I think with an evolution of my sound I wanted that to go hand in hand with an evolution of fashion, as well,” is the explanation. “I think I’m at the age where naturally I started developing an interest in fashion, because as a 16 year old from Gloucester who had just got into a boy band, I think I can be forgiven for some of the fashion choices that I made.”

It’s an easy thing to forget that Sykes has been in the industry for a fair few years now – a six year stint means he’s been exposed to the media eye and the trials and tribulations of fame. But for this new chapter, he’s prepared and standing strong. “I think a lot of people forget that I’m 22. Because I think people who do know me from The Wanted kind of think that The Wanted has been around forever and think I’m like 307,” he laughs. While press and fans plan, plot and ponder and The Wanted reunion, Sykes takes a moment to enjoy this new career path. “I’m just on my debut single,” he retorts. “We don’t know what’s going to happen tomorrow, in five or in ten years or however long. But what I can say is that I’m really happy doing this at the moment. I’m really proud of the album I’ve made and I’m very, very excited about the next few years.”

Kiss Me Quick will be released on July 5th.
Pre-order here.