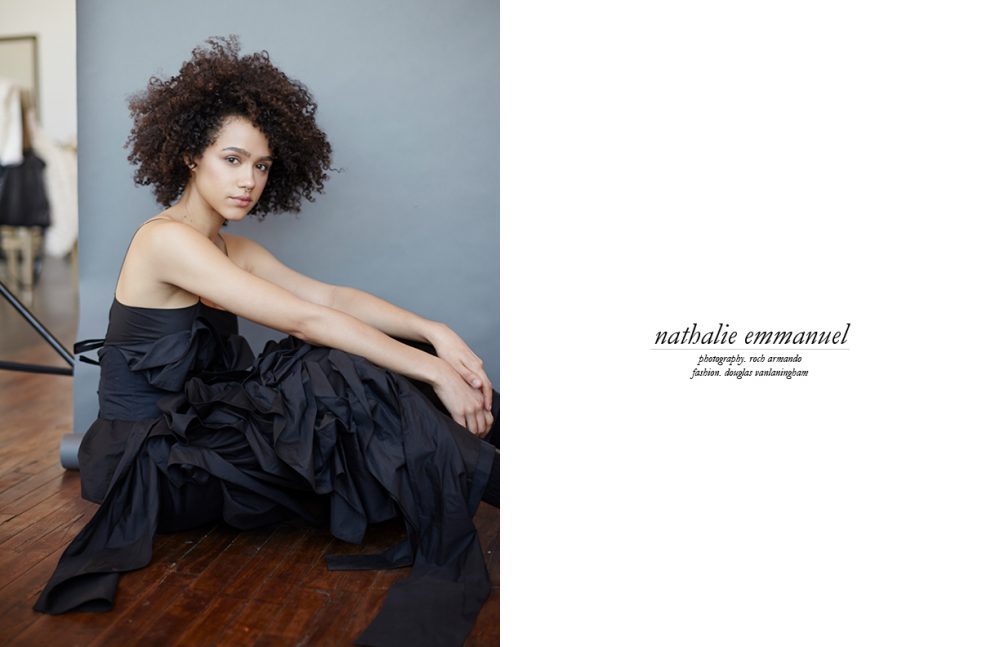 We know her as the watchful Missandei from Game of Thrones and at twenty eight Nathalie Emmanuel is storming our screens once again as  the ingenious tech hacker Ramsey in the latest installment of the Fast  and Furious: The Fate of the Furious.   It’s impossible not to be charmed by Emmanuel: irrepressibly graceful  behind the camera and delightfully down-to-earth in our interview.  With her head-turning beauty and with a low-key style, it’s no wonder she was  chosen to front Dune’s SS campaign.  “Born and bred” in South End on Sea, her mother signed her up to  singing, dancing and acting classes which gave a very shy Emmanuel  some confidence and led to her big break (aged ten) playing a young  Nala in the West End musical of The Lion King. 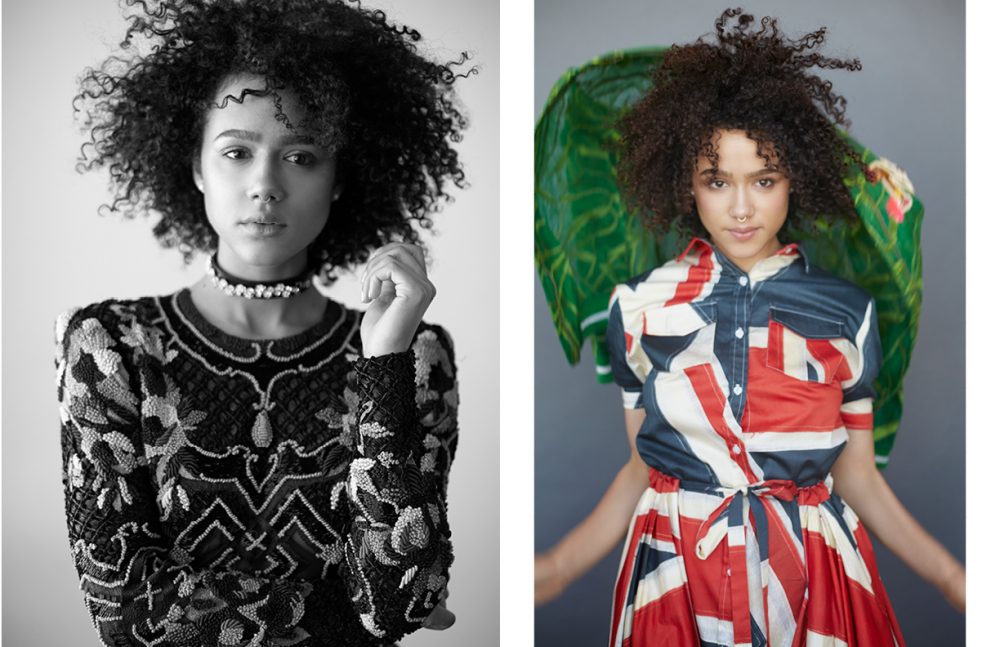 As a teenager she  secured the role of series regular Sasha Valentine in Hollyoaks, later  achieving her momentous break in Game of Thrones, followed by her award  winning role in the Fast and Furious franchise.   Being cast in Game of Thrones was “quite intimidating because I was a  fan of the show” she laughs, mid-eating a grape – an admission which  only makes her more endearing. Her first day on set was also her first  time in Morocco “it blew my mind.” Then there was her first day on  Fast and Furious (also a fan), where she had to lead the scene with the  whole cast, her character waking up having just survived a dramatic  car crash, driven off a cliff and bounced down a hill: “I was  absolutely terrified,” she admits.

A charismatic storyteller, Emmanuel feels  completely comfortable within herself, a heady wave of warmth.   There was also another reason that Fast and Furious appealed to her:  “For me the franchise always represented diversity and  multiculturalism. It’s really important to be represented in the media  and to see people who you can relate to, who look like you, and so I  was so excited to be a part of that message. I love that, for  fifteen plus years, the franchise has been doing that.” 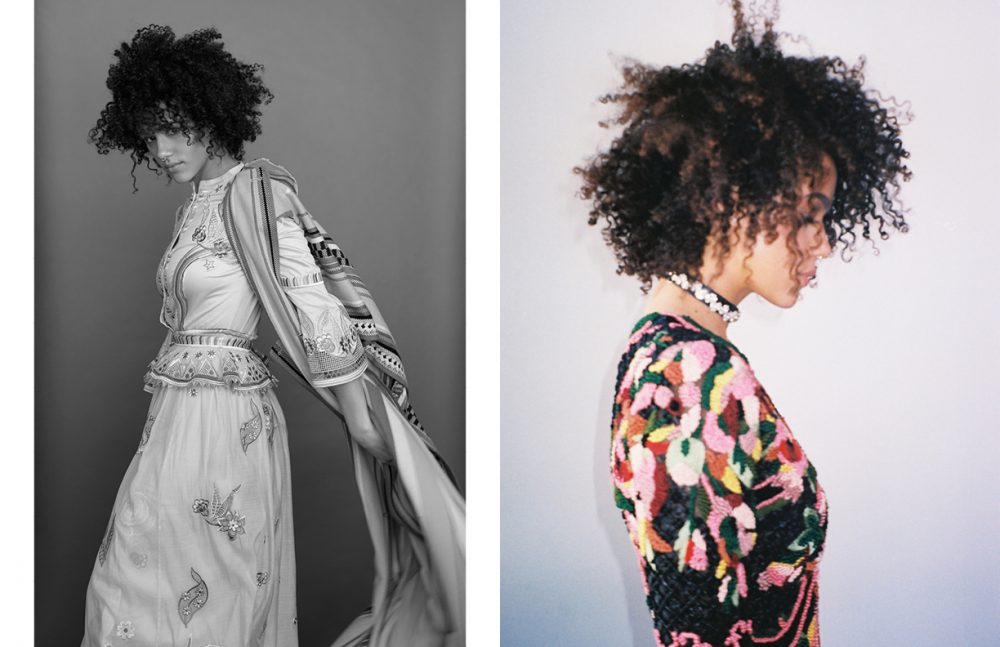 On diversity in the wider industry, Emmanuel sees progress “compared  to when I first started acting it’s definitely opened up much more.  You’re seeing much more casting breakdowns coming through where they  are not specifying what they are casting, it’s open which is really  good.” What’s important though is that this maintains, long after the  media spotlight is taken off the issue. The gender pay gap is still a  very live issue: “that has to change, as in right now, as in yesterday.  It’s ridiculous at this point that woman are still not paid the same  as men for the same work. It makes me cross, really angry.” Yes, she still comes across lots of 2D stereotypical female roles  (where to be ‘strong and successful’ translates as ‘bossy’ or  ‘masculine’) but she congratulates Games of Thrones for writing  “really complex characters and complex women.” Parts that are flawed  and vulnerable. Thankfully she sees more writing moving in that  direction: female parts crafted with the depth and nuance they  deserve. 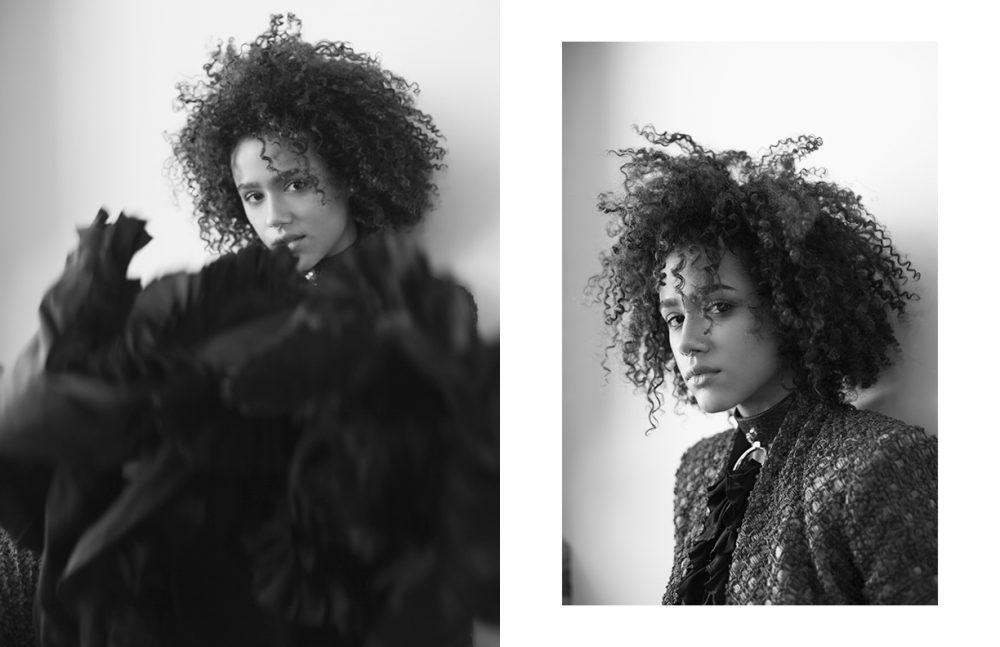 Writing scripts is yet another string to Emmanuel’s bow, both a  passion and goal of this year to finish one: “even if it’s terrible,  even if it’s just a draft, just to complete it.” She is half writing  all the time, mostly feature length drama, drawn to telling “more  grounded, everyday stories.” A curiosity in the ordinary must be a break from the high-octane fantasy worlds she is used to.

From sets in Croatia and Morocco to Atlanta and New Mexico, work has  taken Emmanuel all over the world, yet she remains based in Willesden  Green, London, in a flat she has lived in for two years with her sister. Coming  from a tight knit family, she describes both her mum (a full-time  carer to adults with special needs) and her sister (training to be a  teacher) as her inspirations, visibly lighting up whenever she  mentions them. 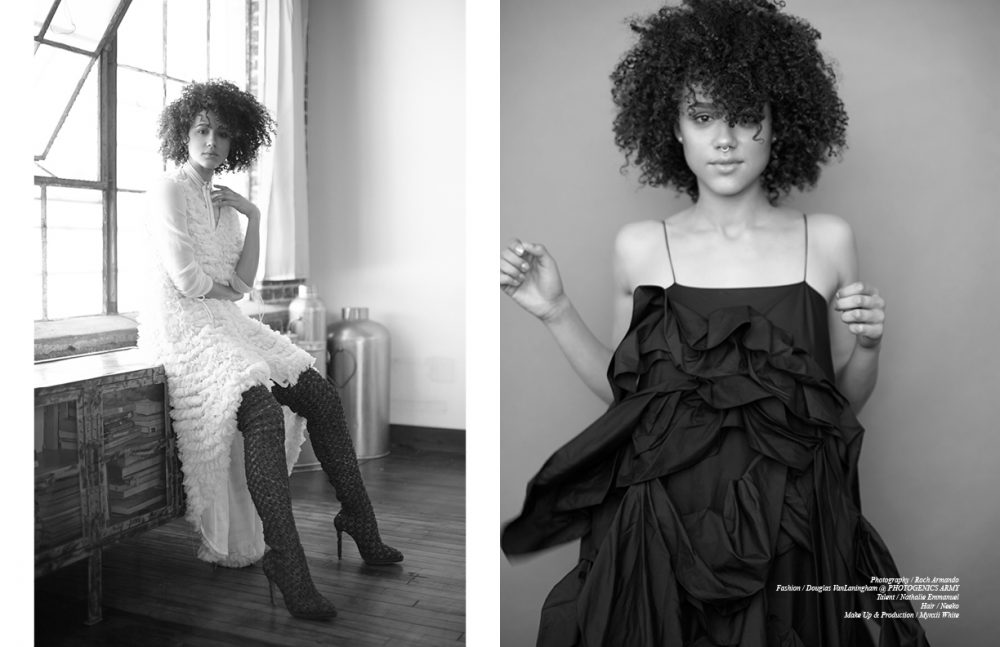 They speak most days and both joined her for The  Fate of the Furious premiere in New York earlier in April. “It makes me  think that there is nothing that really that scares me enough to not  do it because they are both just so fearless when it comes to  achieving what they want.”   We speak about formats, how TV affords you the luxury of time to  really evolve your character but how with film you are more constrained,  bringing with it a whole different set of challenges. Adoring of the  theatre, she tells us she would love to go stage. As the interview comes to a close, she concludes: “I am not  absolutist about anything; there is nothing I wouldn’t do.”   It’s that easy curiosity and passion in the world around her that made –  and will continue to make – Emmanuel so transformative on screen.

Fast  and Furious: The Fate of the Furious is out now.