Fresh from a U.K. tour and spot at the legendary Glastonbury, Australian dance outfit Metals are making themselves heard (loudly) on this side of the world. Metals drop so many contrasting styles into the fiery furnace to forge a unique and eclectic sound. Combining thumping basslines, provided by DJs Chris Coe and Ehsan Gelsi, with the soulful and sassy vocals of Vida Sunshyne. Schön! talks to the ‘ghetto-tek-booty-rock’ outfit about their constantly evolving sound. Metals just want to party and we’re all invited… 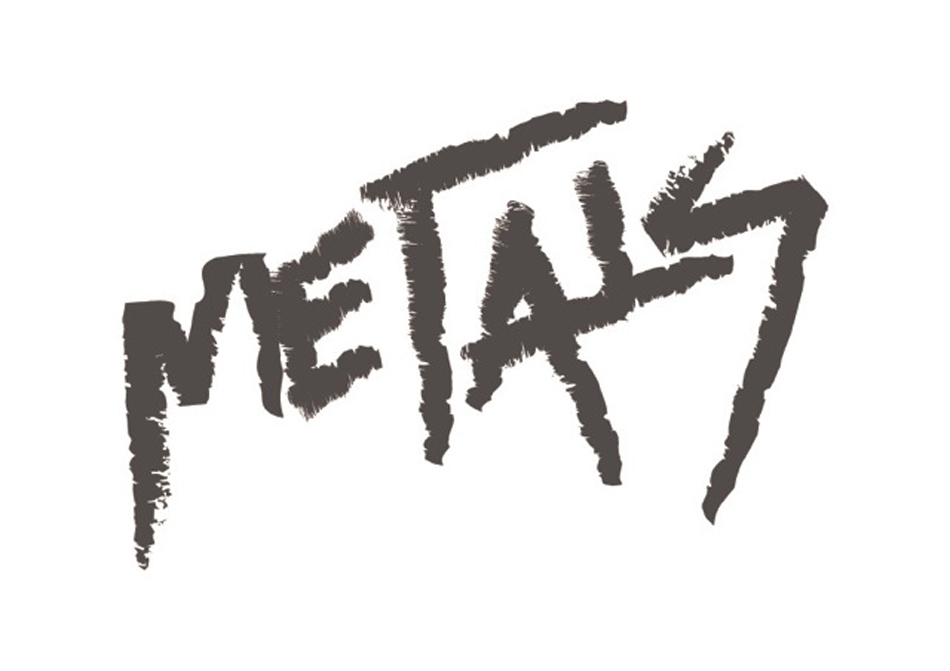 Tell me about how Metals was conceived. You are all artists in your own right, what made you come together to create the distinctive sound of the Metals outfit?

Metals was forged out of the offcuts left from my Digital Primate album of 2005 entitled Siege Mentality. On this record I had invited a number of vocalists to collaborate and one in particular, Candice Butler, she and I created a lot of great tunes that did not fit that record. Then came Spiderbait guitarist Whitt, who suggested we collaborate on something together. We attacked these songs and hammered them into form. I played ‘em to some big wigs and they said “start a band” so we did. Candice, myself and Whitt. Then came the current guitarist and co-producer, Ehsan Gelsi and ace drummer Matt Bray.

Is there a story behind the name ‘Metals’?

A friend told us of a trend forecaster who said band names are going to be all about metals in the next few years … So I decided to call it Metals. Easy. Of course Google cares not a toss about my cleverness and so you can learn all about mining and ores, alloys and welding and shit when you look for us, but that’s cool, ‘cos we are so underground…

Congratulations on your U.K. tour and recent slot at Glastonbury! Have you enjoyed your time in the U.K.?

It’s been awesome! So amazing, that our singer has decided to stay and has disappeared somewhere in Dalston with some grime rappers. Bless her!
Glastonbury was amazing, we played to 2000 people! That was unexpected. I expected a couple of overzealous drunks and a lame dog to be honest! But Malcolm Haynes, the legend who booked us, knew what he was doing and gave us a plum spot. We made the most of it, played well, got a great response. We even had our own stage decor made by artist and friend Holly-Anne Buck, people really responded positively and warmly.

Coming from diverse musical backgrounds, what/who would you cite as your main musical inspirations and influences?

Bach, Mozart, punk, techno and dark chocolate made from fair trade coca beans picked by the hands of a virgin maiden of the woods. Oh, and the attitude of English bands from the 80’s … even though I don’t like the eighties much.

Your style has been described as post-jacking-neo-tech-booty-rock-soul. Has it always been your aim to break away from the mould and invent a fresh sound?

And what mould? I take no notice of that really, too distracting. When people come together from different musical pedigrees, there is always going to be something fresh happening. It’s the collision of ideas that forges new stuff…

What current artists would you love to collaborate with?

Nigel Godrich, Rihanna (but only if it’s really fucked up), Death Grips (but only if it’s a classical piece), Mykki Blanco (‘cos she is crazy and punk). Artful, we love him and I secretly, in an open kind of way, love UKG, Skream, The Chieftains. So many, singers, producers, players, hamsters.

How does your recent material differ from your earlier work?

Are there plans to release an album in the near future?

Yes of course, but in the meantime we are going to release a whole bunch of free tracks. Until such time as we build up enough new friends who would be willing to buy our album, and come to our gigs, and have a beer with us, and have a laugh, and get lost in the music along with us…

What can we expect from a Metals album?

Drums and bass and clicks and booms and amazing vocals and guitars and odd references deeply embedded in the compositions … or… maybe noise.

What has been the highlight of your career so far?

Playing at Glastonbury perhaps? That would be one, another one is the fact that no matter what happens, no matter what shit goes down and how hard it is, I still have this burning creative urge to make new and good music. We all do… that is an on-going highlight.

What does the future hold for Metals?

New collaborations, dance floor hits, shows in the most strange places, laughter, new songs, and good food, good friends and good wine! And LOTS of parties! Will you come? Love to have you join us … who knows where we are heading, but that, as they say, is half the fun!