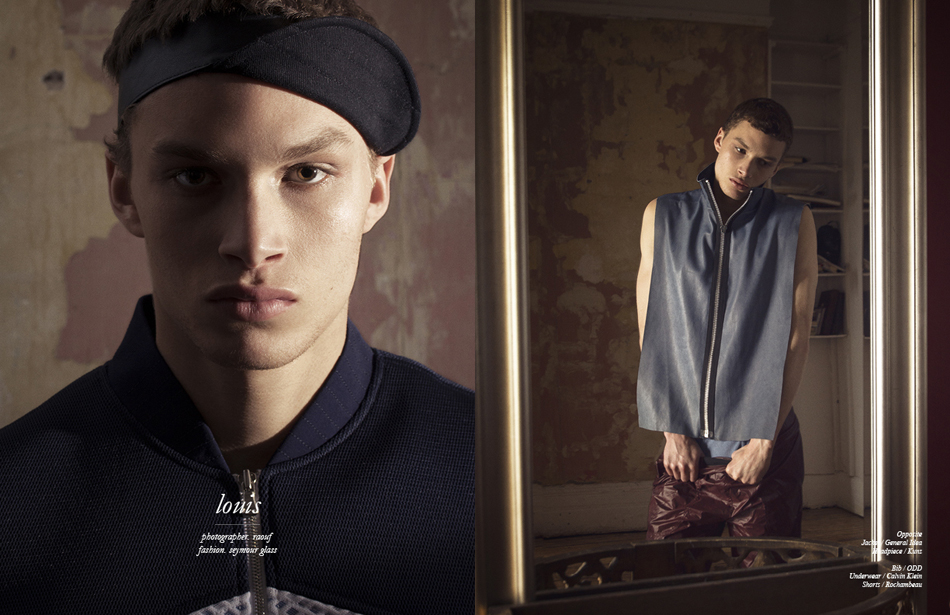 Ask yourself: Are you working your optimum angles while masticating dollar pizza on a hot Summer day in Manhattan? For Cambridge, Massachusetts native Louis Mayhew, that was likely not a consideration when scarfing down some of New York’s finest at 2 Bros. Pizza. As luck would hand it to Mayhew, however, he was working those angles, being swiftly approached by an agent and quickly signed to Red Citizen New York.

Since then, Mayhew’s done his due diligence walking for DKNY Men, Berluti, Hood By Air, and both Jeremy Scott ’14 shows. Tack on his appearance in last year’s Uniqlo campaign, his move over to DNA Models, and his recent appearance in Marc by Marc Jacobs‘ FW14 campaign and what you’ve got is one in-demand twenty-something (plus that brooding smoulder; let’s not forget the brooding smoulder). Casting director Kevin Amato says, “It’s his unique combo of gritty-stank-attitude while still looking expensive and confident… Being able to play off his masculinity & confidence enough to channel femininity. He’s raw, honest, totally laid back and uninhibited.”

Aside from work, Mayhew’s addictions include oolong tea with almond milk, calling out Verizon wireless on Twitter (“WHY IS IT IMPOSSIBLE TO GET MY INTERNET SERVICE FROM YALL WTF ITS BEEN ALMOST TWO WEEKS”), and breaking/losing iPhones. Schön! chats with Louis Mayhew below. 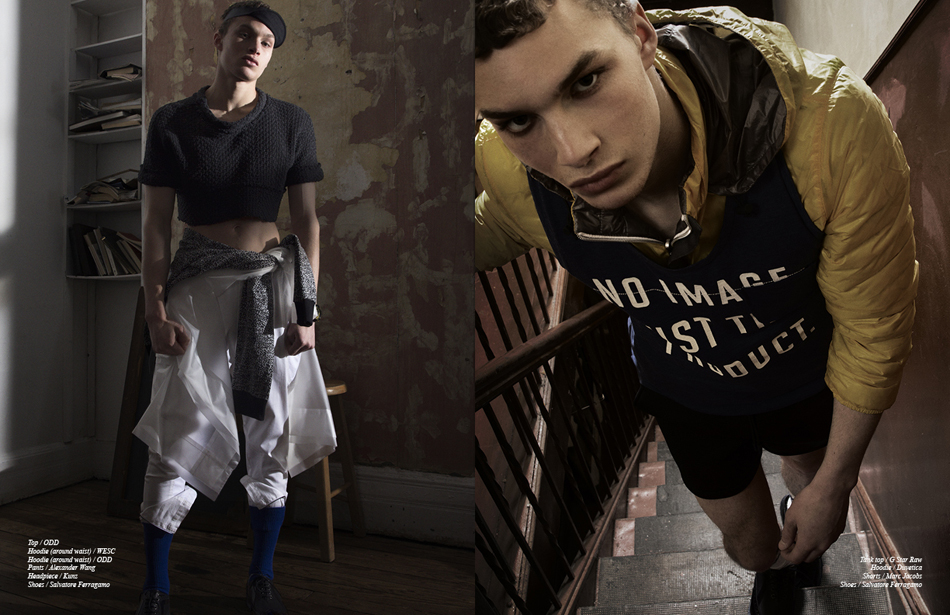 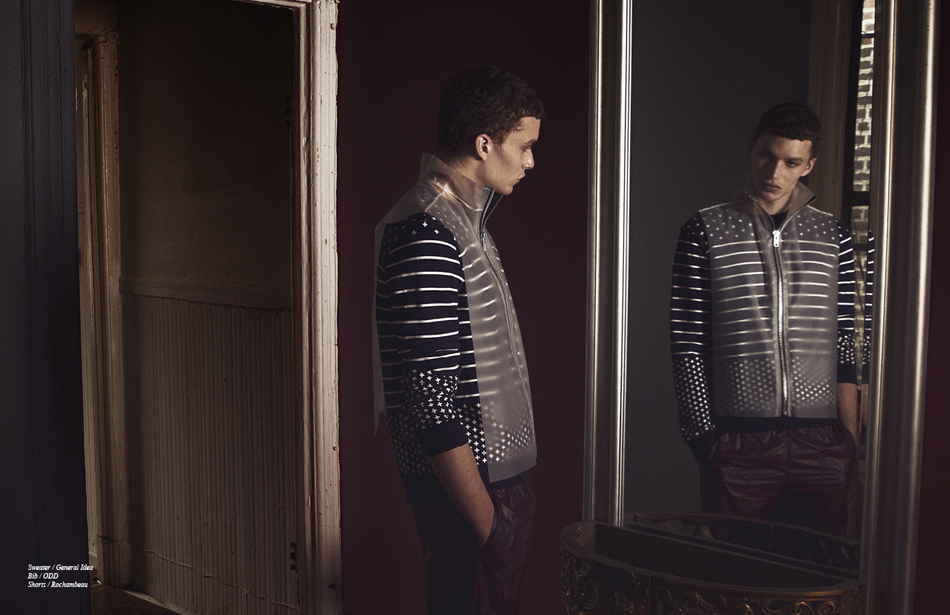 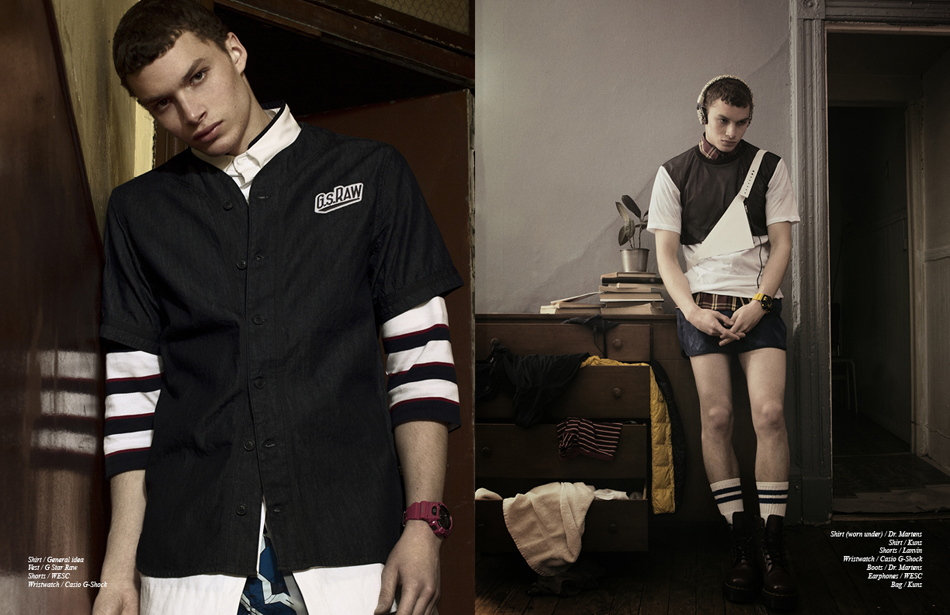 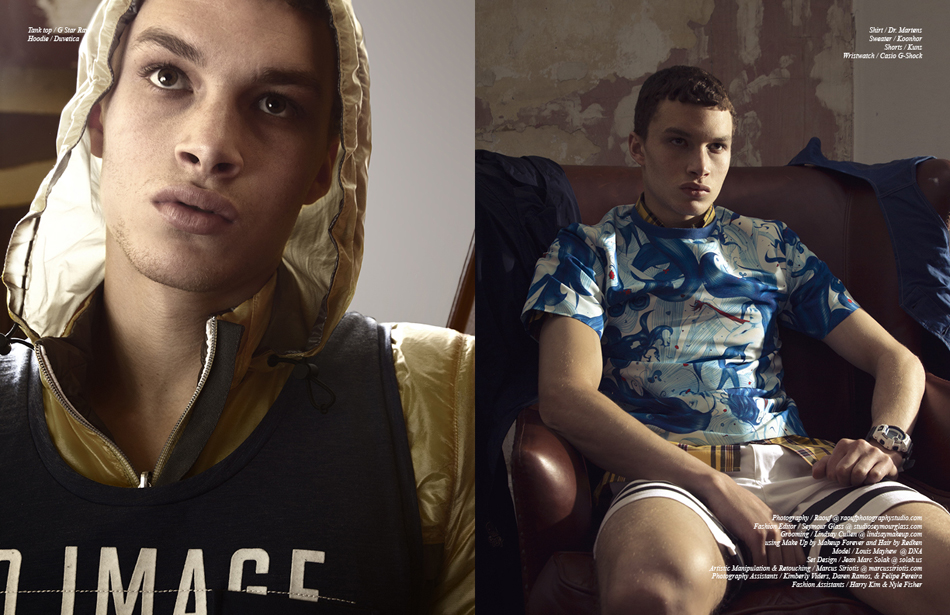 How did you get into modeling?

My former agent spotted me on the street while I was getting a dollar slice of pizza, one random day in the summer!

What are some of your favorite things about modeling?

Any experience you have particularly enjoyed so far?

I enjoyed this shoot! But I also enjoyed my first photoshoot – that’s when I got my first taste of being a model. It was special since I worked with Michael McCloud, who also does modeling.

Any perks of the job?

How did modeling affect your sense of style?

It’s made me more open-minded about wearing different types of clothing. You get styled by various people with different aspects of aesthetics, you learn how to style them yourself.

Would you date a model?

Would I? I don’t want to say I don’t, because it is tricky with girls. They have a different attitude. Some of them, not all of them! For some girls, modeling runs their lives and I don’t really want to be around that. I already do enough of it (laughs).

Any favorite male models you look up to?

Not to sound bad (laughs), but I don’t check on other male models.

Then any female models you look up to? Or want to work with?

There are few. Bunch of girls, actually! I don’t want to single out any girl. But also I don’t think I have worked enough just yet.

What do you consider Schön! in your life?

Beautiful? There’s beauty in a lot of things. It’s hard to answer since that’s very deep question. But I guess, enjoying life and being thankful for everything. I’ve learned a lot living on my own, for few years now. I didn’t expect to model and the experience has taught me to enjoy the present and what is given to you.

I haven’t planned anything. But definitely keep modeling!

For more incredible editorials check out the latest issue of Schön! Magazine