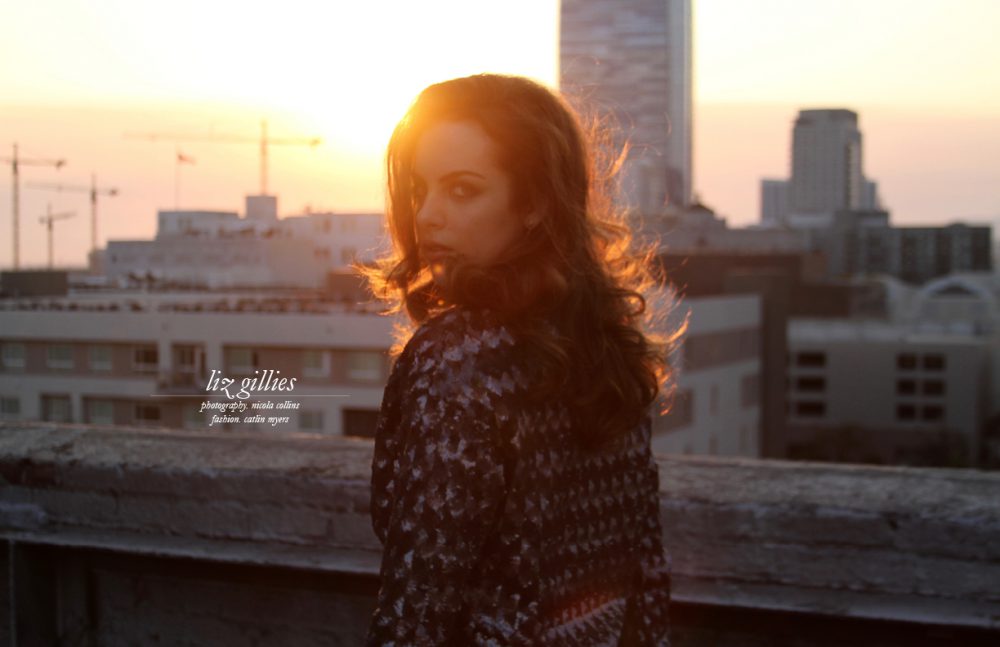 Liz Gillies is a talented young actress accustomed to navigating through life while cameras are rolling. Hailing from New Jersey, Gillies’ first big break was on Broadway, where her musical capabilities led her to Nickelodeon as a teenager. Her transition from youth to adult roles has been seamless and stylish. After wrapping two seasons as Dennis Leary’s daughter on FX’s Sex&Drugs&Rock&Roll, Liz takes a moment to reflect with Schön! about growing up on TV, dressing like a rockstar, and how her positive outlook helps her roll with the punches when things get rocky. It’s not easy to break free from a role that so many young people have grown up with.

When asked how she was picked up for such an adult role on FX, Gillies recalls, “It was Dennis [Leary]’s producing partner and good friend – his sons were fans of mine from Victorious. At first, Dennis was like, ‘Hell no, I’m never casting a Nickelodeon girl.’ But, he saw a clip of me singing and gave me a shot. I’m thankful for those boys.” Gillies continues, “It was an accomplishment to get out of the Nickelodeon world, and to prove that I could do a show with people who have been in this business a lot longer than I have. I learned a lot from them. I was younger than everyone in the cast by at least 20 years per person, so it was a unique experience, and it was so opposite from being around people my age.” 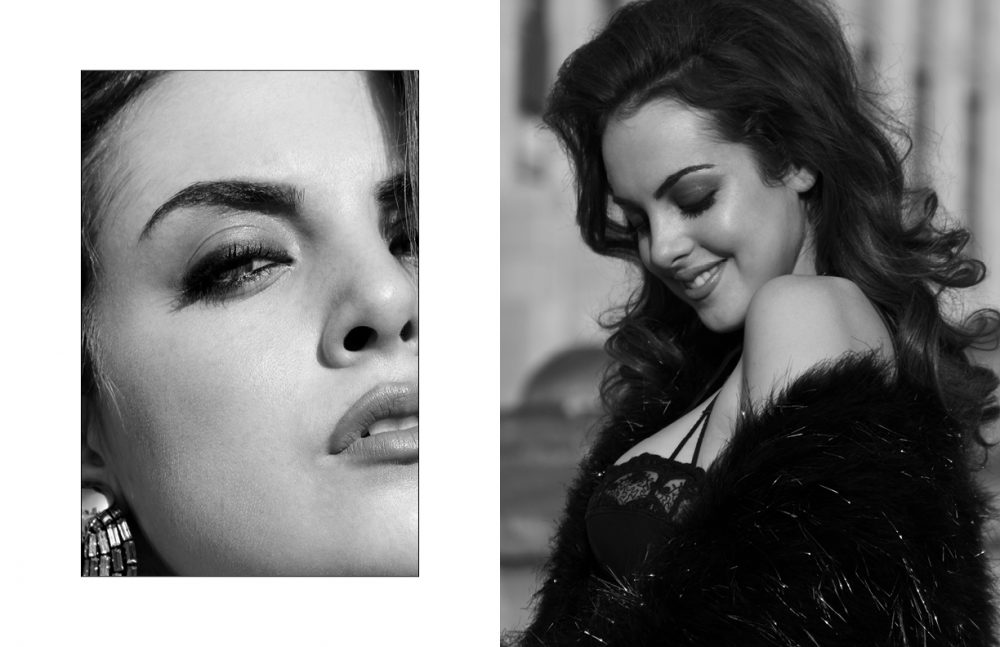 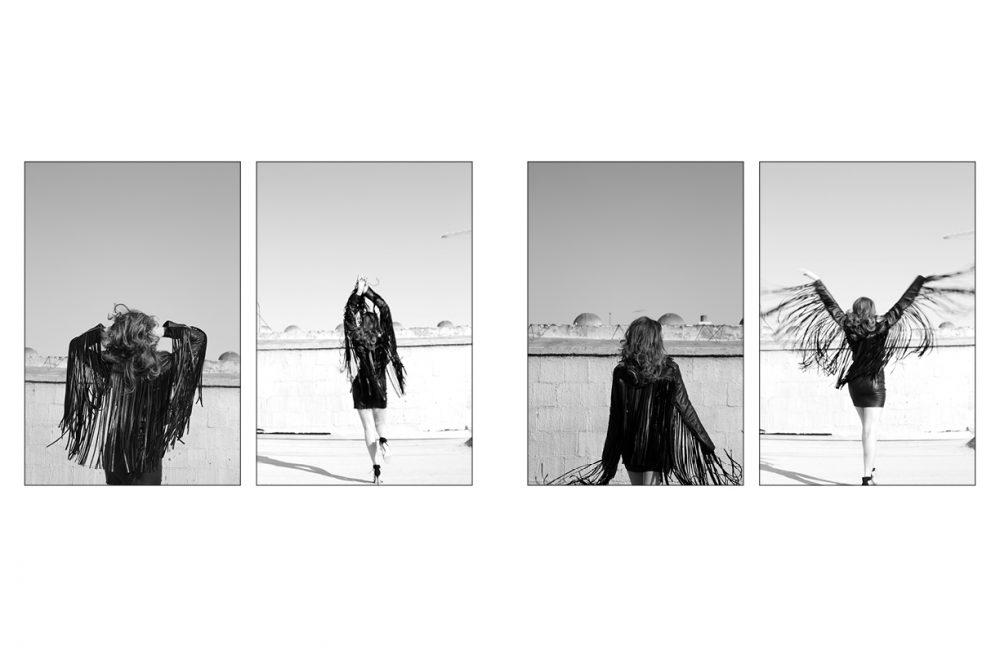 “It showed me that not only can I do something totally different, but also when it comes to friends, I don’t have any age barriers at all. I never get turned off by a person’s age. It’s about character and personality, and it’s about that connection. I like meeting new people; I like getting into people’s heads. People who are older than me usually know more, and are usually wiser, so sometimes it’s a better conversation. They’re more sure of themselves, more confident. They don’t have much to prove and they know who they are, which most people don’t.” Working with Leary made her feel right at home. “He was so funny and open to collaboration. I was always impressed by the amount of hats he wears. He wrote, directed, starred in, produced, and wrote [a lot of] the music for the show. It was admirable. He’s a good guy. He’s a great guy to have fun and break the rules with.”

Breaking rules comes naturally to Gillies, which is reflected in her style both on and off set. “I loved my outfits. Gigi’s clothes were so cool. Our costume designer, Jeriana San Juan, was also working on (Netflix’s) The Get Down; but, I hadn’t seen it yet; I didn’t know what it was… She would stress to me, ‘You know, I’m so busy – it’s really hard work doing both shows.’ I’d be like ‘Yeah, yeah, come to set – my choker fell off. Come tie my choker.’ Then I finally watched The Get Down, and there’s like 270 extras in gorgeous 70’s period clothes. Oh my god, I had no idea what she was juggling. My little rockstar outfit was nothing compared to what she was doing. She’s incredible. I would say ‘I’m obsessed with For Love & Lemons right now. I want to wear black lace,’ and she’d have ten options for me the next day. It was like a dream scenario. Gigi had amazing clothes, and it was totally because of Jeriana. She made this custom sequin, really low-cut V, open back jumpsuit for me to perform in. It was my favourite thing I’ve ever worn. It felt like Old Hollywood – she was making costumes for me, or she had them made. She was a wizard.” 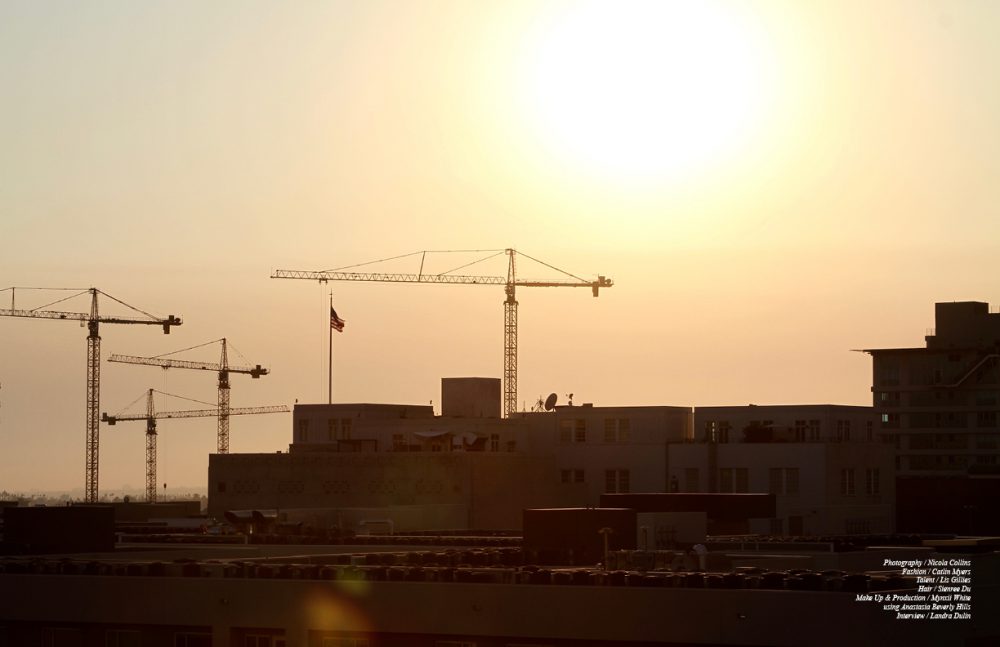 But it wasn’t always sequins and lace. In true rock ‘n’ roll behaviour, every rockstar has a signature item that gets worn to death. “Gigi wore these Alice & Olivia pants. I had them in suede and leather, and they zipped down the front -I wore them in almost every episode. Jeriana would say ‘You need to try new things’ and I’m like ‘Never!’ Gigi bordered on expensive vampire stripper. I can’t rock that every day in real life. I used to not give a shit. Now as I’ve gotten older, and I’m not even old – I’m 23 – I’ve become more demure, because I realise the message it sends in public. I don’t know that I care… but that’s the point.”

“Half of me wants to wear all black jackets and boots, total New York Soho-style, and half of me wants to sit in a field and bead, wearing a big dress with flowers all around me. I’d say I’m a hippie-vampire.” If hippies are at peace with the world, and a vampire lives on forever, that’s a fairly accurate self-description for Gillies. “My show got cancelled, and I’m sad about it, but I’m not. I look at it like doors. You have to look at it as a chapter, be happy for what the chapter was, and hopefully learn something. You wait for the next door to open, and it’s a whole new chapter. Something else is coming. You just gotta hang on because you might be surprised at what comes next.”