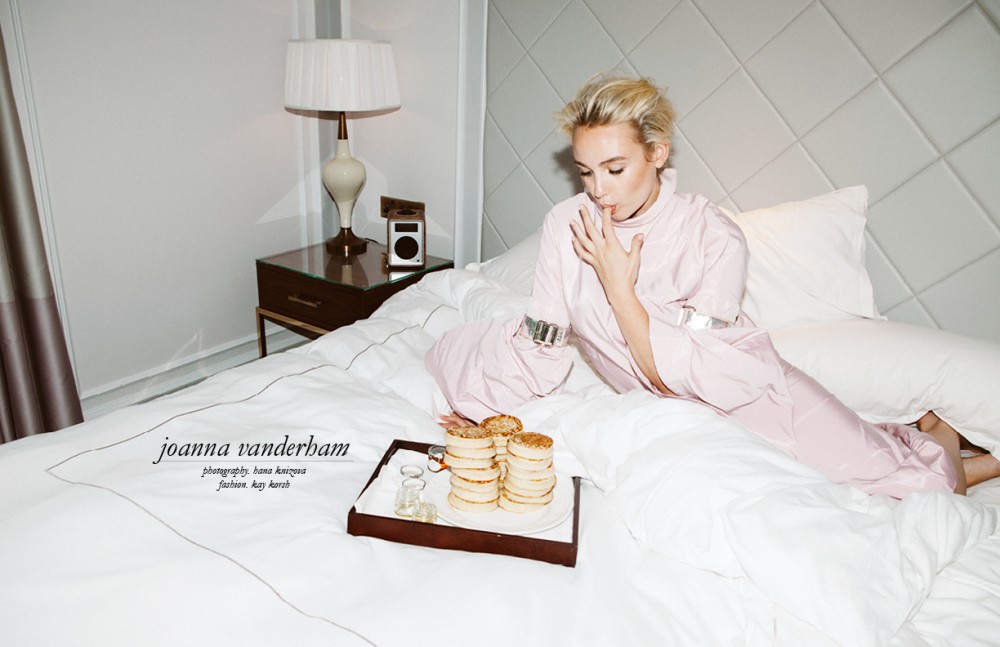 “My mum told me, if you haven’t ‘made it’ by the time you’re 28, promise you’ll go back to University and do something,” she begins. Although supportive of her daughter’s pursuits, Joanna Vanderham’s lecturer mother was understandably cautious, only to be reassured by her daughter being accepted by The Royal Welsh College of Music and Drama at 17, landing her first TV role in Sky’s ’60s crime series The Runaway at 19, and her subsequent Emmy nomination for Best Actress. “The producer e-mailed me and said congratulations. I thought she’d e-mailed the wrong person,” she laughs. “I thought that’s really embarrassing, I’m just not going to say anything. And then my agent called me and said you’ve been nominated.” Vanderham’s refreshingly down-to-earth nature means she’s not at all phased by the successes of her career, saying: “my family, my best friends from school – none of them are actors. I mentioned it every now and then but it was never that big a deal. It was kind of like, oh cool. Jo’s doing well.” 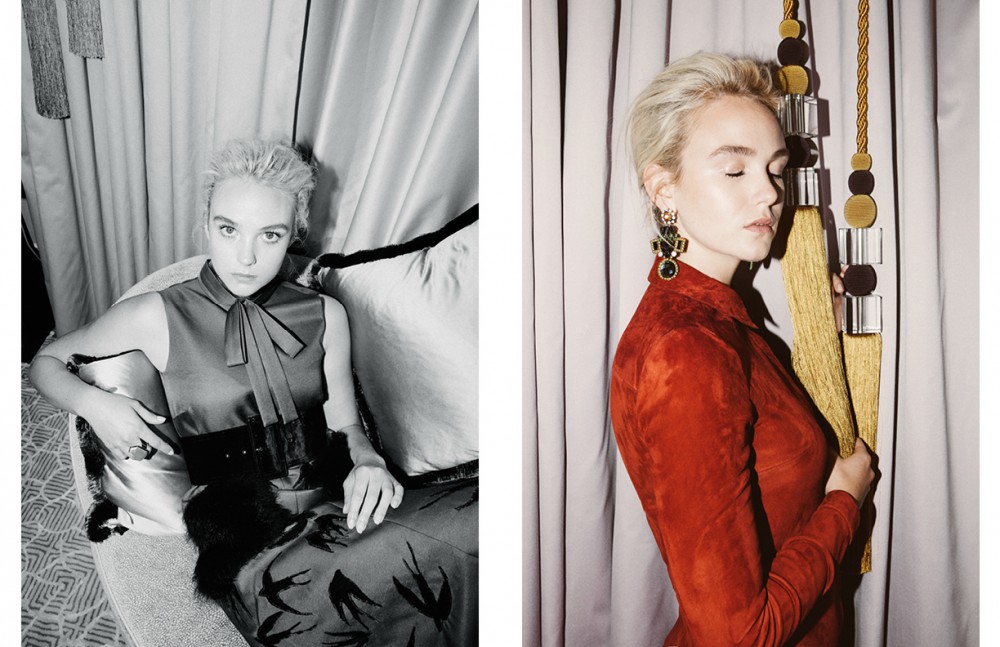 The forfeit of a flourishing career, however, is that she spends most her year away from home. In keeping with her naturally positive air, Vanderham takes this as part of the territory. “There’s that common joke, how do you make an actor complain? Give them a job. I try not to fall into that bracket. I’ve got enough people around me to keep me grounded,” she admits. “I may be living three hours away from all my friends, but I want to do this job.”

Vanderham’s undeterred attitude appears to be paying off as her last project saw her work alongside British veterans Jim Broadbent and Vanessa Redgrave in the BBC adaptation of J.P. Hartley’s novel The Go-Between. The drama depicts an elderly man piecing together his childhood memories after finding his diary from 1900. “It’s the story of this boy’s journey into adulthood and how he does, or doesn’t, cope with that” she explains. Joanna plays Mariam Mosley, a fiancée bourgeoise secretly having an affair with the man that works the land. “Everyday I would see the set, it was like I was being allowed to walk into a painting,” she tells. There was a certain irony in her landing the job: “I was filming Banish in Australia. I went to a book exchange store and was given The Go-Between” she recalls, “I got back to London and two weeks later I had an audition for The Go-between. I just thought this is so serendipitous. I walked into my audition like this is meant to be.” 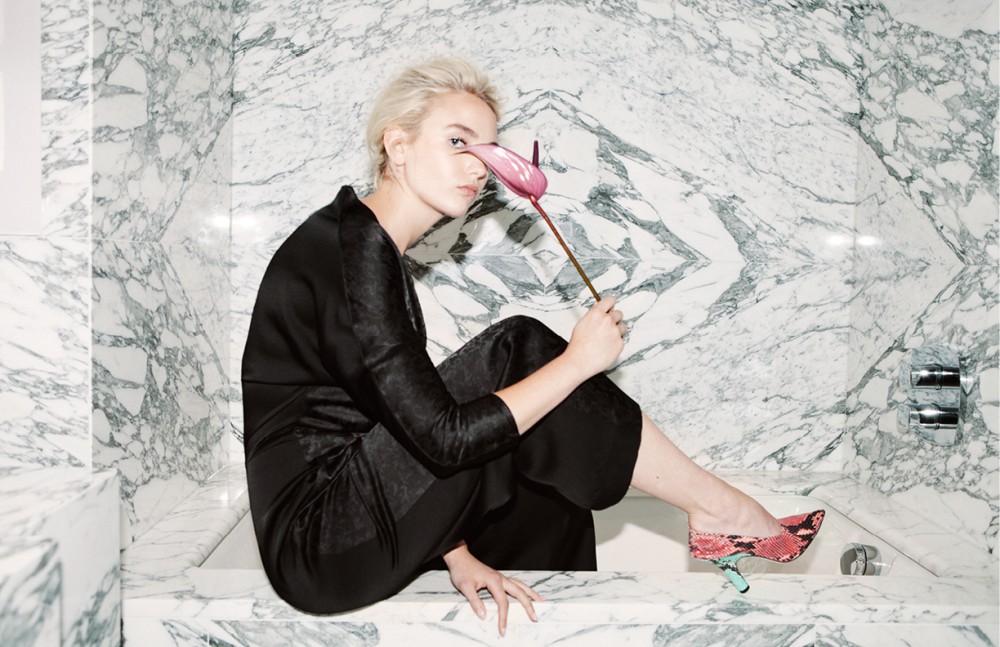 When it comes to her day job, Vanderham speaks of what’s meant to be work like a game she gets to play for a living. On the subject of her Royal Shakespeare Company debut as Desdemona in Othello, her speech illuminates with spirited enthusiasm. “I was always going to create a strong Desdemona and our director was so up for it” she says, “he was like, whenever you can, find a bite in her, sexiness in her, a wittiness, a sassiness.” Characteristics that she effortlessly reflects herself.

But in endeavouring to dispel her character’s perceived weakness, Joanna soon found vulnerability in herself. “When we were rehearsing I was like I got this. Then we moved on stage and I had a genuine panic attack because I was so terrified” she reveals. “I hadn’t been on stage in two and a half years. Even then that was 99 people, this is over 1000 seats. I walked on stage, my heart was in my throat, and I started to weep.” Luckily, her stint of stage shock took place in a tech rehearsal. With the support of her director and voice coach, she soon took every performance in her stride: “with Shakespeare, the audience are like another character in the play. Now, I walk on stage and it’s like I’m home. Welcome to my party. ” 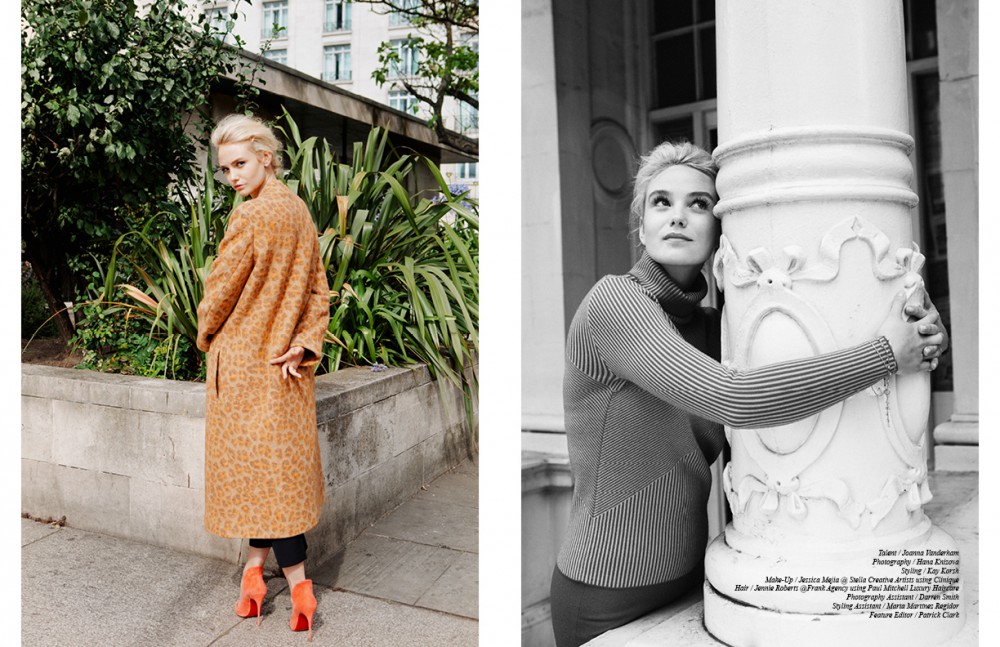 Having overcome her on-stage fears, Vanderham claims that what she’s found most challenging is when the curtains close. “[The] hours are so weird,” she remarks. “You have to know how to fill your days without using too much energy so you have enough to do the play. You have to know what your brain needs to wind down after the show, that doesn’t always involve a glass of wine. Otherwise you go a little bit mad.”

On what’s to come after Othello, Vanderham states that she would like to return to the screen saying, “British television is brilliant right now.” Before then, she’s more focused on life off-camera: “I’m just going to live in my house, paint the walls and re-decorate. Because I work away so much that’s something I need to do for my soul before I can start another project. I need to make sure I know where home is.”

The Go-Between airs on Sunday 20th September at 9.00pm on BBC One.

Special Thanks to the London Marriott Hotel Park Lane team.