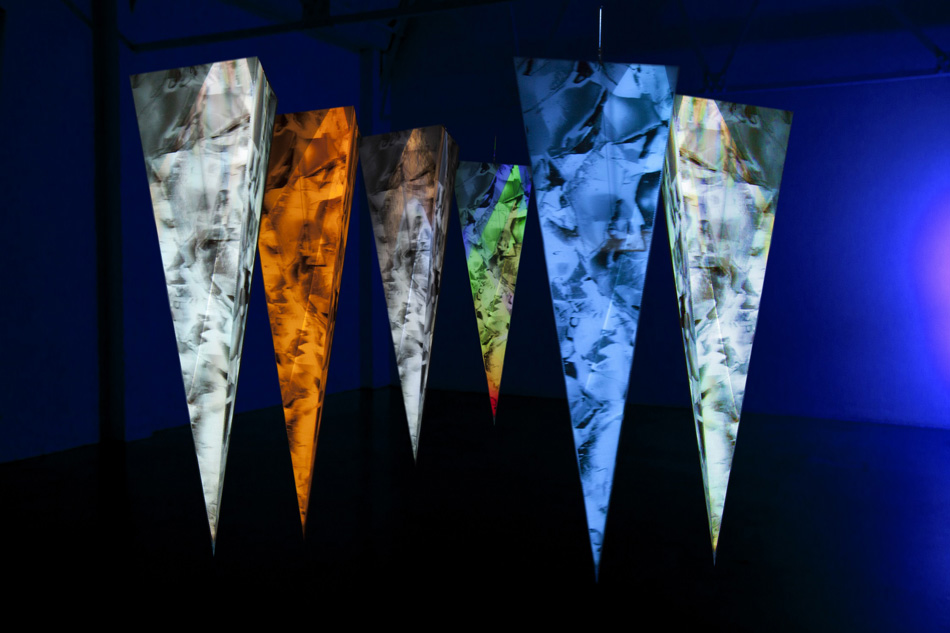 Some of us know holography from the reunion with the late 2Pac at last year’s Coachella. Or from a soaring Kate Moss trapped in a pyramid at Alexander McQueen’s AW06 presentation. However in general the technique isn’t so widely spread. British artist Jeff Robb has based his entire career on 3D imaging, so when he reveals the first ever holographic sculpture exhibition ‘Three Acts of Will’ tomorrow at Londonewcastle Project Space in London, visitors can expect to see holography in all its glory.

Within two weeks of leaving the Royal College of Art with a masters in Fine Art and as a scholar of Darwin, Robb presented his first solo show at a gallery in SoHo, London. He has since been exhibited at SCOPE in both New York and Basel amongst many others. His focus on the liminal state between the conscious and unconscious and how the forces of nature interact with the human psyche, has landed his pieces in the general collections of institutions like the V&A in London and Getty museum in LA. We were lucky enough to catch the busy artist for a quick Q&A before his opening. 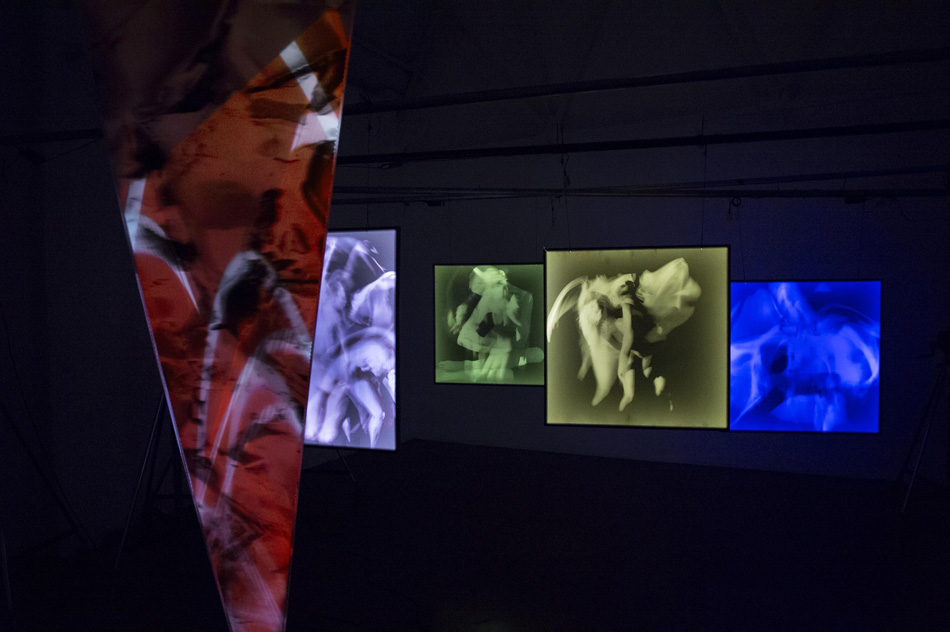 They are magical, but not magic. They are very difficult to make, but at the same time second nature as I’ve been doing it so long. 3D images on a 2D surface encompass a sense of disbelief that never goes away no matter how long you do it. There is always something unexpected in the end result that you can’t quite account for. That keeps it fresh.

Can you describe your sculptures?

The first sculpture is six inverted pyramid forms with video projection. The forms suggest icicles or stalactites, forms created over millennia, and a cave like environment – the origin of humans. The imagery is derived from macro photography of calcified organic forms. They have lost their colour which is re-introduced through animated projection of rich saturated animations that fizz with energy. There is interplay between the forward and backward projection and the animated projected video that plays with both time and space. The objects appear to occupy a greater space than their physical form as if they are part of a fifth dimension, or perhaps a multitude of dimensions of which we are just in one.

The second sculpture is a set of double sided three-dimensional images that animate as you walk around them. They are suspended in space and internally illuminated. They are ethereal human forms that have great emotive strength. There’s also violence in the images that the lighting allays but can’t suffocate.

The third room is what I call hyper-kinetic. Small movements of the forms make extravagant movements in the image. They are playful like the child they represent.

The three sculptures seem to all explore the core of human beings; their body, their actions and their soul. How does this dovetail with holography?

I’m not sure there is a direct link, but both have an ephemeral, intangible quality that beguiles both me and the audience. It’s a visualization of the emergence of a human voice from nothing. It’s about life, death, sex and personality and how they come out of the aether. It’s about time and space, physical action and a voice coming into the world. It’s also about the development of a new medium, that of holographic sculpture, where objects appear to exist in a space larger than their own physical dimensions. It’s a hybrid format of three dimensional imaging, figurative photography, abstract film and light. Additionally there is a new form of three dimensional audio, based around the emergence of a voice in the world. 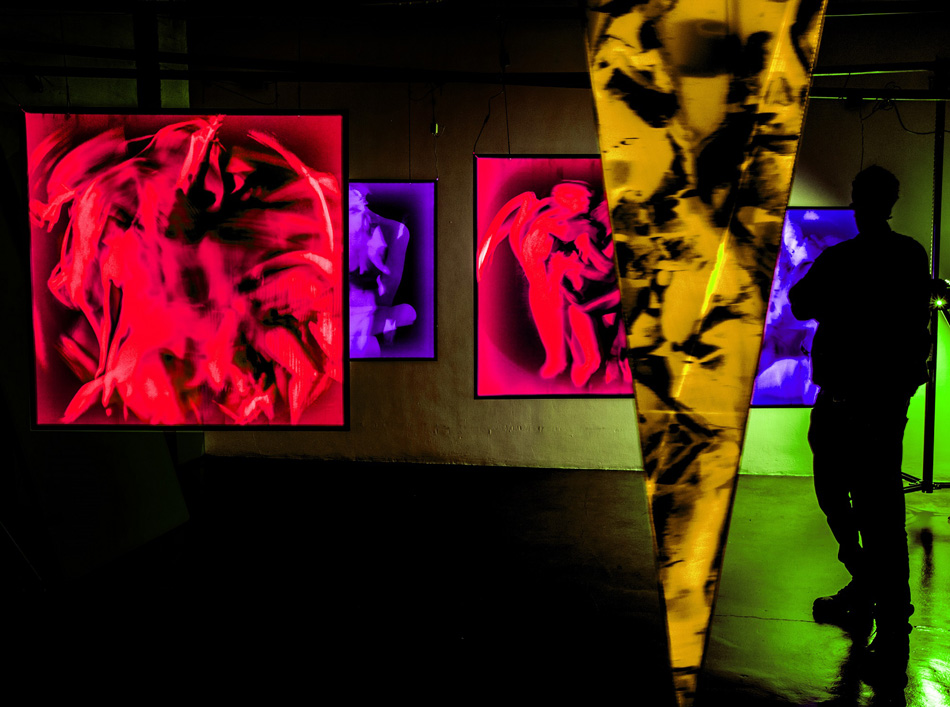 Is there a general red line through your work?

The state of liminality. A sense of being between worlds. Maybe a bit like holograms – real but not real – like ghosts. There is a book about me called ‘Capturing the Invisible’ which expands on this in detail.

Having worked for so long with Chris Levine, how do you think has affected your work? Any comparisons?

It’s always lots of fun and technically challenging. He wants the best in the world so I have to step up the plate and be counted. When I work with Chris it tends to be with very well known personalities (The Queen, Kate Moss). I believe there is a mutual respect for our skill sets, but they are very different. I’m interested in crossing boundaries by working with material I create. I’m very hands on. I make all my own work from start to finish and that in itself is an exploration. We’ve got some interesting projects coming this year up that I can’t discuss, but they are very exciting.

For more information on the exhibition please visit: http://londonewcastle.com/arts-programme/events/2013-06-07/three-acts-of-will/

For more info on the artist please visit: www.jeffrobb.com