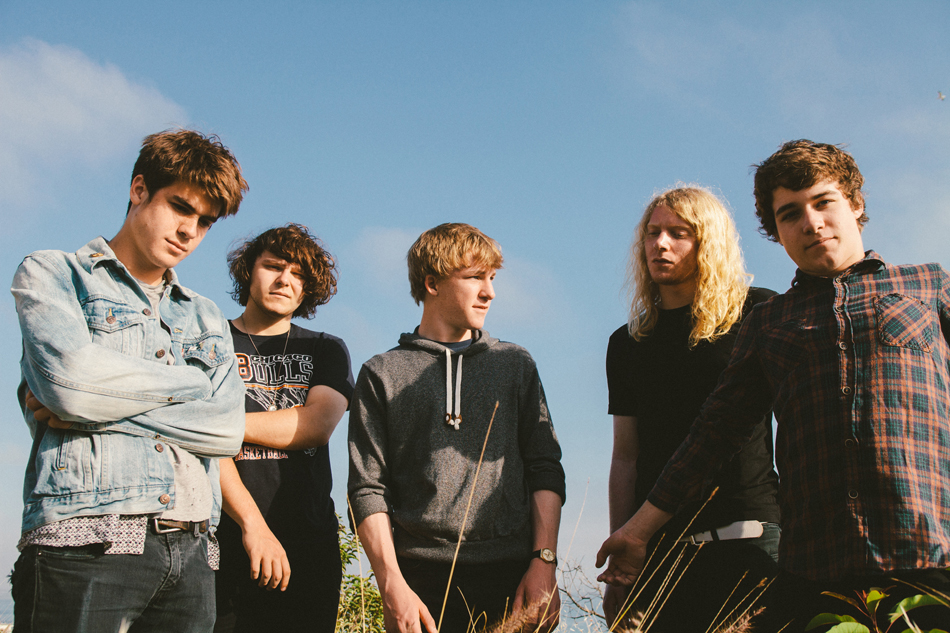 The Orwells, a modern rock and roll band of barely legal kids out of a Chicago suburb, have a lot going on in 2014. They kicked off the year with a memorable performance on the Late Show with David Letterman in January (he loved them), and have since kept busy opening for the Arctic Monkeys US and UK tours. With their new album coming out in June, Schön! caught up with guitarist Matt O’Keefe over the phone during their tour with the Arctic Monkeys to talk about what the band is up to.

How is the tour with the Arctic Monkeys going?

It’s been going good, every show has been great.

Were you guys fans of them beforehand?

We weren’t the biggest fans of them going in…I’m not saying that we didn’t like them, but I don’t think we knew them that well, their music…but we’ve been watching their show every night and they’re a phenomenal band.

Do you guys like playing the larger venues that come with opening for such a well-known band?

Yeah, it’s fun too because these shows were sold out before we were added to the tour- so, you know, we’re playing to a lot of people who haven’t heard of us so every night is a little fight to win over fans, so it makes things a little interesting.

Is it a completely different feel than playing to a smaller crowd?

It’s the same atmosphere. I mean, it’s just more people but I don’t think the energy or vibes change with the more people that are added.

The band has a new album coming out in June, has your approach to recording changed since the first one? Is this new album going to be a lot different?

Well, the first one we had done in my basement, on the gear that we could afford. We had like three mics that were all dog shit. This time we were able to do it in the studio with producers that we really enjoyed so just by doing that you get a much bigger and cleaner sounding album.

You guys were in the 9th grade when you formed the band back in 2009. What inspired you guys to get into making music so young?

I guess we just liked listening to music and didn’t have much to do so we picked up some instruments and then after middle school we realised that we all, you know, had learned our own instruments and we could actually join forces.

Could you tell right away the first time you guys played together that you had struck on something good or did that take some time?

No, I mean the first time we played together it was horrible, but it was just fun so we kept doing it.

Any future plans in addition to the upcoming album?

Pretty much just tour on it and play a bunch of shows and, you know, start writing the next one.

For tour dates and locations, visit The Orwells.