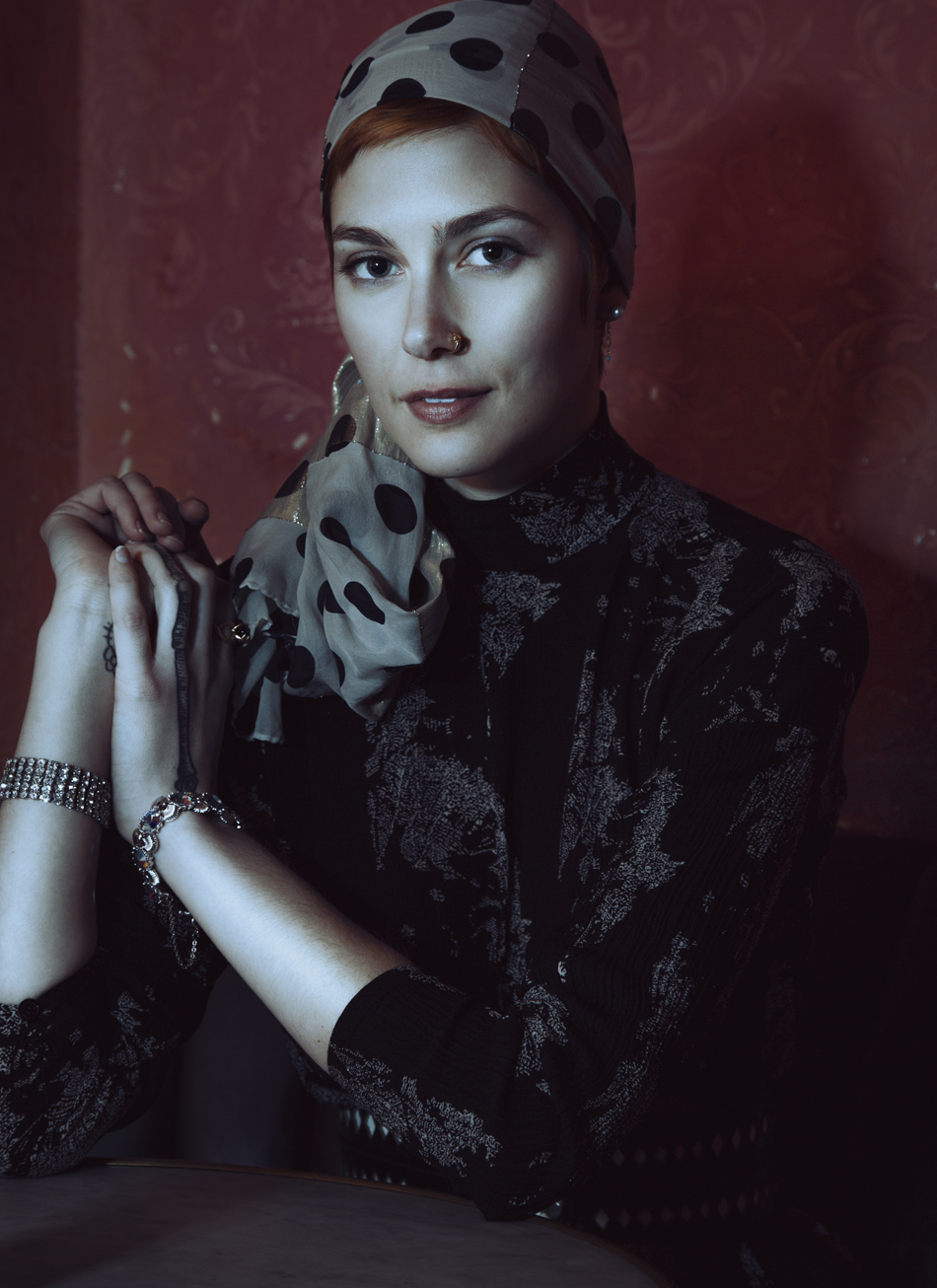 Now almost a year later, with an international audience of both men and women (and no doubt a few under-18s too) awaiting its return, Jacques is resurrected by Danielle in a darker form, with the first of the new issues, lensed by Ben Ritter, themed simply, “Betrayal”.

Schön!’s Seymour Glass sits down with Danielle Leder to discuss her vision for the future of Jacques.

How does your personal life influence Jacques?

I didn’t necessarily start Jacques with my former husband. He just happened to be there. It’s the truth! If I was the man, and I started the magazine, people would have gotten a different impression, but because I’m a woman and it’s outlandish to think that a woman can do anything, it became “our” project.

If you weren’t working on Jacques, what would you be doing?

Sitting in a corner, crying probably. Yeah, I would.

The magazine is shot entirely using film. I want to hear your opinion about Instagram and people making digital images look retro or vintage: do you appreciate that trend or do you think it is ‘cheapening?’

No! I’m not really into the Internet, and that’s why I’m very into print. They’re not doing what I am doing: hair, makeup, locations, etc. They’re just putting a filter on a photo. It’s just different – it is not something to be compared with my publication. 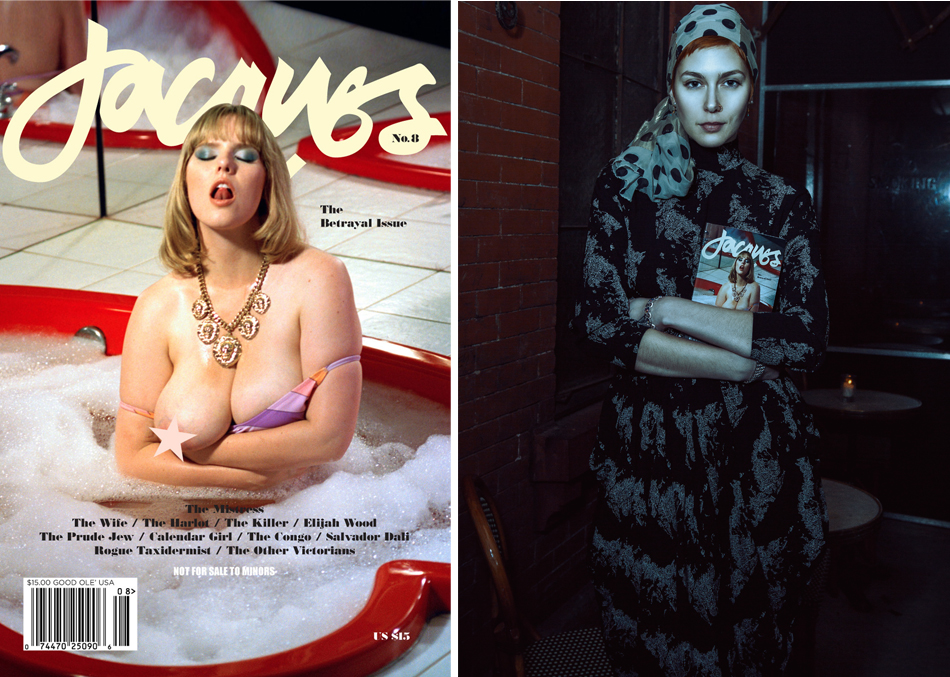 What attracted you originally to the ‘vintage’ aesthetic?

I think it’s the way the women were presented in the past. It’s not necessarily the clothes they are wearing – Jacques‘ images are still modern in the sense that to style them we have samples sent out from contemporary showrooms. I just don’t know what it was back then, it is something I can’t explain.

How do you feel about shooting only film in the age of digital? Is it a type of rebellion for you?

There needs to be a balance. Sometimes in order to achieve balance, one party needs to go the other way. I just think what happens is people go overboard with retouching – people have no reason to look like plastic dolls. Also shrinking us down, modifying how we look… If you are going to those extremes, then why did you choose that person to photograph with? It’s all about accepting the person who is in front of them and drawing a line at some point.

Do you consider the magazine feminist?

I have no problem calling myself a feminist. I am a woman and I know what it feels like. It’s hard being a woman living in a man’s world. I will scream and fight and it will always be hard, so why shouldn’t I fight?

Are you hoping that through Jacques, you can make social change?

I would like to say that I am actually. One of the girls we brought to New York who has no modelling experience at all, we got her with a larger agency … But I’m hoping to get bigger girls. Why should there be a standard for models? It’s stupid.

How do you choose models?

Personality – look too, but mainly personality.

So are there ever instances where you have to choose body type or skin type?

No, it comes down to how much the girls are willing to show. Never her body type, never skin type, never. If I get a girl who doesn’t care to get completely naked anywhere versus a girl who says, “No, I’m a little nervous, I’m not comfortable,” then I won’t disregard her, but I will go for the girl who is more willing. 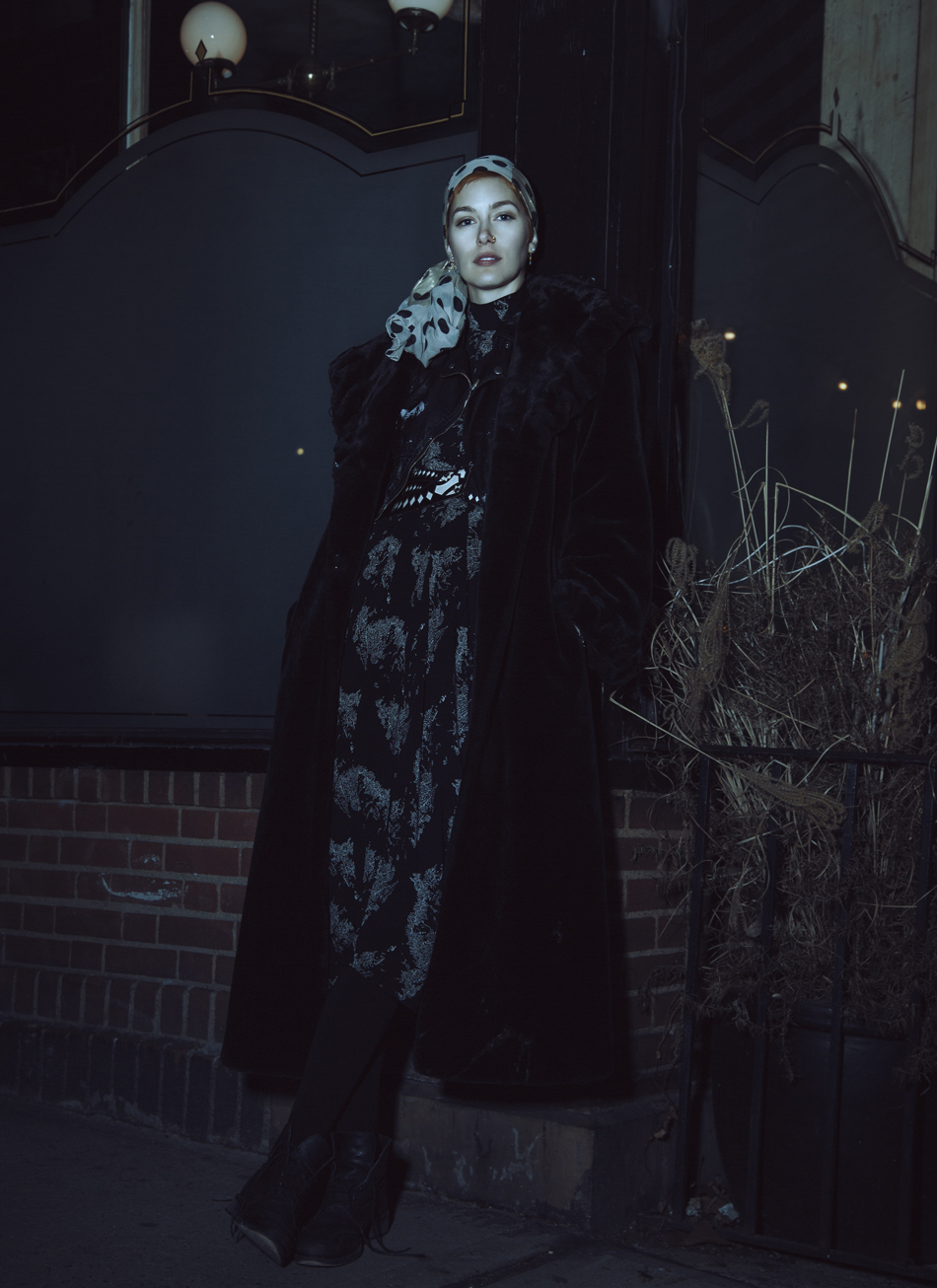 For you, personally, what is the value of a woman taking off her clothes?

I’ve always been a super sexual person. I was a stripper, then a burlesque dancer, then a model. I guess you can say I’ve been around the block a few times, growing up. I still like it, but it’s just the world I am into and I am not ashamed. It made me who I am.

Do you know your readership? Men vs. women?

I am pretty sure that 80% are men. But this is the weird thing: a lot of subscribers buy a subscription for their husband, boyfriend, or even their son. I’ve had mothers writing to us saying “I bought the magazine for my son – I’d rather he look at your magazine than what is online.” It makes me so happy!

That is amazing! Regarding young people in America, do you feel optimistic about their exposure to sex in the media?

I live in a really weird bubble. In my head. I don’t pay attention to others and do what I have to do. I don’t know much about it, that’s the problem. I know it exists, but I’m always in my own dream world.

But how about like Miley Cyrus? Do you think it’s people making a big deal out of nothing?

It’s okay with me! I mean, do I think the way she’s going about her image is sexy? NO! But we all have sex. What’s the big deal? Please Miley Cyrus: tell the masses of teenagers that it is okay to have sex. Just make sure that they’re not getting knocked up.