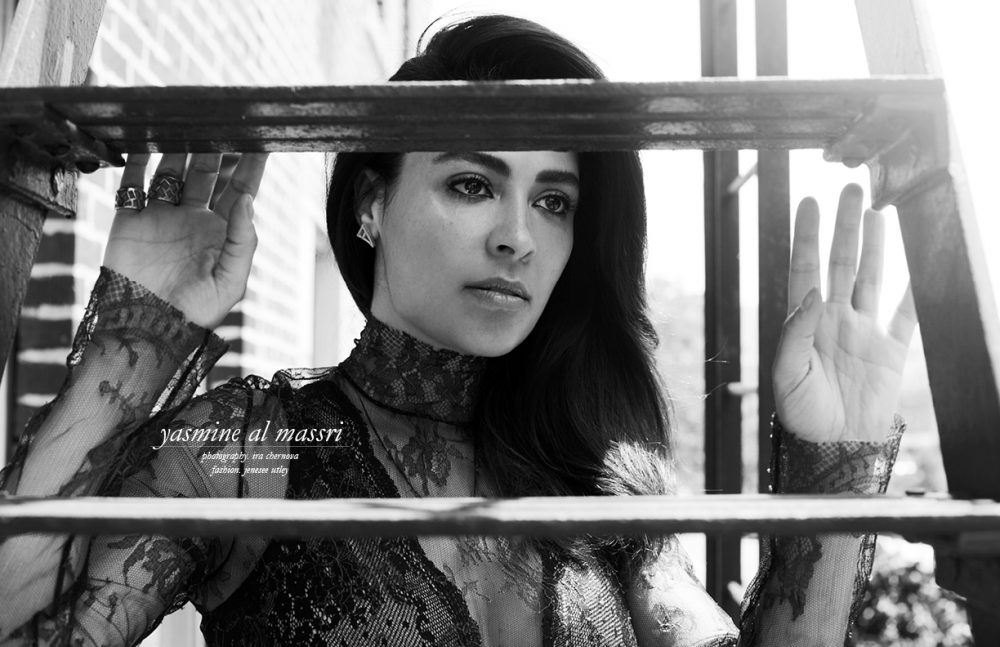 Yasmine al Massri grew up in a society of extremist troubles in Lebanon, travelled to Paris to express herself through dance, and blossoms now in mainstream television. In 2007, Al Massri made her debut in the critically acclaimed Lebanese film, Caramel. In 2014, she graced American television, starring opposite John Malkovich, in the NBC series, Crossbones. This past year, she portrayed identical twins—FBI agents who are suspects of an attack on New York’s Grand Central Station—in the ABC thriller series Quantico. Al Massri reveals her fears of playing suspected terrorists to Schön!, how movement is fundamental to truth, and how being an actor is like being a spy.

Growing up was definitely hard. My father is a Palestinian refugee and my mother is Egyptian. For fifteen years no one knew who I really was. People were afraid to say where they came from. So I had two accents when speaking, one for the home (Palastinian) and the other for public (Lebanese) so I would fit in as a local. In a war you cannot trust anyone. It was a very scary environment. There were no civil rights, nothing. Until the age of 20, I had nothing to belong to. People like me, born in Lebanon, cannot get 99% of the jobs in Lebanon. Even if you are lucky enough to get an education, you may not work—unless you leave the country. So really when you see violence coming out of countries like that you cannot be shocked. The minimum of what makes you a human being is not provided for you. All of the violence that is happening in the world today: it’s coming from desperation—desperation of not being able to feel equal in the society you are living in. You are easily manipulated by the system—or by any group of people—and you choose violence, because you are desperate. In my case, I fought violence and fought negativity and I got so lucky; I got an education. My father worked very hard for me and my brothers to get an education.

You moved to Paris to study dance at École nationale supérieure des Beaux-Arts. How does being more in touch with your body affect your acting performance?

I am always finding the integrity of my character through the way that they move. I do believe you can judge someone by their body language: the way they hold things, the way they stand, or the way they walk. You can never lie with your body—unless you are a specialist with CIA agent training. People’s bodies are the most honest things about them. The fact that I am so connected to my body makes me understand the physicality of my character—how to make them unique and honest, through their body language. The other way that I use my body on set: I have a movement for every situation. When I am standing in my spot, just before the director says action, I am always doing a movement. In Miral, I remember I had a scene where I was playing an alcoholic mother who thinks she lost her daughter. My way to get into it—to be completely drunk and on the limit of breaking down—was to spin myself around in circles.  I really trust my body in taking it where I want to go emotionally. It works. I cannot tell you it works for every scene and for every actor but I use it a lot and I trust it. 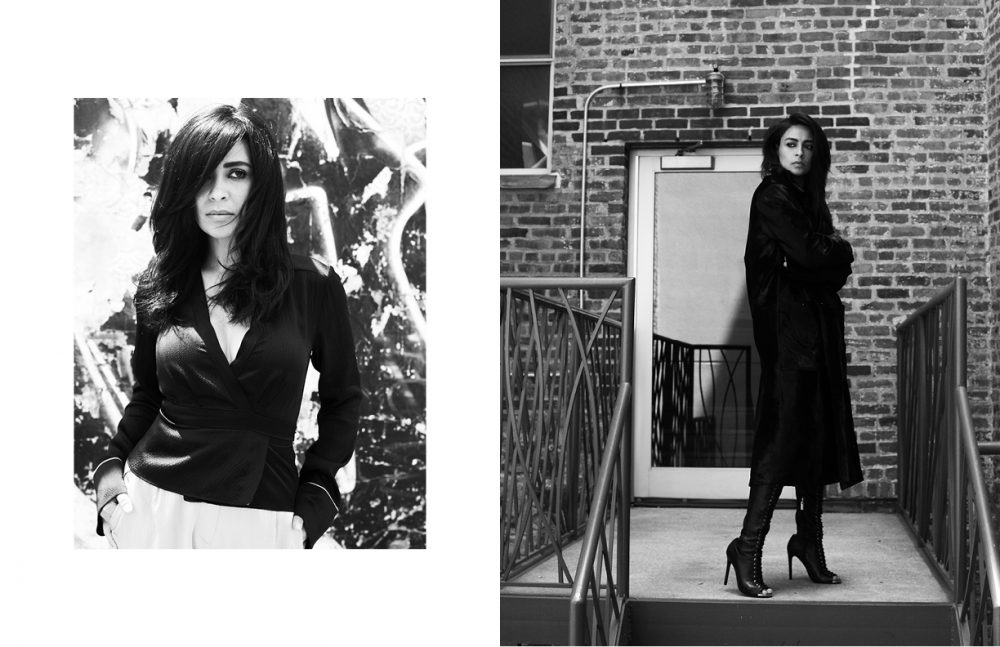 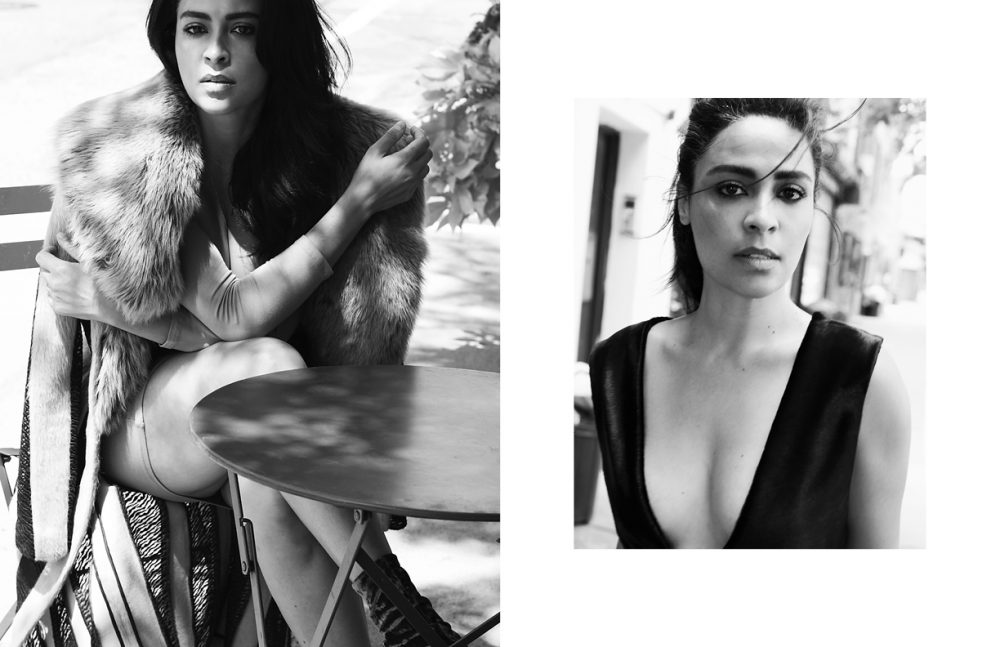 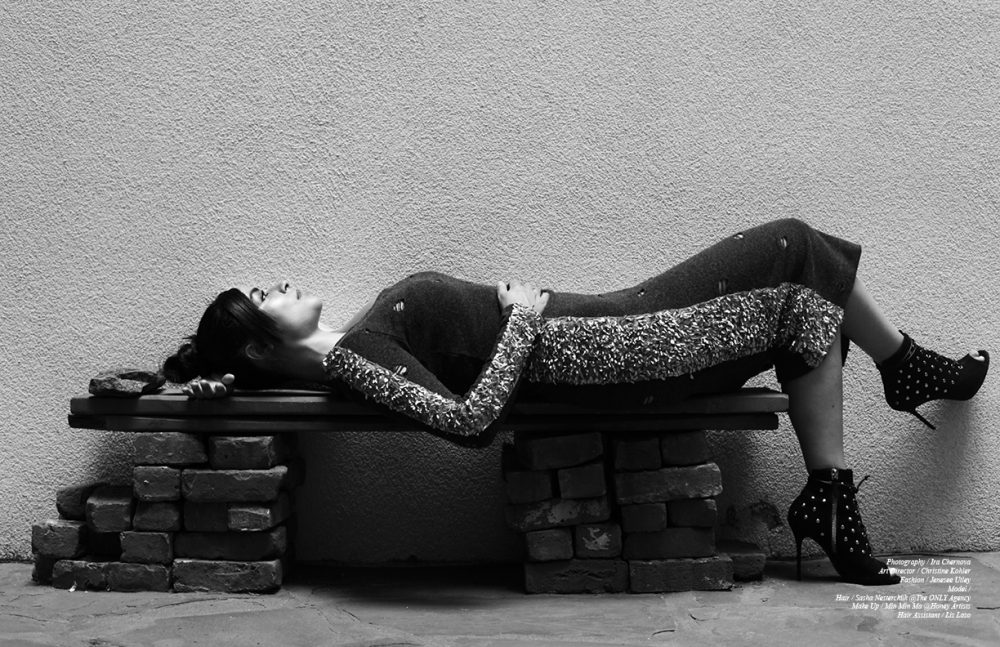 You are one of few Middle Eastern women in mainstream television and you have said, “to be a veiled Muslim woman on screen is a very scary minefield.” How?

I was scared of what my character’s story was going to be. Reading the pilot showed me enough reasons to be a part of the show but at the same time, when you have a pilot, you don’t have enough information about what is going to happen to your character. Being the type of actress I am—someone who’s not a conformist—I don’t like to be owned. I’m used to telling my own story. So the process scared me. The second part was being born a Muslim. Why? Because everyone knows: most of the terrorists you see on screen today are Arabs and Muslim. That is how the enemy looks today. Yesterday, it looked Japanese. In the 80s—it was Russian. The enemy changes on screen. Right now the enemy looks like me. Quantico makes you doubt every character, religion, social class, and skin colour.

What books are you reading?

I am reading all of John le Carré’s books. I just love how he was a CIA agent, MI6. He started writing and became a novelist about that world. I am fascinated by spy books, movies, and the life of spies—all of the mystery and their unconventional lives.

Do you feel as if being an actor is like being a spy?

Oh, definitely. A great actor is a great spy. We always work with amazing directors on television. The one line that keeps coming back from every director I have worked with is: “you have a secret.” A great actor always has a secret that the audience doesn’t know. When you think you know them—who they are and where they came from—there is always some doubt. So you keep watching because you want to know more.