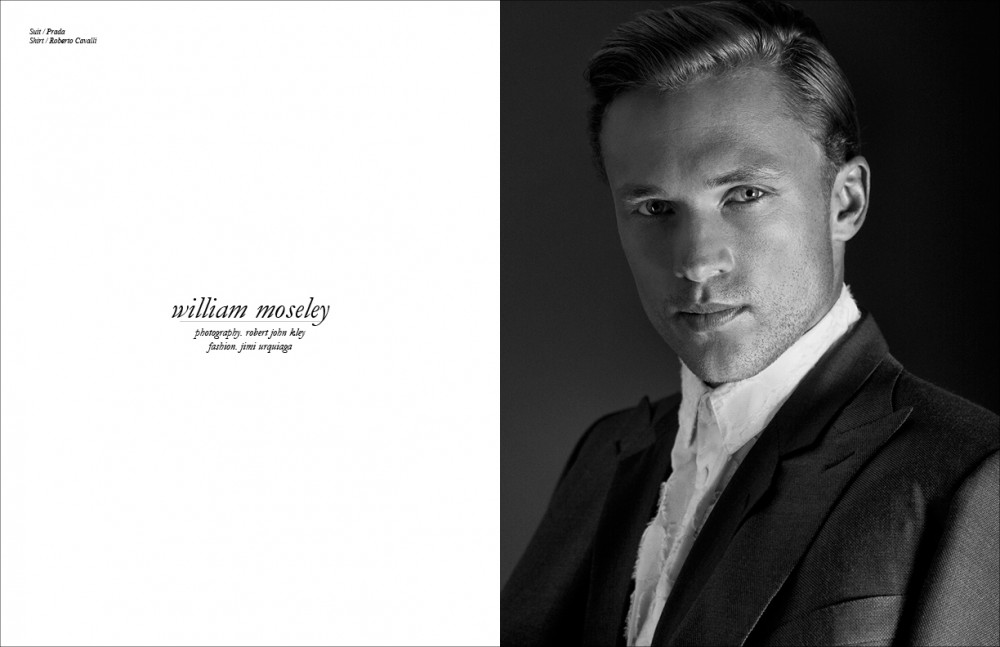 William Moseley has carved quite the royal career, starring as his Majesty King Peter in Narnia then making the transatlantic leap this year to star as Prince Liam in E!’s first scripted TV show, The Royals. Already confirmed for a second series of the hit show, the actor is set to feature in two feature films this year: horror movie Unfriend and war film The Veil. Schön! talks to the brit abroad, who is quickly and successfully etching his mark on the acting industry.

You play Prince Liam in E! series The Royals. How did you hear about the role and what attracted you to it?

I heard about The Royals through my agency. As I started reading the pilot, I thought the writing was brilliant and the character of Liam seemed like a lot of fun. When I finished the script I realised there was a lot more to him than meets the eye.

What do you think is so exciting about The Royals?

The Royals deals with power, family and the sacrifices people make to hold one of these two, if not both at the same time. The opulence and intrigue into palace life is always fascinating and when you have a great team of writers and a brilliant creator the sky is the limit.

I feel very close to Liam in a lot of ways, so I really just used my imagination and put myself in his shoes. I also didn’t want him to come across as arrogant or over privileged. I think there is something humble and gracious about Prince William and Harry so I think I identified with that. 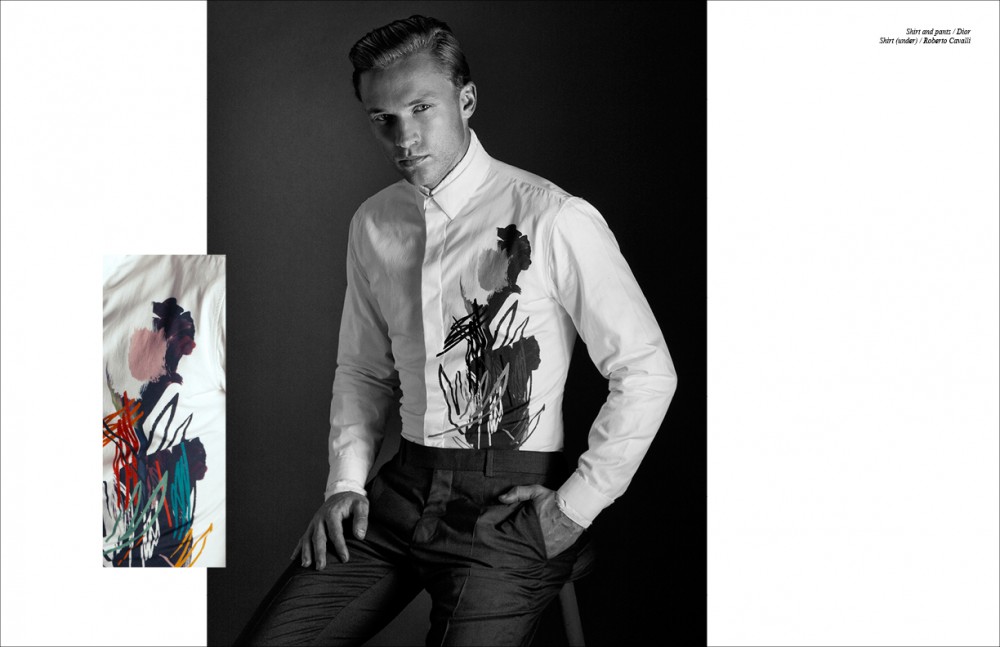 Did you use any traits of the current Princes for the character?

I like Prince Harry a lot. He seems like good fun and a pretty real person. I’d like to meet him one day and just chat to him. I took inspiration from his slightly wilder days.

This is not the first US series you applied for. Why were you so keen to break into the US market, even after being rejected?

I was turned down for The 100 for being too Royal! I wanted to break the US market because the audience is so broad here. TV shows and films get a chance to be shown not just in the states but all over the world. I feel so fortunate to have The Royals as it has afforded me the opportunity to work on a high level.

How does filming a TV series compare to a feature-length film?

TV compared to film is a totally different beast. However, independent films have a similarity. On an independent, you have very little time and have to make a scene work with what you are given. Which can be very empowering and pulls everyone together. Big budget films are really magical but they take seven months to films two hours where as on TV we film ten hours in four and a half months… I love both mediums and hope to continue to work in both.

You had a very early start in acting, followed by great success in the Narnia chronicles. Was acting something you’ve always wanted to do?

I first started acting when I was ten years old. I was very fortunate, a casting director and her team were looking round my school for a BBC drama. They had all the kids do workshops and it just seemed like a lot of fun and not like doing a real job so I decided, acting was for me.

You didn’t study acting or theatre, instead opting for experience – do you feel this benefitted your career?

I worked very hard with a lot of acting teachers and coaches but no I was never trained in a university but I think most actors just learn on the job or by auditioning. It’s really just trial and error and seeing what works best.

You’ve still got fan pages from your role in Narnia – how does that feel?

Fan pages are really sweet and I am so appreciative for all the fans who have stuck by me. Narnia seems to have a special in a lot of people’s hearts… including mine!

In-between Narnia and The Royals, you worked on independent films, as well as action movie Run. How do you feel you progressed as an actor during this time?

I feel as though I am progressing as an actor all the time. It took me a while to break out of Narnia and to also build the confidence to audition well. So much of acting is confidence and feeling stable in yourself. 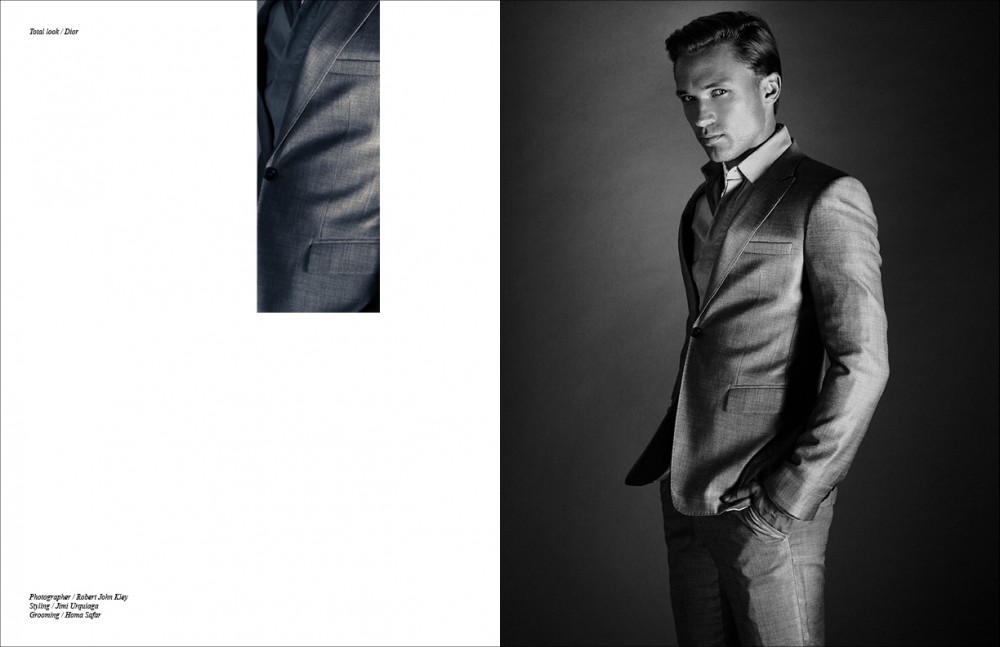 What can you tell Schön! about your upcoming film, The Veil?

The Veil is a tribal war film. We shot it in Oklahoma during the winter which was pretty cold! I play the baddie in this one which was a lot fun. I believe post is finishing up, I’m really excited to see the film!

It’s got a drastically different plotline to The Royals, was it hard jumping from one genre to the other?

I never find it hard to jump from one project to the other. Sometimes when you are auditioning you are sent a part to play a prince one day and then the next day you’re playing a pauper! It’s the fun of being an actor jumping in it out of different character’s lives. I also like variety and switching things up!

You’re also starring in horror movie Unfriend, how was it working with a genre you haven’t really dealt with before?

I’m not a huge horror fan but I like scaring people, I think everyone does! So that made the shoot fun, seeing where those little moments will pop up! My character Tyler is a surfer from California, he’s kind but does have a jealous streak which becomes consuming. It was an interesting shoot.

What else have you got planned for this year?

This year I go back to shoot the second season of The Royals which is very exciting. I really am proud of the show and love walking through Liam’s life. Good things to come! We are right in the swing of things now. So I feel we can only build from here. I can’t wait to step back into palace life!