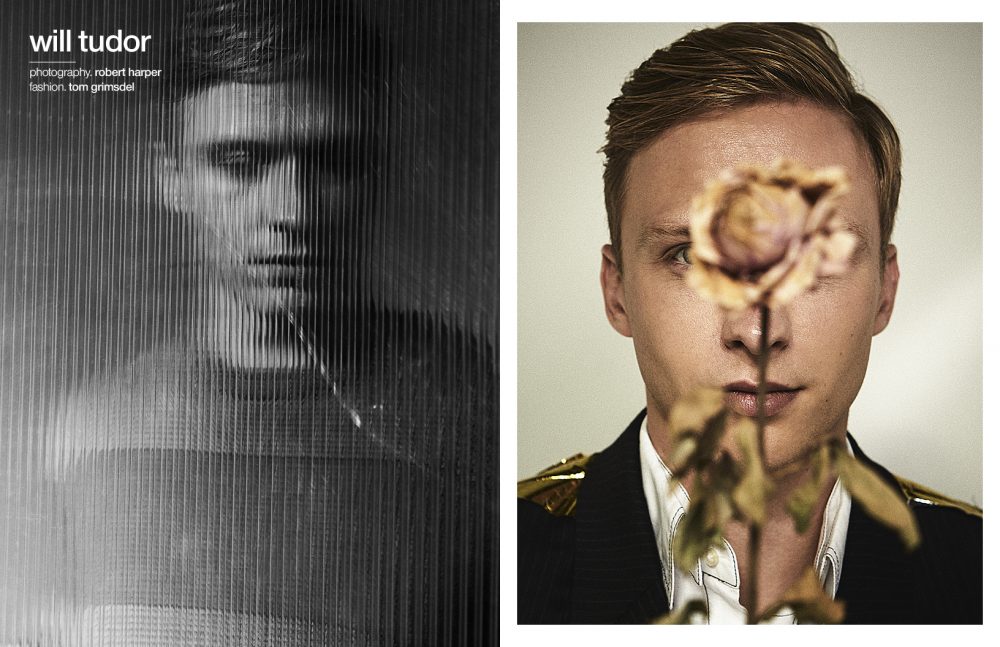 We’d be surprised if you hadn’t seen Will Tudor’s face before. At only 31, the British actor has appeared in hits like Game of Thrones, Humans and Shadowhunters — seamlessly transposing between Westeros, high-tech parallel universes and living amongst seelies, warlocks and vampires. With a career spanning film, TV and theatre, Tudor’s polymathic nature is glaring to see. Tudor’s latest project, ITV’s biopic Torvill and Dean, will see him take on the role of Olympic-winning ice dancer Christopher Dean. A role he has trained for two months in preparation of its release this Holiday season. With aspirations to write his own script, we catch up with the trailblazer to talk about method acting, ditching medicine and his future beyond acting.

You come from a family of doctors. What made you decide not to follow your parent’s footsteps in lieu of pursuing acting?

I had always assumed from a young age that I would take on the family mantle and go into medicine — and yet, growing up, I was always creating characters, doing voices. The actor in me was always there in some capacity although it wasn’t until I did my first play (Doctor Faustus, in which I was given the titular role) that I suddenly had a moment of realization. The first time I stepped out on stage I felt at home. My parents then actually suggested I pursue a career in acting — support I am eternally grateful for, as I’m aware how unusual that is!

So in a way, you had you developed any interested in acting before knowing it’d be your future career…

I came to acting quite late I suppose — when I was sixteen. It had always been something that I had done indirectly. I was always doing impressions, making up characters, putting on productions, and yet not until my Lower Sixth year at school that I decided to take the plunge and see if it was something I would enjoy. Needless to say, after that I was hooked! 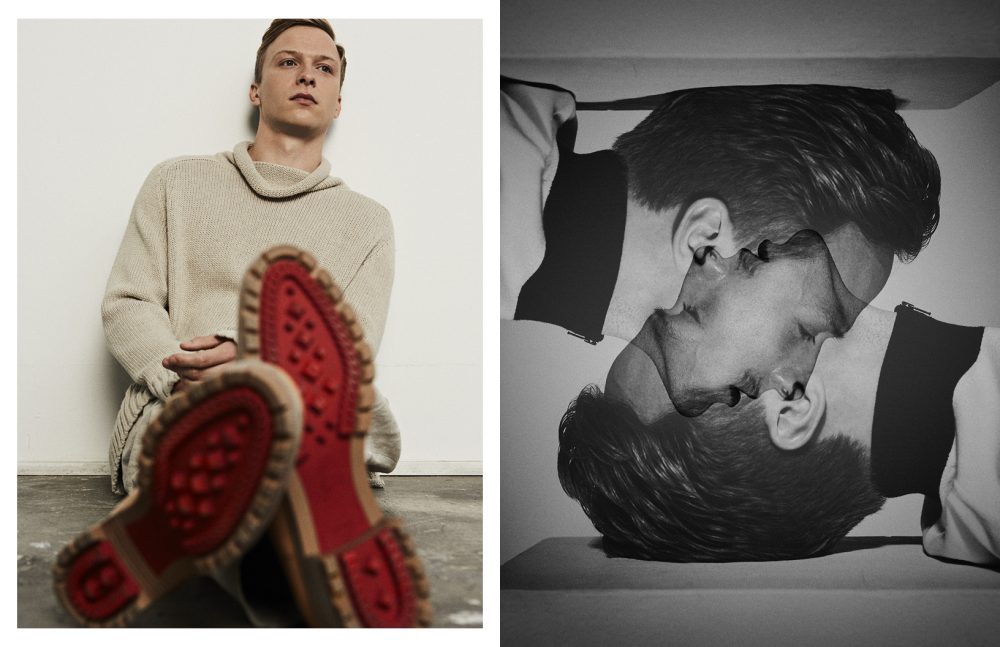 You played Olyvar in HBO’s Game Of Thrones, which is one of the biggest TV shows of the decade. How was it being part of a franchise that size?

I had been a massive fan of the show before my audition even came through. I think I had binged the first two seasons in the space of about four days! As such, joining the show was incredibly daunting and exciting. Thankfully, everyone was so welcoming, and the organisation was so wonderful, that I was easily acclimated. It is extraordinary to see how much people have taken the show to their hearts and to be a part of that world in whatever capacity is such an honour.

Are you reprising your role of Olyvar for the last season or are you done with the Westerosi world?

That is all of Olyvar that we shall see I’m afraid (although perhaps we already saw too much of him!) I like to think he is still out there getting into scrapes and seducing unwitting Westerosi.

You’ve done a lot of work for TV, from GOT to Humans and Shadowhunters. Did you approach this TV route consciously or was it something that came naturally?

I actually came from a stage background and had grown up in Stratford-Upon-Avon, frequently visiting the RSC. But screen work was something that fascinated me. It’s an unrelenting need for absolute honesty was a great teacher to me, but I also enjoyed playing with the minute subtleties that screen work allows.

What has been the best part of being part of these shows? Any specific memories you’re profoundly fond of?

I feel very lucky that they have all been so different and have allowed me to learn many new skills and meet wonderful people. I really enjoyed the creative process on Humans — working out how a broken robot would move and see the world. Also, I really enjoyed learning to ice skate on my latest project — getting to do that every day was a lot of fun. 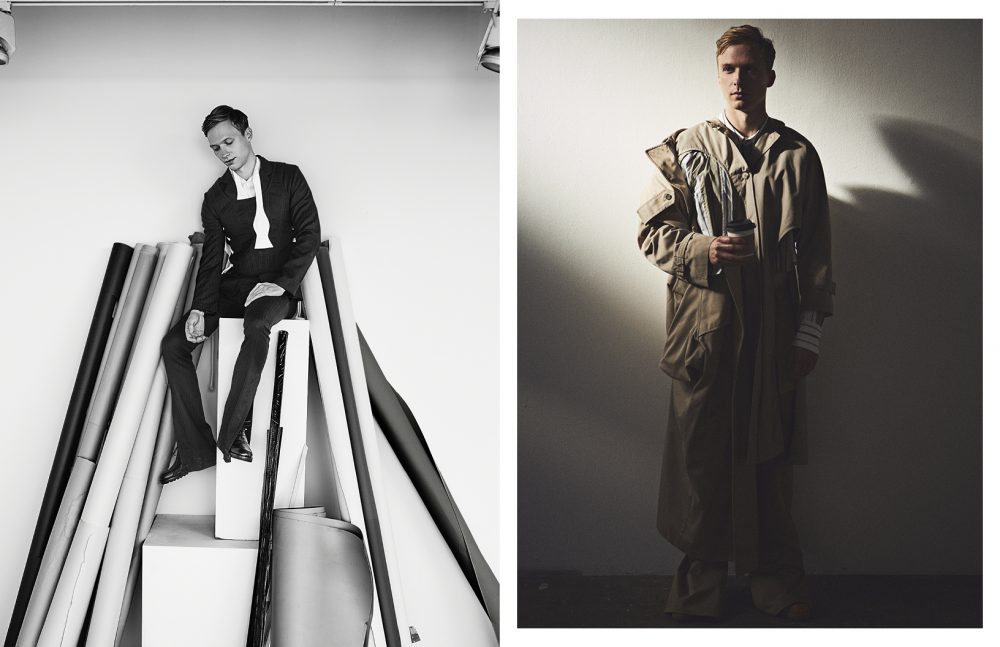 Do you have a preference of medium when it comes to TV versus film?

I think nowadays the two mediums are becoming more similar, what with TV attracting directors and actors who had typically worked solely on film. I suppose, sometimes film allows more time to delve into a scene than you can on TV — but TV is proving to be a brilliant storytelling medium because of the time it can give to developing story and character. I’d love to have a career that spans both.

What about theatre? Is it something you’re looking to go back in your career?

I would love to do more stage work — there is such joy to be found in the lengthy rehearsal periods and allowing to tell a story in its entirety in one night with the audience right there. It’s in my blood really so I look forward to doing some more soon!

Talking about film and TV, your next project is actually a TV movie: Torvill and Dean. What can you tell us about this film and particularly your role in it?

I play Christopher Dean and the movie tells the story of how Jayne Torvill and he met; their setbacks and successes on the way to Olympic greatness at the 1984 Sarajevo Winter Olympics. It’s a really wonderful story, and it was extraordinary to see the passion and dedication they showed — a dedication which led them to become the best in the world. 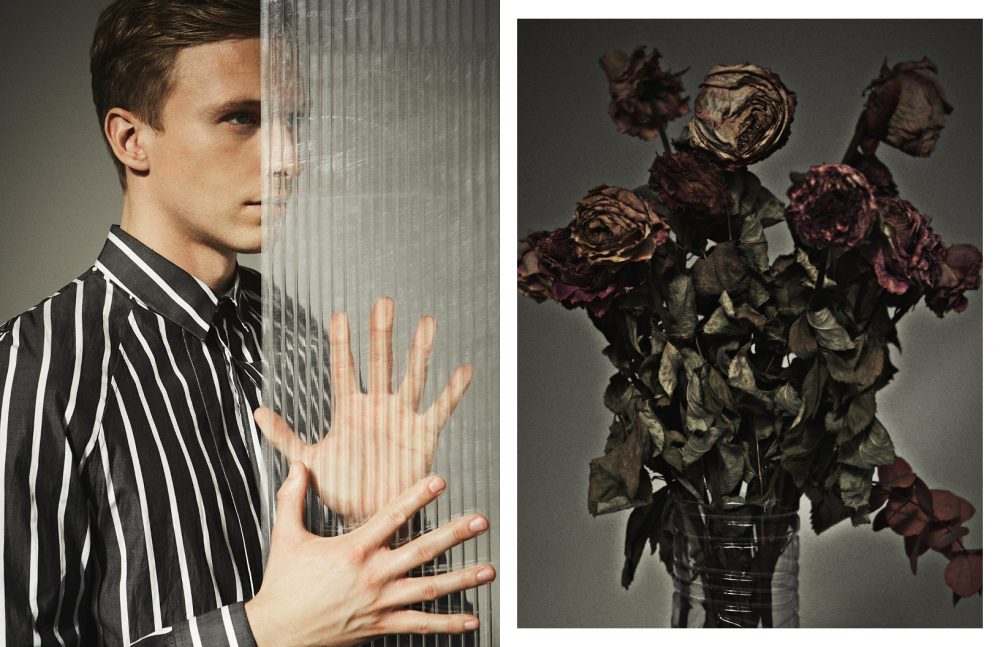 It is such an honour to play a real-life person, especially one who is a national treasure. In preparation, I watched countless videos of their interviews, their routines and any documentary I could find: books, documentaries on other skaters… Thankfully, because they’re such recognisable figures that the country really took to heart, there are lots of research materials about! The tricky thing was working out who they were as people — in interviews at that time they were very shy, and yet you’d then watch their routines and see this incredibly expressive, daring movement and it was fascinating trying to square the two.

I saw on your Instagram that you actually did a lot of training on ice… Had you ever taken such a hands-on approach for a role before? It’s kind of method-acting in a way…

That’s right, we had three weeks of ice-skating training before we began — it wasn’t something that either myself or Poppy had really done before so it was a bit of a baptism of fire! We both really enjoyed it though. I feel so lucky as an actor to be able to learn so many new skills as part of my job! We were also incredibly lucky to have been trained by the amazing Rob Burgerman, Nick Buckland and Penny Coomes; the latter two being Olympians themselves.

Another job that was comparable I suppose was Humans. We had “synth school” where we worked on creating a global movement language that all synths would use. I then had to reverse engineer this, with the help of the wonderful Dan O’Neill, to create Odi — a process and end-product that is very close to my heart.

I suppose it is like method acting, certainly on Torvill and Dean, there was so little time when we weren’t filming, we really were spending almost all of our time in character, having conversations in character as well. I am intrigued by method acting as an approach. I think there have to be boundaries though, as one’s own process should never infringe on another actor’s approach. 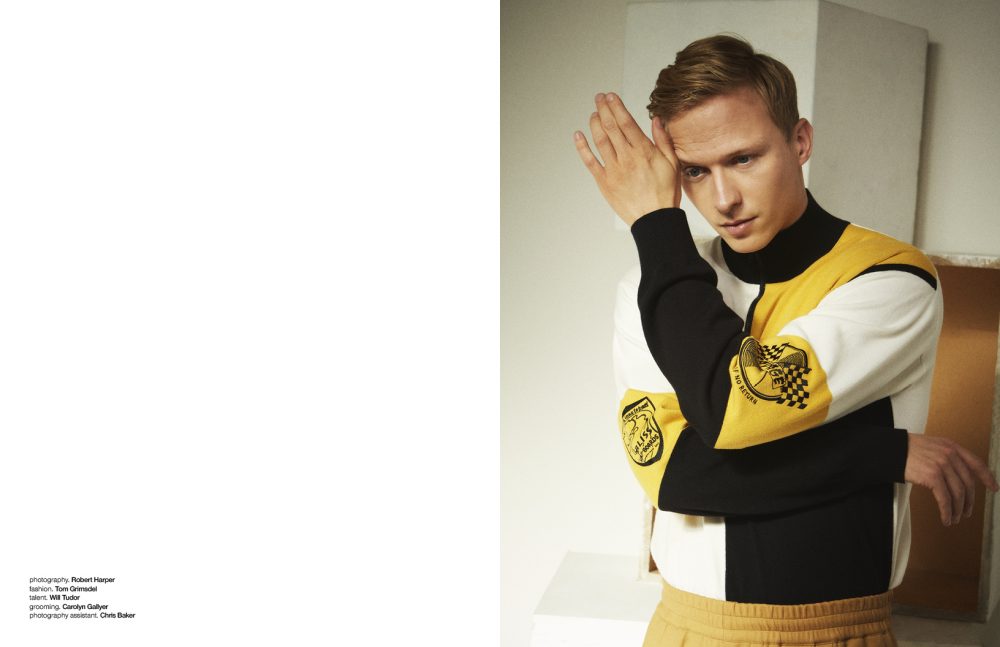 How was it working with Poppy Lee Friar?

Poppy was so wonderful to work with — we were very lucky actually that we got on well from the start, especially considering how much time we were going to have to spend together! We laughed a lot during filming and she was so open and generous. We had a lot of fun!

After Torvill and Dean comes out, do you have any other projects lined up?

I’m developing a script and working on music, as well as auditioning. That’s the strange thing about this job, you never know what’s coming around the corner. If you’d told me a week before my Torvill and Dean audition that I’d be ice-skating for 2 months, I never would have believed it!

‘Torvill and Dean’ will air on ITV this Christmas. Watch the trailer here.