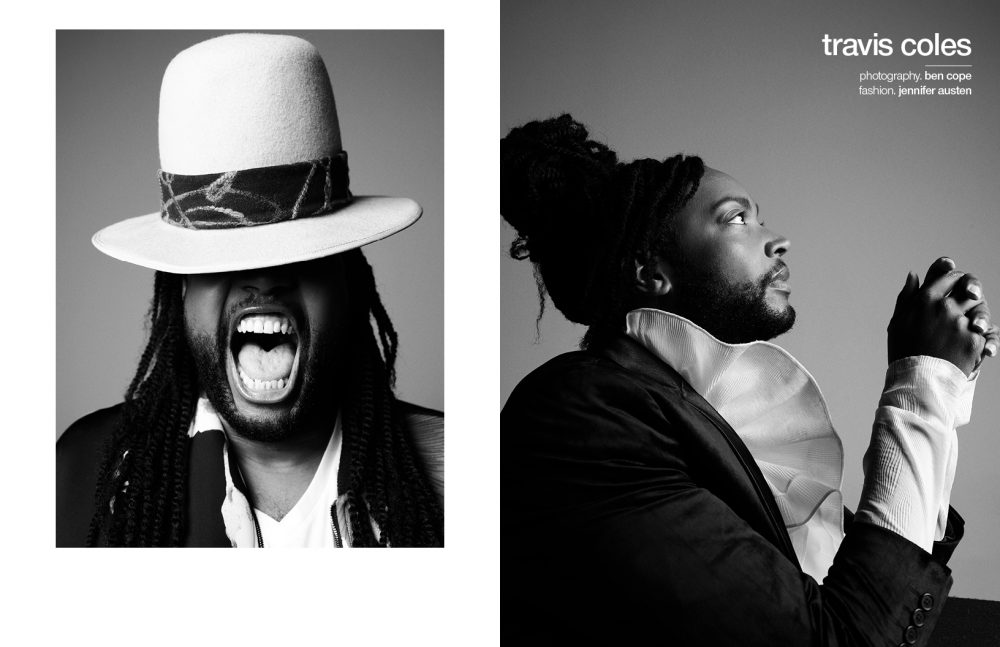 OWN’s David Makes Man exists in a category all its own. Executive produced by Michael B. Jordan and Oprah Winfrey, the show, which premiered in August, tells a range of stories not often heard in the mainstream media — centring its many narratives around 14-year-old David, a teen trying to escape poverty in Miami, Florida. A standout from the show’s already-acclaimed first series is Travis Coles, who plays the iconic Mx Elijah — a gender nonconforming person of colour who holds the series’ characters together through good times and bad.

“I didn’t have any genderqueer mentors growing up,” says Coles, “[and] a lot of my information came from glimpses of LGBTQ+ representation in the mainstream media, which was either hyper-sexualised or TV movie AIDS dramas. OMFG — I was way too young for all that.” That didn’t mean the actor’s early life was completely bereft of queer icons — they cite Jackée Harry, Diahann Carroll, Prince and Ursula of The Little Mermaid as formative figures of their youth.

After a childhood living in Texas, D.C. and Maryland, Coles eventually travelled to North Carolina for university, completing their studies at the University of North Carolina School of the Arts before beginning improv training in Los Angeles — their histories in these two areas frequently play off each other. “When I started [improv] years ago, I always tried to be clever or really grand with my comedy because I didn’t trust that my point of view or references would be relatable,” reveals Coles. “One day Will Hines, a UCB teacher and brilliant performer, told me to play the truth in a scene and respond with truth, and it changed the game!” This ethos carries into other areas of their life. “It turns out my perspective and what I have to offer is not only funny but fresh as hell!” 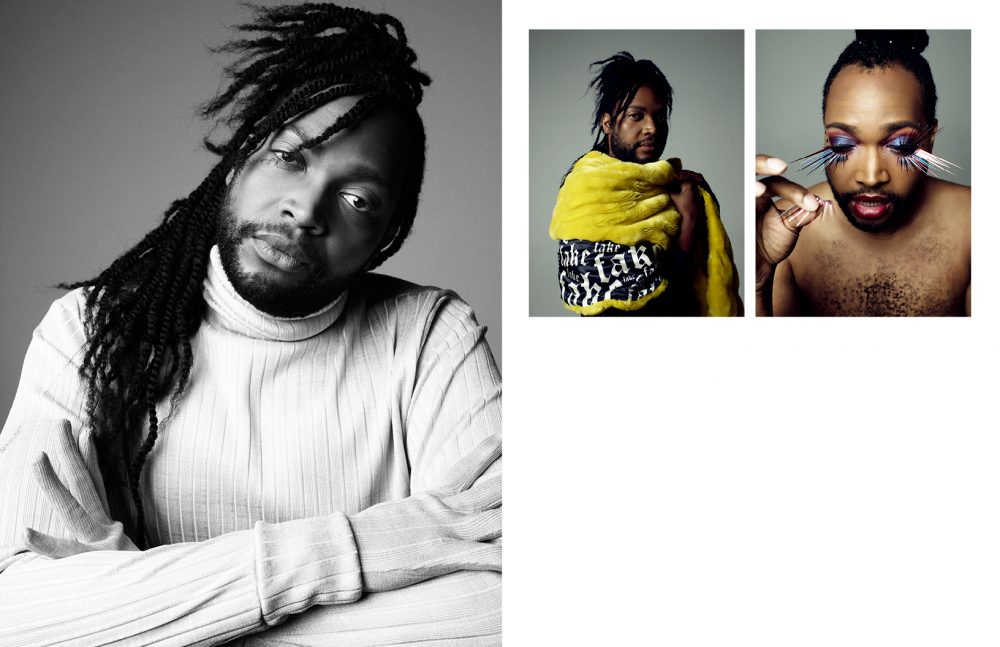 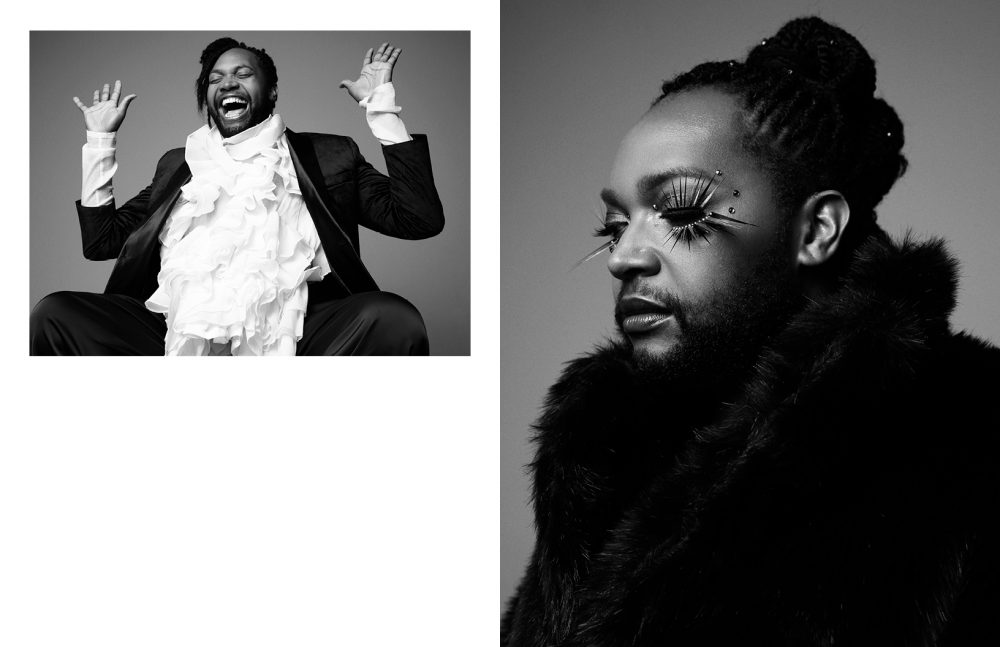 While Coles is an obvious best-fit for Mx Elijah, actually securing the role involved considerable physical and emotional labour. “I hit a rough patch in my work after an opportunity fell through, and I allowed myself to dive deep into depression,” the actor recounts. “But luckily a friend of mine helped me get connected and back to basics: gratitude, prayer, meditation, being service-oriented. One afternoon I received an audition for David Makes Man, and I went to a small cafe to read the pilot. I cried for a few minutes and really read it again.”

Voices like Mx Elijah aren’t often heard in mainstream media — a truth Coles recognised from the first reading. In response, they dressed for their audition and reminded themselves to be open and vulnerable at every step. “I didn’t know if I’d be a part of the show, but I knew I’d be a part of watching,” Coles remembers. “It was the first show that actually shined a light on pieces of myself I’d kept hidden for so long. So when I got the call that I was Mx Elijah, my world changed. I embarked on a seven-month journey in Orlando to create something special with a powerhouse cast and crew, and I’ll never be the same.” This full embodiment through the audition process paid off in more ways than one — Coles even shares that their audition fit “wasn’t too far off from the Mx Elijah aesthetic we see today.”

One of the honours of working on a show like David Makes Man is engaging with profound talent on a day-to-day basis. Tarell Alvin McCraney, the show’s creator, previously came to prominence as one of the co-writers of 2016’s Moonlight and is someone for whom Coles has deep respect. “Tarell is genuine, and he really gives back to the community he was raised in. Half of the people involved in this show grew up with him in Miami and he has a street named Moonlight in his neighbourhood. He’s a brilliant man who has a big heart, and he looks phenomenal in a pair of heels.” 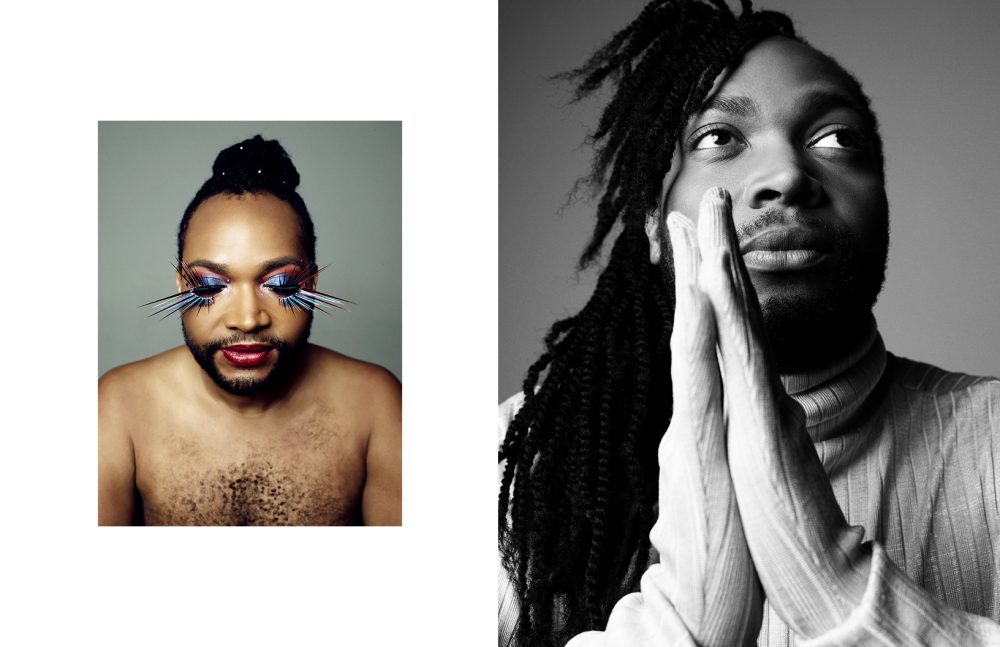 Apart from David Makes Man, Coles also has a prominent role in Liza On Demand, a YouTube Premium show that recently premiered its second season. “I lived with Liza and Kimiko during the course of filming… During Liza’s debut as a director, Kimiko and I snuck video footage of her directing so we could cut a video collage together. However, I’m really bad at editing, and the final product ended up looking like an in memoriam tribute segment,” recalls Coles with a laugh.

Besides acting, Coles makes a concerted effort to connect with others and the world around them, both practically and metaphysically. They read tarot (The Orisha Tarot, which they chose “at a crystal shop in North Hollywood”) and keep up-to-date with the various machinations of the stars through astrology (they follow several sites but are vocally approving of Co–Star). Apart from these explorations into the astral plane, Coles keeps grounded through a simple practice: “Sixteen seconds of mindful breathing can save you a lifetime of pain.”

When it comes to the future, however, Coles is unsure, but for good reason. “I mean, I don’t know how I’ll ever top getting interviewed by Oprah,” they laugh. “Truly, where do you go from there?” For now, David Makes Man has kept the actor busy and taught them a lot in the process. “I learned that fear and pain for me is a barometer for truth. There’s usually a very simple answer to where the feelings are coming from, and I have to deal with them” — a lesson everyone can share. 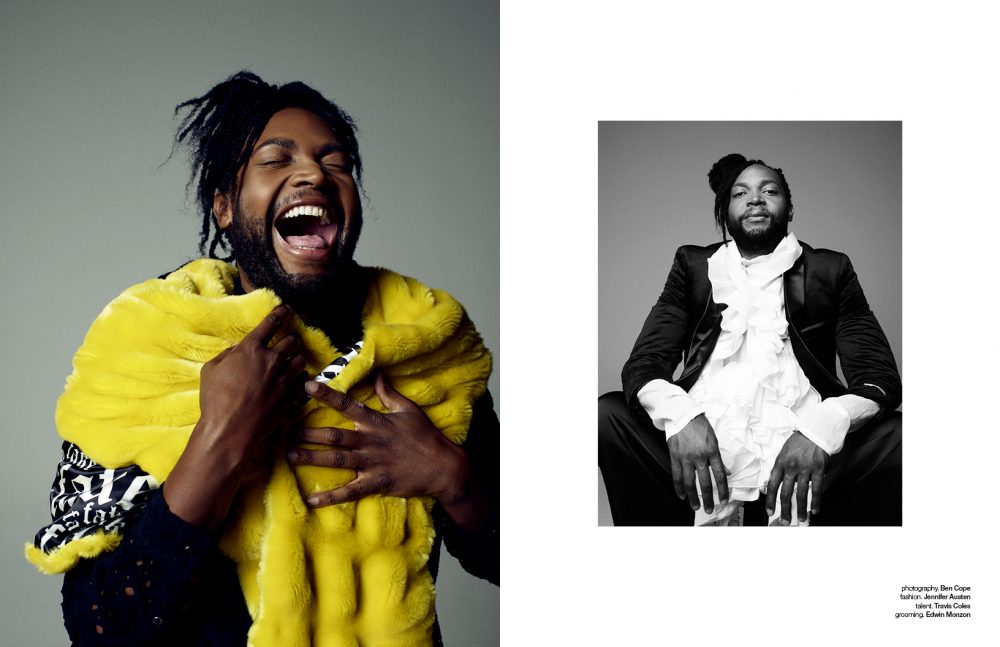 “David Makes Man” airs Wednesday nights on the OWN. The full second season of “Liza on Demand” is now streaming on YouTube Premium.