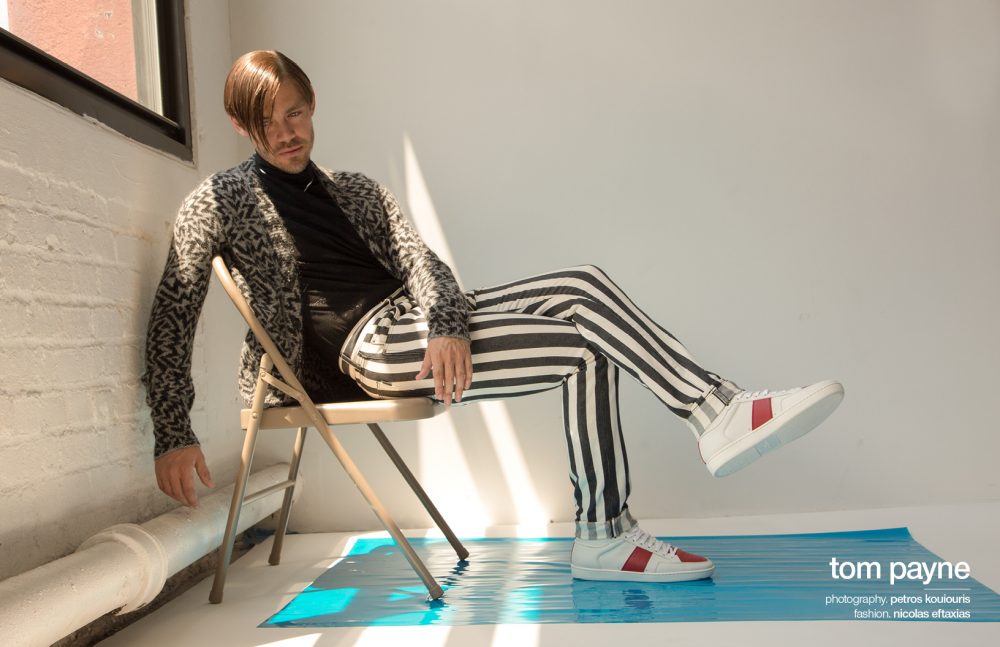 Despite hailing from Essex, 36-year-old Tom Payne has long traded the British countryside for American soil. Perhaps best known for his role as Paul Rovia (a.k.a. Jesus) on AMC’s The Walking Dead, a character he portrayed for four seasons since 2016 until he was — literally — stabbed in the back, Payne has been making waves stateside for a while and his new project, FOX’s Prodigal Son, will surely follow suit.

A troubled criminal psychologist enrapt with understanding the psyche of killers, Bright is the son of Martin Whitly (Michael Sheen) — an infamous and prolific serial killer known as “The Surgeon.” Dealing with themes such as redemption, empathy, and duality, the father-son dynamics take centre stage in Prodigal Son — complete with sharp flashbacks and taut one-on-ones.

Schön! caught up with Payne in time for the show’s premiere to discuss landing the role, working with Sheen, and the future of the series. 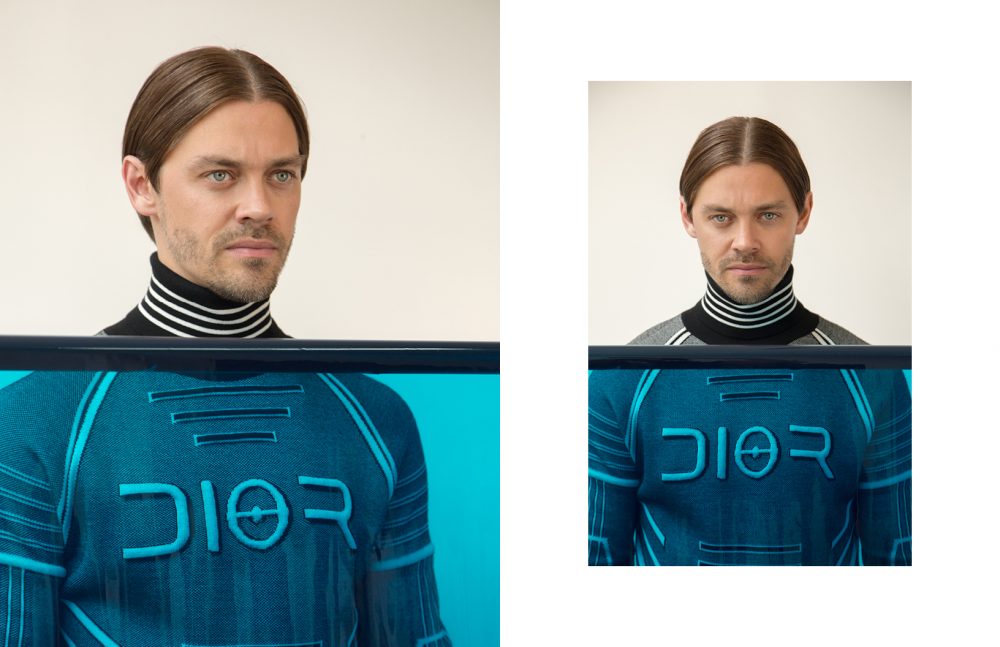 How did you become involved in Prodigal Son? When did you land the role?

The showrunner, Chris Fedak, and producer, Sarah Schechter, asked me if I’d like to meet up for a drink and discuss the project. That was February 2019. We started filming in March.

Was there something in particular about the project that made you take on the role of Malcolm?

It was a combination of a lot of things. There were some exciting names involved with Greg Berlanti and Sarah Schechter producing, Chris Fedak and Sam Sklaver creating, and then they were starting to put together a great cast. Michael Sheen was attached at that time and he was a huge draw for me. Then the character of Malcolm is so fascinating. So broken but so self-assured. 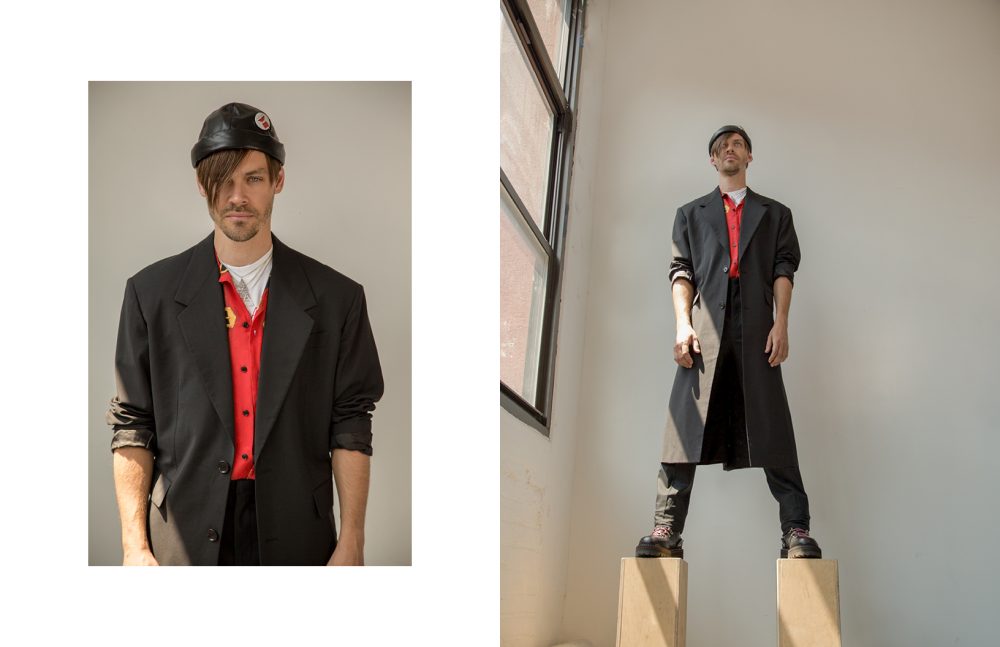 Coming from The Walking Dead, did you have any expectations as to what your next big role would be?

None. I knew that I was going to wait until the right thing came along. But I didn’t expect it to happen so quickly!

As it is, we will air before the next series of The Walking Dead so it feels like I never stopped working. I did know that I wanted a project that gave me a little more to do. Leading a television show has certainly kept me busy!

You’ve worked mainly on American TV, as of late. What do you feel series now offer that makes them so appealing and engaging to viewers?

Time. There is more time to tell the story and for people to get to know the characters. When you have more time you can explore all of the different characters in the story in a more in-depth way. We have such a wonderful cast and I can’t wait for everyone’s characters to flourish.

The series only comes out today and, hopefully, you stay with Malcolm for a while but would you want to explore film more in upcoming projects?

I would. I enjoy telling a neat story in the running time of a movie. I also like working on one story for a finite amount of time. In TV, you have a different story each week! 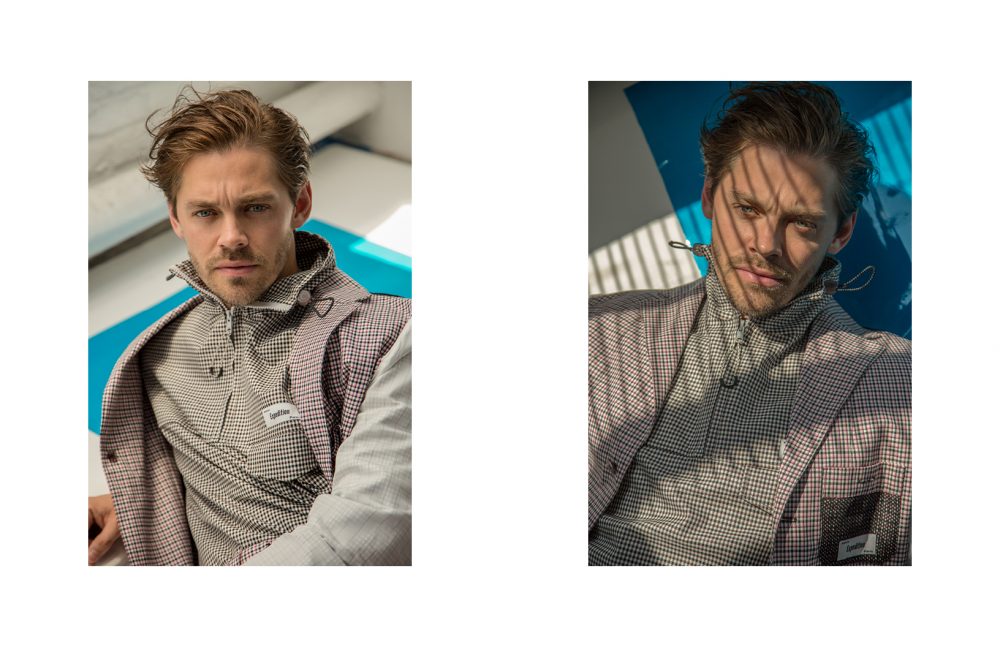 Going back to Prodigal Son, how did you prepare for the role?

There is a plethora of material available. People’s fascination with serial killers seems to be at its height right now. Specifically, I listened to a podcast called Happy Face about the daughter of the “Happy Face Killer” and her journey into her father’s crimes and how they affected her and her family.

Interesting! The show has a slight Hannibal-like feel to it. I read on your IMDb that you actually auditioned for the role of Hannibal a while back so it’s kind of a full-circle moment for you. Has it always been an ambition of yours to bring to life a psychological crime drama?

Honestly, it’s great for me to bring a bit of darkness into my acting. That audition process for the Hannibal Lecter movie — [which was called] Hannibal Rising — was my first of that kind but since then I tended to play nice guys.

In the role of Malcolm, I can play both things. He’s a nice guy but he has a lot of pain and that can manifest in different ways. I don’t like to make myself any specific plans with regards to my career but I would say that I’d like to try every genre. Variety is the spice of life!

From the get-go, it’s clear that Malcolm is a very complex character — from his childhood background to his pavor nocturnus. What has been the most challenging part of stepping into Malcolm’s shoes?

Stepping into his pain has been hard. I realised that every scene with Michael [Sheen] is exhausting because he is carrying so much tension and hurt in those scenes. Ultimately, he just wants his dad to be a dad. The wonderful dad he remembers from his youth, not the monster he ended up being. Like all of us, he is trying to connect with his parents in a human way, but he has a larger obstacle — to put it mildly — than most.

If you had to how would you describe Malcolm? 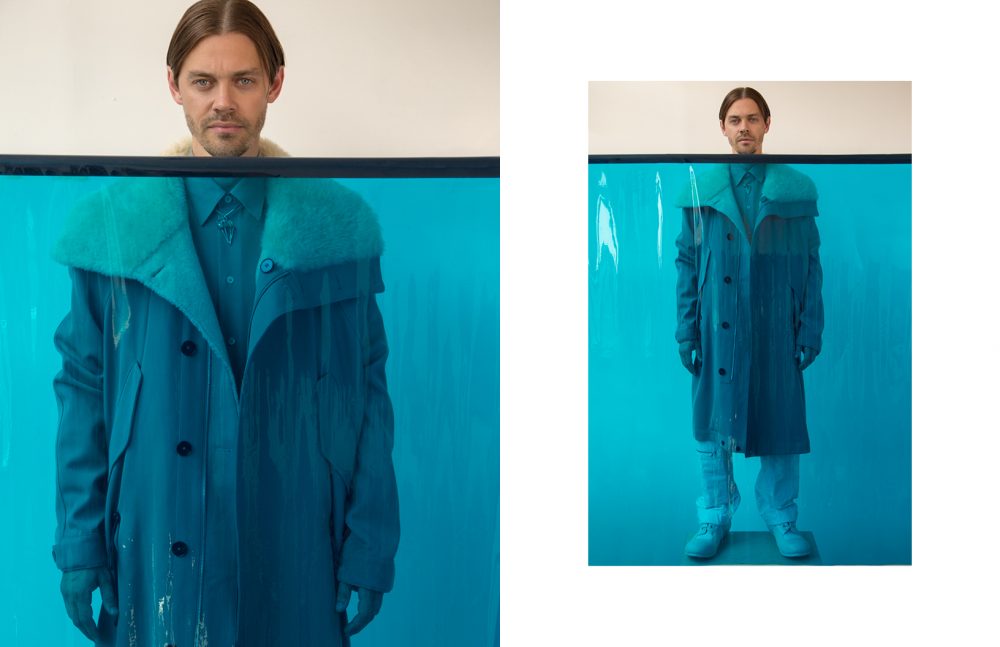 There’s a really strong duality in Malcolm that’s made perhaps even more evident after the euphoric bomb moment in the pilot — he’s empathic but analytic. How did you psyche him? Where did you pull from to portray him?

He loses himself in his work. It’s the one thing that can centre him. He threw himself into the world of serial killers in an attempt to understand his father’s pathology and genesis. But now it has become his life’s work. There wasn’t one thing, in particular, I pulled from. The show has a lot of common threads that we all deal with in life. Then these are exacerbated by the serial killer aspect which heightens the stakes in every way.

You share a considerable amount of screentime with Michael Sheen in deep conversation in prison. How is it working with him?

Wonderful. When I found out I got the part one of the things I was most excited about was doing those scenes. Michael is an actor’s actor and he’s just dependably good. Doing those scenes is like being in the gym. It’s what you long for as an actor. Two people trading thoughts and emotions with a very strong subtext. It’s bliss. 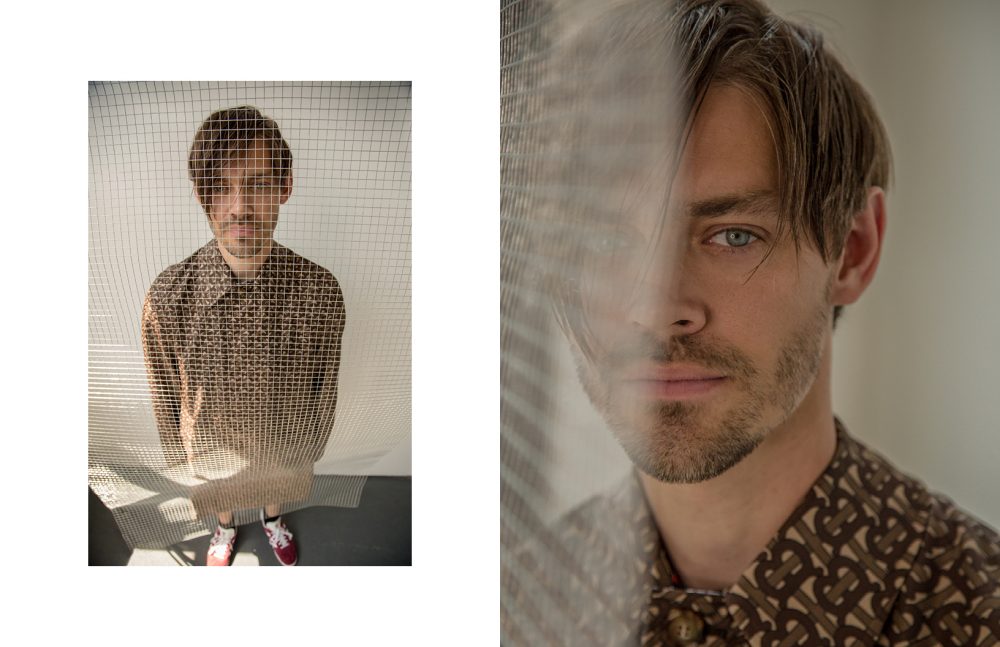 How’d you describe the dynamic between Malcolm and Martin?

Will we see their relationship develop further after the pilot?

You will. But maybe not in a way either of them designed…

Apart from the murder and psychology aspect of the series, family is also very much at the core of the story. Without spoiling anything, what do you feel would be the most interesting thing that’d come out of that?

Well, Malcolm is of course not the only member of this family affected by his father’s crimes. Jessica — played by Bellamy Young — and Ainslie — played by Halston Sage — are also both strongly influenced by past events. The family dynamics are really the beating heart of the show. So seeing how each of them deal with their past will be interesting.

Lastly, what are you most excited for viewers to see as the series advances?

I’m excited for people to step into the world of the show and become as twisted and manipulated as all of our characters have found themselves. 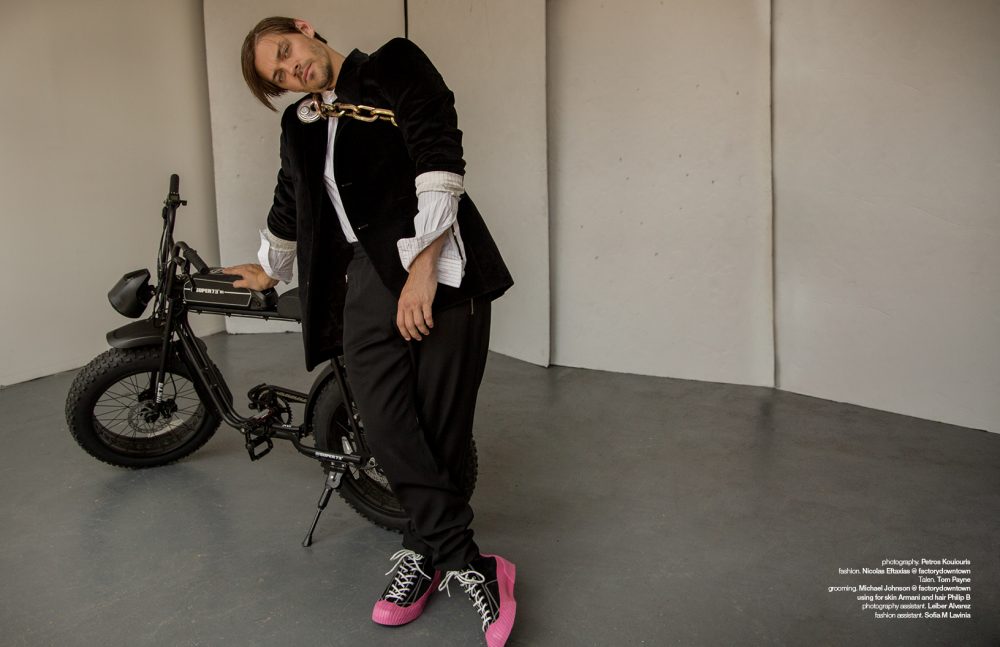