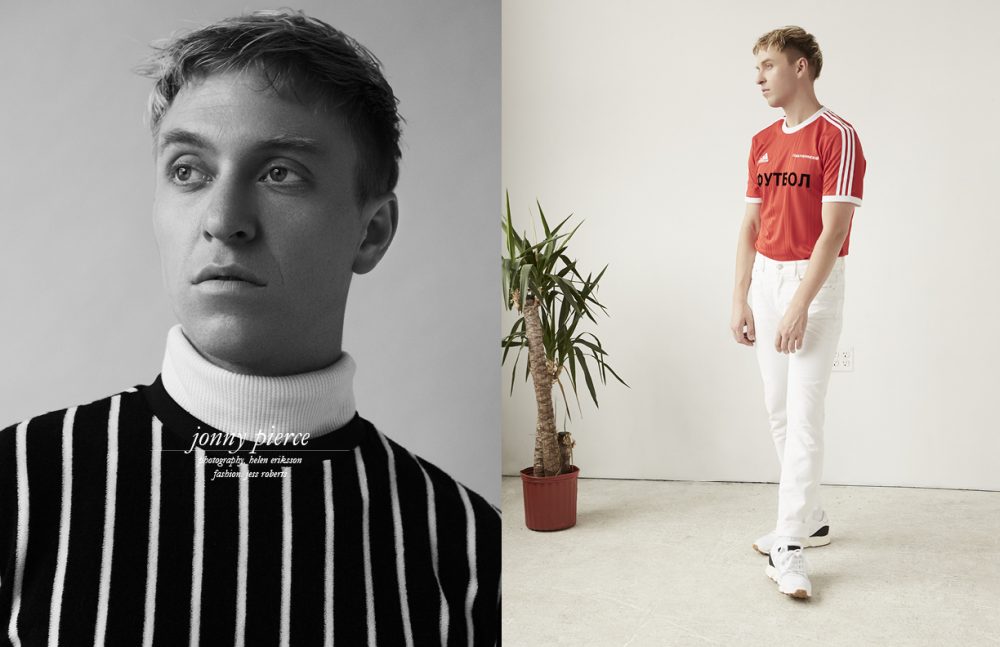 When The Drums released their first EP – Summertime! – in 2009, critics beckoned these newcomers as the future wave in the alternative, indie genre, as they came flooding in from New York with an uncategorisably fresh sound. Pitchfork and NME flocked to their sides to flank the four-piece act, and the successes came piling in. Fast-forward to 2017, and The Drums return with “Abysmal Thoughts”, the fourth album in the band’s discography, signalling a new era in their portfolio. New chapter insofar as Jonny Pierce now stands as the sole band member, as Jacob Graham – his founding partner – left on the search for pastures new. Reflecting now, post-split, Jonny reveals the process of creating the album solo. Song-writing has been the strength of Pierce’s project – so, no mystery now that alone under the moniker, creatively his hands have been freed. His unbridled desire to explore spaces, themes and sounds previously harnessed under the union with other band members unveils an album that is at once freeing, guttural and acutely intimate. Exploring issues of sexuality, vulnerability and cathartic processes, “Abysmal Thoughts” – appropriately named, with possible references to theories of eternal repetition in Nietzsche’s Thus Spoke Zarathustra – takes us deep into the personal, with a new found creative freedom.

What were your main ambitions for the album?

When I started the new album, I have to admit, I was in a pretty dark place and I was also very afraid to start the album. It had been some time since the last release, and in that time I had gone through a lot. I had stopped talking to my family because of their anti-gay religious views and at the same time, the marriage I was a part of began to dissolve – ending in divorce.

I started drinking a lot. I started throwing myself into really bad situations to forget who I was. I was at a place that I would not wish on anyone else. Feeling completely alone and very scared. I knew that I had a lot to express in the new album, but I also knew that I would not be able to express myself in the ultra-personal and detail oriented way that I wanted to – mainly because at the time, Jacob was still in the band. This is not meant as an attack on Jacob. I care about Jacob. I always have. I just think that Jacob’s idea of what was artistically appropriate and my idea of what was and is artistically appropriate were and are very different.

So when I started writing “Abysmal Thoughts”, I was really getting frustrated. The first few demos I wrote felt so incredibly dull. The material had nothing to do with all the pain I was holding. I think I had written about 6 or 7 fully formed songs and with each empty song, I felt more and more useless as an artist. Then – like a gift from baby fucking Jesus Christ himself, Jacob surprised me and quit the band. He told me he wanted to pursue other passions. I didn’t fight him for even a minute. I knew this was my chance to do something great. I started to pour my heart out. Three decades of confusion started to pour out and the record started to write itself. 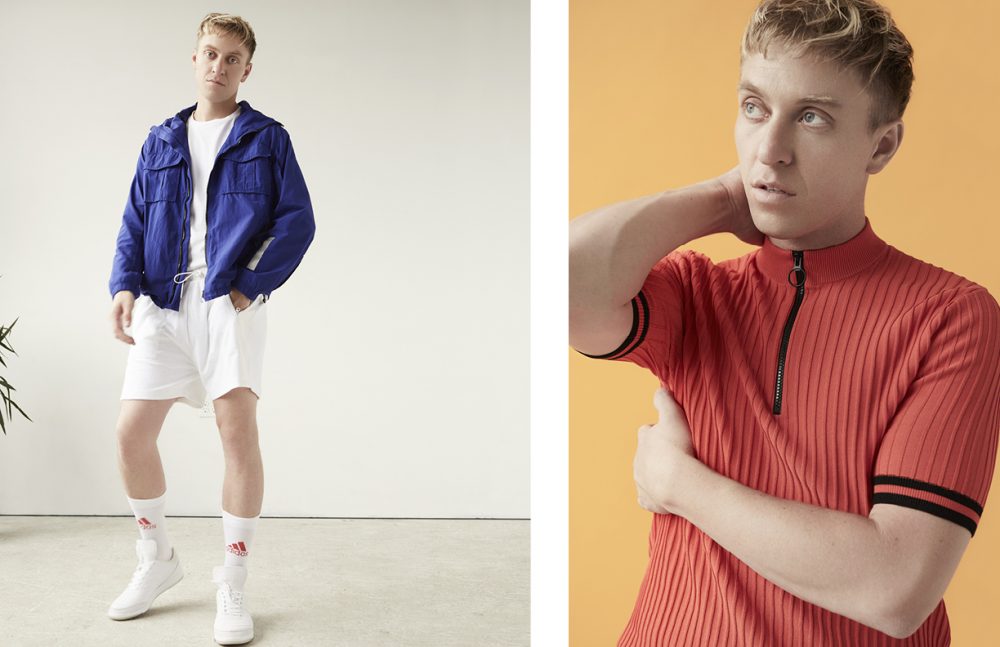 I’m not sure if this album was about heartbreak as much as it was about the actual brokenness of my soul. It feels deeper than heartbreak. I’ve put out heartbreak albums before. “Abysmal Thoughts” is about exploring my past, being honest about it and then turning to the here and now. I often refer to this album as a twelve-part series of therapy sessions. I poured my thoughts into each song. I didn’t hold back. As I completed each song, I felt my soul heal more and more. It was completely transformative. I mean, don’t get me wrong – I still have a long way to go, but I have a new confidence that is completely exotic to me. I have a better self-awareness and a different outlook on life. Sure, I am still depressed, but I know how to manage it a little bit more. It really all comes down to expression.

What were the pressures of releasing an album solo?

I would be lying if I didn’t say I felt pressure. I would also be lying if I said I didn’t love and absolutely need that pressure. I’ve always worked really well under pressure. I like when my life is “back-to-back”. It’s the wide-open spaces of time that depress me and scare me. When everything feels comfortable, when there is nothing to prove; that is when I suffer as an artist. Some would say that is a curse – that in order to make good music, one needs to suffer or feel a pinch, but I don’t mind it at all. I’ve lived a very colourful life and it’s not going to stop being colourful anytime soon. The key is to be honest about it in your work. That is what keeps you relevant. That is why I can make a fourth album and start work on a fifth.

Anti was the first label that I have ever been on where I felt truly understood – as an artist and as a person. In my first meeting with them, they told me “Jonny you are a weirdo. You are a freak and we like freaks. You don’t belong in any genre. You have always just done your own thing and we appreciate that about you”. I was sold. This was a label that was completely fine with me being simply myself. Nothing more and nothing less. 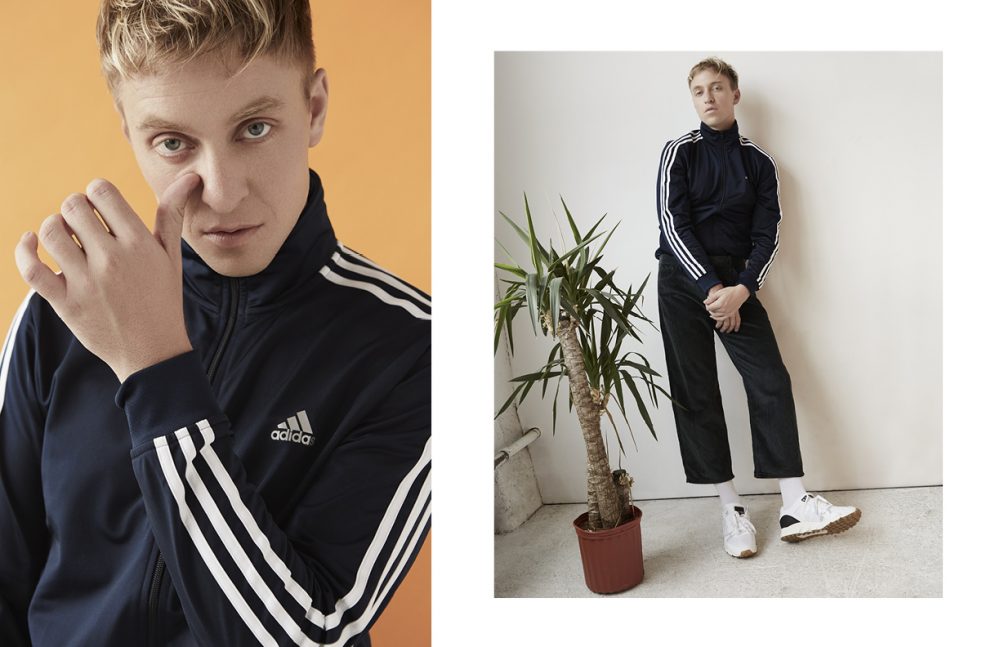 Releasing the album under Anti, has the process differed from before?

Just having a label that listens is really refreshing. I mean, don’t get me wrong – I have never signed with a label – big or small – that would stop me from doing exactly what I want to do artistically, but the difference here is that Anti “gets it.” They don’t just help me but they also understand the art I am making and I think it makes them even more excited to be a part of it and to support it.

Does the cover of “Abysmal Thoughts” – with your boyfriend depicted on it – stand as a sign of a new chapter?

Of course. If Jacob was still in the band, I can almost certainly promise you that there would be a different cover. He liked to lean towards innocence, but really there is nothing innocent about me. Making this album didn’t stop at just the music. I also connected and put together the artwork for the album. I have always been pretty sexually driven. People compare me to Morrissey often and I guess this is where he and I differ very much. I love sex. I love hot boys. I love my boyfriend. I think he’s sweet and wonderful, I love fucking him and having him fuck me and I want to portray that. Being honest is the only way to go from here on out.

As you’ve explained, you’ve been able to explore new areas now – such as sex, sexuality, identity – how has this new writing material transcribed, musically?

Well, just as the lyrics of the album are more vivid, I also wanted the sounds to also sound more vivid. So, I brought the album to a sound engineer and he and I worked through every single sound to make sure it was sounding exactly how we wanted it to sound. The result is a more colourful sounding record. There are more dynamics. The bass is much more heavy than on previous albums. The vocals are more present and less washed out. It’s a much more thrilling ride. I also started fooling around with extra curricular instruments such as saxophone, trumpet, lap steel guitar, and percussion. Hell, I even played a coach sport’s whistle. 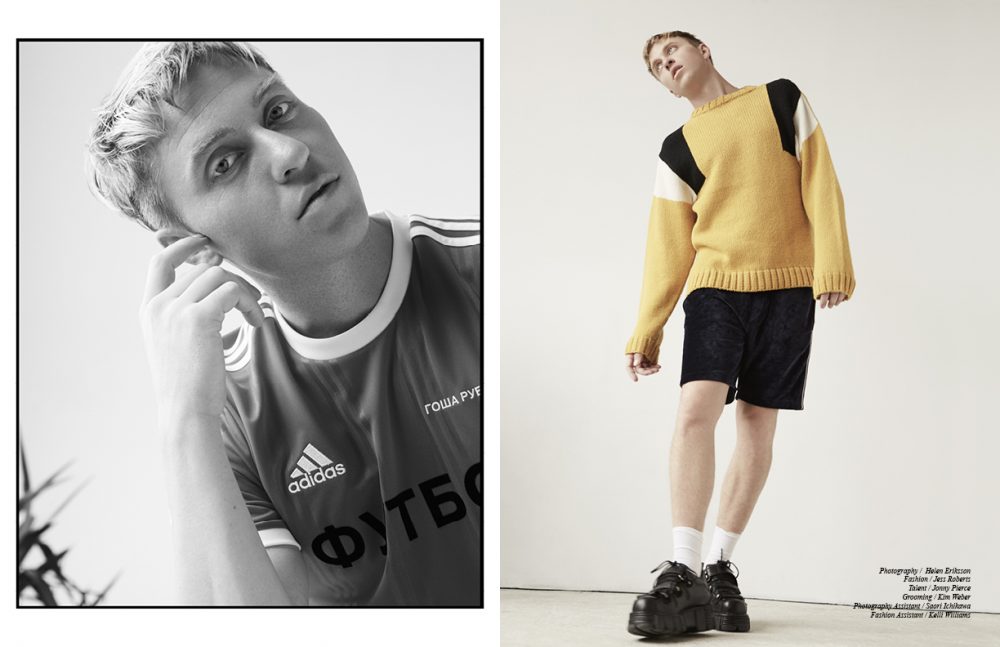 You’ve explored vulnerability previously – do you think it is important to find a voice for queer identities in relation to these insecurities?

I’ve always felt like I was a minority within a minority. I’ve never felt like a was a part of any gay scene. My boyfriend and I talk about this all the time. We make music and we hang out. We paint and we plant trees. We like dogs and hiking. We don’t care about high fashion very much. We don’t like being mean or “fierce” or dragging people.  We don’t care about being fabulous. What we do like to do is to be expressive, show love, and live with empathy and compassion.

In New York City, we have found it hard to find like-minded gay people. It’s hard to find people who will make themselves vulnerable. It’s hard to find people who can admit that they are broken. There is so much pressure these days to appear to have everything figured out. The new album is the opposite of all that. I hope that it can help in someway. Maybe the album can be a reminder that we are all just people at the end of the day who want love and who are afraid.

You’ve stated that you are learning to live minimally with your boyfriend. How is it impacting your life?

Living minimal is great on the head, heart and wallet. I spend less time worry about little things, cleaning things, moving things around, buying things, returning things, replacing things, selling things, breaking things, and wanting things. I have learned that most of our daily life consists of doing all of that. All for things. When you take things out of your life and you don’t bring things into your life, you suddenly have space for important stuff like conversation, eye-to-eye contact, honesty, communication… oh, and sex.

What do you see for the future of The Drums?

As long as I have something real to say, I will keep making records. When I think I’ve said it all, I will go away. I promise.

“Abysmal Thoughts” is Out Now via Anti and is available here. The Drums will be on tour in the UK in Oct 2017 – dates here.