In just five short seasons, London based designers Catherine Teatum and Rob Jones of Teatum Jones have gone from virtual obscurity to a highly successful force to be reckoned with; steadily building a growing fan base with their digital prints and textured fabrics. We spoke to Catherine about the latest collection from this talented team and learned some of the secrets to the successful partnership that keeps the brand going strong. 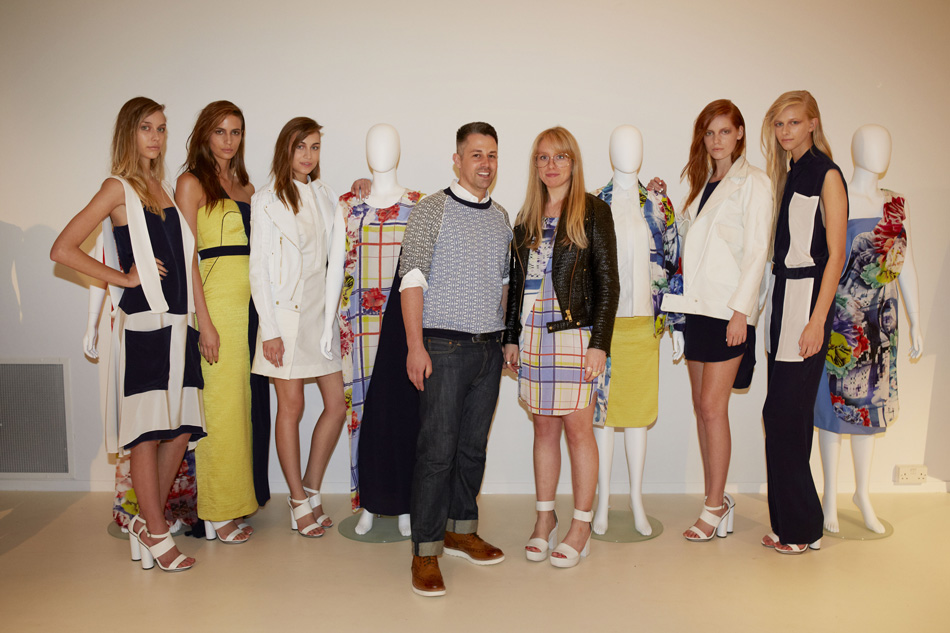 What was the inspiration behind the SS14 collection?

We started to think about the woman. Who is she? What situations was she in? It was more than a demographic. It was really about her frame of mind. There is a real shared attitude of these very pragmatic women. Very determined. Successful in what they do but not necessarily ball breaking. She’s able and comfortable to show vulnerability because she understands that there’s strength in that. And we naturally started to look at photos of our mothers from when we were younger, so we ended up naming the collection after them, Jackie and Mary Ellen.

You and Rob worked in Menswear before forming your eponymous line and designing for women. Is this the reason why you seem to blend masculinity and femininity so well in your collections? 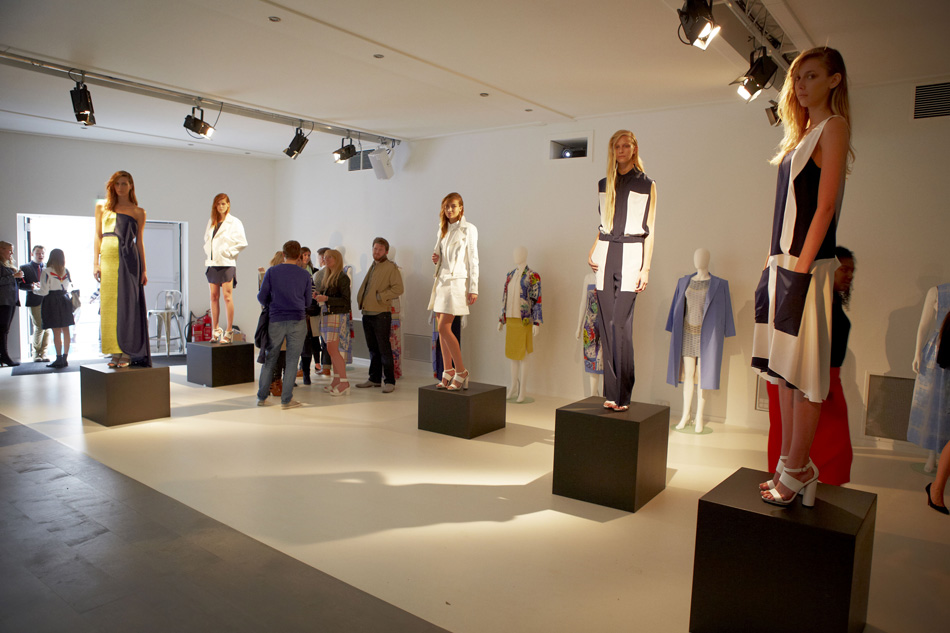 Is there a Menswear line in the future?

I’d like to think it’s inevitable. For the first time, Rob had a Teatum Jones jumper on this season because we’ve introduced knitwear for the SS14 collection and we’ve taken the patterns for the jumpers from Rob’s actual clothes. So I think it will come, it just needs to be at the right point in the business.

Teatum Jones has achieved a lot of success over the past five seasons. What makes the two of you work so well together?

At the heart of it we both have the same work ethic. We both have similar sorts of backgrounds. We come from families that have run their own businesses. So neither of us has a fear of working hard but we have to cap it because we’re both workaholics. Also because we’re able to rally together and just laugh through all the stupidity and the mistakes. They’re going to happen anyway so if you can laugh at it, it’s so much better than taking it too seriously and getting stressed the whole time.

It seems you have a strong narrative behind your collections. How have you been able to develop this knack for storytelling?

I have an Irish background and storytelling is such a massive part of the Irish culture. I spent a lot of time in Ireland when I was younger and that is the main source of entertainment. I remember being in my early teens in the house where my father grew up where we didn’t have a TV. We only had a radio. Conversation and the spoken word were central to how information was passed on. I would listen to stories that had been passed down through the generations and were kept with us through great, great, great grandparents. And growing up in London, there’s so much history in this country. (Rob and I) both have an absolute love of history and we’ve got an amazing regal system that is just over the top and ridiculous but you can’t help but love it. You can go to the Tower of London, which we did for our first collection, and you have stories that go back to the 1300s. 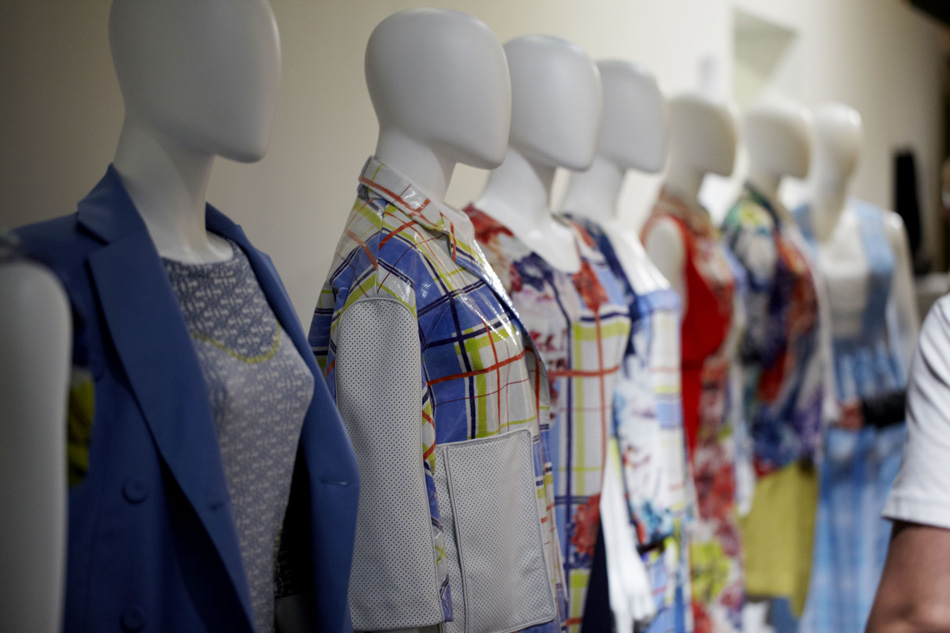 Who are some of your musical influences and what effect have they had on your designs?

Every single season Nina Simone has been in the show music. And we love music that induces emotion, which is why we always look at film score music. So Philip Glass, Thomas Newman, Rachel Portman. We also had the whole garage music, which was very much a West London thing. We’ll go from listening to university lectures on BBC Radio 4 one minute to Daft Punk the next. That’s the two worlds that we’ve pulled from and I think that influences the way we design as well.

What will you do now that London Fashion Week is over to relax and unwind?

After we get all the sales and everything racked up I’m going on holiday. One of my best friends is traveling in Malaysia and I’m also going to make a make a trip to Nashville. I have this thing at the moment. I just want to go. 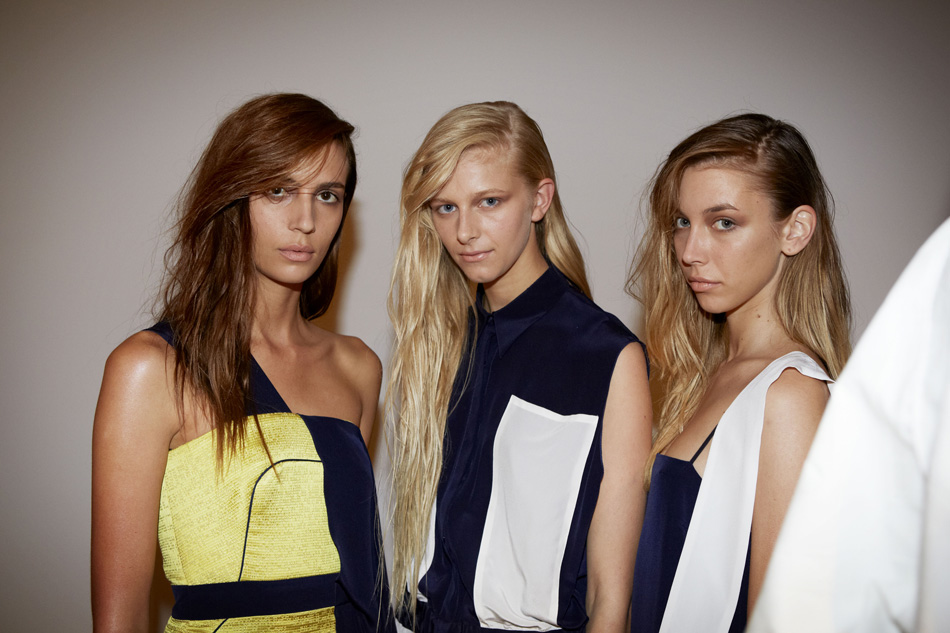