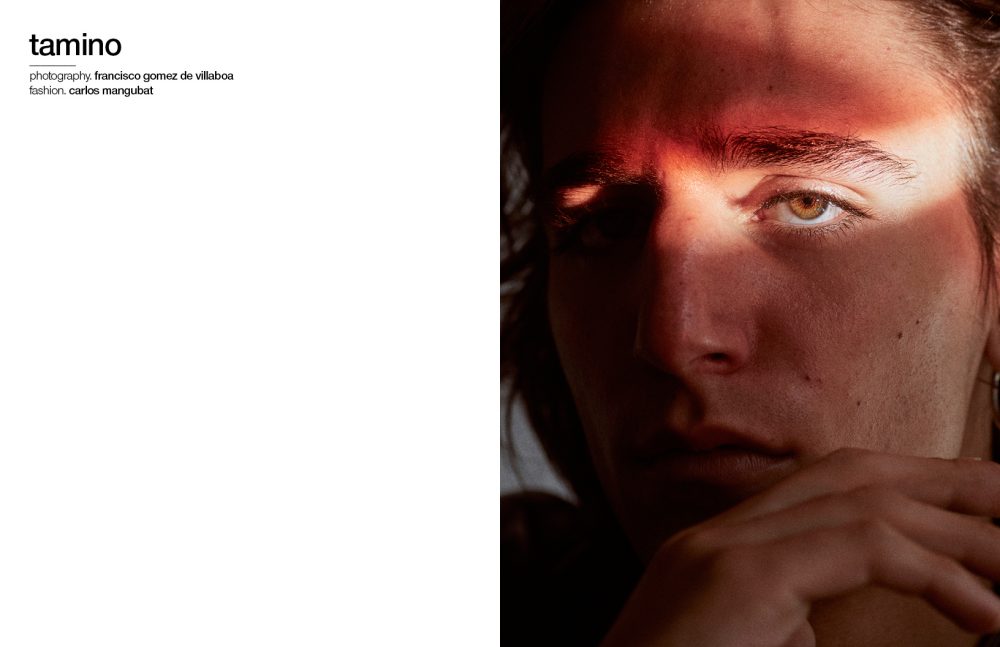 Tamino doesn’t want to impress you. He wants to move you. “I just don’t like virtuosity being used as a means of showing off,” he says while discussing one of his favourite composers, Erik Satie. “I prefer to go to a concert of someone who can only play three chords on the guitar, but who moves me, than to go to see someone play 3000 notes in one minute, but doesn’t move me in any way. Same goes for singers.”

It follows that even though Tamino’s voice has a remarkable range, you won’t hear him jumping octaves on his debut album, Amir, without good reason. This discretion makes the moments when Tamino does reveal the full scope of his vocal talent, such as the gorgeous falsetto he employs in the chorus of Sun May Shine and the outro of album opener, Habibi, even more stunning. “The perfect combination of course is when you have skills and you can use them at the right times, in function of your music, and not in function of showing what you’ve got.” 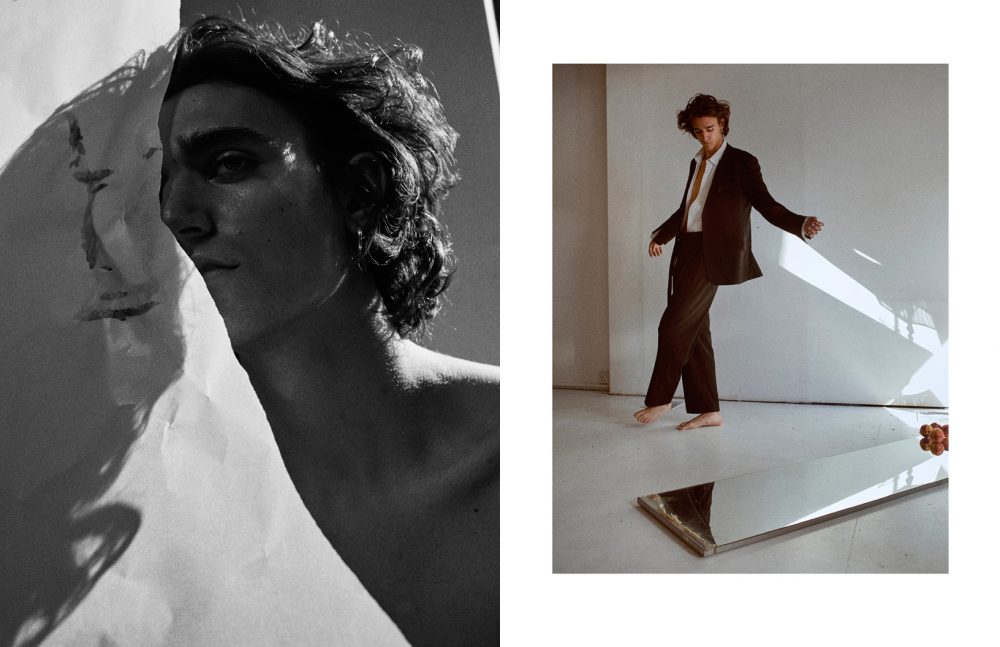 Amir, which was released just last week, is heavy on reverb and romance. Moody, spare guitar lines are accompanied by orchestral flourishes and, of course, Tamino’s own powerful voice. The result is a sound as dynamic as it is introspective. Throughout the album, Tamiro uses “romance as a rebellion against one’s own apathy, but also against the coldness and the fastness which can sometimes be the world around you.” He is primarily interested in arousing the emotions of his audience, and says he hopes the album reaches “those who are in need of it but don’t know they need it yet.” He continues by saying: “I often hear from listeners that they feel things they’ve never felt before while listening to my music. I think that’s a compliment. I hope they find something of themselves in the music.” 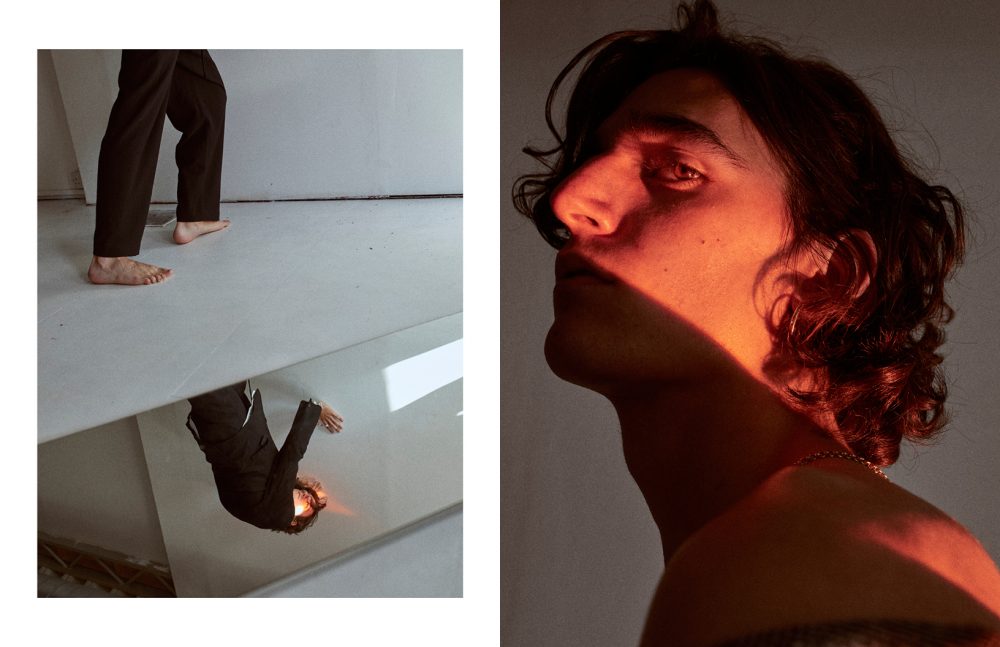 From a young age, Tamino has always felt in touch with his voice as an artist. “Of course I learn every day, and over the years I’ve learned so many things,” he says. “But I do feel a strong connection to a certain essence within me, from which I always work and make decisions.” As a child in Belgium, he played the piano and studied classical music, while his mom, a music enthusiast who chose the name ‘Tamino’ after the protagonist of Mozart’s The Magic Flute, introduced him to records which would go on to become lifelong influences. “We always had music playing in the house. My mom has a great taste and showed me a wide range of things: Classical & Arabic music, but also Jazz, Serge Gainsbourg, Tom Waits, or The Beatles.” Traces of the music from his childhood frequently spring up throughout Amir. In his song Cigar, Tamino interpolates the vocal melody from The Beatles’ Hey Jude. 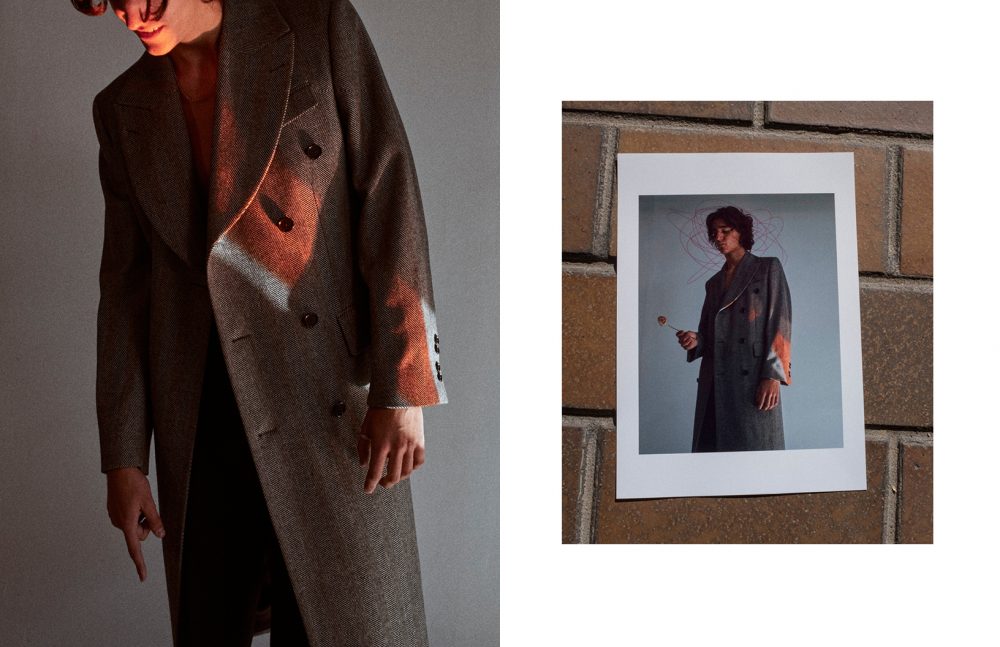 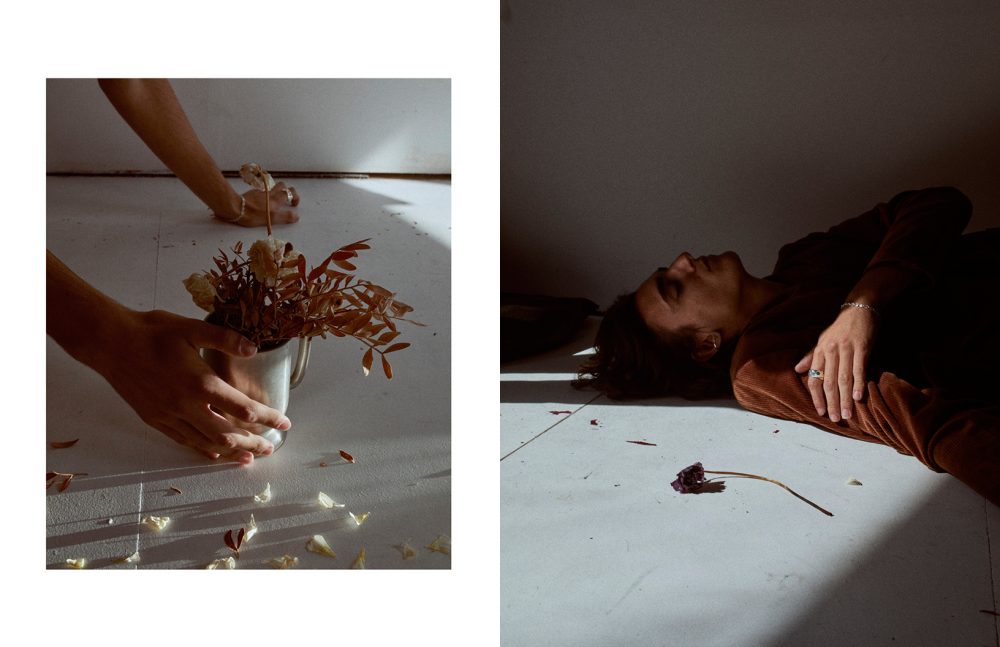 Tamino also grew up listening to the music of his grandfather, the Egyptian singer and actor Moharum Fouad, who was at the height of his fame during the ’50s and ’60s — which Tamino reveals is considered the “golden age” of Arabic music. This particular era of music has always drawn Tamino’s interest. He says he thinks his “attraction towards Arabic music is a result of genes, taste, and upbringing.” When he began incorporating quarter tones, a common feature in Arabic music, into his singing style, it came naturally, even though such tones were largely absent from the classical music he was brought up studying and performing. 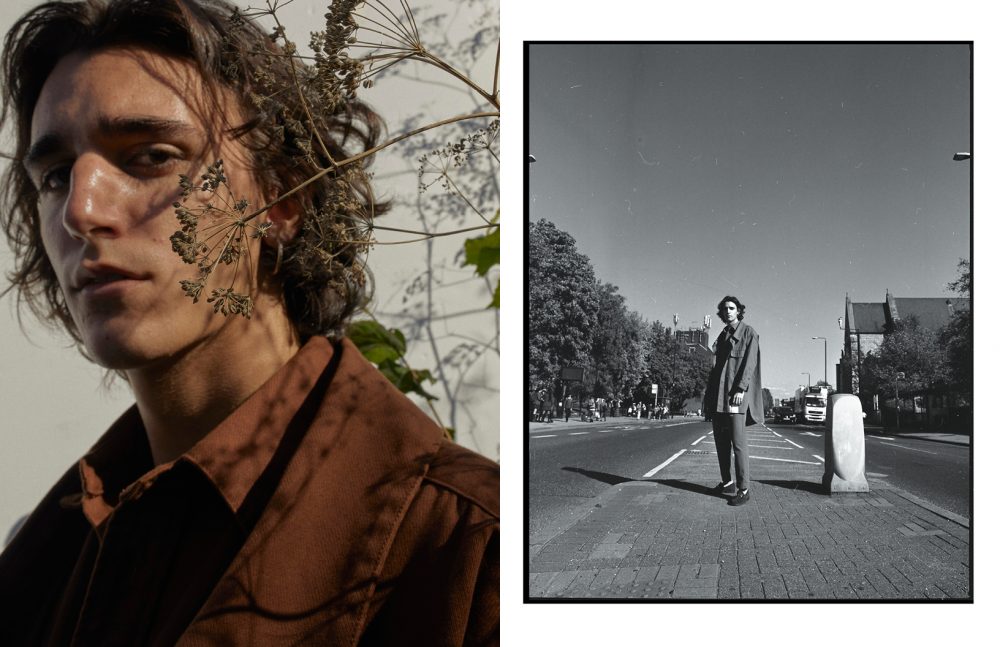 For Amir, Tamino knew that he wanted to work with an Arabic orchestra in order to recall the sound of firqas, a kind of musical ensemble popular during the golden age. With help from Nagham Zikrayat, a small Arabic orchestra based in Brussels, he was able to realize this vision. However, Tamino had to turn down the ensemble’s original offer for collaboration.

“[Nagham Zikrayat] organize evenings where they play a part of the repertoire of a famous Arabic singer. They wanted to do this with the music of my grandfather and asked me to sing, but I kindly declined because I didn’t feel comfortable enough doing it,” he reveals. “I don’t speak Arabic so I would’ve to have learned the songs phonetically and didn’t feel ready to sing my grandfather’s extraordinary songs.” Still, Tamino knew that he wanted to work with the orchestra in some other way. “I returned the question and asked if they wanted to play on my album. And, thankfully, they said yes.” Now, Tamino says that the groups influence on Amir comprises “a big part of the record.” 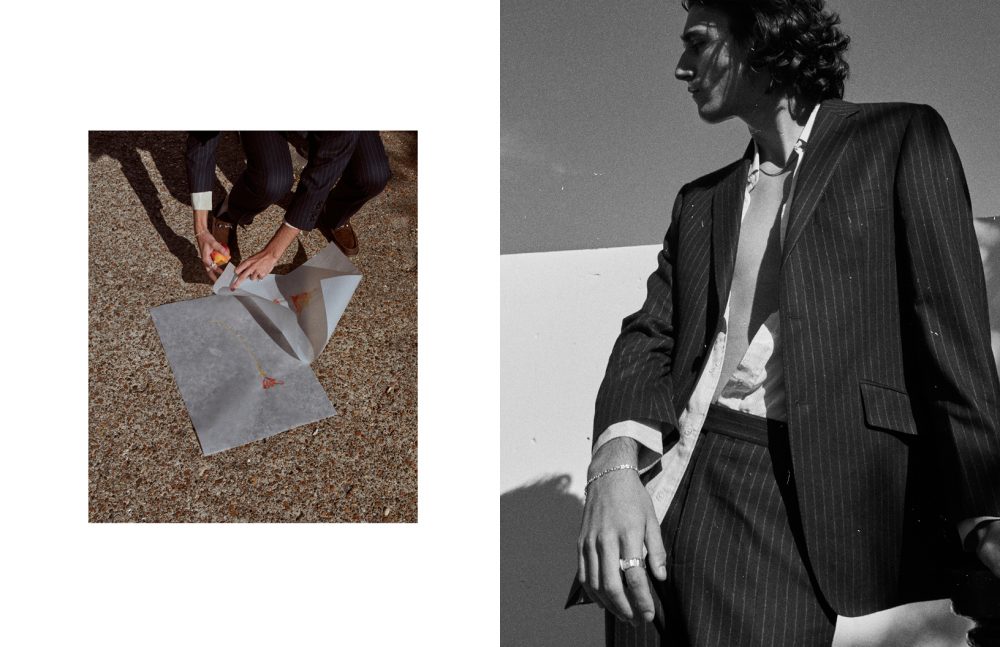 On tracks like So It Goes, Nagham Zikrayat’s dramatic sound enriches Tamino’s forlorn vocals with an epic sweep. In Tamino’s own words: “It makes the record sound very majestic and grand. Exactly what I wanted. I didn’t want a bedroom vibe in this record. It had to be big, although also still with a minimalistic mindset.”

Between touring and promoting his music, Tamino has stayed busy over the last two years since the release of his debut EP. Recently he travelled to Egypt with his brother, Ramy, to create the artwork for Amir, and he’s currently booked with shows throughout Europe into next Spring. Between performances, he continues to work on new music. 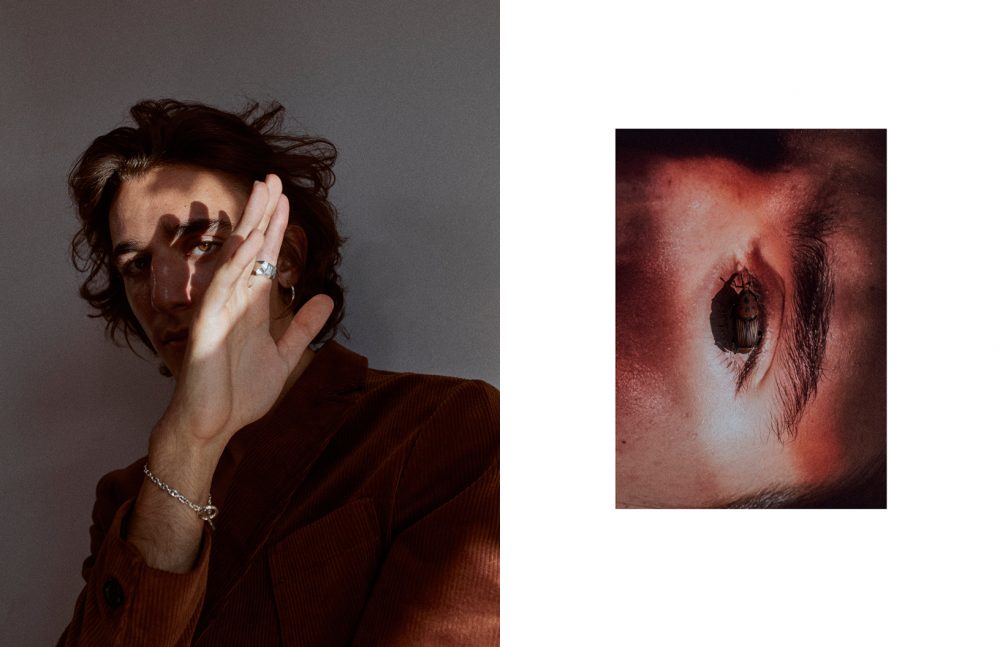 When we ask about his songwriting process, Tamino quotes Leonard Cohen. “If I knew where songs came from, I would go there more often.” Still, he also recognizes that inspiration takes effort. “I strongly believe in action first, then comes the inspiration. If I sit around, being lazy all day, a song isn’t just going to pop up out of nowhere.” 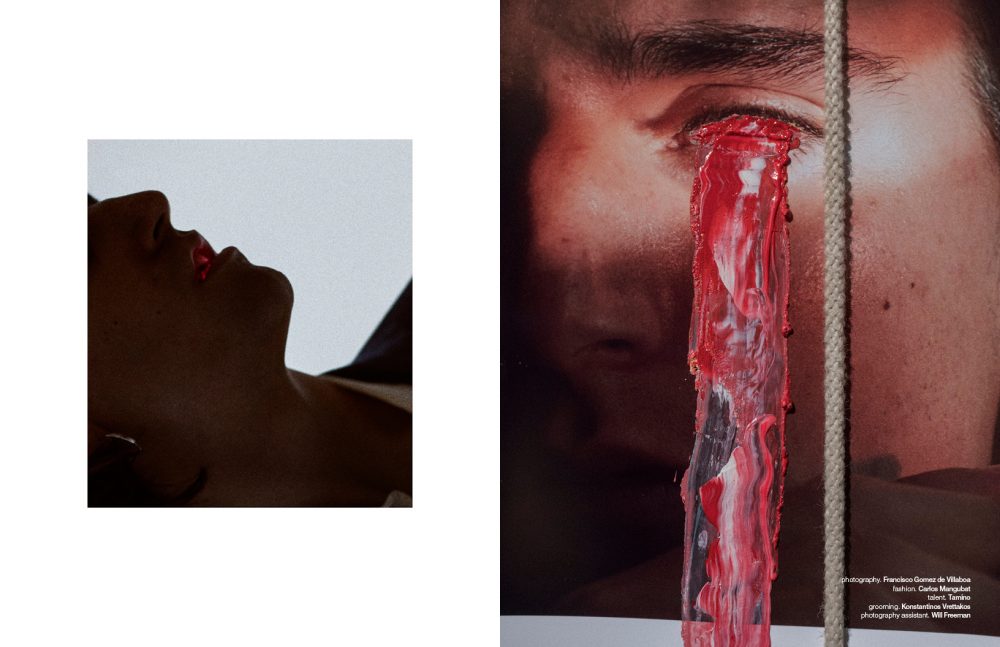 Tamino describes his life since the release of his Habibi EP earlier this year as being like a rollercoaster and reveals that he hasn’t had any time off since the release of his debut. “That’s two years already of full focus and hard work. With the release of my album it’s going to be even more of this, now on an even bigger, global level.” If Amir’s eclectic pop does resonate with a global audience as it has with his European fans, then Tamino is sure to be looking at a packed schedule for all of next year. But, he says he won’t complain.  “I chose this life and am very happy and grateful that I’m able to make a living out of art.”

‘Amir’ is out now. Listen to it here.