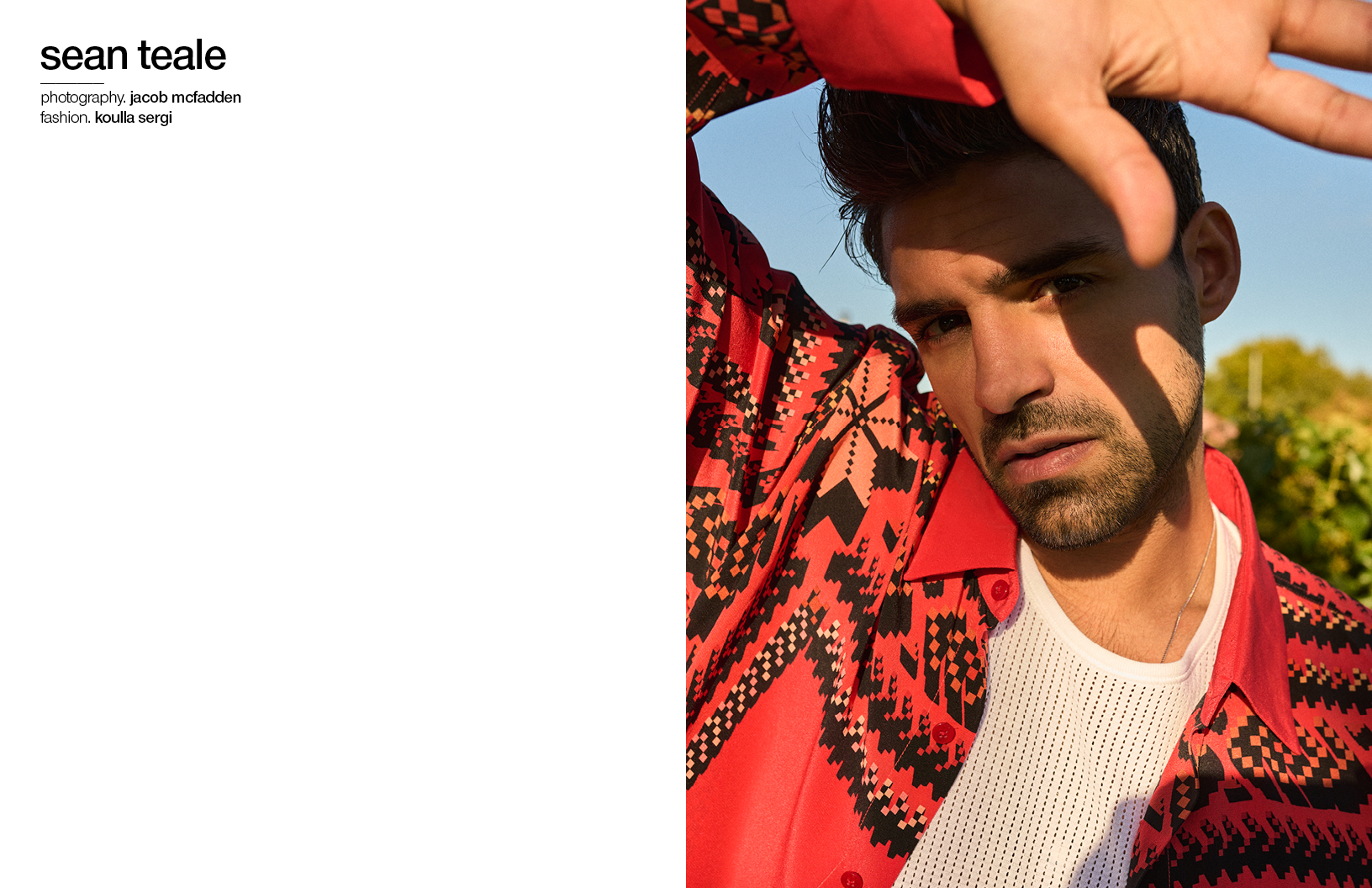 Shakespeare may have told the greatest love story of all time with Romeo and Juliet, but whatever happened to the ‘almost were’ partners who came before? The sharp comedy, Rosaline, considers just that as the film gives Romeo’s former flame the main character treatment by reimagining the literary classic with Rosaline taking centre stage. While going up against one of literature’s leading romantic figures would have sent many actors running, Sean Teale is up for the challenge as he takes on the role of Dario. Through this modern retelling, Teale offers a modern take on old school chivalry.

It would take a lot for Teale to consider venturing back in time to the medieval period, but it was the witty and endearing script from Scott Neustadter and Michael H Weber – think 500 Days of Summer and The Fault in Our Stars – which made Rosaline a “no brainer”. “You read the script and think these people are great – you just want to meet them.” But it was also Dario’s nuanced character that helped seal the deal. “Dario has to walk this tightrope between being endearing to Rosaline but at the same time being abrasive enough that they have that back and forth. He’s got to be subtly a lot more progressive and compassionate than she first thinks but also defensive enough that he gives this impression of being a bit macho… We just softened the edges around that machismo… He can’t be this macho, patronising, sexist character of his time because the audience wouldn’t then be happy for our heroine.”

Teale relished the freedom to collaborate on set that was afforded by the natural chemistry between himself and the whip-smart, Kaitlyn Dever. Teale enthuses, “From the chemistry test onwards we just riffed and riffed – even on Zoom – to the point that they didn’t know when to call cut. Luckily, that continued on set and when Kaitlyn was going down one route or I was pushing down another, we were able to gauge each other’s movements, and just go along with the ride… It was nice that we had such an easy space to do that – it felt open and collaborative which is the best way.”

Reinventing characters who are deeply engrained in our psyche comes with its own challenges but engaging with them as a completely new character provides both opportunities and drawbacks. Teale considers, “There’s a real joy in the freedom that comes with playing Dario – on the one hand, there are no confines but on the other, you don’t have the privilege of a foundation… But that safety blanket can also become a constraint at the same time… With any character, so much of it is about how we effectively connect with that person. And if you’re lucky enough to be there (on set), then your thinking has gotten you through to that point. And so whatever it is that resonates with you – even if that’s wildly different from someone else’s perception – is often, to some degree, that character’s truth.” 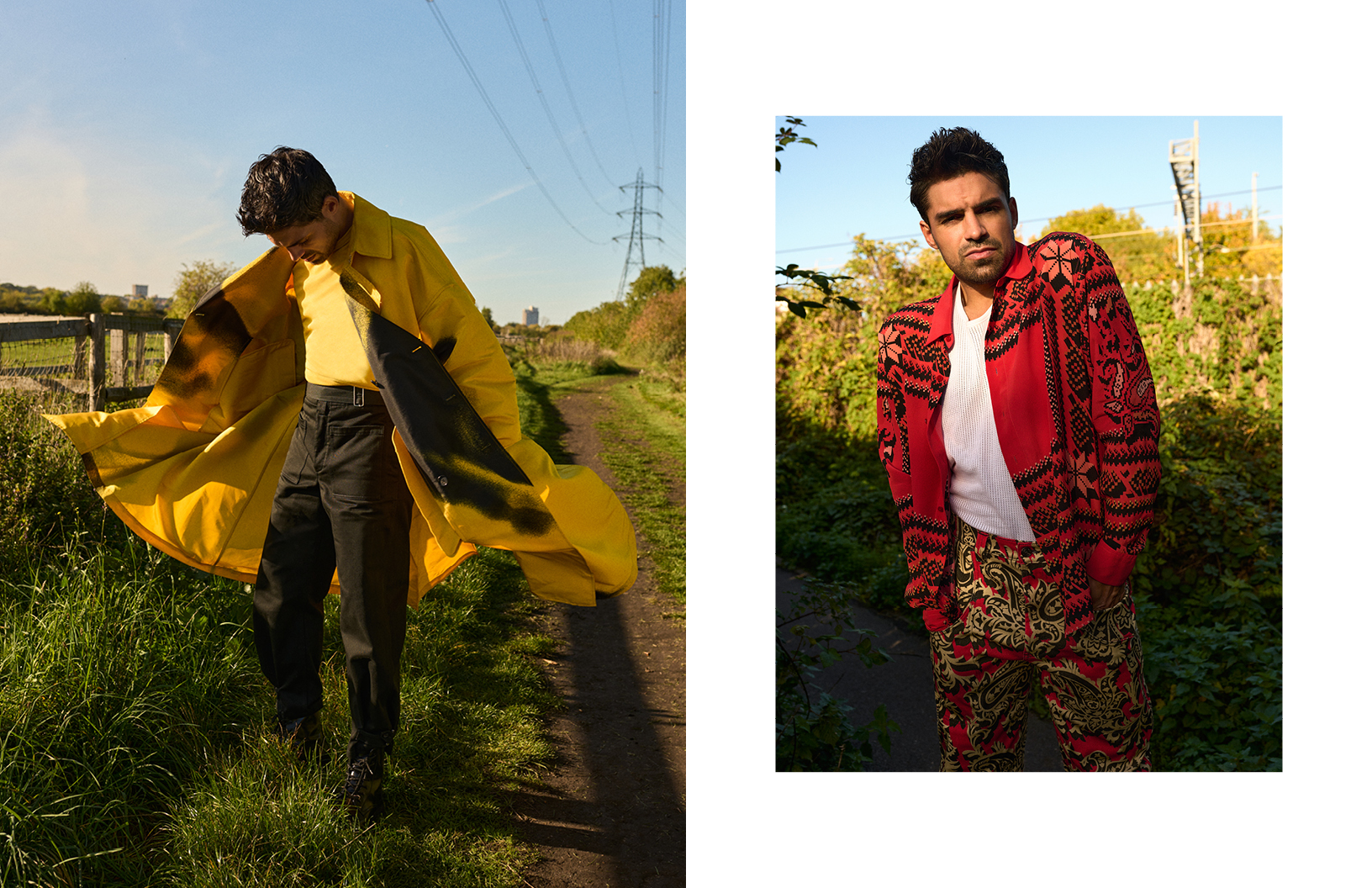 While you won’t necessarily hear Shakespeare’s iambic pentameter pros in this “Romeo and Juliet adjacent story,” Teale is full of praise for director, Karen Maine, and her ability to create delightful visual sets that maintained a keen eye for timely costume detail while balancing plenty of irreverent modern twists. “I honestly have no idea how she did it all while still allowing the actors to have such a positive space to play.” As Prince Condé in Reign – which often featured him sporting Diesel jeans to invade a castle – Teale isn’t averse to the odd historical ambiguity. “Both Rosaline and Reign have given themselves the freedom to embellish slightly because people are expressing a comedy which allows them to play with the narrative… Making art is contentious. Some people are going to have really distinct opinions on it and as long as it doesn’t cause much damage or harm, then discuss away.”

From fair Verona to suburban Barcelona, Teale is set to appear in Netflix’s hotly anticipated thriller “Palomino” (working title) led by the production team behind The Crown. While specifics about the series have been kept under wraps, Teale plays Jordi, the husband of schoolteacher, Erin, as her past catches up with her with devasting consequences. Despite being dubbed a thriller, it’s the duality of the show that really piqued Teale’s interest. He explains, “The show is a different thing to different characters which I really like… There are some incredible stunts and a lot of wild chases. So for Erin, it’s an action, thriller, but for my character who’s not aware of that action, it’s a family drama.” It also gave Teale an opportunity to speak and act in English and Spanish – a challenge he’s wanted to take on for a while.

As with Rosaline and Reign, Teale found working with a female led cast a “joy”. But he’s conscious that the industry needs to do more. He considers, “What I find quite distressing about the industry is that when making a ‘female led show’, it’s often just a movie written for men where the only thing they’ve changed are the names. Ultimately, the movie doesn’t quite click but people are then so quick to turn around and say this is what happens when you make a female lead movie – it’s so offensive!”

Despite remaining tight lipped about a few upcoming projects landing in the near future, it’s clear that Teale isn’t shying away from more nuanced and challenging projects that allow his creativity to flourish. 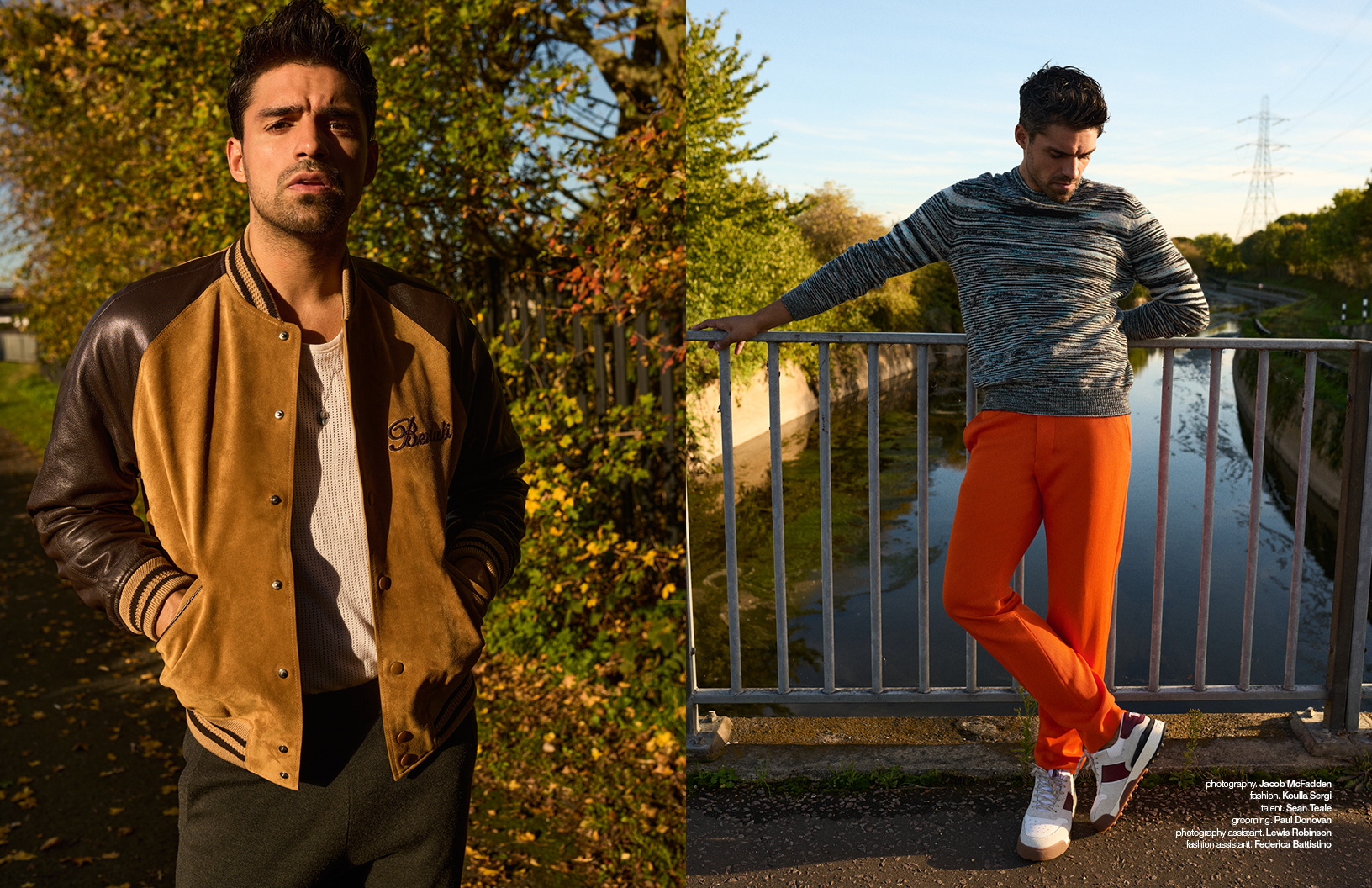 Rosaline is out now on Disney+.