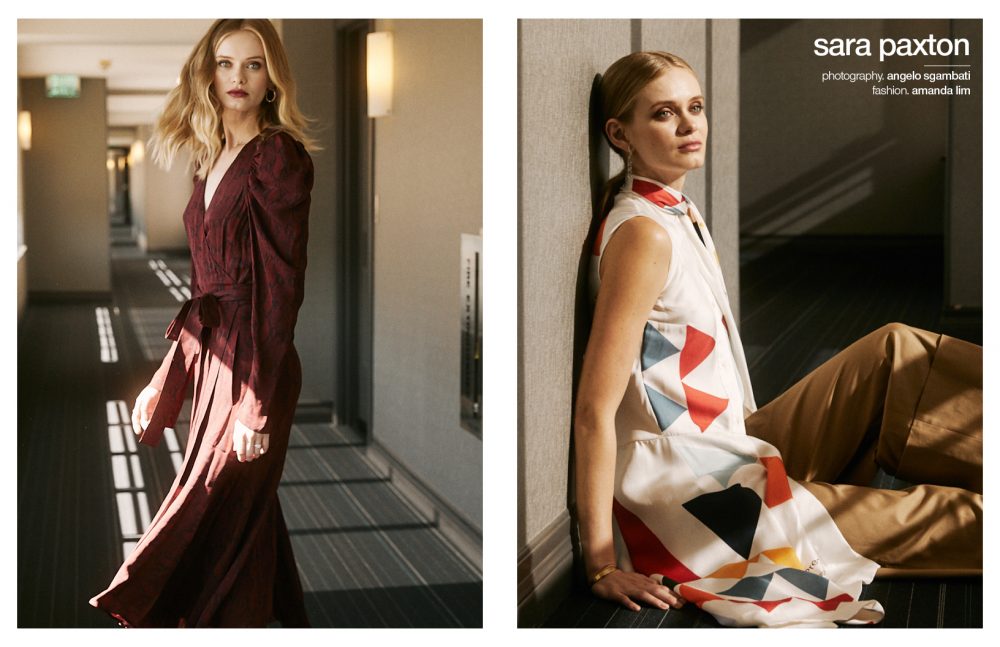 Sara Paxton has been making her mark in the film industry for most of her life. At only 30 years old, she is already a two-decade veteran of show business. Having been acting professionally since the age of six, it’s likely you’ll recognise her face. In her career, she’s curated a smart mix of projects, showing her versatility as an actress. Whether charming in her role as a mermaid in teen flick Aquamarine, playing depraved games in the dark comedy Cheap Thrills or being brutally murdered in The Last House on the Left, Paxton seamlessly traverses each genre with extraordinary skill. Not many child stars can speak of carrying on with such a zealous consistency in the ruthless business of acting but speaking to Paxton, it’s clear that she has never been phased by the bright lights.

Paxton tells us the unlikely story of how she came to acting. “When I was a little kid, my cousins and I would do print ads for the paper modelling the clothes. The photographer gave my cousins and I a business card for a commercial agent. My mom didn’t think twice about it but my cousin went and started taking acting classes! This made me insanely jealous and so I begged my mom to go too!” Years on, she was balancing a serious acting career with school, but Paxton remained level-headed about it. “I didn’t think of what I was doing as a career. I thought of it as my after-school activity that I loved. It was tough at times but being in regular school was very important to me,” she says. Paxton stuck to school of her own volition, even if it meant putting in extra work when she was off working on sets, going so far as to ask her friends to fax her all the homework and notes she missed. “I auditioned and fought for everything I worked on in my teen years and I am very proud of that and am so grateful that I was able to be a kid but still have those amazing experiences.” Ultimately, the love of acting eclipsed everything else. 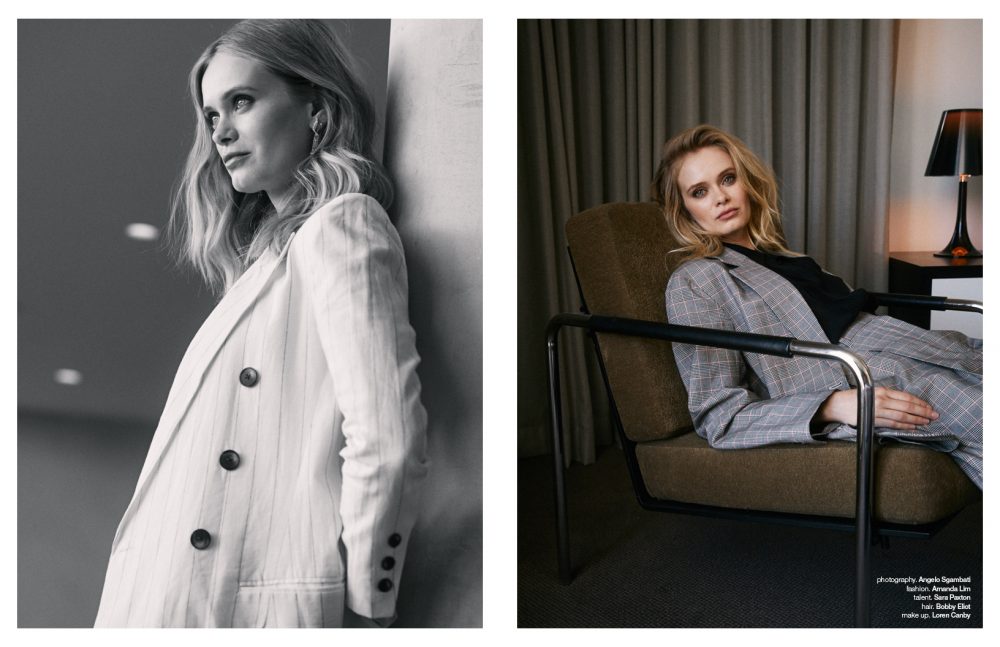 The latest instalment in Paxton’s multifaceted career holds up a mirror to America. This year she returns to the big screen in the political drama The Front Runner. The film tells the true story of Senator Gary Hart, who was set to run as the 1988 Democratic presidential nomination until this was upended by an allegation of an affair with model Donna Rice. “[It] was the first scandal of its kind and changed the trajectory of politics forever,” Paxton explains. As she promotes the film the political situation in the States seems to be the elephant in the room. With the last presidential campaign and current White House being marred by similar (and even more shocking) scandals, the film is understandably causing a stir. “I think this is an important story because it is so relevant to today. It’s a moment in our history that surprisingly isn’t well known but is the story of how we got to now. It marks a turning point in the relationship between politicians and the media and the breakdown of preexisting barriers between personal and professional reporting,” the actress tells us.

In the film, Paxton takes up the role of the infamous Donna Rice, who was vilified by the American press when images of her surfaced with the senator (played in the film by Hugh Jackman). “I think that at the time, Donna was portrayed as a one-dimensional person. A caricature.” It seems 30 years later, Rice is finally getting her due. “The reason why I loved the script so much upon reading it was because of how Donna was written. With dignity and respect and as a real person,” she goes on, “I think this film finally gives Donna the voice she never had.” In 2018, the conversation on women in sexual misconduct cases has evolved and with the revival of the Hart-scandal, Paxton felt the immense pressure to do Rice justice. “When I got the role of Donna, I suddenly realized I had a huge responsibility of playing a real person! A woman who is alive today and can see what I say about the film and my performance. This was extremely intimidating […] I wasn’t looking to mimic her in anyway. My only concern was capturing the empathy of this woman in this terrible situation.”

What can we expect to see next from Sara Paxton? Right now, she’s really set on returning to music. Paxton has shown her vocal talent with brief musical stints in the past and she now has her eyes cast on taking this to the next level. “I love musicals! So I think big dream come true would be able to sing in a film!” With an impressive list of roles under her belt, we know Paxton can do it all. We’ll keep our eyes peeled for what she brings us next.

‘The Front Runner’ opens in US cinemas on November 6 and on January 11 in the UK.