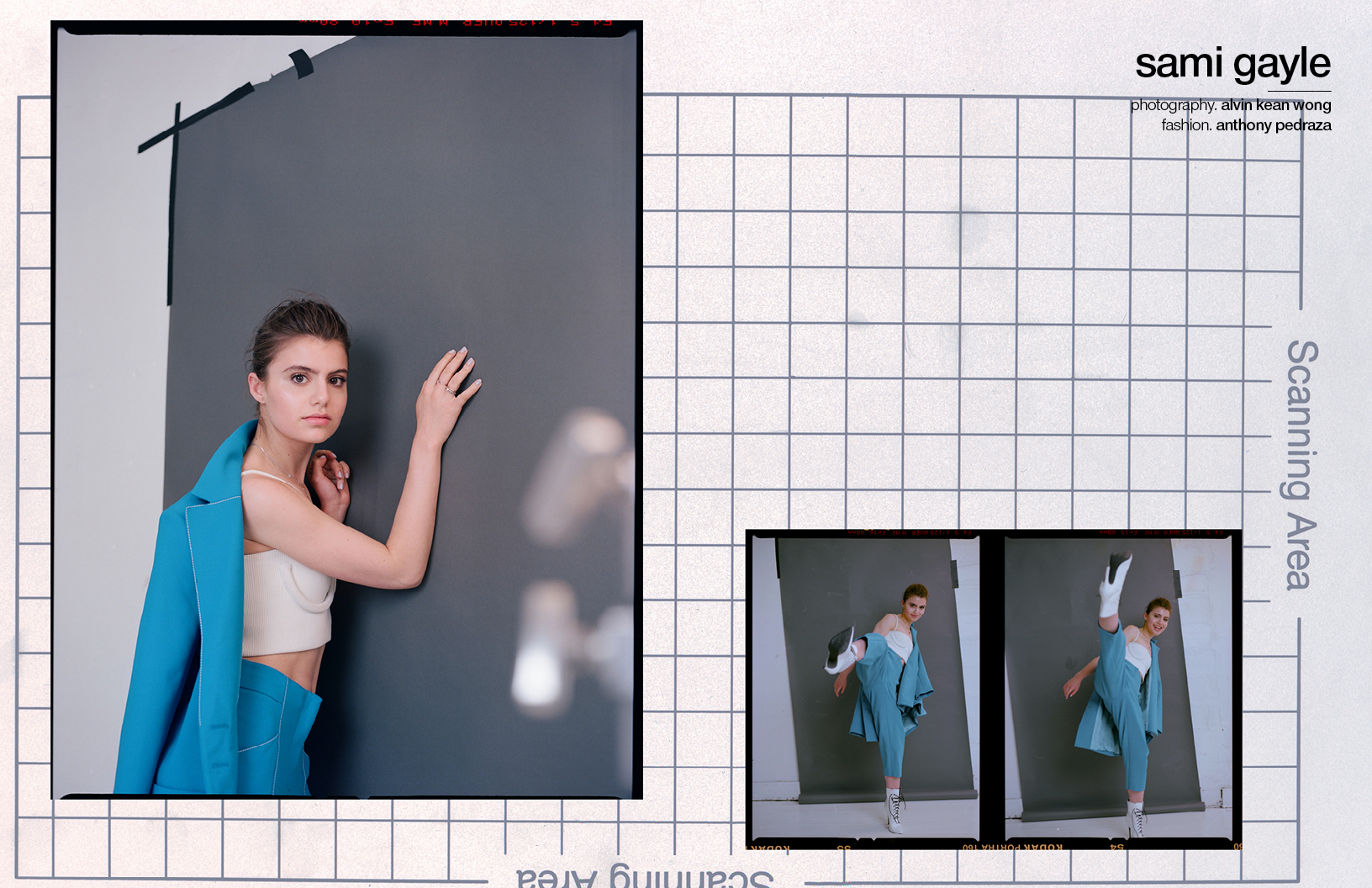 Fresh from graduating Columbia University’s class of 2018 (with Summa Cum Laude distinctions, nonetheless), 22-year-old actress Sami Gayle‘s career has steadily escalated with the success of hit CBS TV show Blue Bloods, where the actress plays Nicky Reagan-Boyle, the daughter of an assistant district attorney. This type of success is deserved when one learns that Gayle is a former Broadway actor and dancer who grew up performing and attending auditions in New York in her spare time, accompanied by her older brother who served as her quasi-agent at the time, booking gigs on her behalf, before the two even graduated middle school. This relationship metamorphosed into co-executive producer roles on Candy Jar — a fictional coming of age about two high school debate team rivals forced to work together. The film was written by Gayle’s brother, Chad Klitzman, starring Sami Gayle as well as Helen Hunt, Uzo Aduba, and Christina Hendricks. We catch up with Sami to talk about Broadway, university and what her future holds in the world of entertainment.

How did you get your start on Broadway?

Someone saw me dancing at the ballet school I would practice at in New York once a month — and offered me a role in a show. At the time, it would have coincided with my older brothers bar mitzvah, which my parents wouldn’t allow. Then my brother discovered that they were auditioning for Gypsy with Patti Lupone and we asked my parents if I could go onto an open call. I made it through, without ever having sung or acted before and played to play Baby June in the off-Broadway production, which was soon moved to Broadway. My brother acted as my agent continually — he would book me multiple shows to the point where I was once booked into Billy Elliot and Gypsy and couldn’t do both, so of course, we had to take on an agent to take on the mess a 13-year-old and an 11-year-old had created. 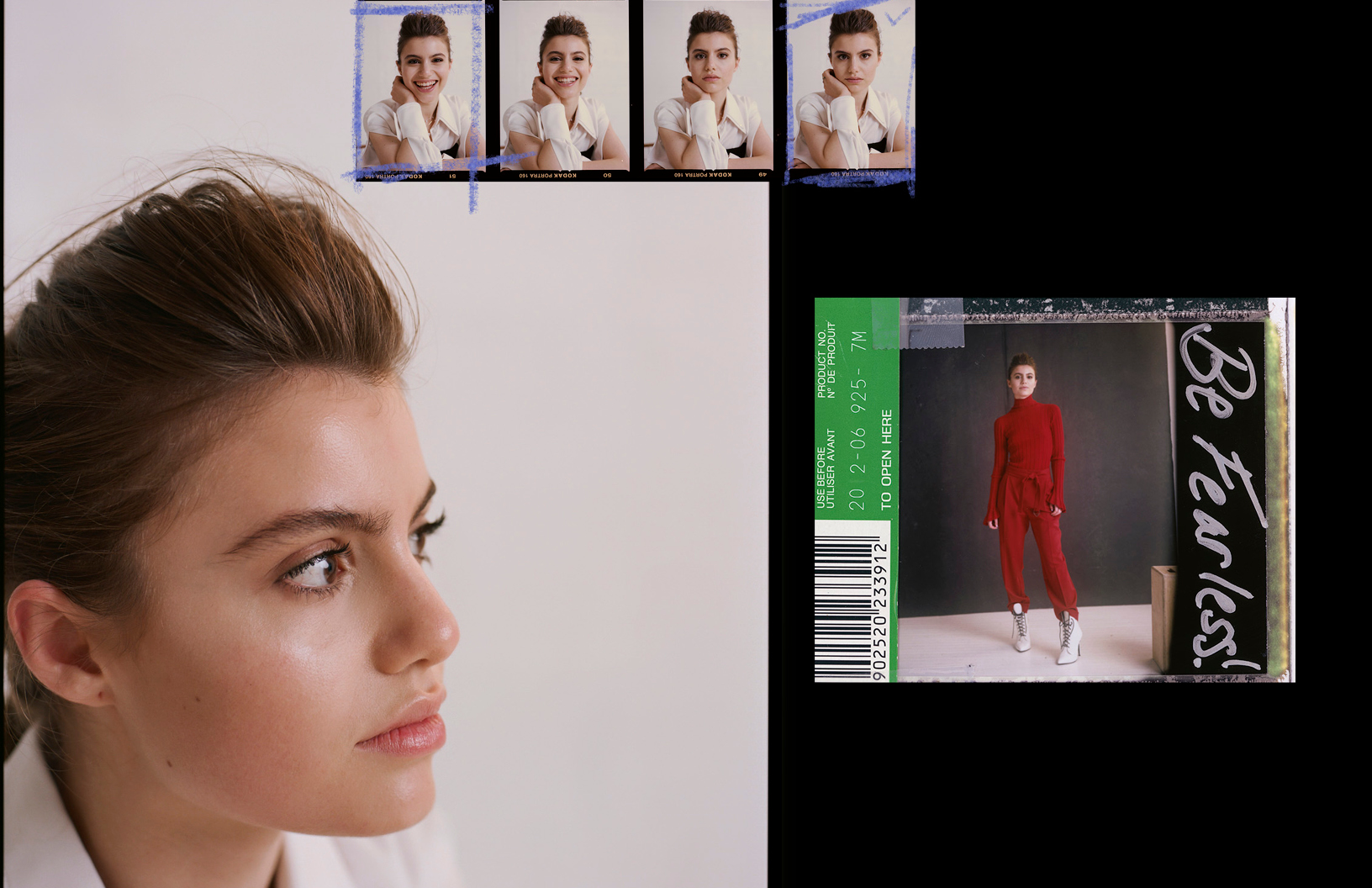 Congratulations on graduating from Columbia University — how was it working on the Blue Bloods show schedule while studying? Did you find your discipline comes from demanding show schedules?

I think that kind of discipline is ingrained in me since childhood. I started my career as a dancer, I never really considered acting. I loved dance, I would spend four or five hours a night after school from the time I was six to ten, so it was from a young age that I had that kind of work ethic ingrained in me. My brother (Chad Klitzman) and I as kids were told we could do whatever we wanted, and our parents would support it — however, we would have to have straight A’s in school. We just knew it was something that had to be done — we had to be the best that we could be — so that motivated us. We were pretty self-motivated kids. Blue Bloods were absolutely incredible about making this all work. 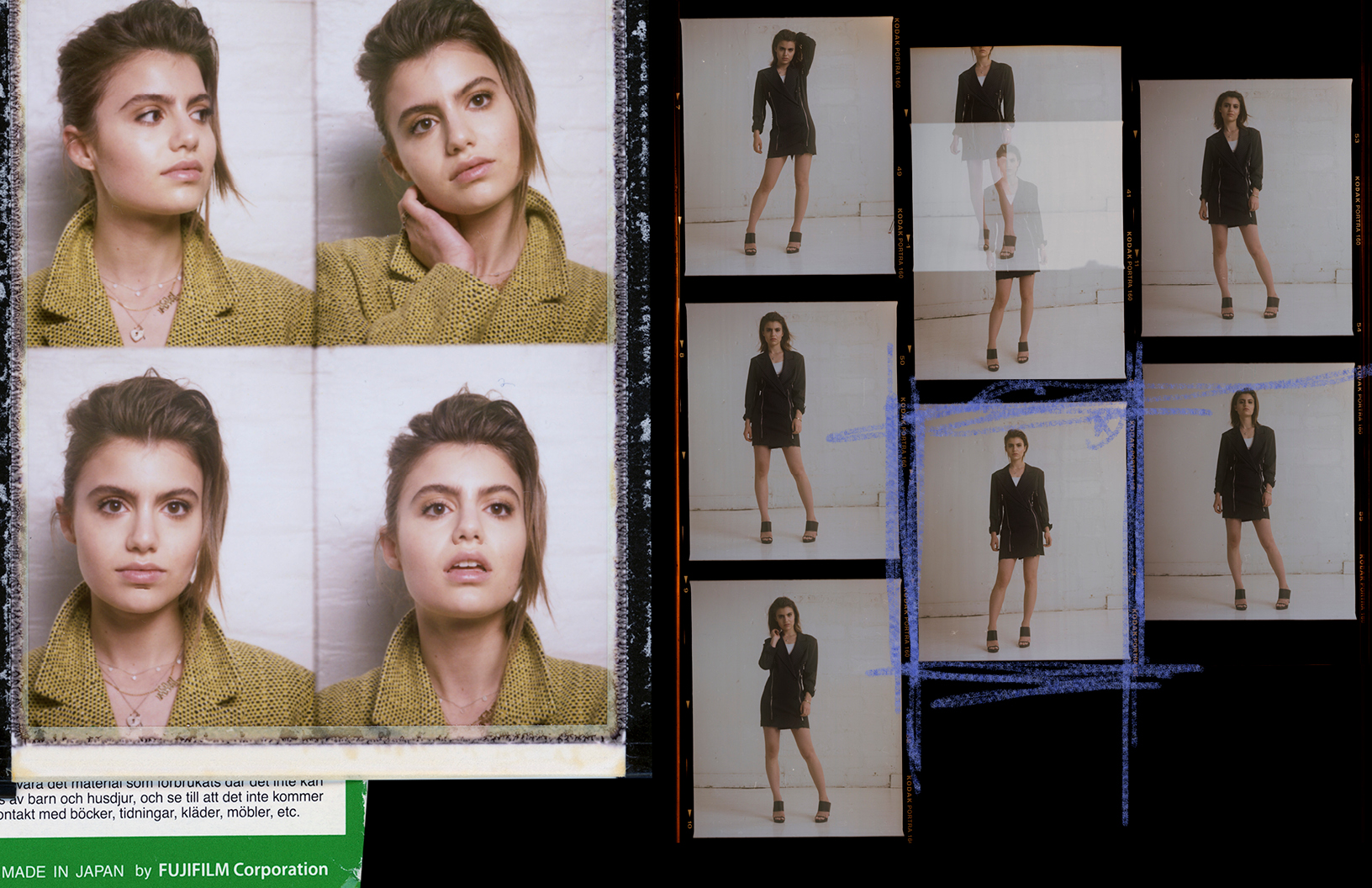 Why was going to university important to you?

I had been homeschooled since I graduated elementary school (around the time she moved to New York to star on Broadway), and I then started to do TV and film, (Gayle was enrolled in an online virtual school system) but I didn’t have kids around me on a constant basis — most of my friends were average age 28 and up. I was working constantly, so I wanted to have an eye-opening experience with kids my age. I wanted to be exposed to the collegiate life and have that experience, and not go through life without having had that education that was in the classroom. I was incredibly motivated to get everything I could out of that experience. I wanted to have a wealth of knowledge so that I could approach things [while reading scripts] at work in a different way. 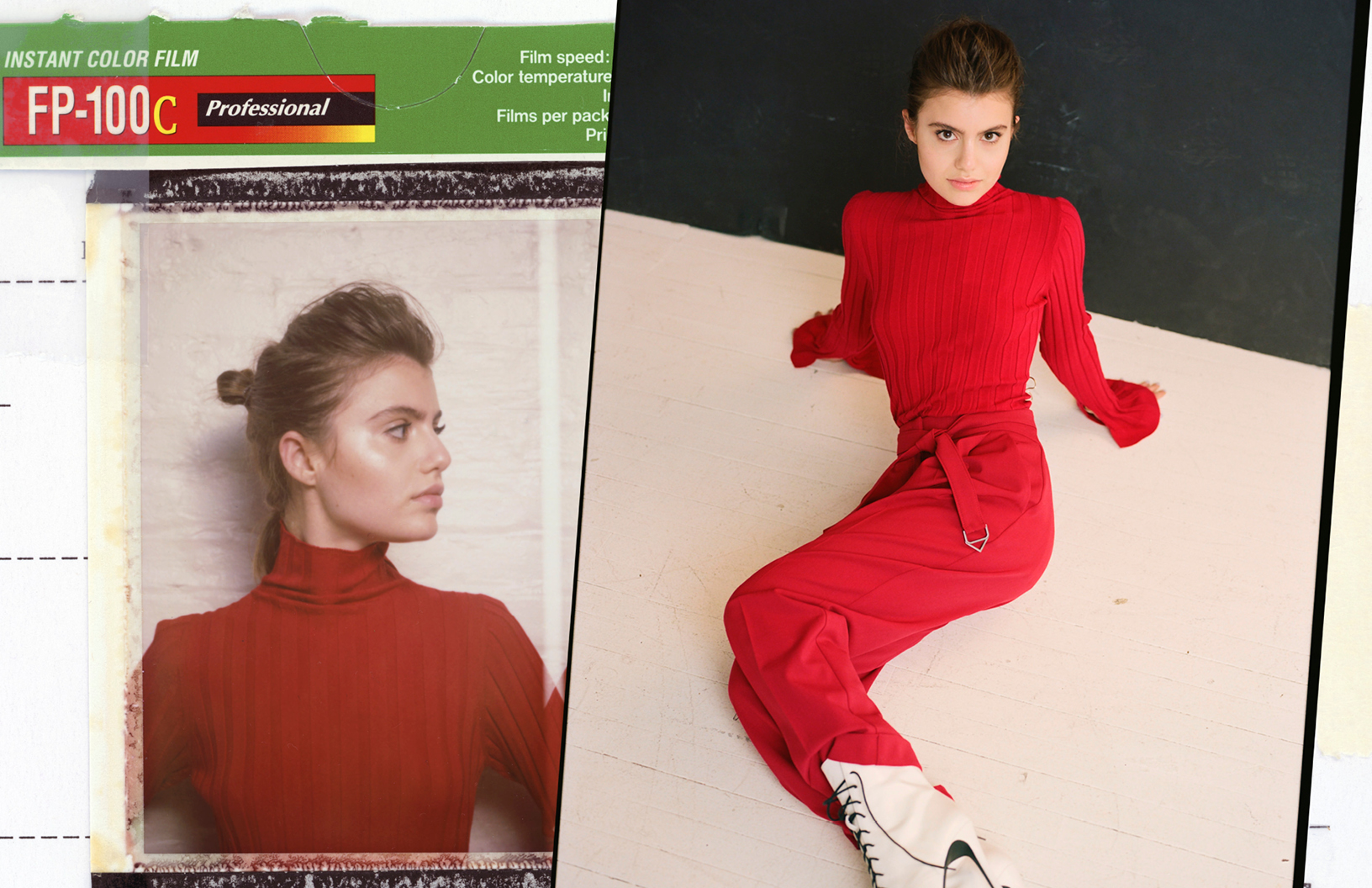 Had anyone at school ever recognized you from your acting work?

I was in my first class at Columbia, Literature of Humanities, and I sat down next to a guy who was kind of cute and said hello. He told me I looked familiar and asked me if I was in the movie Detachment (her first big film, alongside Adrien Brody), I was mortified! None of my friends outside my immediate close friend group really knew I was an actress until afterwards — the film Candy Jar came up on their Netflix banner and they texted me saying “SAMI WE HAD NO IDEA!” I never told anybody, as I wanted to have a normal life on campus. The way I see it is everybody in Columbia is doing something so interesting — the coolest startup, or is an athlete, or is trying to figure out how to cure Alzheimer’s. People are doing such incredible things all around you, you realize you’re in a group of incredibly talented people you should be learning from. 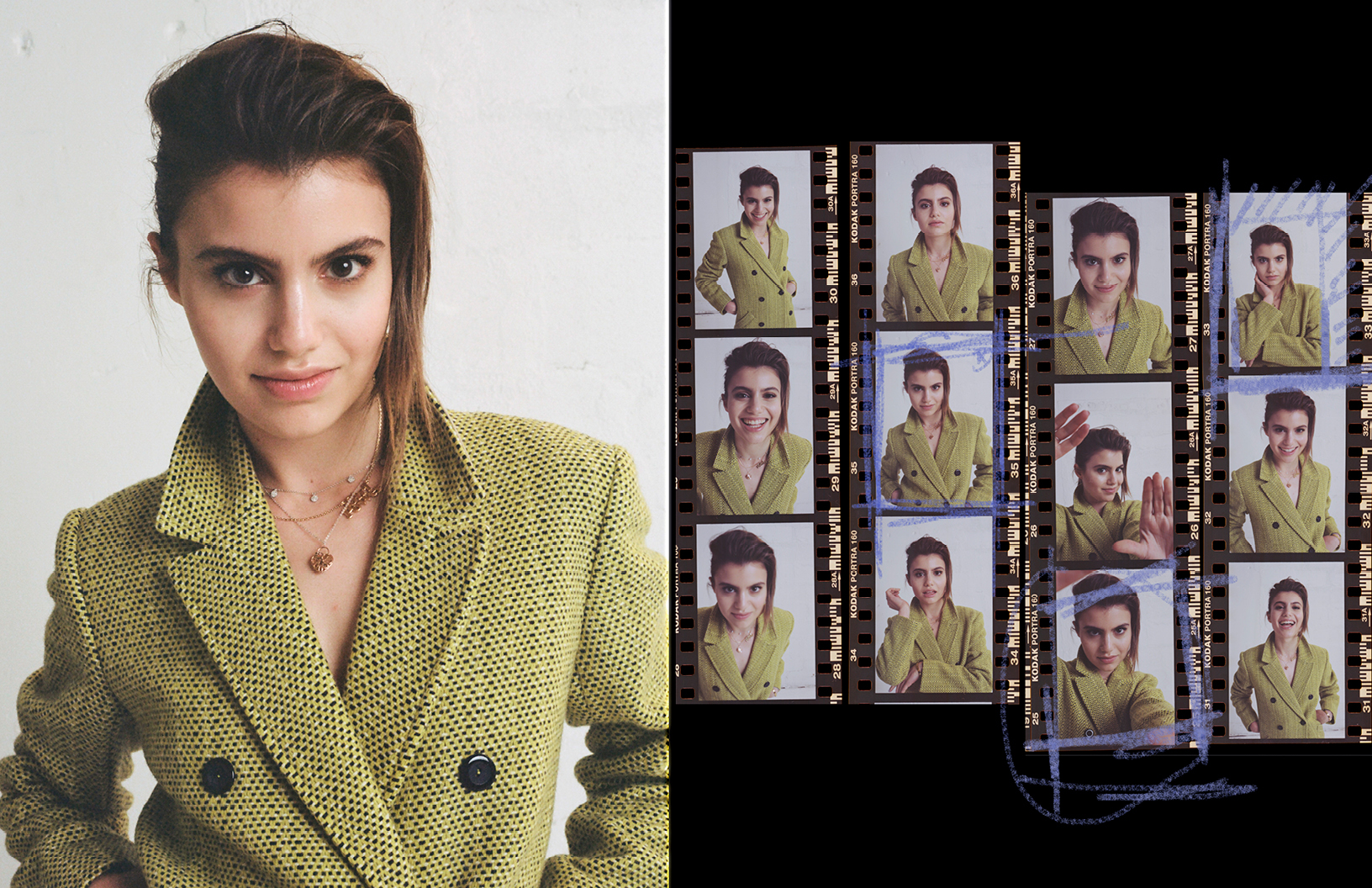 Have you ever taken any advice from any of your fellow talented costars in the past?

I think the most important thing Adrien Brody taught me was that you should never take a project for the money. Do things that only feed your soul, and only do things you are passionate about. If you are not passionate about the project, no one will believe you when you are trying to portray a character. As I go through life and I watch people around me doing things like going into finance because they know it will give them wealth, that is great and a valid path, but for me, I really realized the benefit of being able to go to work and not feel like I am working at all. If you could do what you love and get paid to do that, then you have found the right thing. 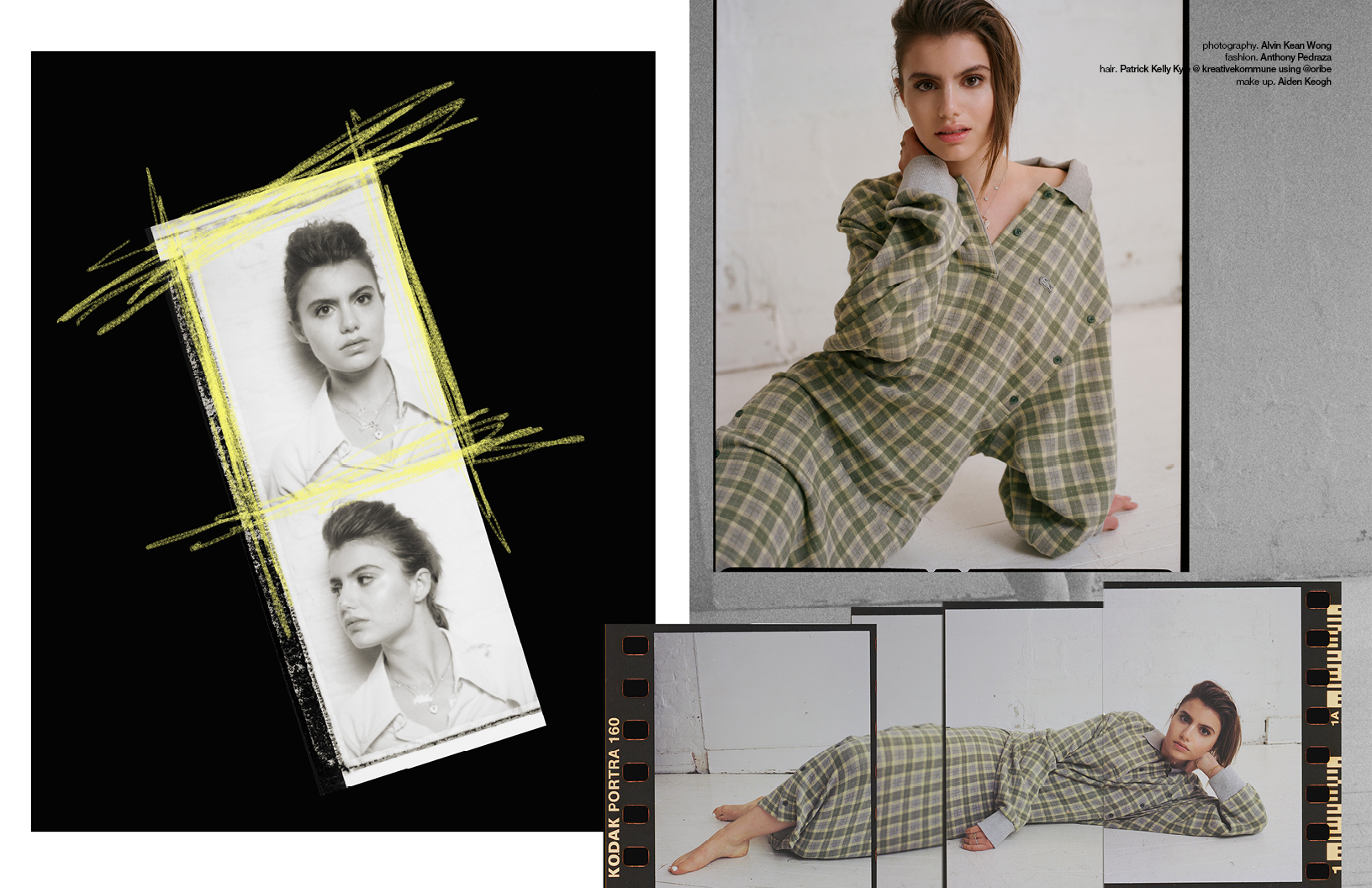 You mentioned that you are working on your own material. What is it like developing projects you’re passionate about?

The character in Candy Jar was written by my brother, but very much representative of someone that I wanted to see on screen, or would have benefitted from seeing on screen while I was growing up and going through transitions in my life. Doing things that I am super passionate about and developing that sort of material, is something that is very important to me.

What was it like working with your brother on this project? How did it all come together?

There is a My brother has always been there for me — from when I was on Broadway, he started crafting my education — he made sure I was taking all the classes I needed to ensure I would get into the top Ivy League schools in America. He was integral to me in my life as my agent, my mentor, my teacher. One day he just threw a script on my bed, and said, let’s take this into our own hands like we’ve done with everything else. Let’s create the characters and the scripts we want to see. He wrote an amazing Holocaust script story for us, but my agent said something like that would could 20 million dollars, and she suggested us to write something more manageable for his first film. He wrote the script in two and a half weeks while he was interning at the FAA (Federal Aviation Administration) and he gave me the script, I gave it to my agent without telling her who wrote it and she said — this is amazing, let’s get this made.

Candy Jar is now streaming on Netflix. Keep up with Sami here.