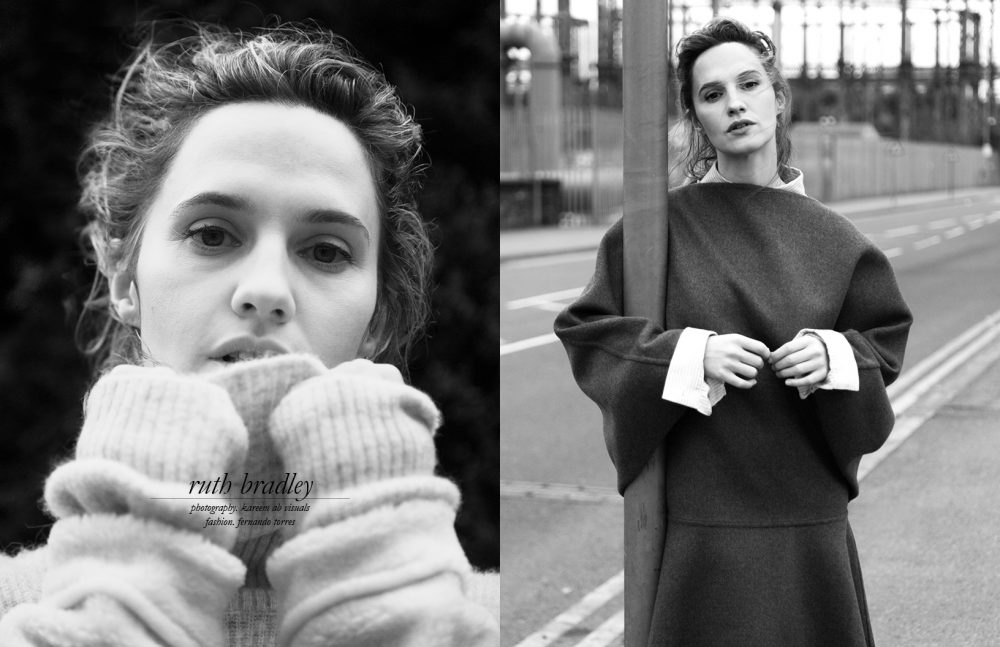 Ruth Bradley really knows her drama. The Irish actress has played multiple roles in various drama series, as well as comedy, horror, and sci-fi. This year has been major for Bradley – with her starring in the second instalment of the series Humans in Channel 4 (with the third series being filmed later this year) as well as her contribution to the award-winning The Fall for BBC2. On top of such success, she has taken part in Philip K. Dick’s Electric Dreams, a sci-fi anthology inspired by Philip’s short stories. Available to stream on Amazon, it finds Bradley in an episode entitled ‘Human Is’, alongside Breaking Bad‘s Bryan Cranston, tackling what it really means to be human.

Bradley is convinced of the power of sci-fi, and the ways in which it acts as a vehicle for a moral message. Her career is blossoming alongside her own personal development, and she channels her energy into studying her roles as real characters through research and analysis. From short-film horror anthology Holidays to winning the ‘Best Actress’ award at the Irish Film and Television Awards, Ruth Bradley has managed to surprise as she scopes out within her career. She speaks to Schön! about working on ‘Humans’, moving to London, and growing a tough skin in order to be successful.

We have noticed that you have a thing for sci-fi. What is it about this genre that you like?

I think what I really love about sci-fi is that you can explore themes and issues which are pertinent and relevant in modern culture without spelling it out.  The genre allows you to make a powerful statement without being too on the nose and always has, from George Orwell’s 1984 to many of the themes explored in Humans. 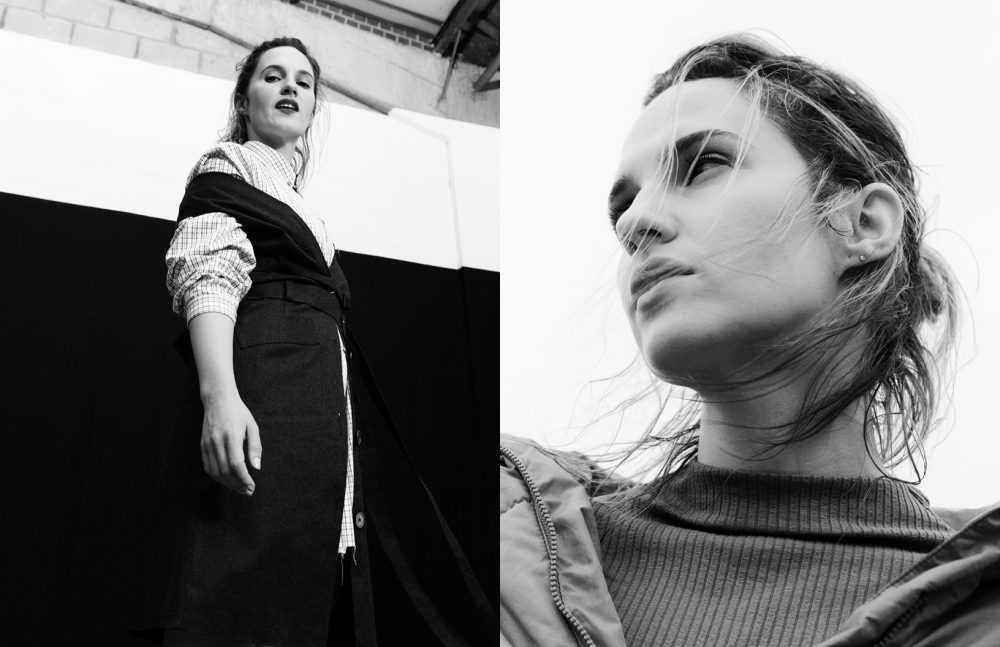 You mention Channel 4’s Humans, the channel’s most popular drama over the past 20 years. What was it like filming this half human half synth drama?

I absolutely loved and love the experience of working on Humans.  From the get-go, it’s been a gift as an actor.  The scripts were a must read, I couldn’t put them down. And then the work was and is endlessly fascinating.  There is so much research to be done, so many areas to mine and so many tangents it has taken me off on.  It also explores human nature and consciousness and playing a synth poses that constant question. What separates us from machines?  What is consciousness?  It’s endlessly fascinating because, at its core, it’s an unanswerable question.

Do you think the genre of sci-fi and the supernatural generally, yet covertly, covers more general issues that we tackle in day-to-day life? Is there a strong message behind Humans?

I think there is license in the genre to boldly investigate issues which may seem odd too raw or too sensitive to explore in straight drama.  Audiences are not stupid and they can read between the lines and want to be challenged. Humans draws a lot from things happening in our society and there are many parallels which are easy to spot. I think that’s part of why the response has been so positive.

How do you usually prepare for your roles? Does it ‘come’ to you or do you go out and do your own research?

I do my own research. From reading to watching to studying people. The more varied research you can do the better.

Having moved to London at the age of 18 to pursue acting, what would you describe that transition as, from Ireland to the UK?

I had never really spent time here so when I moved it was a bit of a culture shock. Dublin is a much smaller capital city. It was daunting and I was underprepared but it was ultimately great in the end.

You also star in a new series, Philip K. Dick’s Electric Dreams, which premiered this month. The episodes are adaptations of Philip K. Dick’s short stories. What do you think is particularly novel about reworking and interpreting past work into the new material?

I think there is a reason we constantly rework certain writings, from the old classics to the more recent, like Dick.  He was essentially a master storyteller and there are so many fresh ways to interpret his work. I think his will continue to be. 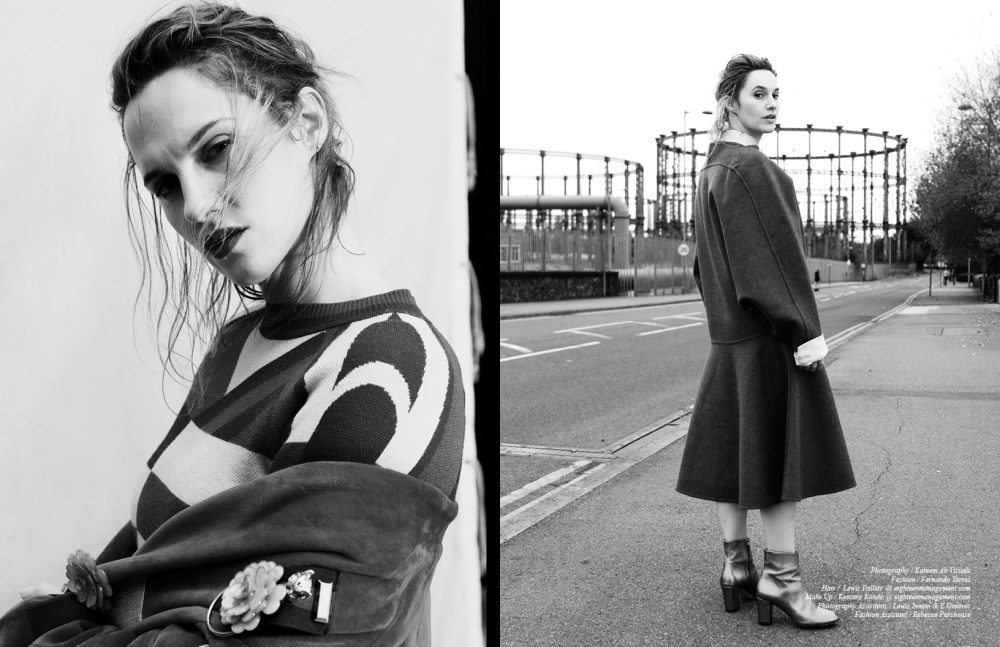 The episode you feature in, Human Is, questions what truly defines us as human. So, of course, it would be interesting to know your take on that.

Wow. I wish I knew the answer to that.  I suppose we are an extremely emotional and questioning species so that must be part of it.  Maybe something to do with our battle between fear and love and which ultimately wins on a day to day basis? Who knows!

So tell us a little bit about your role in Human Is and the relationships you have with the other characters in the episode.

I play Yaro, who is Veras right hand woman and confidante.  She works for the state alongside Vera and has knowledge of her relationship with her husband Silas. The rest unfolds as we watch…

On top of that, you’ve also wrapped BBC2’s The Fall, a psychological thriller starring Gillian Anderson and Jamie Dornan. How did you prepare for your role in this series? Anything jarring about the violence and brutality of it all?

I think anything which tackles the subject of violence and murder and the psychology of the perpetrators is going to be unsettling.  But it’s our job as storytellers to delve into it and explore and present it to an audience.  It provokes a dialogue about our society.  I studied a lot of cases and looked at young defence lawyers and had the chance to talk to some, which was a great help.

What would you say the biggest challenges of your career have been to date? Does it tale tough skin to ‘make’ it?

I suppose every actor has periods of not working and I guess that was something I struggled with when I started out.  The general uncertainty in the career is part of what keeps it so interesting.

Are there any roles that you are keen to play, or any genres yet to explore?

One day I would love to tackle Lady M. Give me a few years.