There is only so much manufactured bubblegum pop that an individual can take. As series 10 of the X factor gets into full swing and wannabes fall by the wayside week after week, it further signifies what it takes to make a true musical artist with staying power. Our love and appreciation for live music and musicianship has returned over the last five or six years. One group at the forefront of this revival are Submotion Orchestra – for those old enough think a mash up of Roni Size and Herbie Hancock with female vocals. The Leeds-born seven piece are gearing up to release their third album. We caught up with sole female member, Ruby Wood, to get the lowdown… 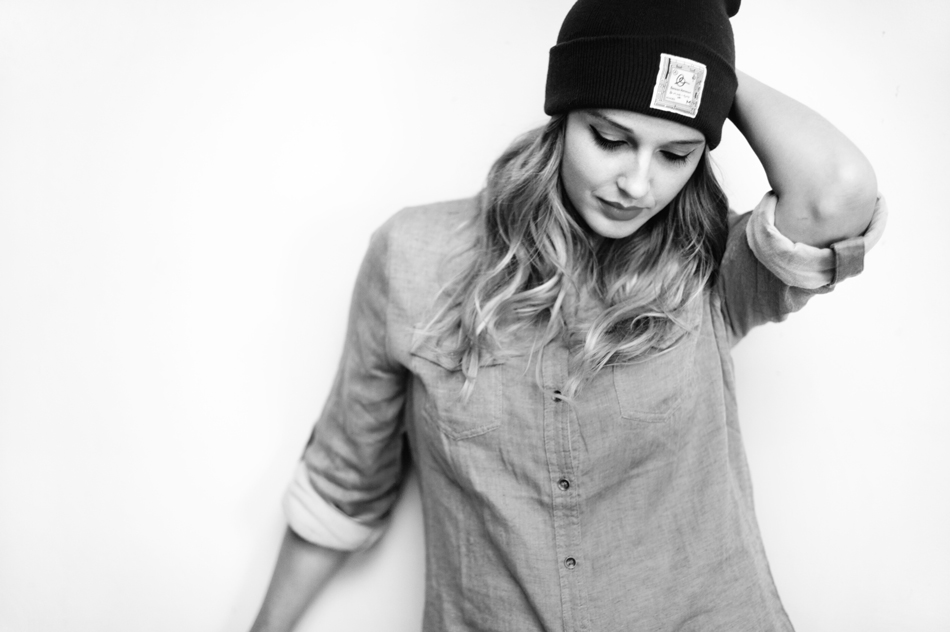 It’s the done thing to label and categorize everything and people always seem to have lengthy discussions about what genre you are. How would you describe Submotion’s sound to someone who hadn’t heard your music?

(Pause) Giles Peterson once described it as ‘Cinematic Orchestra meets dubstep’, which I thought described us quite well. In recent years we have moved away from the dubstep sound slightly. Our characteristic heavy bass and ethereal vocals are still key in the Submotion sound though.

I believe you were formed as an experimental live project. What was it like working together in the early stages?

Many of us come from a jazz background so improvisation came naturally to us. We used to jam every Monday night at a bar in Leeds called Hukaz; sometimes with vocals and sometimes without. We used these Monday night sessions to experiment on the spot. They were really important in the formation of Submotion and our musical relationships within the band.

Prior to joining the group what were you doing?

I’d just finished uni at Leeds College of Music. I was living in Huddersfield and involved in various different music projects, just trying to find myself and what I wanted to do. And I had a few crap – none music related – part time jobs which I hated!

There are seven of you in the band – that’s a lot of input and ideas to consider. How do you compose your material?

(Laughs) Yes! Seven VERY opinionated people. We’ve tried a few different ways of writing actually. A lot of the first album, Finest Hour, was written by Tommy and Dom Ruckspin as Submotion Orchestra started off as their brainchild. By album number two other members of the band brought tunes and some we workshopped together in rehearsals. For the new EP 1968 (to be released November 2013), the boys went away to a remote cottage in the middle of Wales to create loads of instrumentals which I had to work with. It’s our nature to experiment I guess, and we’re always trying to find new ways to move the music into different places.

You’re the only female in the group. What are the perks?

There are perks?!! (Laughs) Just joking. (Pause) I guess I always feel safe with six strong boys around me all the time. There’s a lot of banter in Submotion… I think they forget I’m a girl sometimes. I give out exactly what a get though – I’m no angel but I do love them all dearly like six big brothers. Don’t tell them I said that though.

As the singer and only female you’ve kind of become the face of the band – does that add any pressure? Do you feel you have to go out of your way to make sure that the other members don’t feel like all the attention is on you?

Yes there is added pressure…and it’s kinda weird to deal with actually. To the outside I’m ‘the face of the band’ and people will come up to me after shows thinking it’s ‘my’ band and only wanting my signature. It makes me feel kinda awkward, because Submotion was set up as seven members. I’m another instrument, rather than a front woman, which wasn’t in my nature. I was happy just to be a part of it. I think some of the guys get annoyed at times, but I try not to play the role of this is ‘me and my band’.

Which current pop song would you love to give the Submotion treatment?

Ohh that’s a tricky one, I would say ‘Diamonds’ by Rihanna. I’m sure the other members would highly disagree but I think it has such a good melody, with the Submotion treatment it’d be an absolute banger!

Are there any solo/side projects in the pipeline for you?

Yes indeed. My first single under my own name is coming out on Sony RME records very soon. It’s a track with a producer called Linden Jay and the song is called ‘Break the Hold’ which I’m really excited about. I’m busy in sessions pretty much every day writing with different producers and developing my song writing. I’m really enjoying this time of my life and benefitting greatly from it. I have a track with Bondax which is going to be on their album too – watch this space.

You regularly do the festival season – what’s been the most surprising gig you’ve done recently?

We did a festival in the Ukraine a few weeks ago. We were all looking forward to going out and playing there. Then, the day before we heard another UK band – mentioning no names – had all their equipment stolen from the same hotel we were meant to be staying at whilst they were performing. We were obviously very worried about flying out there to do the gig. We arrived and thanks to Ukraine Airlines we had no luggage or instruments as they’d lost it – everything seemed to be going wrong. But, our luggage finally turned up and we had one of our best, most enjoyable gigs there and met some really lovely people. So it just goes to show, you never know what’s going to happen.

You’re preparing for your UK/European tour. Obviously all your fans show you love – aside from the UK is there anywhere in Europe (or abroad) that you have an affinity with?

Finest Hour got released in Poland, so we’ve been there a couple of times and always had a warm response. Czech Republic are big fans too – were heading out there for three shows in November. Mainly Eastern Europe really… they’re all really lovely people and make us feel so welcome.

Who would be your dream guest artist?

Personally, Jill Scott. I’d LOVE to hear her feature on a Submotion track. I’d be happy to take a backseat and do BVs for her any day.