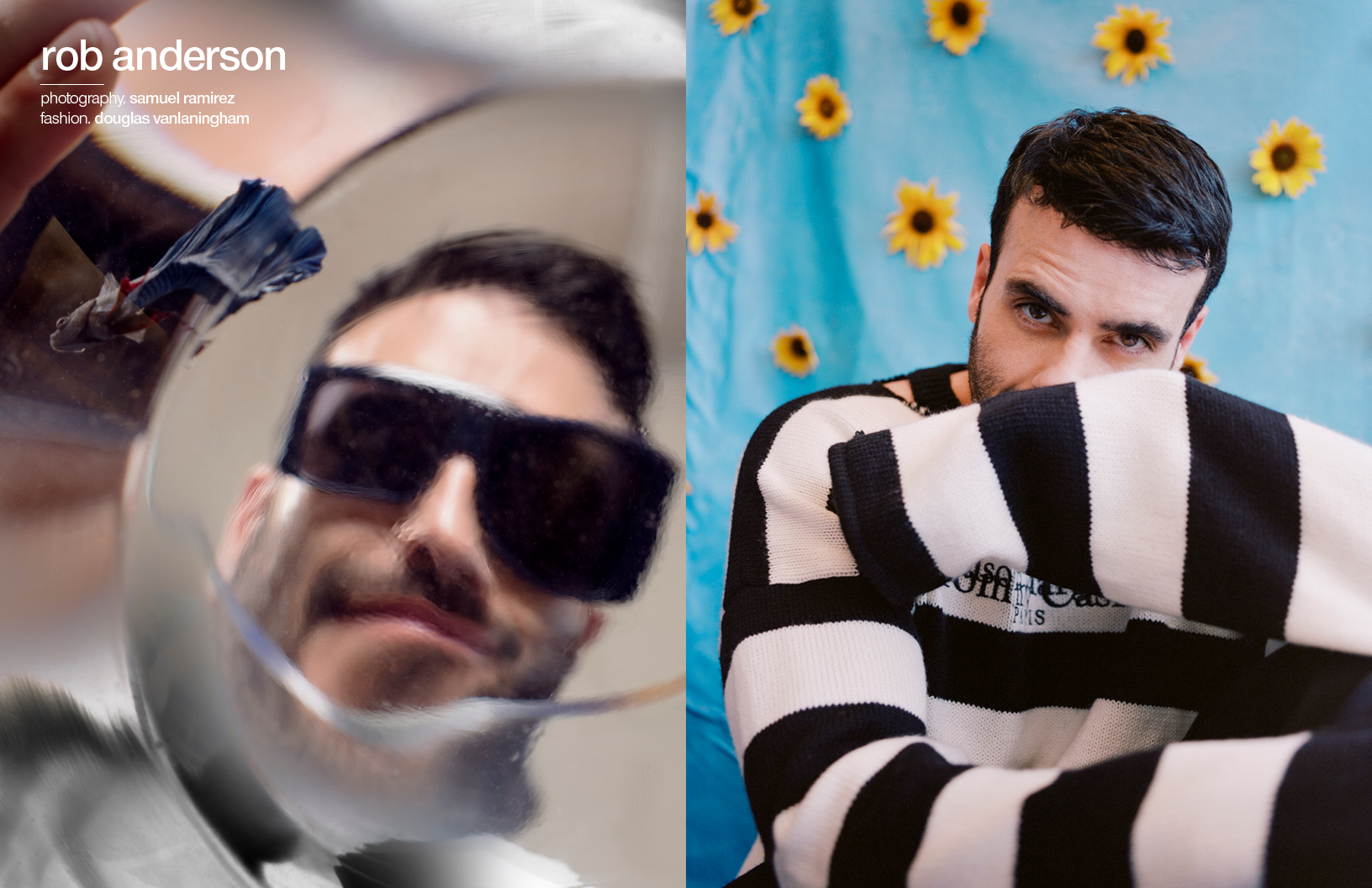 Rob Anderson is not a typical comedian or TikTok influencer. His unique personality and approach to queer topics, mixed with his numerous talents lets this LA based comedian talk about gay culture like no other. His hilariously relatable videos and fresh views about queer people and stereotypes have spread laughter when it comes to the struggles and amusement of the LGBTQ community from the gaze of straight people. If you thought that’s everything that Rob does — it’s not. Along with his prominent TikTok and social media influencer career, Rob sings and does stand-up shows. Not long ago he dropped his second single, Is Your Boyfriend Single?

Schön! chats with the LA based comedian about his sense of humour, community, his debut comedy tour around North America and so much more.

Hey Rob! It’s nice to meet you! Let’s start our interview with a question about your childhood and your personality development during that time. How can you describe your relations with humour from a young age? How have these relations influenced your personality and creativity?

Thank you for having me! I first started to channel my inner comedian by breaking a lot of rules as a kid. I attended a Christian school where the faculty enjoyed having this weird control over the students. I was looking for small ways to make their rules look dumb. One moment that comes to mind is how we weren’t supposed to write bad words, so I spelled “poop” on the concrete with water at recess. They suspended me for “graffiti on school grounds.” I think my experience at that school helped me to find the stupid things we all take seriously and put them on blast.

When did you first start stand-up? What led you to it and how do your current topics and jokes differ from old ones?

I only had my first stand-up show this May! I’m now three shows in, so I’m pretty new to it. I spent most of my 20’s doing the improv comedy circuit in Chicago clubs, but stand-up didn’t appeal to me at the time. I started to get into it this year as a part of my Heartthrob Live tour, which combines storytelling, music, and other forms of comedy. The material in this show is all about my sexual awakening and experiences. It’s a kink I have to tell embarrassing stories in front of a live audience. 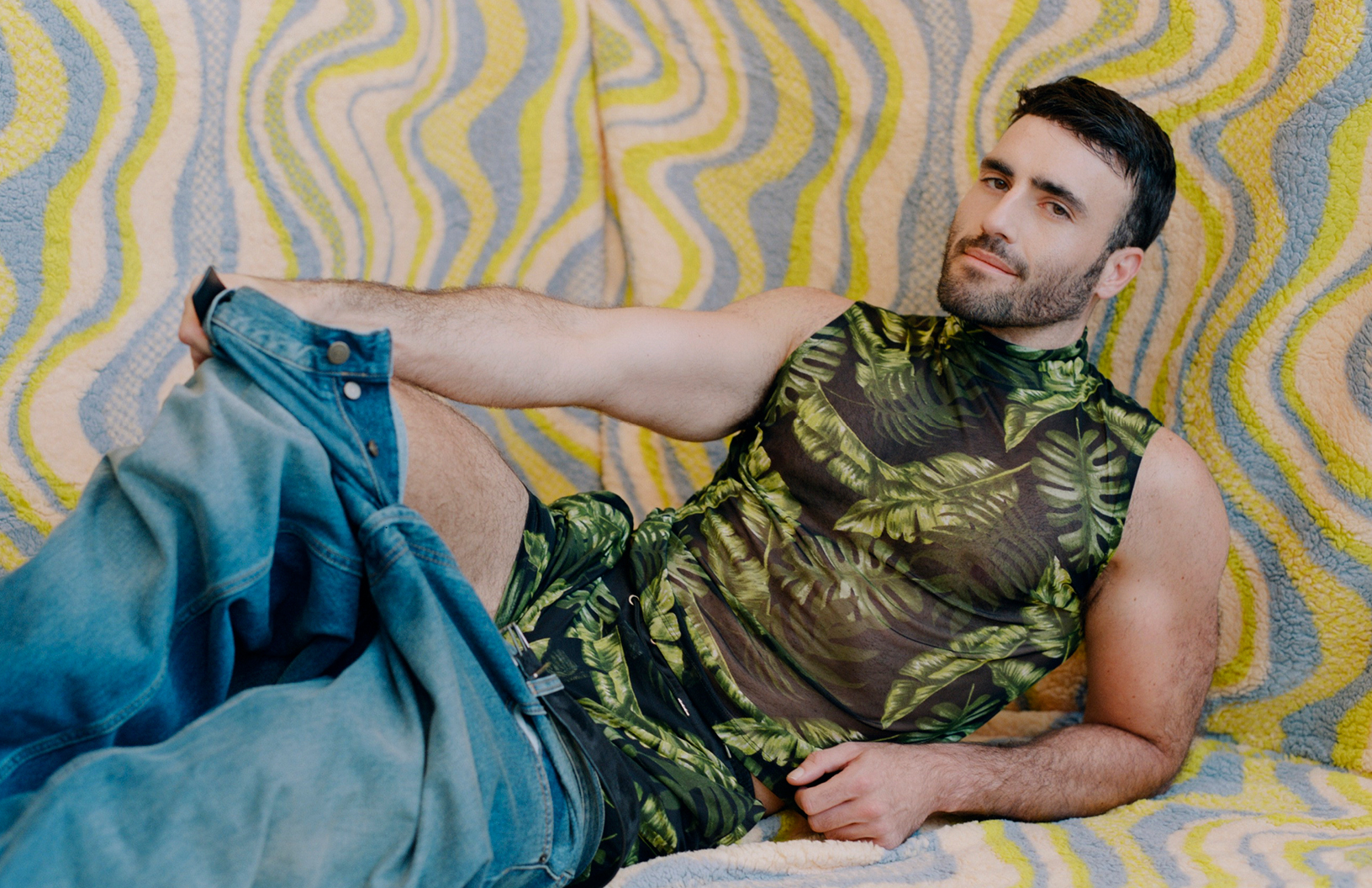 What are your thoughts on creating a more inclusive and diverse stand-up community? How do you think the industry could be reinforced in building a bigger and broader community?

There’s probably a better answer to this than the one I’m about to give, but a comedy club is just a very hetero place by nature. It’s low-effort. You don’t have to dress up for a date. There’s no dancing. There’s no fun, colourful set. You get served whiskey sours and beers at a plain black table. It’s probably next to a sports bar. It’s a haven for the straight man, who historically wants to hear jokes about how women are such an alien species. I think over the last 10 years comedy has evolved to be less of that, but it’s still just part of the culture.

Humour is an integral part of our lives — it’s a natural reaction to life issues, problems, injustices, and the like. Plus, on this scale, comics can lead the world to changes. What do you think about activism and protest in comedy? As a comedian, do you feel that power and responsibility maybe?

Activism through humour holds a lot of power! We’re bombarded with serious news, opinions, and politics – so a comedy bit can be a more approachable way to reach someone. I don’t think comedians should feel any responsibility other than to make people laugh, which is why people are more likely to listen. It’s a break from the world. I don’t consider myself an activist, but some of my best sketches are ones where I have something to say. Other times I’ll make absolute nonsense with no purpose, and I feel great about that too.

How do you come up with content ideas for your sketches, parodies, videos, and everything else? Do you have any special routines?

I’m inspired by a lot of different things. I’ll get back from a trip and write little observational notes that could eventually develop into a sketch. I’ll listen to music and jot down ideas for TikToks that match the lyrics. I’ll collect ridiculous news stories and compile them into one idea. I have a list of hundreds of ideas in different stages of being baked. Sometimes I’ll hold onto one for a while until it feels right. One example that comes to mind is this one song by the Swedish singer Léon that sounded super theatrical and dramatic to me, and it took me 8 months to develop it into what would become a relatable fake indie movie trailer. 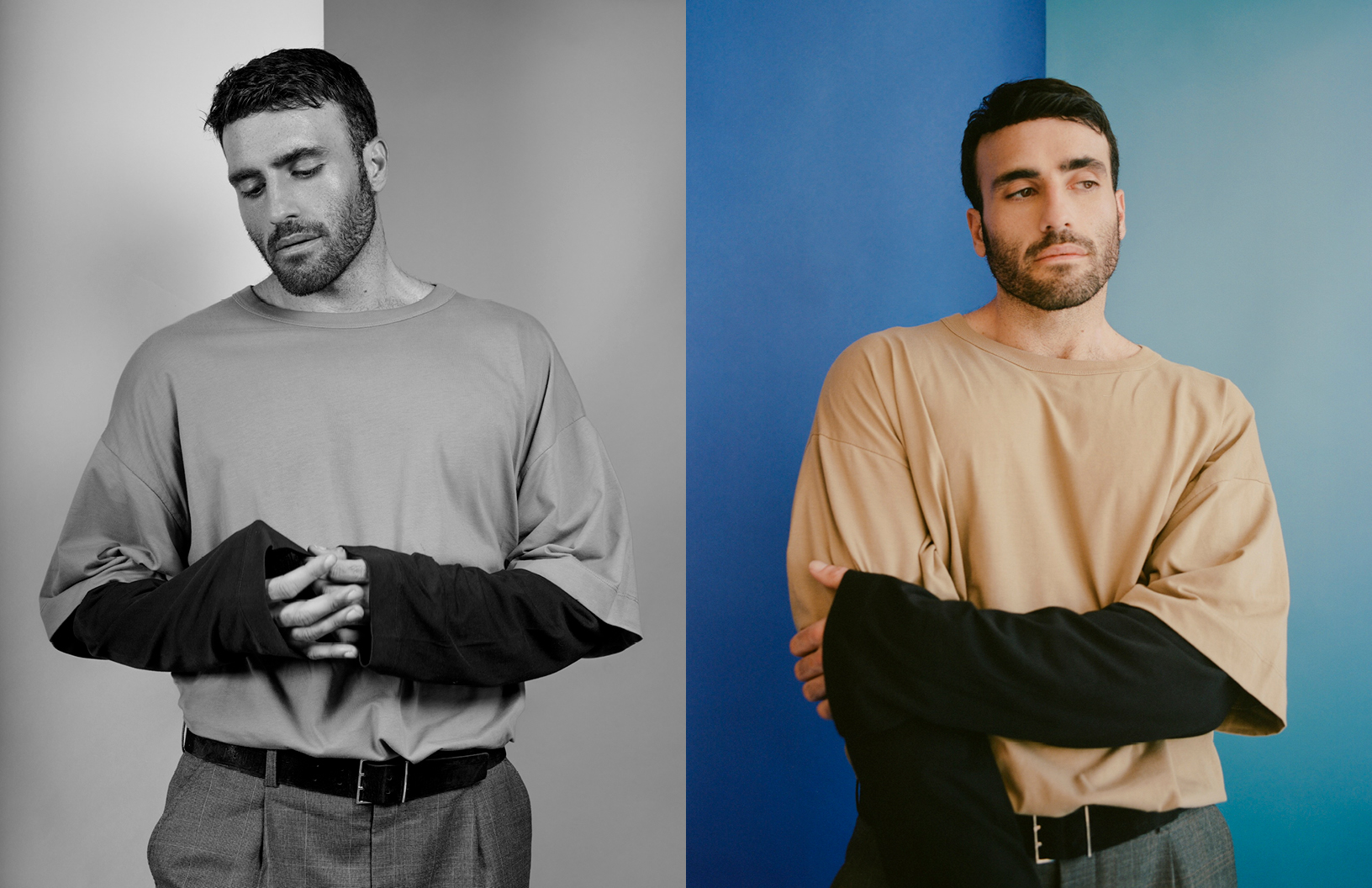 One of the most hilarious and popular series you do is “Gay Science”, as you said once you just tried to explain why gays always drink iced coffee and then carried on creating the next episodes. Why do you think it’s so popular and resonates with so many people? Where do you find those stereotypical questions?

It’s been a really special thing that’s somehow reached the far ends of the internet. I’ll get recognized for Gay Science in queer spaces all the time (most recently, and hilariously, at a sex party). I think it resonates as a different take on LGBTQ+ humour that makes you feel good about being who you are. Most comedy around gay culture likes to drag different communities and shit on the gay experience. It’s so lazy to make fun of gay men that enjoy circuit parties, twinks, or Disney gays – we’re all just trying to find happiness! My process for a Gay Science episode is to find the topics and stereotypes through memed community jokes or ask my followers through Instagram stories. Then I figure out how to spin that stereotype into a positive and later apply it to a field of science like chemistry, physics, social science, etc.

Recently you partnered with The Academy Awards. Could you tell us about that experience?

I’ve been obsessively following awards season since I was twelve years old, so to be at the Oscars was a goddamn THRILL. It still feels surreal to partner with the Academy, create content for them, and meet Jane Campion at the Governor’s Ball. She’s quite the dancer, by the way. 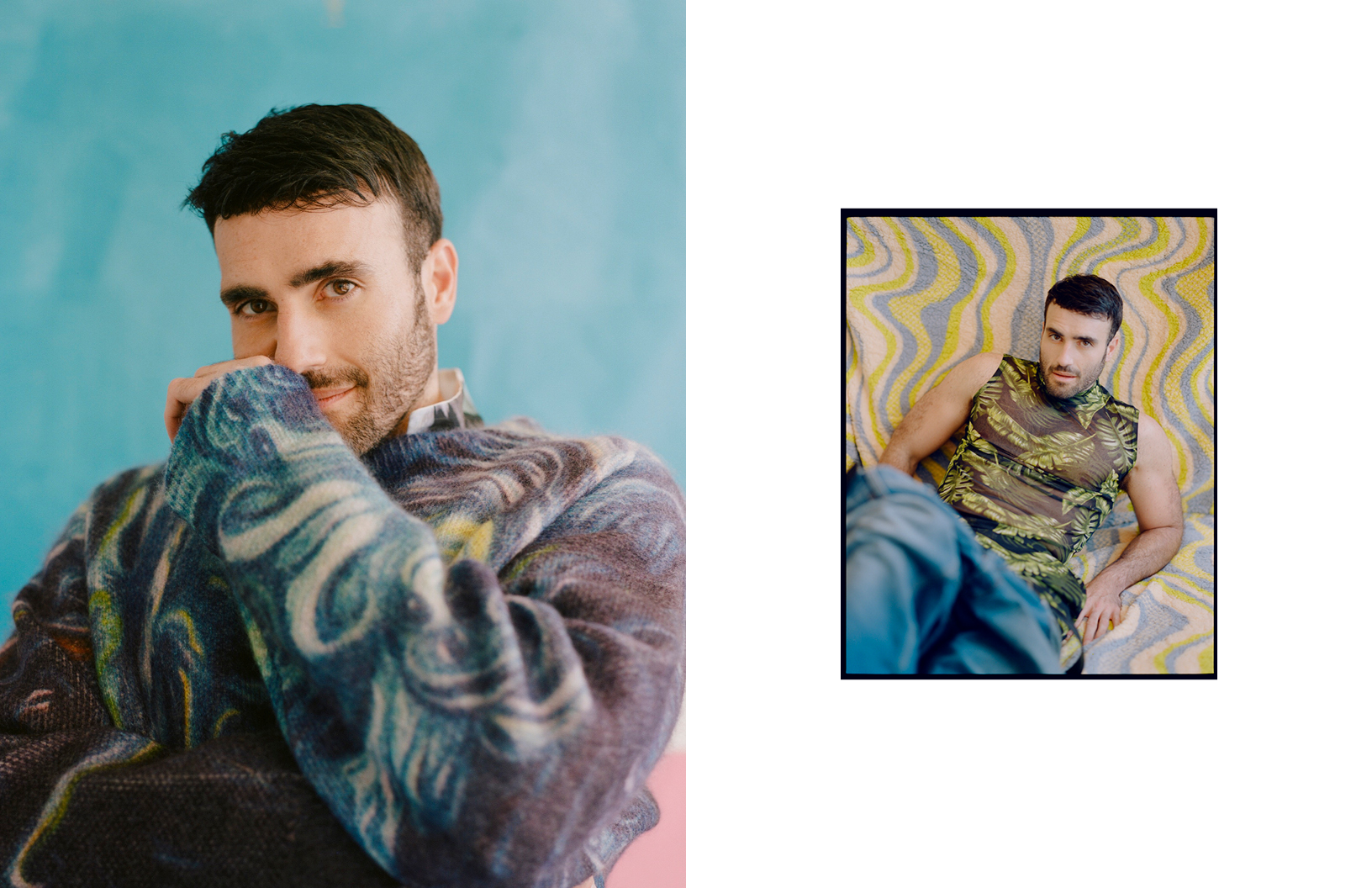 Managing such big social media accounts must be nothing new to you, as previously you worked in the marketing departments of Grindr, The Infatuation and Uber. What do you think your work experience gave you in terms of working as an influencer? Were there any important lessons you learned?

My work experience helped me run my content creation as a business. I learned how to build spreadsheets, design things using Photoshop and Illustrator, how social algorithms worked, how to collect e-mails, how to build a newsletter, how to sell tickets and market an event, among other things. I’m still terrible with money, though.

You care a lot about the community. As 100% of the proceeds from your single “Nothing For You” earned during Pride Month benefited For The Gworls, an organization that helps Black trans people to pay their rent and gender-affirming surgeries. Why was it important for you to raise awareness and funds for that cause? How have you managed to incorporate activism into your work?

I was so happy to raise over $2,000 from the proceeds of that song (and the AdSense money from the music video) in June! It raised $2,143.71 to be exact. Pride month is a time when a select 3-4 well-known LGBTQ+ organizations get massive donations and tons of awareness from corporations. These organizations are amazing but I wanted to do something a little more specific. For The Gworls was born out of NYC with a very specific goal to help the most marginalized part of our community with what they need most. Black Trans people have given the LGBTQ+ community so much, and we should help support them whenever we can.

Together with doing all of the aforementioned things, you also sing and create music videos. When did you realize that you wanted to pursue music? Was there anything that led you to do it?

I’m a musical theatre gay, so I’ve been singing since I hit puberty. Musical comedy on the internet can be a little corny, so I’ve generally refrained from it. I had been writing out concepts for a comedy album that took ridiculous concepts and ideas and turned them into pop hits. “Nothing For You” was a flip on the concept of a love song with a play on submissive kink that’s a staple within the gay community. I wrote it with professional songwriters Sam Creighton, Will Jay, and Zack Djurich and we had a lot of fun putting it together. 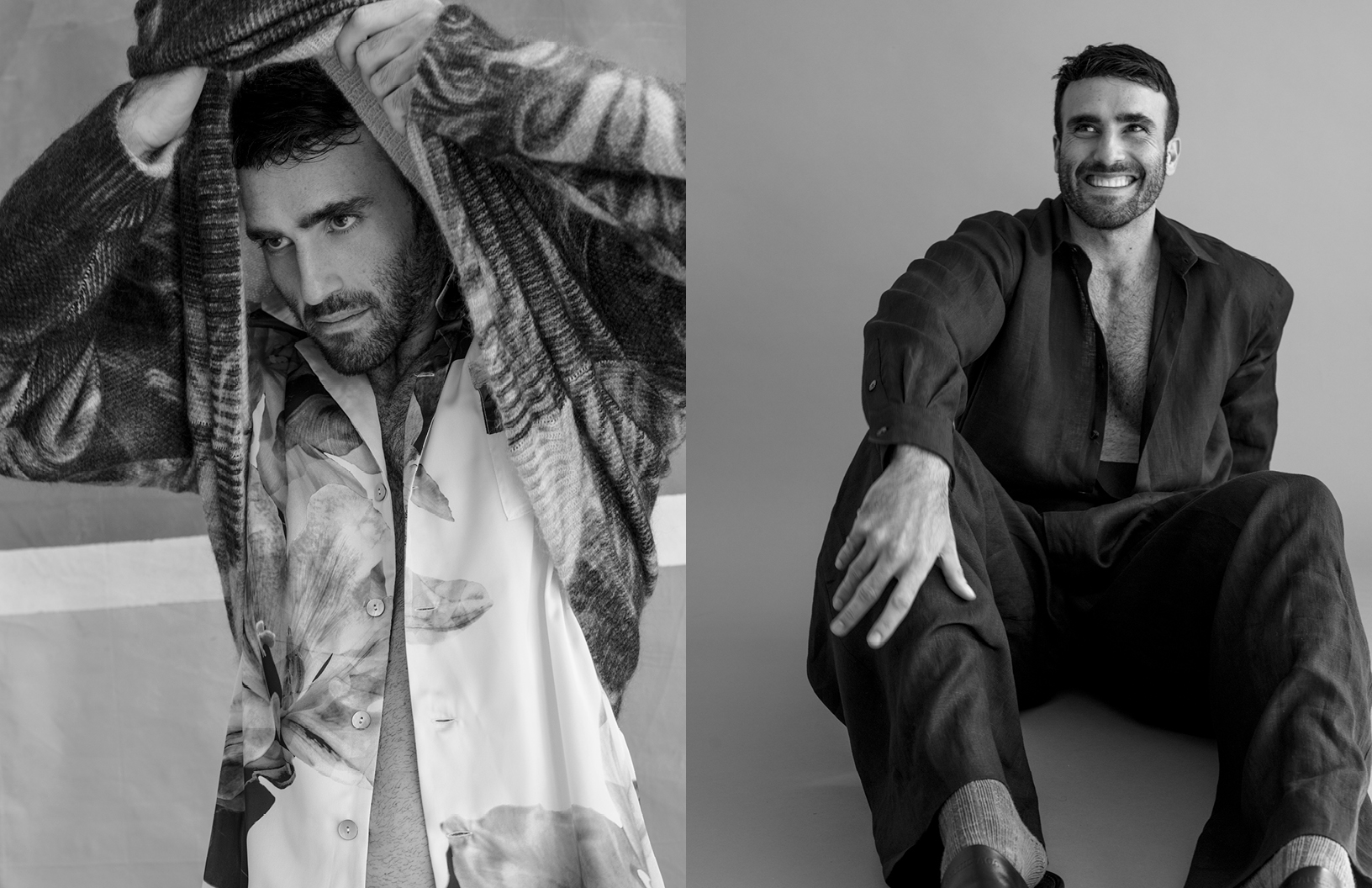 Let’s talk about your second single Is Your Boyfriend Single? and the music video of it. So, what inspired you to write this single? Is there any story behind it? And give us some sneak peeks of what the process of filming was.

I keep running into cute, charming, sexy guys at clubs. We’ll make out. We’ll exchange numbers. And then he’ll be like “meet my husband” or “meet my boyfriend.” It happens almost weekly at this point. So I wrote this song with the same team. It’s a little bit of commentary on open relationships. After we wrote the song, I couldn’t stop imagining a female puppet singing it. So I put together a music video with all puppets (and me playing the Boyfriend). It was a full production in my apartment!

You also will be kicking off your 20-city North American Comedy tour very soon. What people can expect from it?

I’m JAZZED to see everyone up close! It’s a show about gay sex that combines some of my familiar formats into one 60-minute show, with a 30-minute opener from local talent. It’s super personal, explicit, disgusting, funny, and so much more. It’s been one of my favourite things to work on and because my brain never stops, I’m still adding more to it.

Collaboration! I’d love to join up with another comedian or two for a really big live comedy show and have other comedians and creators in my sketches. I’ve done that a few times before, but I don’t collaborate as often as I’d like. I’m an extreme perfectionist and I will rework an idea or shoot it multiple times until I’m happy with it, and you can’t do those things when you work with others. I’m trying to find funny people who have the same work style that I do. 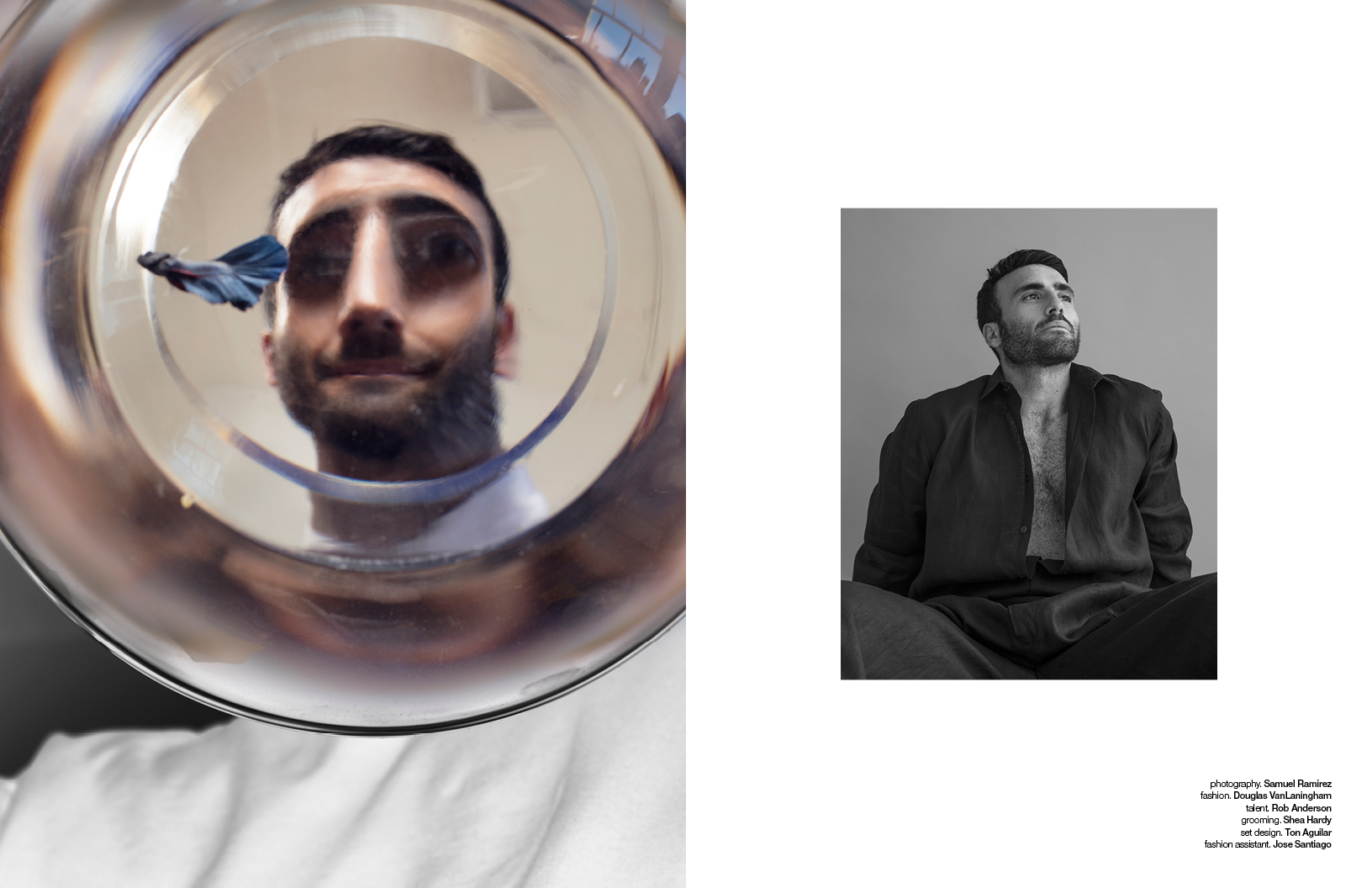