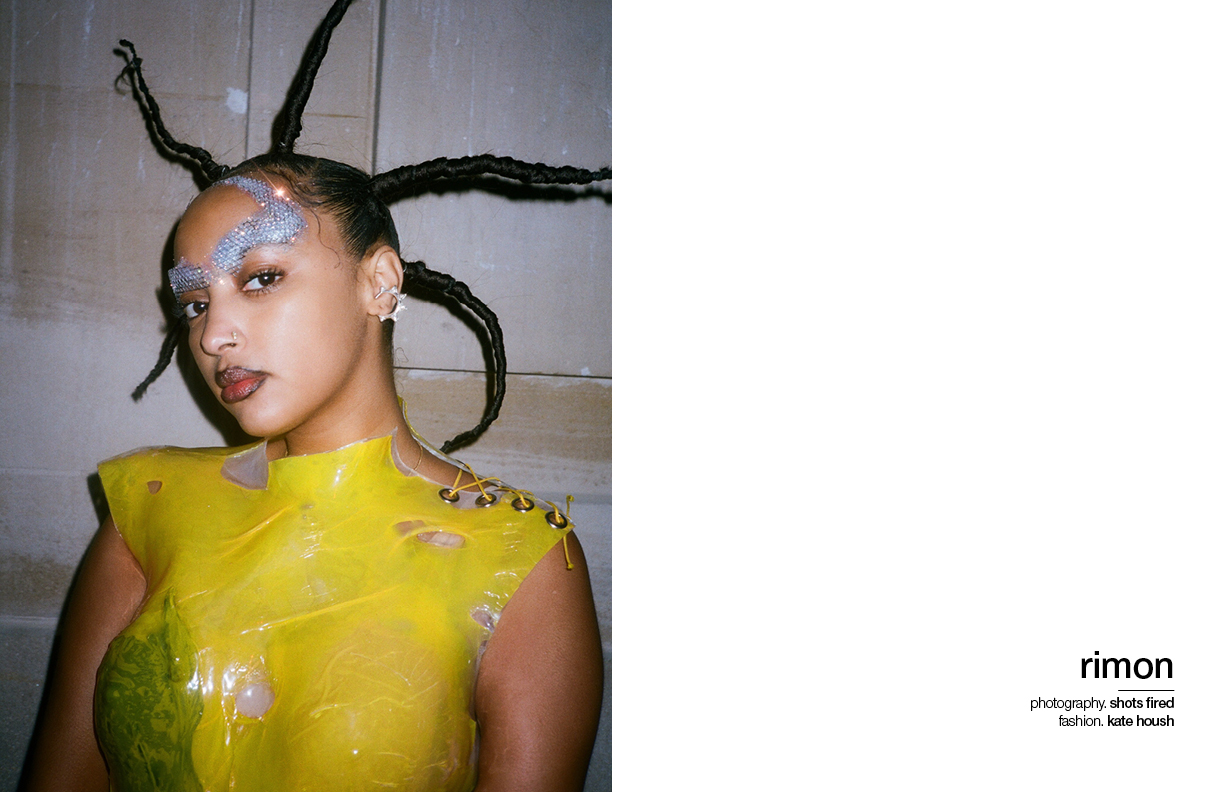 It’s a new era for RIMON so it’s time we caught up. Raised in Amsterdam, RIMON’s emotive storytelling and genre-blending style is a force to be reckoned with. There’s been a drastic shift in her music lately, a transition she powerfully showcases in her quarantine live session which originally aired during the Netherlands’ Eurosonic festival in January. The Eritrea-born, London-based singer flexes her raw vocal ability and poetic lyricism during an emotive performance of her track never learned how to cope and upcoming single Feed Me. RIMON’s artistic nature and sharp eye for the weirdly wonderful forms the foundation of what she calls an “inhuman experience.” Her new outlook came from a universal annoyance: her phone getting stolen. As a result, RIMON went digital-free for some time and being unplugged inspired the singer’s boycott of technology and led to her latest musical offering.

Describe your sound in three words.

What were the key pillars in your life that lead you to music?

My environment and my perseverance. My perseverance because I’ve always had this mentality of going after everything I wished for. I’ve always been singing ever since I can remember so it wasn’t a random move. My environment, as in my friends and collective ALLE$ Lifestyle, who had a huge influence on me creating, but also releasing music, and for inspiring me in so many ways. But also my upbringing, coming from nothing, and just this urge to make something out of this life and knowing that the academic route wasn’t for me.

What can listeners expect from a RIMON ballad?

Melancholy with a hint of drama, including choir, strings and a very personal subject.

Do you write your own songs?

Yes, always [have] done. I am a bit more open to collaborating now though. I think my ego was in the way before, but I still prefer writing my own stories myself.

Who are your avengers of R&B?

What was the idea behind the staging and costume design of your live performance for never learned how to cope & Feed Me?

I just wanted a very simple looking dress that ties into the concept of being your natural self, not too crazy, just the simplicity of being a human in the never learned how to cope sequence. For Feed Me I wanted this inhuman-like experience with a very abstract look for me and the band. It fits with the concept of the song where I’m basically describing how I’m craving information from the biggest drug: the internet and my phone. The location is within a temple with a relief that resembles all the human’s feelings, emotions and soul states.

Your latest project revolves around the difficult dynamic between humans and technology with a particular focus on our relationship with social media and phones. Talk us through that.

I don’t want to spill too much, since the project isn’t out yet. What I can say is it started because my phone was stolen and I had to live without a phone and social media for a while. That’s when I really started observing the way we use social media and technology and it just kinda scared me. It’s such an amazing tool but also so deceiving, addictive and how it has so many messed up side effects like polarisation, miscommunication, cancel culture.

On the talk of technology and human interaction, what would we find you doing when not on your phone?

Mostly spending time with my loved ones, drinking wine with my friends, talking about the world and sharing experiences with each other. Also dancing to uplifting music in front of my mirror. 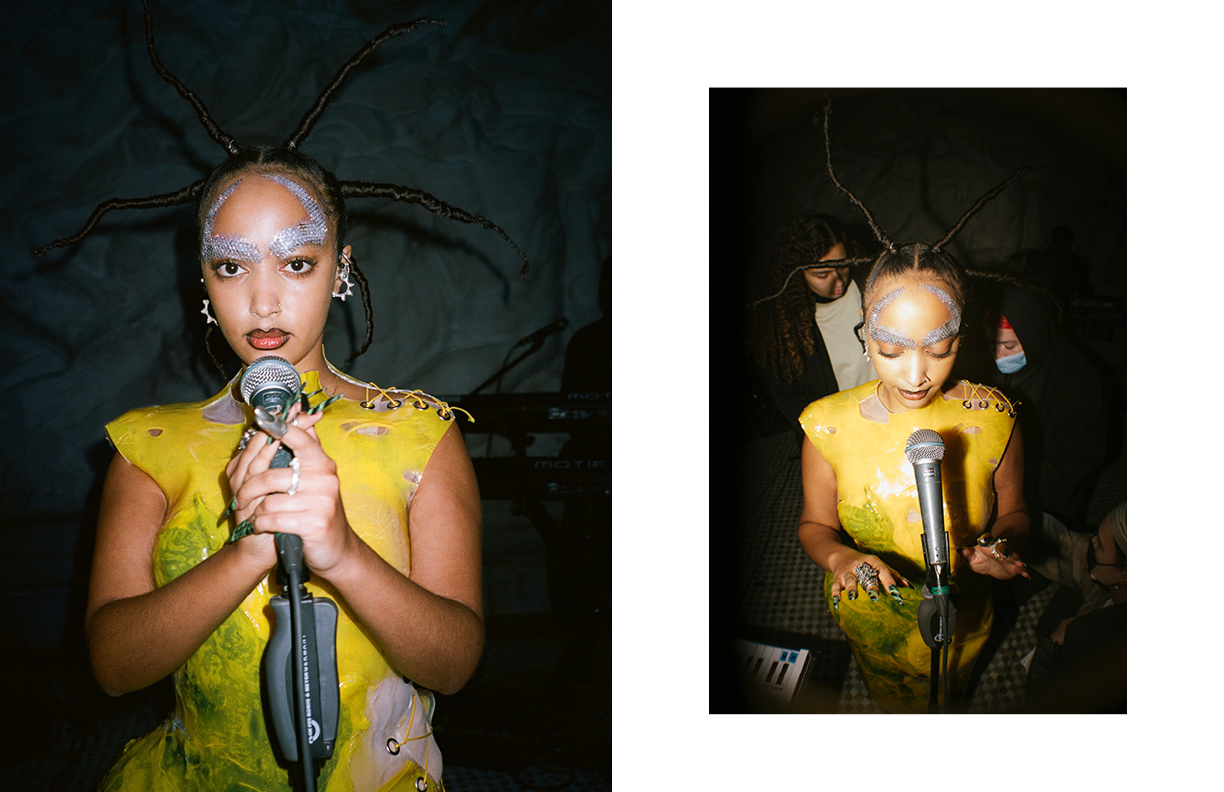 What are some things you wish humans would do more of or less of?

More understanding and truly listening to each other. Less judgement and less shame.

We’re excited for the new project but when can we expect an album?

Hopefully by the end of 2021. After the release of the Digital Tears EP, me and my producer Samuel Kareem will do a 1-month writing camp to finish the songs for the album, but you never know with music…

Who would be your dream feature?

This is a hard one but I think The Weeknd. We share the same background and I think that would be such a dope moment, not only for me, but for the entire Ethiopian and Eritrean diaspora. I’ve spent my teenage years listening to all of his music and I think it’s so inspiring how he started off with groundbreaking alternative R&B and got this far with a very versatile sound now. Also, we’re both [an] Aquarius, that’s a plus as well.

What can fans look forward to from you this year?

Loads of new music, new ways of translating my ideas and thoughts. Hopefully a tour, if Miss Rona allows us, but most importantly a version of myself that’s a few steps closer to the woman I want to be. 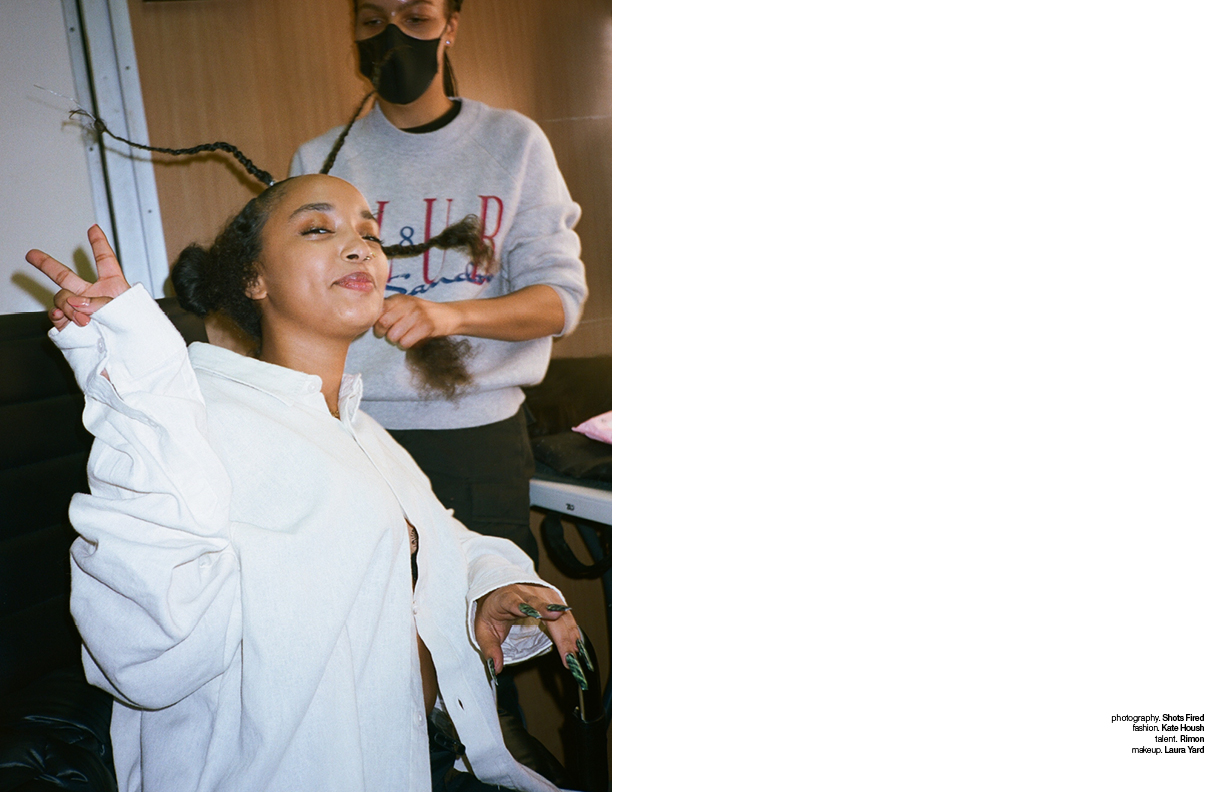 Rimon‘s next single, ‘Feed Me,’ will release in March.