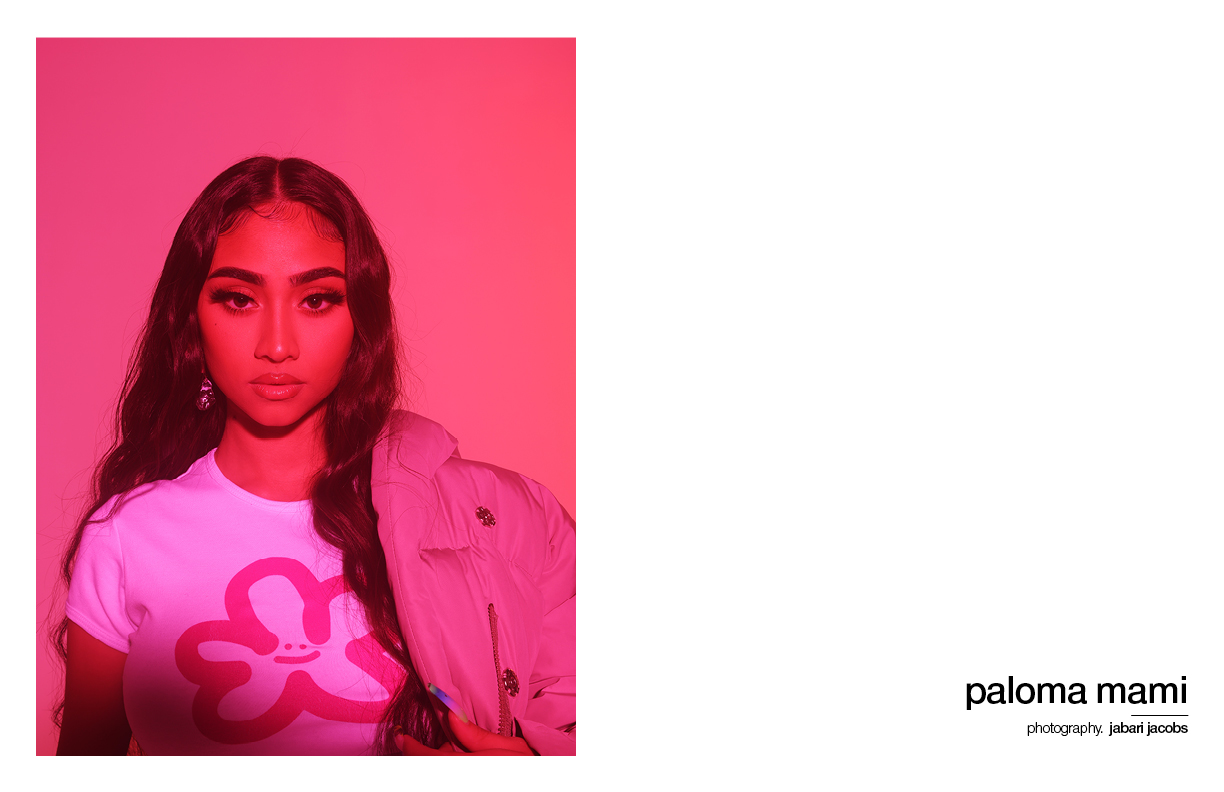 Paloma Mami‘s music is the perfect blend of the hottest sounds right now. She has the presence of a pop star, the soft vocals of an R&B songstress, and an upbeat catalogue of trap-infused Reggaeton beats that make every song replay worthy. Her shining talent goes beyond catchy hooks, as the star mixes both Spanish and English in a way that bridges two musical powerhouses: the US and South America. Raised in both the US and Chile, Paloma believes that her monumental move from Manhattan to Santiago growing up made her even more fearless when it came to pursuing her creative dreams.  As an artist, she takes the best of both cultures and the final result is a global it-girl in the making. Following the release of her album Sueños de Dalí back in Spring, Paloma chats to Schön! about how Sony discovered her after her first release, and the power in believing in your craft.

When did you personally discover that you had a talent for making music – was there a light bulb moment?

I started watching American Idol with my family. I was obsessed with the show and I loved watching everybody get to fulfil their dreams. For me, that was my most exciting part of the week, getting to watch American Idol, getting to see all the judges and see what was good to them [and] what wasn’t. I think that’s when I really started to take an interest in singing.

And what age do you think you were around that time?

I was probably around 10 years old and that’s when I would start singing for my family like “guys, can I sing good?” They were my judges and they were like sure, yeah, keep it going. I mean I was 10. I don’t think I sang that good at 10.

Where do you typically find inspiration for your song writing?

Do you think that’s changed since the pandemic?

At the beginning, it was a bit more difficult because I’m normally travelling from one place to another. It was kind of hard for me to expand my mind when I was just in the same place and had no way to record or anything. I still found a way, though. I was in Puerto Rico at the time so we had beautiful weather. I was with my boyfriend, and I was really happy, so I was able to get through and find inspo. 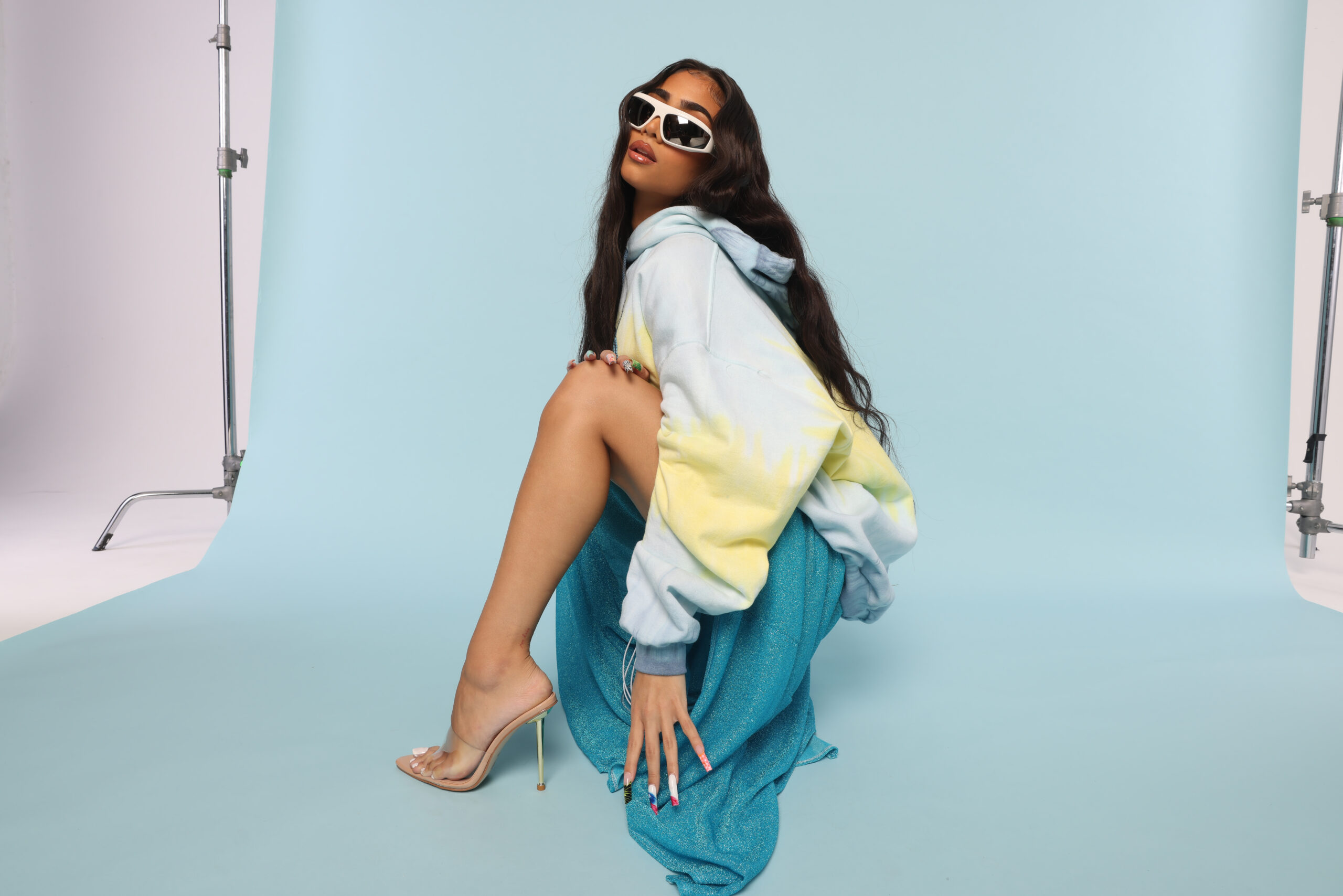 Can you remember how you got into the industry? What was your journey like that lead you to sign with Sony?

I was probably already living in Chile. I was like I should probably try to make music [to] see what it’s like. I’d never been in a studio before. I’d only made songs through Soundcloud and written lyrics in my notebook. [I thought,] I might as well give it a try, even though I have no idea what I’m doing. I didn’t even think about it. I just took that leap. I met with a producer, he bought me to his studio and we recorded my first song that same day. Not Steady was the first one and then we released it and Sony reached out a month after. I got myself into the industry super young and early in my career. I’m glad it happened that way because I learned so much. I was able to grow myself as an artist a lot quicker than I would have by myself.

What encouraged you to start making music in Spanish?

I’d never really heard Spanish music [mixed with] urban and English at the same time. Maybe a couple of times but nobody ever really pursued it that much. I heard it in Spanish versions of songs that Shakira or Christina would do and I wanted to make my own twist. At first, people were like, wait, are you speaking English or are you speaking Spanish? I love that it confused people and made them take notice. It was something super refreshing.

Do we ever hear any of your Chilean background in your music?

Being in Chile every single summer, we’d always listen to either music from Chile or Reggaeton from all parts of the world. They would have lots of Salsa and that’s what my mum would always listening to. My cousins would all be singing along to Reggaeton and that’s when I really fell in love. I feel like I needed to have that mix, so that when I make music, I always remember my background [and] my childhood. 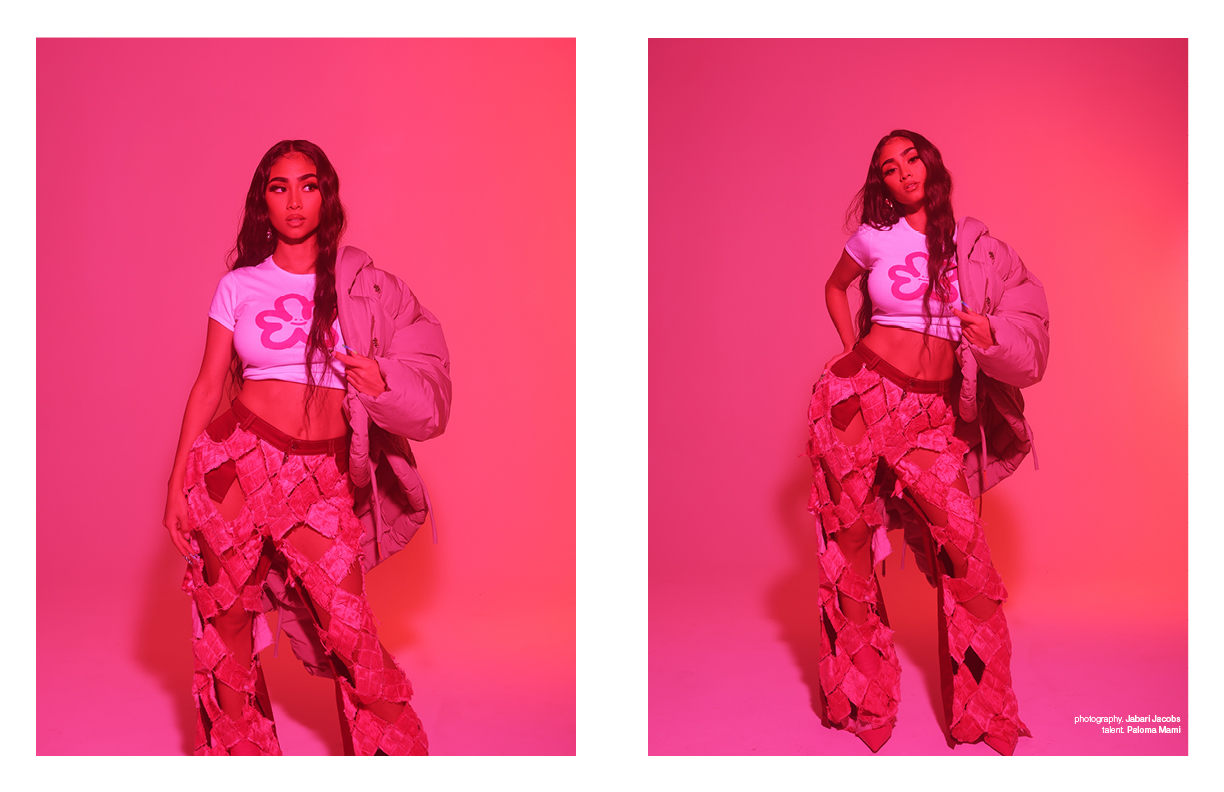 How do you think your move from Manhattan to Santiago shaped you and your music?

What other valuable life lessons have you learnt from the move?

Getting out of my comfort zone and focusing on myself more than anybody else. Believing in myself was something that I learned right at the beginning because, thankfully, my sister she was always with me. She made me believe in myself. I feel like that’s super important. It’s the foundation for an artist. You can’t try to succeed in what you’re doing if you don’t believe in your music yourself . My sister really gave me that confidence, that’s really what made me who I am.

Latin music has experienced a huge international boom. Why do you think it’s more popular now than before?

People are opening their minds up a lot more, not only in the American industry, [but] the whole industry. In the Latin industry, they don’t accept anything alternative or weird. Now, I feel like a lot of different people are coming up who are really making a change.

You released your debut album not too long ago. What’s the next thing your fans can look forward to from you?

My fans are so amazing. I’ve missed them so much. I’m sure it’s the same for every single artist that’s been on a stage before and had a connection with their fans. It’s been so hard this whole pandemic. Thankfully, they’ve all stayed safe. We’ve been communicating through Instagram and social media. Something that they can be excited for is just new music. It’s coming sooner rather than later. They’re really not going to expect this so that’s what I’m excited about.